If I’m fully absorbing Larry Gross‘s riff, the best thing a director can be is (a) very bright, (b) profoundly talented and (c) possessed of a devotional attitude in terms of learning from the work of great directors. Some directors are instinctually gifted without being all that brainy or well-read but who’ve studied the greats (i.e., Steven Spielberg). Others are quite smart but with only modest talent (Woody Allen in Gross’s view). Or are modestly gifted but have learned everything they could from the best (Clint Eastwood in Gross’s view). And some are so in the grip of crackling intelligence that they seem to create more by design or scheme or deliberation than instinct. Which reputable directors appear (or have appeared) to possess all three attributes? Stanley Kubrick, for one. I know there’s a framed quote on a wall in Guillermo del Toro‘s Bleak House that references Albert Einstein, to wit: “Imagination is more important than knowledge.” 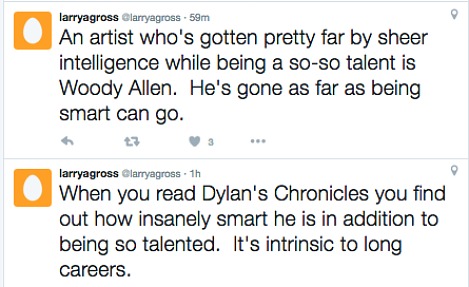 This is what Mel Gibson, Jason Statham or Bruce Willis do — try to save their daughters from kidnapping bad guys. Only this time it’s Nickola Shreli, an Albanian actor under the guidance of director-actor Malik Bader (Street Thief). Plus it feels like Nicholas Winding Refn‘s Pusher. Probably not a grade-A thing to judge from the third-tier festivals it’s played at, but at least it’s not the same old shite. I’d much rather see this than, say, The Nice Guys. Costarring Stivi Paskoski, Danijela Stajnfeld, Herion Mustafaraj. 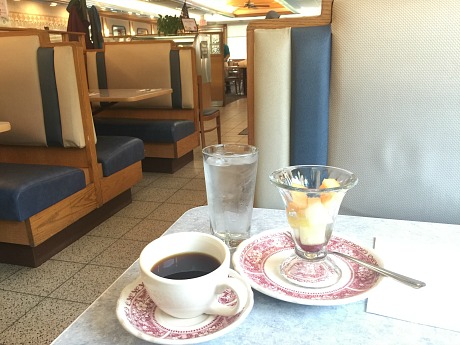 Did you know that many if not most old-fashioned diners serve the same shitty, watered-down muck that Americans used to call coffee before Italian-style gourmet brands became de rigeur? Taken at 8:20 this morning at Orem’s Diner in Wilton, Connecticut. 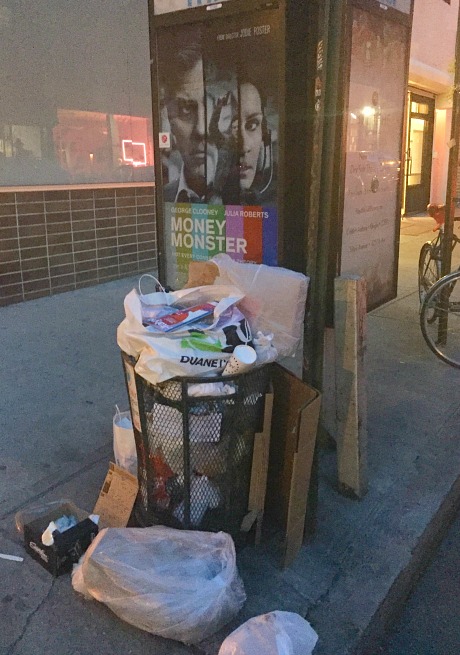 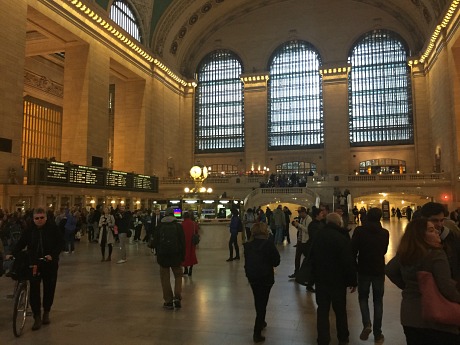 Not the same Grand Central Station shot I’ve posted whenever I visit NYC/Connecticut, but one actually taken this morning at 11:35 am.
(More…)
May 2, 2016 10:03 amby Jeffrey Wells

The reason for Will Ferrell‘s recent decision to bail on playing a dementia-afflicted Ronald Reagan in an adaptation of Mike Rosolio’s Reagan basically boiled down to Twitter pushback and more particularly some outraged views posted by Reagan family members and allies.

I’m not saying that Ferrell’s performance as the nation’s 40th president or the film itself would have necessarily been legendary or world-class or even good, but it might have been. Having read the script, I posted an opinion on 4.27 (two days before the Ferrell turnabout) that “if and when it gets made with a decent director in charge, Reagan could turn out to be Ferrell’s most substantive film ever.”

Imagine if the news had somehow gotten around Twitter-style in 1940 that a 25 year-old upstart had persuaded the RKO honchos to greenlight a film that would contain negative, unflattering views of the life of William Randolph Hearst. The Hearst empire (which sought to have the film suppressed or better yet burned after it was completed) would have instantly tried to get RKO to pull the plug, and it’s at least possible that RKO, not having yet committed major funds to the project, might have caved. But somehow this didn’t happen, probably for reasons having to do with character and cojones.

Imagine also if 22 years later U.S. Air Force reps and the family of Gen. Curtis LeMay had gotten wind of Stanley Kubrick‘s intention to savagely lampoon LeMay in a Columbia film about nuclear war, and their combined efforts, assisted by sympathetic newspaper columnists, managed to persuade Columbia to pull out. It could have conceivably happened.

You don’t play baseball games in miserable, March-like weather. It was bad enough walking around in yesterday morning’s chilly, rainy atmosphere — the idea of huddling damp and shivering in a baseball park for three hours was unthinkable. But that didn’t stop Sunday’s Mets-Giants game from happening as scheduled. The decision to play under conditions that would have given pause to the Green Bay Packers was reprehensible — a corporate-level “fuck the fans” move. Hundreds showed up but notice the empty seats in the photo below. Jett, Cait and myself were among the no-shows. It would have better if the $230-something I paid for relatively decent seats near the third-base line had been given to a homeless person or donated to the Sanders campaign. I took a train to Connecticut and enjoyed a nice, kick-back day with no filing. It’ll be another decade or two before I even think about buying New York-area baseball tickets again, certainly in the spring. 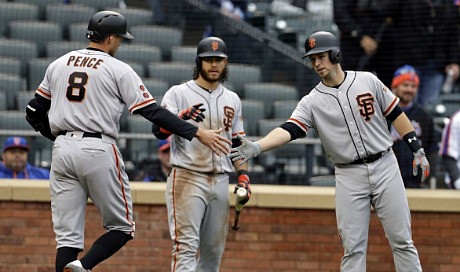 Toward the end of a 5.1 New York piece that assesses the foreboding cultural-political impact of Donald Trump‘s presidential campaign, Andrew Sullivan writes the following: “More to the point, those Republicans desperately trying to use the long-standing rules of their own nominating process to thwart this monster deserve our passionate support, not our disdain.” The word “monster” isn’t a rash or cruel characterization of Trump — as Robert Kagan‘s 2.25 Washington Post op-ed piece explained in compelling if chilling terms, it’s an accurate one. Nor, obviously, is “demagogue” an unfair or inappropriate term. But Trump voters continue to eat, drink and think on another planet. It’s not that they’re oblivious to the game that Trump is playing or the spears he’s been throwing around, but they’re apparently still persuaded that his bully-boy, bull-in-a-china-shop attitudes are overlookable because at least he’ll shake things up and cut through the bullshit. The views of pundits like Sullivan and Kagan and pretty much the entire Washington D.C. cultural-political complex continue to fall on deaf ears. Because the Trump tune is largely about racial pushback, and in the view of white rurals it takes a monster to fight a monster, the latter being (in their minds) a sea-change in the cultural makeup of this country and the shifting power dynamics that have resulted. Trump is about race, stupid.