I’m blowing off this morning’s 9 am Cannes showing of Shane Black‘s The Nice Guys.  It’ll be playing everywhere in Europe in just a few days so I can catch it when there’s nothing better to do. I might have attended the 9 am Nice Guys showing if it weren’t playing in the Salle Bazin, which is on the smallish side and thus would have required my lining up by 8:25 or 8:30 am to be assured of a seat. Not worth the hassle.

Andrea Arnold‘s American Honey is the second truly exceptional film I’ve seen in Cannes since the festival began last Wednesday night. It’s a kind of Millenial Oliver Twist road flick with Fagin played by both Shia Labeouf and Riley Keogh (Elvis’s granddaughter) and Oliver played by Sasha Lane…but with some good earthy sex thrown in. There’s no question that Honey stakes out its own turf and whips up a tribal lather that feels exuberant and feral and non-deodorized. It doesn’t have anything resembling a plot but it doesn’t let that deficiency get in the way. Honey throbs, sweats, shouts, jumps around and pushes the nervy. (Somebody wrote that it’s Arnold channelling Larry Clark.) It’s a wild-ass celebration of a gamey, hand-to-mouth mobile way of life. And every frame of Robbie Ryan‘s lensing (at 1.37:1, no less!) is urgent and vital. 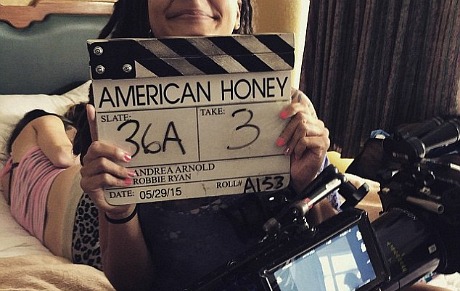 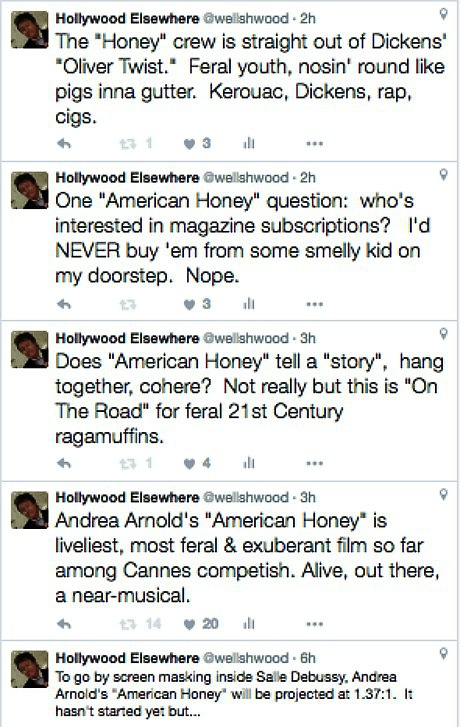 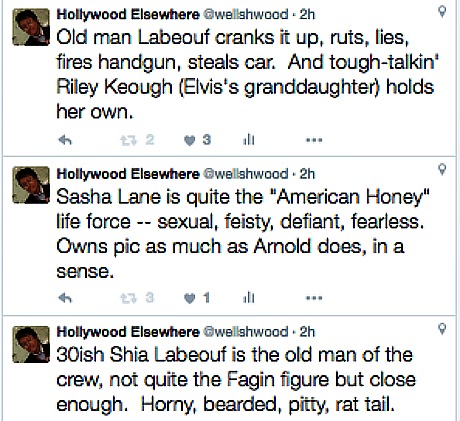 After sitting through a pair of long, somewhat punishing films back to back (Park Chan Wook‘s The Handmaiden, Steven Spielberg‘s The BFG) and then Pete Hammond‘s American Pavillion interview with Carrie Fisher and Fisher Stevens regarding Fisher’s Bright Lights doc, I briefly schlepped around and then retreated to the pad. And napped for an hour…sorry. Now it’s 6:15 pm and I have to attend a 7 pm Salle Debussy screening of Andrea Arnold‘s American Honey (a road pic about kids selling magazine subscriptions, which presumably means it’s a period film). All I have time to post right now are today’s Handmaiden and BFG tweets.  Nothing more until tomorrow morning. 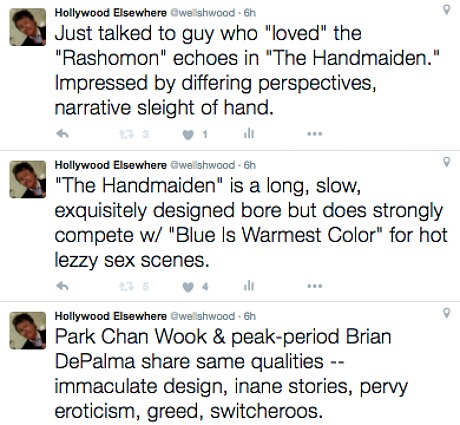 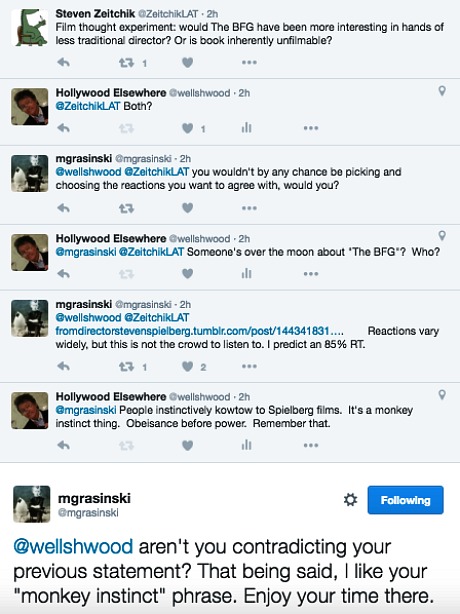 In the comment thread of Gail Collins‘ 5.12 N.Y. Times piece titled “Bring Hillary and Bernie Together,” R. Adelman of Philadelphia replied as follows: “Though I support Mrs. Clinton, since her policies fall in the category of pragmatic progressivism, which has proven efficacious in the past (including during the previous administration), I am glad that Sen. Sanders persists. Yesterday he said that the American government bailed out the big banks, so now it’s their turn to help indebted college students by bailing them out, and I thought that was a reasonable statement. Sanders improves the party’s social conscience — something often lacking in the opposing party — and that improves the Democratic platform. While Secretary Clinton is the best candidate and it’s her turn, it’s fitting and proper that Sen. Sanders should persist…as a kind of conscience for the party.”