Support on Patreon Follow @wellshwood
62 Comments
Ignorance Is A Choice

Donald Trump may be the most famous proponent of views that are clearly unsupported by facts, but there are many others, obviously, who insist on clinging to fantasy. 13 years ago Hutton Gibson, Mel Gibson‘s father, gave an interview in which he questioned Germany’s ability to get rid of six million bodies during the Holocaust. Holocaust denial is, of course, an anti-Semitic mindset that imagines the Holocaust to be a mythology created to advance the interest of Jews. But all of this seems so fringe, so 20th Century. If it had been released in 1979, okay, but now? I just don’t see anyone clamoring to see a film in which thoroughly verified historical fact (I’ve been to Dachau and Terezin) is disputed by a nutter. Bleecker Street will open Denial on 9.30.16.

Impression #1: That Entertainment Tonight vibe has always made me want to throw up, but this time we have Kevin Frazier saying “Hey, you’re looking to throw up, right? Well, why not take a minute to absorb my on-camera attitude and personality so you can really throw up? With gusto, I mean. Big splat.” Impression #2: Three and a half years ago director-writer Chris McQuarrie surprised everyone by making Jack Reacher into a lean and mean thing. Realistic chops, no jumping off buildings, no stupid CG bullshit. But Jack Reacher: Never Go Back (Paramount, 10.21) is an Ed Zwick film, and that almost always means trouble. One way or another Zwick always seems to overbake it, push it too hard. And I hate, hate, hate the presumptuous, sexy-smug attitude broadcast by costar Cobie Smulders. Get outta my life.

8 Comments
The Day The Clown Was Yanked

A friend sent me a link to Brown’s video yesterday morning, and I strongly felt that it was too important to keep private. I didn’t initially know it had been seen by tens of thousands on German TV earlier this year, but that, I felt, made it even more okay to post a link.

Brown wrote me this morning to say she’d yanked the video out of concern that Lewis’s attorneys might make trouble for her. After donating TDTCC to the Library of Congress Lewis stipulated he didn’t want the film seen until 2025. Apparently German broadcasting laws enabled the TV station, Das Erste (ARD), to air it without fear of legal consequences.

My response to Brown: “The Der Clown footage in question was broadcast to tens of thousands last February on Das Erste, and was therefore available to every Tom, Dick & Abdul who happened to watch it in their chalets and rent-controlled apartments from Hamburg to Dresden to Munich and a thousand places in-between, but if an edited-down version is seen over here via a single Vimeo file you could ‘get in a lot of trouble’, as you put it? Yeah, that makes a lot of sense.

“TDTCC is a kind of ghost cult film, one that has been written about and discussed (as well as mocked & derided in absentia) by film sophistos for at least two or three decades. Last year I nearly drove all the way down from Washington, D.C. to the Library of Congress film archives in rural Virginia with a vague hope that I might persuade the archivist to let me see stills from TDTCC, and then out of the blue actual scenes in some kind of narrative sequence turn up on Vimeo? What a trove! 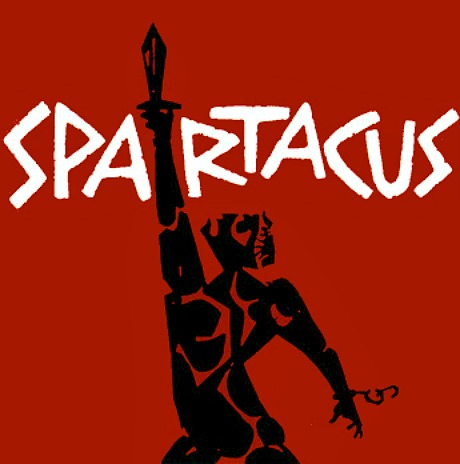 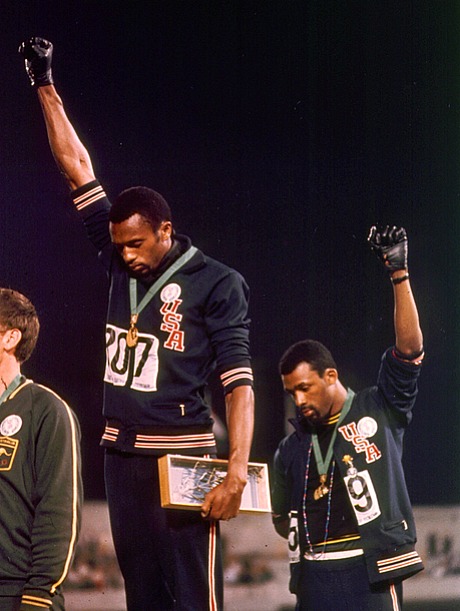 Tommie Smith and John Carlos during the medal ceremony at the 1968 Summer Olympics in Mexico City’s Olympic Stadium. 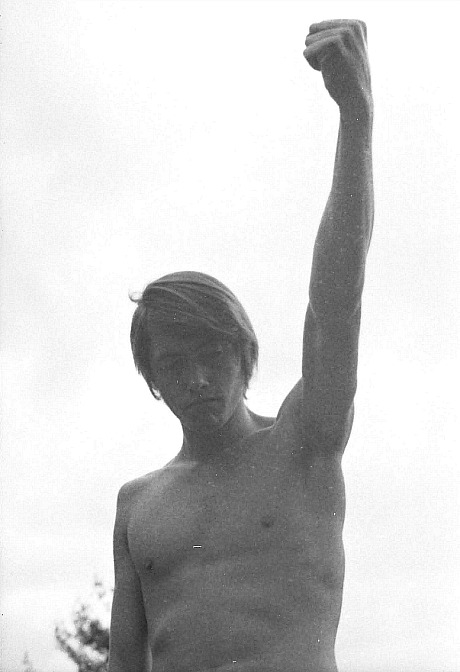