Support on Patreon Follow @wellshwood
8 Comments
Three Out Of Four

Roland Joffe‘s The Killing Fields (’84) is, of course, a respected, harrowing, award-winning drama about the real-life horrors experienced by N.Y. Times reporter Sydney Schanberg and Cambodian photographer and interpreter Dith Pran. To me here were always four stars of that film — Sam Waterston (who played Schanberg), Schanberg, Dith and the Cambodian actor who played him, Haing S. Ngor, and won a Best Supporting Actor Oscar for his efforts. With today’s announcement of Schanberg’s death at age 82, only one of the original four is still with us — Waterston. Ngor, whom I interviewed for Us magazine in the fall of ’84, was killed by Los Angeles gang-bangers during a robbery assault in 1996. And Dith died of pancreatic cancer in ’08.

There’s a piece in the August issue of Town and Country, written by Daniel Mendelsohn (who is not, as far as I know, related to HE’s constantly sweating, cigarette-smoking Ben Mendelsohn) and dated 6.29.16.

Definitely not aimed at under-40 readers, the piece is called “Is This the End of Civility As We Know It?” and is basically about how social media has created a more self absorbed and narcissistic population. The message is moot but stated nonetheless: when you’re out and about, it’s uncivil to engage in a more profound relationship with one’s cell phone than with the person or universe in front of you. And more than that, it makes you an idiot. 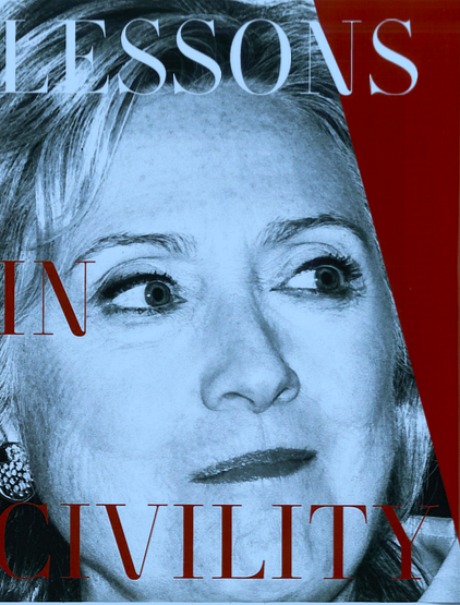 Related quote: “The Greeks had a special horror of people who imported their private concerns into the public arena — the agora, where civic life unfolded.

“In fact, they had a word for that kind of person. Idiotes is derived from the adjective idios, which means private. Originally its meaning was innocuous: a private person. But precisely because life in a city like Athens or New York takes place in shared spaces as well as in private ones, the word came to mean someone who was irritatingly, stubbornly, contrarily ‘private’ even when he shouldn’t be.

“Over many centuries the last syllable of the word was eroded away by a million lips in 10,000 cities, from Athens to Constantinople to Antioch to Rome, leaving us with what is, when you think about it, as good a term as any to describe a figure who clomps obliviously down a city street while seemingly talking to himself, or sucker-punches someone for having different views, or practices any number of other behaviors that we would once have laughed at but now have become appallingly common: idiot.”

Now, with six more women having told tales about Ailes (two on the record, four anonymous) in a just-popped New York piece by Gabriel Sherman, it would appear that he’s completely finished — no ifs, ands or buts.

Sherman’s story actually states that “more than a dozen women have contacted Carlson’s New Jersey-based attorney, Nancy Erika Smith, and made detailed allegations of sexual harassment by Ailes over a 25-year period dating back to the 1960s when he was a producer on The Mike Douglas Show.” Sherman’s story doesn’t suggest that Ailes is “the new Bill Cosby,” as someone called him a day or two ago, but his alleged behavior is close enough.

Every dog has his day. Couldn’t have happened to a nicer guy.

The primary conveyance in Tope Ongundare‘s “The Vitality of Monica Vitti,” a Fandor video that popped on 6.7, is that her existential angst channellings in those four Michelangelo Antonioni movies (L’Avventura, La Notte, L’eclisse, Red Desert) wouldn’t have penetrated if she hadn’t also conveyed gioia della vita — intensity, aliveness, a readiness to dance at the drop of a hat. Which is true. I’ve been a Vitti fan for ages so don’t tell me.

You know who also doesn’t need a reminder? Greta Gerwig. On 7.13.13 I tapped out the following after catching a screening of L’Avventura at the Film Forum:

“Gerwig was there, sitting all alone in the 10th or 11th row. We talked a bit after the show. She’s thoroughly spellbound by Vitti‘s performance, she said. Like me, she’s seen L’Avventura six or seven times. This is what women of extraordinary character and cinematic devotion do — they slip into revival screenings of classic films on a Friday night without a boyfriend and certainly without an entourage.”

I’m still not sure if Ang Lee‘s Billy Lynn’s Long Halftime Walk (TriStar, 11.16) has been entirely or partially shot in 6K at 120 frames-per-second. Let’s assume “entirely” until someone in authority states otherwise. I for one am tingling with anticipation at watching an Iraq War Catch-22-like satire at 120 fps all in. Even if the process is just being used for the battle scenes, I’m there with bells on.

Collider‘s Steve Weintraub recently spoke with Billy Lynn (and Equals) costar Kristen Stewart about Lee’s process. Her answer suggested that Billy Lynn‘s HFR will be a different deal than the 48 fps projection that Peter Jackson‘s The Hobbit (Warner Bros., 12.14) was projected at in some venues, and which was met with scorn.

“The way Ang described it is he feels so disconnected from movies that he watches that he just wants to feel like he’s closer, and that he’s done this with Billy Lynn. He’s somehow achieved that, so I can’t wait to see it,” Stewart said. “Usually if you do that without whatever process he’s doing — [and] I have no idea [what that is]– it makes it look like reality TV, it makes it crisp in a way that actually detaches you. [But] he messes with depth of field. Usually the way a lens works, you control where the focal point is, [but] in this case everything’s in focus. So when you watch the movie you can decide, almost as if you’re there in person, what you want to look at, which has just never been seen before on film.”

Every person on the planet with functioning eyes, even those wearing high-magnification lenses, is processing life at 120 fps. That’s how our eyes make reality look. But replicate a semblance of this in a feature film, as Peter Jackson did with The Hobbit, and people freak out. They want the familiar bath of 24 fps. I loved the Hobbit‘s 48 fps process, if only because it relieved me of having to pay attention to the plot and the performance.