Support on Patreon Follow @wellshwood
26 Comments
Pressed Between The Pages

If I was Seth Rogen and Bill Simmons had asked me to reflect on the Sony hack, I wouldn’t have mentioned concerns about personal emails being revealed or even poor Amy Pascal getting whacked. I would have definitely mentioned the shameful corporate cowardice factor — the way Sony and theatre chains trembled before anonymous hackers and let their cheap threats dominate the situation. Until the indie chains stood up and pushed back. The candy-ass corporate guys showed what they were made of, all right, and it wasn’t true grit.

Posted on 12.16.14: “Deadline‘s Jen Yamato is reporting that Sony has more or less folded in the face of a blustery, probably full-of-shit threat from the Sony hackers who have warned of 9/11-style attacks upon theatres that play Seth Rogen and Evan Goldberg‘s The Interview.

“‘Sony isn’t yet cancelling the Christmas release of The Interview,” Yamato wrote, ‘but the embattled studio has given its blessing to concerned theater owners who choose to drop the controversial comedy.’

I respect the Rogue One screenwriters, Chris Weitz and Tony Gilroy, and I’m presuming that Disney’s decision to put Gilroy in charge of five additional weeks of shooting and give him final editing authority over original director Gareth Edwards was well motivated. The multicultural makeup of the characters feels p.c. minded, but what else is new? Felicity Jones and Diego Luna have a certain panache, but the rest of the cast feels second-stringish. Okay, Forrest Whitaker excepted.  Let’s leave Ben Mendelsohn alone for now. The Chinese characters/actors — Jiang Wen‘s Baze Malbu and Donnie Yen‘s Chirrut Imwe — were naturally written and cast to energize the Chinese market.  Cold calculation.

I’ve just been through nine hours of soul-draining tedium — a Florence Foster Jenkins review that took forever to get right + increasingly sluggish systems on all three Macs (two Pros, one Macbook Air) + a mutiple ad-loading problem that’s been slowing the site down to a crawl (but which is being fixed as we speak). It was awful, the whole day. And then things suddenly brightened when the UPS guy dropped off two packages — a British Bluray of John Schlesinger’s A Kind of Loving (which I ordered last June) and a pair of saddle shoes that aren’t Tony Curtis-approved but aren’t too bad. 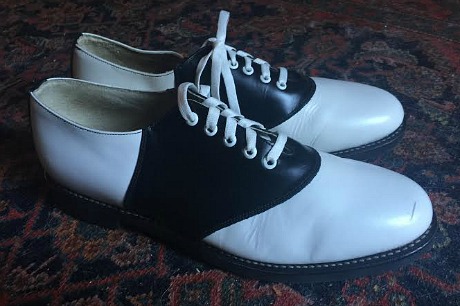 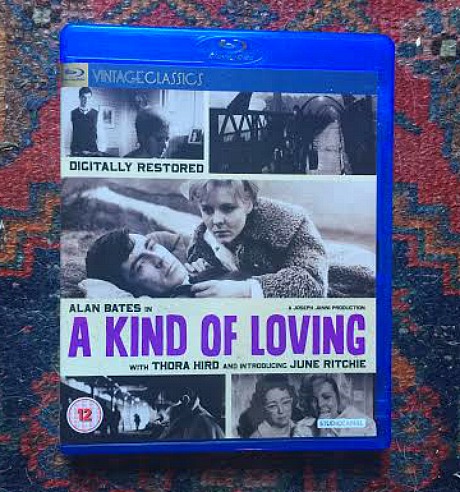 All this week the cool kidz have been flutter-chatting about Barry Jenkins‘ Moonlight (A24, 10.21), which will probably play Telluride before Toronto and New York. A publicist last night after Hell or High Water screening: “Have you seen it?” Me to myself: “No…other journalists have?” (I’m told that a small New York critics screening happened on 7.22.) Is it okay to mention something that the cool kidz would never discuss? It’s not exactly breaking news that the African-American community has been reluctant to offer accepting attitudes toward gays. Especially among males. (The Birth of a Nation‘s Nate Parker being one alleged example.) So while it looks like Moonlight is going to do quite well among the award-season cognoscenti, it may not do as well among non-Anglo, non-industry ticket buyers. I was told last night, by the way, that the standout performance belongs to Naomie Harris.