“The Declaration of Independence, adopted on July 4, 1776, proclaimed that the 13 American colonies were detaching themselves from English rule and were therefore free and independent states — quite a brave thing, raised quite a rumpus. The United States of America would not become relatively united and cohesive until after the end of the Civil War, of course, but for 135 years the U.S. of A. at least approximated the idea of a nation more or less bonded by shared beliefs, convictions and social goals. That’s obviously no longer true. Today the U.S. of A. is impossibly divided and never the twain shall meet. The right has gone totally around the bend. The urban Blues are the Czech Republic and the rural Reds are Slovakia, and I really think it’s time for the Czechs to sign a new Declaration of Independence and cut those bozos loose.” — posted on 7.4.14. 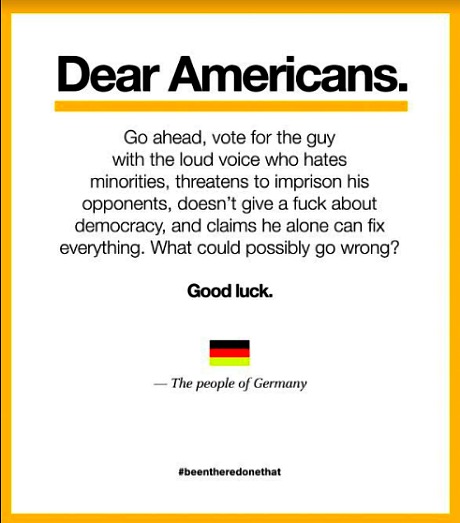 November 6, 2016 4:09 pmby Jeffrey Wells
17 Comments
Casey Seems Like The Brooding, Mopey Type, Granted, But There’s A Lot To Be Said For Not Exuding Billy Bush Vibes

Casey Affleck “is on the precipice of wider glory…with his much praised lead performance as a grief-stricken janitor in Kenneth Lonergan’s Manchester by the Sea (Roadside, 11.18),” writes N.Y. Times award-season columnist Cara Buckley. “The movie, and Mr. Affleck’s turn, drew gasps at this year’s big film festivals, along with awards chatter; the accolades heaped on Mr. Affleck included ‘the performance of his career.’

“All of which makes him squirm, or so he says. ‘The idea of someone not liking me or not liking my movie was always easier to deal with than someone really liking it,’ Mr. Affleck, 41, said in an interview last month in Manhattan. ‘I don’t know why.'” 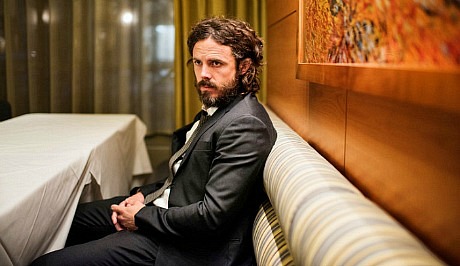 I’ll tell him why. Most of what sounds like praise is gushy and fleeting and probably insincere to some extent, but dislike or disapproval are fairly trustworthy, at least over the short haul.

The essence of Affleck’s Lee Chandler character in Manchester is an inability to put aside a painful episode, to forgive one’s self, to move on. Some people don’t relate to a character like Lee because we’re all committed to a positive, make-it-better attitude — healing, self-improvement, growing, opening doors. But everybody has something bad that they’ve done (or have failed to do) that they can’t forgive themselves for. Everyone. For me it’s something I did when I was five or six, when I beat what looked to me like a snapping turtle with a stick, beating it so hard that I made the turtle’s shell bleed. I also feel pretty badly about descending into vodka abuse from ’93 to early ’96, and the shit that came out of that.

Everyone has one or two of these episodes stuck in their craw, and if you can’t relate to Lee Chandler’s plight in Manchester, you’re probably being dishonest with yourself to some extent.

November 6, 2016 2:20 pmby Jeffrey Wells
52 Comments
Because Many If Not Most People Are Too Slow and Befogged to Pay Attention, Comey’s Letter Won’t Change Any Minds

From Alan Rappeport N.Y. Times story, posted less than an hour ago: “The F.B.I. informed Congress on Sunday that it has not changed its conclusions about Hillary Clinton’s use of a private email server as secretary of state, [and thereby] removing a dark cloud that has been hanging over her campaign two days before Election Day. 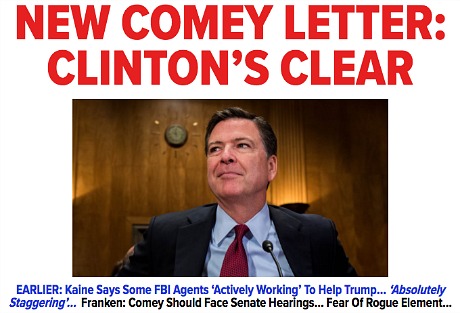 “James B. Comey, the F.B.I. director, said in a letter to members of Congress that ‘based on our review we have not changed our conclusions that we expressed in July with respect to Secretary Clinton.’

“The news that the bureau was looking at emails that it found on the computer of a top aide to Mrs. Clinton, Huma Abedin, rocked the presidential race last month and provided a new opening for Donald J. Trump.

“Brian Fallon, a spokesman for Mrs. Clinton, said in a post on Twitter that the campaign was always confident that she would be cleared of any wrongdoing. ‘We were always confident nothing would cause the July decision to be revisited,’ Mr. Fallon said. ‘Now Director Comey has confirmed it.'”

When this Laurel & Hardy scene was shot sometime in the early ’30s, laughing a little too loudly in a restaurant was regarded as a social faux pas. Nowadays it’s completely normal and even de rigueur for people to laugh like Stan Laurel and then some — shrieking like hyenas, throwing their heads back — in cafes, restaurants and bars. Especially among women who’ve had a couple of glasses of wine. In the same sense that George C. Scott‘s General Patton claimed that he fought in a famous battle between the Romans and the Cathaginians, I am that moustache-wearing guy sitting behind L&H who twice turns around to give Stan the stink-eye. I am also that woman seething at the table.

I hate, hate, hate the idea of paying to see Doctor Strange sometime this afternoon. I loved Antman and the first two Captain Americas, but I despise the cultural scourge and stylistic CG oppression of Marvel/D.C. product. And yet I have to see the damn thing because of the massive numbers ($84,989,000 domestic, $240,400,000 foreign = $325,389,000 worldwide) and because L.A. Daily News critic Bob Strauss called it “lysergic.” (Glengarry Glen Ross‘s Ricky Roma says: “Lysergic? Fuck you!”) I’m presuming that HE readers have seen it — please weigh in. 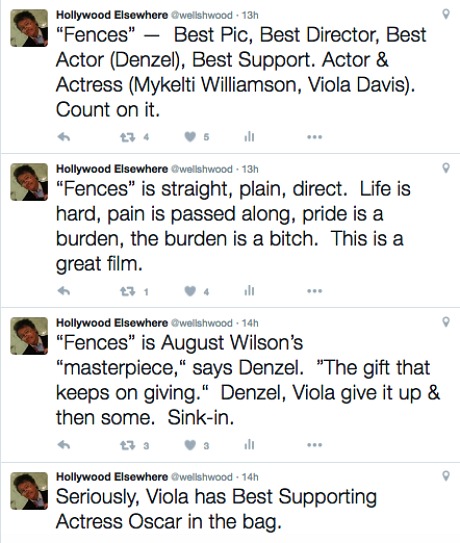 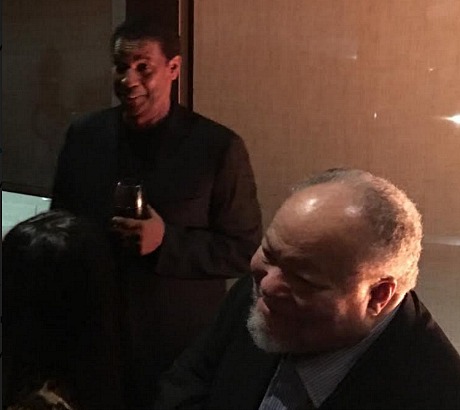 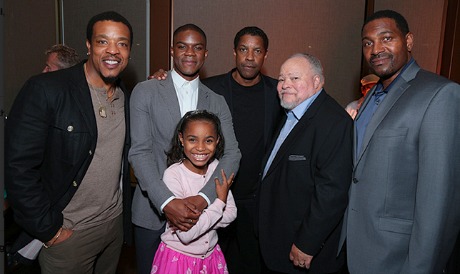 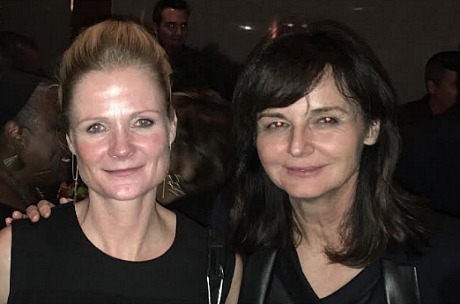 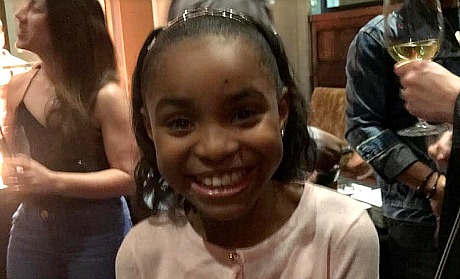