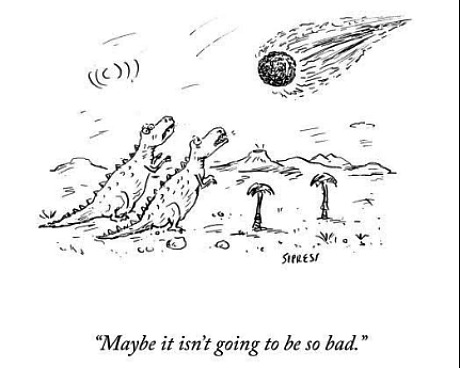 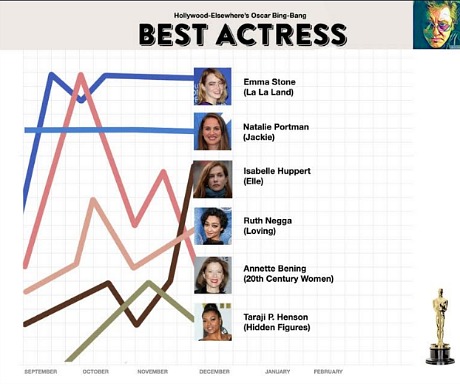 “If you fear I’m going to make a speech about what we’ve all been going through in politics the last few weeks, my three-word speech is ‘don’t start me!‘ Don’t worry, I’ve got some notes here as I [may] get thrown a curve by myself.” So began Warren Beatty‘s acceptance speech at last night’s Kirk Douglas Award ceremony at the Bacara Resort in Goleta. You know what? We’ve all sat through a thousand award ceremonies, and we all know the drill. And I suspect we’d all like to see something different or even electrifying happen at one of these things, just once.

I for one wish Beatty had thrown caution to the winds and stood up like Jay Bulworth and let rip about the coming Trump catastrophe. This is a longtime tax-and-spend liberal who’s been around since the JFK era and who knows (or has known) almost every big-time politician of consequence in the country, and has been entwined in the American political realm for 50-odd years, and in this, one of the most catastrophic moments in the nation’s history, he decides that it wouldn’t be appropriate to vent some of his concerns, at least for a minute or two?

Beatty could have said anything he damn well pleased and the crowd would have lapped it up and Kris Tapley and Scott Feinberg would have relayed his remarks to the world, and yet he chose to rely on the old gracious-and-humble-and-very-moved routine that a thousand previous award recipients have defaulted to. What does he have to be cautious about? Nothing. But he went marshmallow all the same.

I know who Beatty is and what he feels, but he won’t blurt it out when the mike is on. The man has become brilliant at stepping up to the plate and saying as little as possible at such occasions. I wasn’t there but I was obviously sent the video, and I found his remarks boring as shit.

53 Comments
2017 Oscar Show Ratings Will Be Lower, Trust Me

In a just-posted article, Toronto Star film critic Peter Howell discusses the gap between popular movies and award-worthy fare, which is more pronounced this year than usual. “We’ve [all] become accustomed in recent years to films that appeal to both art house and multiplex audiences landing on the critical radar for likely Best Picture nominees at the Academy Awards,” he writes. “By this time last year, The Martian and Mad Max: Fury Road had leapt the art vs. mainstream gap, with The Revenant close behind them. All three were eventual Best Picture nominees. 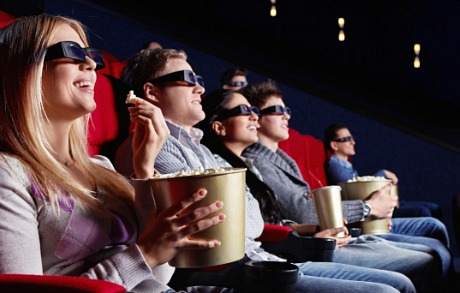 MCN’s David Poland agrees with Howell, and so does Awards Daily‘s Sasha Stone. “If you ask [non-industry] people, most won’t have seen or even heard of the films that are up for the awards,” Stone observes. “The critics and the Academy tend not to think about whether the public likes the movie or not. But if you flash back to 2000, that mattered a lot. Films were awarded because they were well reviewed and well liked. Now it really doesn’t seem to be a requirement, which I guess is good and bad.”

The reason that the good, award-level stuff isn’t selling as many tickets as CG fantasy crap is partly traditional — Joe and Jane Schmoe have never been much for complexity or subtlety or social undertow. They just want a good ride, a few laughs. But it’s also due to the fact that with the rise of social media distraction and everything happening much faster, audiences are devolving more and more into the ADD realm. They want whiplash immediacy and intense stimulation and sweep-away dynamics, and in large part have simply become too coarsened to pay attention to films that require a little patience.

On 11.25 I posted a list of 26 excellent to very good films that have come out in 2016, and a lot of them haven’t made tons of money. (A few have yet to open.) But they’re not foo-foo films either — Kenneth Lonergan‘s Manchester By The Sea, Damien Chazelle‘s La La Land, Denzel Washington‘s Fences, David Mackenzie‘s Hell or High Water, Luca Guadagnino‘s A Bigger Splash, Ezra Edelman‘s O.J.: Made in America, Paul Verhoeven‘s Elle, Peter Berg‘s Patriot’s Day, Robert Eggers‘ The Witch, Gavin Hood‘s Eye in the Sky, etc.

If general audiences wind up shunning or under-supporting some of these, it’s absolutely not the fault of the filmmakers. It’s because many are simply too thick and distracted to settle in, much less buy a ticket in the first place. 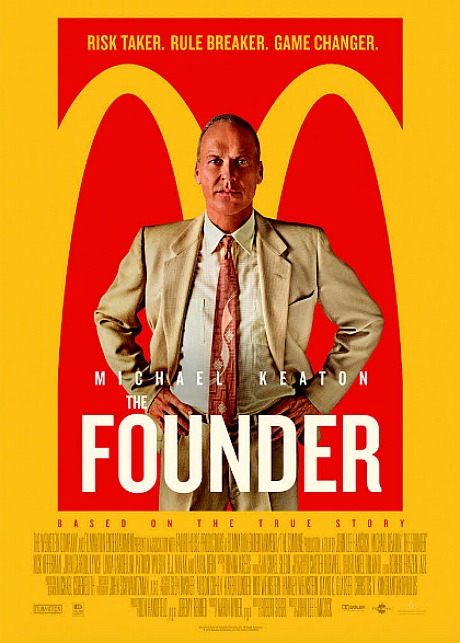 Prior to Donald Trump‘s plane landing in Indianpolis yesterday for a political rally, a CNN producer was overheard joking with on-air correspondent Suzanne Malveaux about Trump’s plane crashing. The clip was captured by FTVLive. Exact quote: “That means his plane’s crashed…just kidding.” Malveaux reacted with a “whoa, too much!” expression and that was all. Until FTV leaked it, I mean.

I’ve been meaning to bring this up, and now it’s permissible. What if Trump’s life was to somehow end due to a plane crash, a Taco Bowl heart attack or, God forbid, an assassin’s bullet? Decorum and decency would require all of us to express some degree of regret and sorrow. But on a totally private, deep-down basis would you be grieving or (be honest) would you be muttering to yourself “thank you, God…thank you…I’m sorry for doubting you all these years”? I for one would be totally beside myself with grief. I would be sending floral wreaths to Steve Bannon, Kellyanne Conway, Rance Priebus, et. al.

CNN corporate’s response to the producer quote: “An unfortunate and inappropriate remark was made by one of our producers off camera yesterday. We have apologized to the Trump transition team, and the producer has been disciplined.”

Listen to the Mica Levi‘s opening musical passage in Jackie. It’s the first thing you hear as the film begins, and it sinks right into your soul. It sets the tone for the whole film. I think it’s a more vital element than Natalie Portman‘s justly-praised performance. Listen and you’ll understand why an Oscar win is probable. Prior to Jackie Levi was best known for her soundtrack to Jonathan Glazer‘s Under The Skin. She’s probably best known in musical realm for her band, Micachu and the Shapes, and their album Good Sad Happy Bad. Born on 2.28.87, Levi is only a year and a half older than Jett. 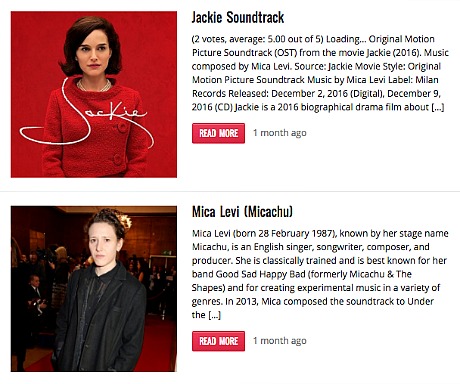 A raunchy renegade vibe (cigarettes, ’60s Mustang, brewskis, sexual bump and grind) fortifies this Kristen Stewart video for the Rolling Stones’ Blue and Lonesome album, which pops today. But “Ride “Em On Down,” a 1930s Delta blues number, doesn’t sound blue and lonesome. I haven’t settled into each and every track, but I was expecting to hear something along the lines of “I Got The Blues” (off the ’71 Sticky Fingers album).