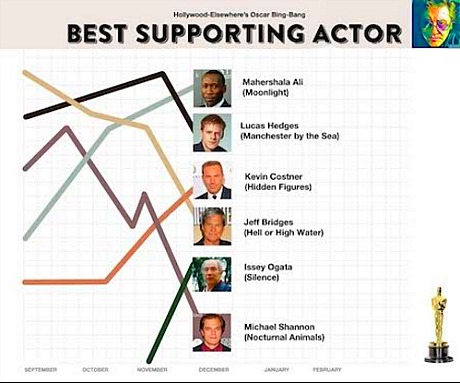 John Lee Hancock‘s The Founder (a.k.a. “It Takes A Bit Of A Hard-Driving Shit To Build An Empire”) has suddenly decided to open tomorrow (Wednesday, 12.7) for a week in order to qualify for awards. But only, I gather, in New York and Los Angeles. Definitely worth seeing. My first assessment (basically an ethical riff) popped on 11.14; my second (“Ballsy Founder Treads Ethical Line With Skill Of A Mountain Goat“) appeared on 12.2.

Excerpt #1: “The Founder is basically the story of how the legendary Ray Kroc (Michael Keaton) persuaded the earnest, slightly doltish, small-time-thinking McDonald brothers (Dick and Mick, respectively played by Nick Offerman and John Carroll Lynch) to let him franchise their small fast-food business and turn it into a super-sized empire. But more generally it’s a nuts-and-bolts story about what a scramble it is to grow a business and then stay afloat with all the serpents snapping at your heels.”

As much as I consider Indiewire‘s David Ehrlich to be one of the most irritating, obnoxiously self-regarding and fundamentally untrustworthy critics around, I have to give him credit for this year-end summary of 2016 films + his own favorite 25. It feels more thoughtful and is much better constructed than any number of run-of-the-mill flash-cut year-end wankathons that surface every December on YouTube and Vimeo. This is the first time I’ve considered the idea that there might be a emotional, flesh-and-blood person behind Ehrlich’s fickle, ivory-tower spewings. Which reminds me: I’ll have to soon rethink and re-order my top 26 films of 2016 list, now that I’ve seen Silence but without having seen Passengers, Collateral Beauty and the almost certainly dismissable Rogue One, which I won’t see until Monday.

THE 25 BEST FILMS OF 2016: A VIDEO COUNTDOWN from David Ehrlich on Vimeo. 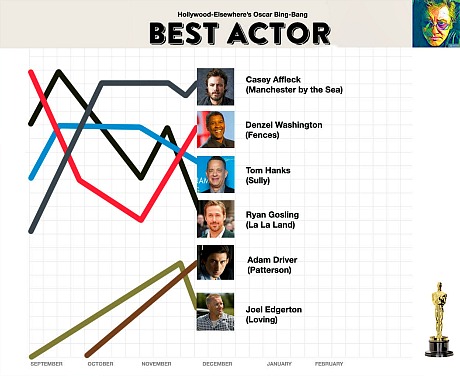 If my thought dreams could be seen, they wouldn’t put my head in a guillotine. They would go “oh…glad you think so…fine!” But not until the embargo lifts. 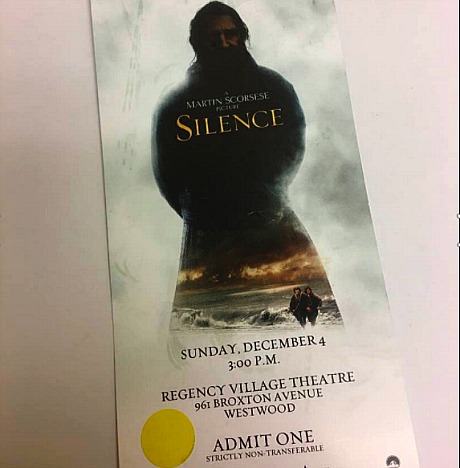 Ezra Edelman‘s O.J.: Made in America, the ESPN doc that award-givers have celebrating as if it’s a regular theatrical feature, is almost certainly going to win the Oscar for Best Feature Documentary. I think that needs to be understood and accepted. The Academy’s doc shortlist of 15 was announced today:

While discussing Emma Stone‘s highly-touted performance in La La Land (Summit, 12.9), Gold Derby‘s Tom O’Neil calls it a partial “problem” given that Stone is playing a deliberately two-dimensional role…perky and happy and dancing around…you don’t get a lot of gravitas and soulful reflection.” Not true. Mostly she’s coping with soul-crushing rejection, despair, anxiety and frustration in Damian Chazelle‘s musical, and it shows on her face in every frame. Stone’s only 100% “perky and happy” moment is when she goes out with her girlfriends to a Hollywood party in Act One; there are also a pair of romantic dance numbers but that’s not “perky,” dude. 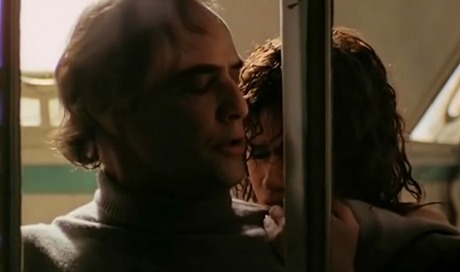 If Joe Biden had somehow become the 2016 Democratic candidate for president instead of Hillary Clinton, he almost certainly would have won. Because he’s more recognizably warm and human than Donald Trump, and the Bumblefucks who went for Trump would have said “Biden talks plain and straight and has a heart…let’s give him a shot.” But Biden is 74 now, and I don’t think people will be hugely comfortable with a 78 year-old becoming the nation’s Commander-in-chief. The cut-off is 75, or Bernie Sanders‘ age. But if Biden runs anyway, he has to take care of that awful turkey wattle. Which is nothing these days. Neck wattle surgery is less arduous than having an appendectomy, akin to having a wisdom tooth removed. Biden had hair-plug surgery back in the ’80s so he knows all about this stuff. 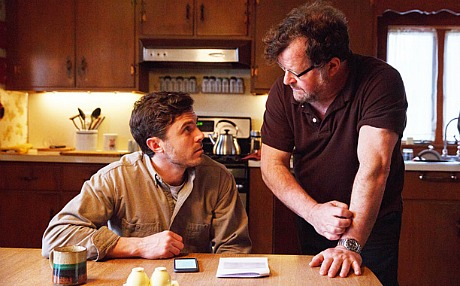