“..and one day fated to be remembered more for the Best Picture boo-boo episode of 2017 than for Rules Don’t Apply, my Howard Hughes film which won’t work out despite my intense devotion to it for several years. Given my astonishing ability to see far into the future, I’m thinking that Rules may not in fact be my directorial swan song, all things considered, and that I may rise and procreate again. We all want to go out with a bang, after all.”

A letter tapped out to my ex-wife this morning: “Dylan is now 27. I’ve been comparing his present situation to where I was in my late 20s, and where my late brother was at the same point. My life eventually worked out; my brother’s didn’t. The worst feeling in the world is being 27 or thereabouts and coping with the fact that your life isn’t coming together, and that the best way to improve things and maybe move up to the next level is unknown to you, and you really don’t know what the hell to do.

“I finally awoke to the idea of writing and reviewing films at 27; my brother was half-floundering around and not tapping into anything special or strong at that age. Both of us were angry and crusty (childhoods of suburban regimentation coupled with dark mood clouds from our alcoholic dad, mitigated only by our mom’s gracious spirit), but I discovered a path out of all that. You have to fall in love with something outside of yourself and then, if you’re lucky and strong enough, use that to try and transcend things and hopefully alight to other places.

“I know that sometime in our 20s we all have to get past the hurt of childhood and say to ourselves, “Okay, that happened and yes, my parents are far from perfect, but here I am right now.”

“Maybe I could have been a better dad with Dylan, maybe I could have shown more love, but I was a reasonably good one under the haphazard circumstances (seeing them only on vacations, holidays and occasional weekends, and some of this colored by my early to mid ’90s vodka problem) and I was certainly much more affectionate with Dylan than my dad was with me when I was young and in my teens. The ’90s were exciting but turbulent years for me, but I made it through and did my best under the circumstances.

“By my late 20s my dad had gone into AA and was making his apologies for his alcoholic behavior, and we were okay with each other more and more as the years went on.

I Am Heath Ledger, an affectionate tribute doc featuring rare footage + the usual interviews with family, friends and colleagues, will premiere later at the Tribeca Film Festival. It will also pop in select theaters on 5.3 before airing on the Spike channel on Wednesday, 5.17.

From “If Ledger Had Lived,” posted on 1.4.14: “Ledger, man…I still think about the guy. I was thinking how things might have gone for him if he was alive and crackling today. What films he might have made, what roles he might have stolen from whomever actually played them. He died about two weeks shy of six years ago” — i.e., 9 years and 3 months ago as of 4.5.17.

“I was covering Sundance ’08 but I’d came down with a 48-hour fever. I was my second year at the old “cowboy hat” establishment (i.e, the Star Hotel). Unable to sleep because of muscle ache but unable to relax…lying on a couch in a state of depressed delirium.

“Then the news broke and I knew I had to write something. I couldn’t blow it off. Had to post as soon as possible. I was only able to bang out two or three graphs before collapsing on the couch for a breather, and then another two or three. I could barely think, much less write.

“What kept me going were my feelings of sadness mixed with anger toward the guy. I half-knew him a bit. We’d met in Toronto in ’05. He liked a Brokeback Mountain question I’d asked at the big press conference. I liked him as far as it went. He was always friendly whenever we ran into each other at events. Eye-contact, shoulder pat. And he was gifted. He had ‘it.’ And then he threw it all away because he got sloppy with prescription pills. Brilliant. 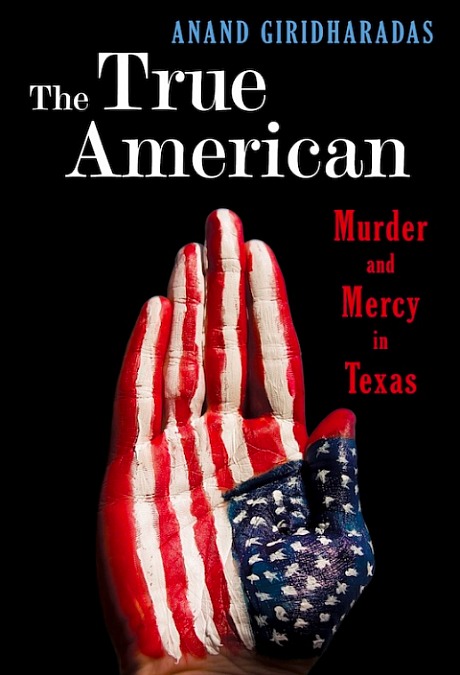 Producer friend: “Of course you know that the original filmed ending of Fatal Attraction had Glenn Close committing suicide and leaving a note behind that framed Michael Douglas for her ‘murder.’ The final scene is Douglas being taken away in handcuffs. The studio didn’t like the way it played and demanded that James Dearden write a new ending where Close is punished and Douglas gets off free. Close was so upset about the change that she refused to reshoot it, resulting in the studio threatening her with a massive lawsuit unless she complied. To this day Close loathes the movie and doesn’t even have it listed in her publicity bios.”

Me: “She really and truly doesn’t have Fatal Attraction listed in her studio bios? That’s ridiculous. That movie, manipulative and cheap as it was in some respects, was a high-impact H-bomb in cultural terms. It totally made her career. If Close hadn’t broken out of her domestic mom persona from The World According to Garp her career would have stalled. On top of which it wasn’t Paramount as much as advance-screening audiences who hated the original — HATED it. They loved it when Anne Archer got on the phone and told Close she’d kill her if she tries to destroy her marriage again. Read Sherry Lansing’s recollection in her new book. Test audiences wanted the witch to be killed.”

Producer friend: “Yes, of course — I know all this. My comments were about Close and how broken up she was about the change.”

Me: “Close needs to get down on her knees every day and thank God that she finally manned up and performed the exploitation ending. If she’d flat-out refused her career would have been toast 30 years ago, and she’d be doing off-Broadway stuff today, maybe, and living in a rent-controlled, one-bedroom Chelsea apartment, if that.”

Producer friend: “Of course I know this too. She was the 30th choice in line to play the part. No one in town wanted to play it. But not the point. My point was understanding why she was so upset. And remember that she got nominated for an Oscar for the role for a reason. Terrific job, total pro.”

Me: “Close was deeply upset because she thought Alex Forrest, however unbalanced, was a half-decent person who had a point…right? Alex Forrest was dangerously unhinged. Harboring a form of insanity. Hostility unbound. AF felt that because she and Michael Douglas ravaged each other over a single weekend that their fates were thereafter eternally intertwined — that their paths would henceforth be one and the same. Togetherness, parenthood…decreed by fate.

The beginning of the end for Steve Bannon? The neutral view is to call his removal from the National Security Council a strategic shift within the Trump White House, but if Bannon had any pride he’d quit today and go back to Breitbart.

7 Comments
Safer To Wait Until Your 70s

Farley Granger didn’t come out until he was 70 or thereabouts, after discussing his homosexuality in The Celluloid Closet (’95). Tab Hunter half came out when he made John Waters‘ Polyester and Lust in the Dust, but not officially until ’05, at age 74, in a co-authored autobiography, “Tab Hunter Confidential: The Making of a Movie Star.” Richard Chamberlain was outed at age 55 but didn’t come out until ’03 (when he was nearly 70) in his autobiography “Shattered Love“. Liberace, who died at age 67 from AIDS, might have come out if he’d lived into his 70s. Have there ever been any Barry Manilow fans who weren’t completely aware of his orientation going back to the late ’70s if not earlier, and yet he never came out until just now, at age 73. Deep-cave lifestyles are a generational thing for guys reared in heavily closeted times.