I saw the first episode of Jill Soloway‘s I Love Dick, an Amazon series that begins on 5.12, at last January’s Sundance Film Festival. I liked Kevin Bacon‘s titular character, a studly, cigarette-smoking Thomas McGuane-type guy out of Marfa, Texas, but I really, really didn’t like anyone else. I didn’t care for Kathryn Hahn‘s character, who is closely based on original author Chris Kraus, and I absolutely, definitely didn’t want to watch any sexual scenario involving Griffin Dunne, who plays her graying, saggy-bellied husband. Nor did I care for costars Roberta Colindrez, Adhir Kalyan, India Menuez and Azita Ghanizada…no offense. Kraus’ 1997 book was especially popular with feminists. Bacon’s depiction excepted, I felt a general vibe of contempt and distaste for men in general. A sassy, jaded, cynical vibe — get me the hell out of Marfa. (Episode #1 is currently streaming for Prime members.)

I’m sorry but when airline employees regretfully inform you’ve been bumped from a flight, that’s it. You’re not going to stonewall them into changing their minds — you’re taking the next flight. And if you howl in protest when they insist you have to give up your seat and then make them drag you off the plane, you’re the asshole, not them. This incident happened last night on a domestic United flight (Chicago to Louisville) that was about to leave. United decided at the last minute that four seats on this fully-booked flight had to be given to airline employees — bad idea. When no one accepted their offer of $800 in vouchers plus a hotel stay in exchange for a seat, they chose to eject four passengers at random — even worse. The unbalanced Asian guy (“I have to go home, I have to go home”) was among them but he refused to deplane, apparently persuaded that he’d been singled out because he’s Asian. All kinds of mayhem broke loose when security tried to drag him off.

In late ’85 I caught Jose Quintero‘s Broadway revival of Eugene O’Neill‘s The Iceman Cometh, in which 63-year-old Jason Robards played Theodore “Hickey” Hickman. Quintero and Robards were the original fathers and life-givers of this play, which had opened in October 1946 and closed after only 163 performances. Their 1956 Off-Broadway production, staged just after O’Neill’s death, bestowed the proper lustre. The ’85 revival was a kind of half reunion, half celebration of this feat. I remember that Robards dyed his hair brown as Hickey was supposed to be somewhere in his early 40s. Barnard Hughes and Donald Moffat costarred. It was a really long sit (the 1973 John Frankenheimer film version ran 239 minutes) but Robards, man…wow. Glad I was there. 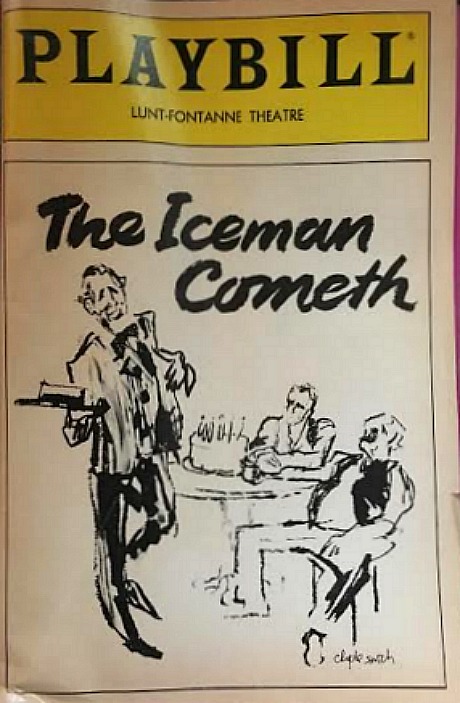 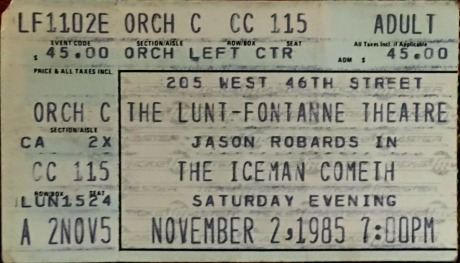 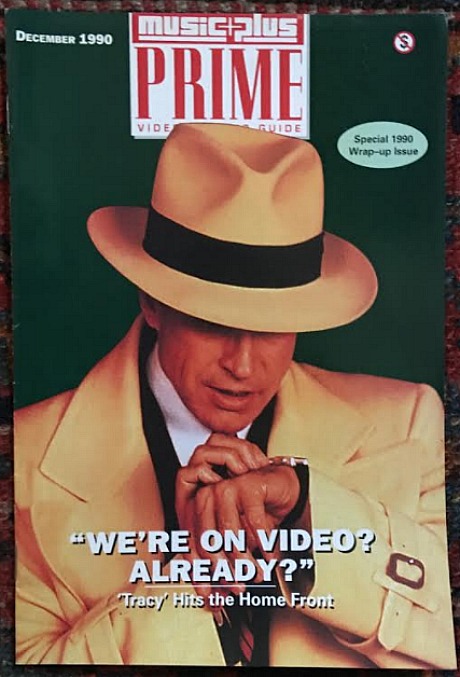 This awful “aaahh” idea started with one person working for HBO, and then it spread to another and another. And now millions have been subjected. HBO’s “aaah” anthem actually isn’t an “aaah” but more of an “ohm” mixed with the eerie Martian choir out of Invaders From Mars. The Invaders score was composed by Raoul Kraushaar.

A recent Born in China trailer suggested it might be a cut above the usual Disney hash (cutesy, sanitized, kid-friendly). It seemed to promise compelling, rough-and-tumble stories about three families in the hills and mountains of southern China — a snow leopard and her two cubs, a mommy panda and her cub, and a snub-nosed monkey clan. So last week I caught a screening in the Disney Animation building, and within five minutes I knew I’d been film-flammed.

Born in China is the same old stew. Stunningly beautiful, drop-dead photography. Adorable animals (especially the monkeys). Folksy-kindly narration (voiced by John Krasinski) aimed at eight year olds. But with much of the sadness, harshness and occasional brutality of nature sidestepped or flat-out ignored. Because the kiddies have to be shielded from the realities. Raise them in McMansions, give them sedentary lives in front of screens, gently poison them with fast-food diets but never let them see what real life is really like. There’s plenty of time for that later. Keep them in fantasyland for as long as possible.

Wells to Disney corporates: YouTube is filled with hundreds of videos of hyenas, wild dogs and lions eating the intestines of still-living zebras, antelopes, gazelles, wildebeests and buffalos. Are you under an impression that kids don’t watch this stuff?

When I was eight and nine I was dying to know what life was really like outside of the suburban membrane my parents raised me in. All I remember about the regimented, rule-following aspects of my life back then was that I was dead bored. My parents shielded me from all the fascinating things happening in the news. Which is why I liked movies so much because at least they offered a taste of life outside the gulag — adventure, color, risk and danger. My childhood was an enforced system of mind and behavior control that all but suffocated my spirit and drained my juices. I died a thousand deaths sitting through Sunday morning services inside our local Episcopalian church.

Thank God for my hunger and curiosity. I was leafing through nudie magazines when I was eight. I remember an older kid shooting a park pigeon with a bow and arrow and soon after getting cuffed by the cops. When I was nine I remember watching a YMCA instructor (I was sent there for swimming lessons and summer recreation) stepping in a pile of gooey dog shit as he was talking to a colleague, and not realizing it and all the kids giggling and elbowing each other. I was busted for shoplifting around then, and I remember begging the supermarket manager not to turn me over to the cops. I was playing touch football one afternoon with friends when I was ten or so, and we all happened to see a major car crash — WHAHM! — less than a block away. We all ran over for a closer look, and one of the drivers, a guy in a convertible, was groaning and moaning as he reclined in the front seat.

No one will watch Thor: Ragnarok (Marvel, 11.3) — they’ll sink into it like a swamp or a mudbath. Thor: Beverly Hills Hairstyling. All of these powerful, satanic characters so devoted to the killing of Thor, and yet none of them can quite manage it. Handsome paychecks for Chris Hemsworth, Cate Blanchett (kids’ higher education, third home, investment portfolio), Mark Ruffalo (Hulk), Tom Hiddleston (Loki), Jeff Goldblum, Idris Elba, Karl Urban, Anthony Hopkins, Benedict Cumberbatch, Sam Neill…vacuum my soul, bathe me in toxic waste.