9 Comments
Reluctant To Admit That Boredom Seeped In 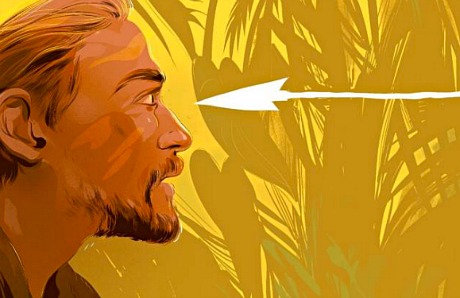 Wikipedia and other sources are reporting that the title of what used to be known as Kathryn Bigelow’s Untitled Detroit Riots Project (Annapurna, 8.4) will be…uhm, Detroit. The first teaser-trailer pops tomorrow (Wednesday, 4.12). Blogaroos are still scratching their heads over over that curious early-August release date, but I’m sure it’ll work out in the long run.

Commentary from screenwriter William Goldman on the Butch Cassidy and the Sundance Kid Bluray, not transcribed but recalled: “We were lucky with Butch. We had a great director [George Roy Hill], and we had Connie Hall‘s phenomenal photography and a great crew and a solid script and a neat story and the casting was perfect. But if just one of these elements didn’t happen…it tells you that a good script and a good director and the right cast aren’t enough . The photography has to be right on, ditto the score and the editing…and if just one of these elements isn’t exactly right, you are dead. Nobody realizes how important the editing is, or how important the composer is…and there’s no reason for people outside the movie business to realize this, that movies are so fragile and anything can screw them up.” (Initially posted on 7.5.06.)

John Lichman was kidding when he tweeted this, but I would be over the moon with joy if a Greenberg sequel could somehow happen. Seriously. Noah Baumbach directing, of course. Ben Stiller and just about any strong costar. Adam Sandler could save…okay, half-save his career if he costarred.

“It’s described as an intergenerational tale of adult siblings contending with the influence of their aging father. Scott Rudin, Baumbach, Lila Yacoub and Eli Bush produced.”

“Big Greenberg Divide,” posted on 4.3.10: I don’t know where the below photo below was taken (the guy who sent it to me didn’t say, and he hasn’t answered my follow-up e-mails) but I’m really, really hoping it wasn’t taken at the Angelika in lower Manhattan. If it was this would imply that supposedly ahead-of-the-curve New Yorkers can be just as stubbornly conservative in their tastes as hinterland types. Please tell me it was taken in Orlando or Natchez or Des Moines.

13 or 14 years ago screenwriter William Goldman (Marathon Man, All The President’s Men, Butch Cassidy and the Sundance Kid) explained what a “drop-out” moment is — i.e., when something happens in a film that just makes you collapse inside, that makes you surrender interest and faith in the ride that you’re on. You might stay in your seat and watch the film to the end, but you’ve essentially “left” the theatre. The movie had you and then lost you, and it’s not your fault.

I was with Moonlight during the first two chapters of Chiron’s life, the ones that starred Alex Hibbert as “Little” and Ashton Sanders as the teenaged version. Both were “soft” in the same ways — tender, slender and frail — and I felt for their sadness and trepidation. But I dropped out when the muscular, panther-like Trevante Rhodes came along to inhabit the adult Chiron.

Caspar Phillipson‘s casting as JFK didn’t cause me to lose interest in Pablo Larrain‘s Jackie, but the instant I laid eyes I said to myself, “This guy is supposed to be Jack Kennedy? I don’t think so!” He was too short, for one thing — shorter than Peter Sarsgaard‘s Robert F. Kennedy, which was fairly ridiculous knowing that Jack was a good two inches taller than Bobby in real life.

Phillipson didn’t “kill” Jackie for me, but his presence did persuade me that it wasn’t a home run and that my only option was to wait for interesting stuff to happen. I said to myself, “A movie about the Kennedy White House uses a fucking Danish actor and then shaves his hair too closely so you can see whitewalls? Scalp was never visible on the sides of JFK’s thick thatch, and the makers of this movie didn’t know that when they prepared Phillipson for the part? Forget it.”

I “drop out” of a lot of movies the instant I hear they’re being made. Don’t get me started but there are hundreds in this camp. If any movie is costarring Dwayne Johnson or Vin Diesel, I’m gone. If Ben Mendehlson is in a film, I’m 90% ready to to jump ship, sight unseen. 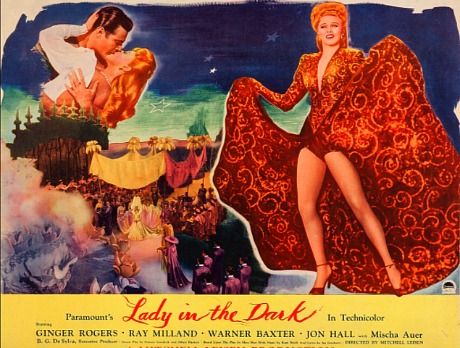 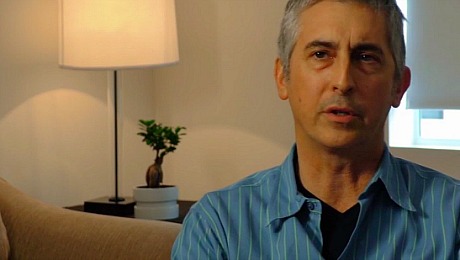 The United guys obviously caused the trouble and are taking the hit, but at the same time I can’t throw in with people who howl like bobcats. The entire twitterverse has condemned United — 100% agreement. But nobody will acknowledge, much less react to, Dao’s primal screaming.