9 Comments
Got Live If You Want It

From Ryan Gilbey’s Guardian 1.29.17 review of Woody Harrelson‘s Lost in London: “Even at its liveliest, cinema can only ever be a refrigerated medium, relaying images to us that were shot months, years even decades earlier. But this week there was an exception to that rule. Woody Harrelson’s directorial debut, Lost in London, was broadcast live to more than 500 cinemas in the US, and one in the UK, as it was being filmed on the streets of the capital at 2 am on Friday.

“As if that were not impressive enough, the picture was shot in a single unbroken 100-minute take with a cast of 30 (plus hundreds of extras) in 14 locations, two black cabs, one police vehicle and a VW camper van festooned with fairy lights.

“Actors who try their hand as a director typically start off with something small-scale — a sensitive coming-of-age story, say, such as Jodie Foster’s Little Man Tate or Robert De Niro’s A Bronx Tale. With Lost in London, Harrelson went as far in the opposite direction as one can imagine. This was edge-of-the-seat, seat-of-the-pants film-making. He didn’t just jump in at the deep end: he did so into shark-filled waters.”

From Wiki page: “The idea for Lost in London came from Harrelson’s actual experience in 2002, when he visited a Soho club called Chinawhite. He broke an ashtray in a London taxicab, which led to him being chased by police in a different taxicab, and then spending a night in jail. The film was shot and screened live in select theaters on 1.19.17, or just before Harrelson’s appearance in Sundance with Wilson. It was the first time a film was broadcast live into theaters.

If there was a sudden and immediate world decree that peanut butter was being outlawed, I would be fine with this. I always make sure to buy chunky, even though on some level I hate the stuff. But I eat it anyway. I hate the after-aroma when I have a p.b. & jelly sandwich, so I always immediately wash my face, brush my teeth, take a swig of mouthwash and suck on breath mints, and then wash my face a second time. I have to rid myself of the memory. Then two or three days later I succumb again, and the process of self-loathing, cleansing and breath-minting repeats. It’s complicated. I know I was amazed when Jack Nicholson and Michelle Pfeiffer ate peanut-butter sandwiches in Mike Nichols‘ Wolf. 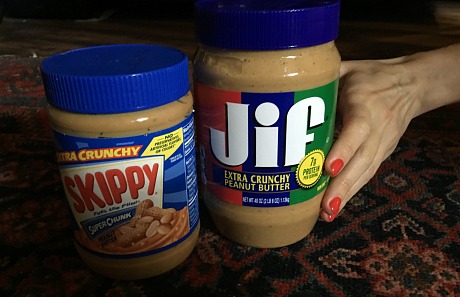 Amazon’s HD streaming version of Don Siegel‘s Charley Varrick (’73) is one of the handsomest eye-orgasm ’70s movies I’ve ever beheld on my Sony 65-inch 4K. So much so that I own it outright. I realize that Blurays often deliver more information than HD streaming (which can sometimes be as low as 720p) so it would be reasonable to expect that the forthcoming French Bluray version, Tuez Charley Varrick! (out in early June), will look a bit better. And I mean only a teeny weeny bit. And at the cost of $20 or thereabouts. I’m thinking of getting it anyway. 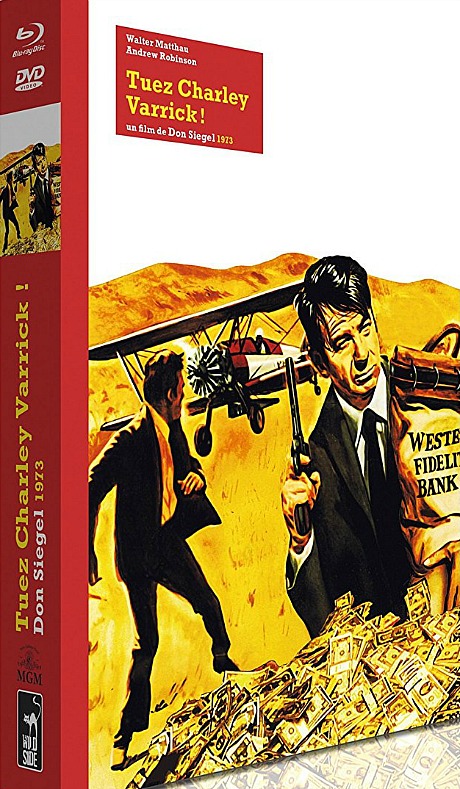 I’ve explained repeatedly over the last few years that nobody pushes my loathing button like Ben Mendelsohn, i.e., Ben Sweat or Ben Smoke. But no HE commenters have ever said “yowsah, agreed, thanks for pointing this out.” It’s all been on the level of “jeez, weirdo — you really have some kind of problem with this guy, huh?” All alone on Repulsion Island. But now I have a friend, an ally — SBS.com’s Cameron Williams. He’s written a 4.10 piece titled “Going Full Mendo — An Investigation Into The Rise of Australia’s Favorite Sweaty, Smoking Master of Scumbags, Ben Mendelsohn.” 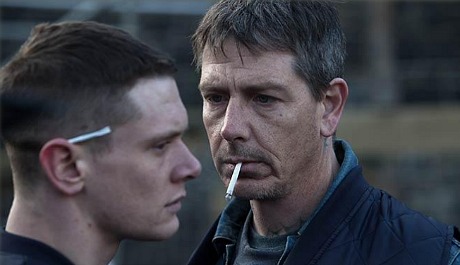 “Nobody dangles a cigarette from their mouth on screen like Ben Mendelsohn,” Williams begins. “The actor defies the laws of physics to keep it hanging from his lips for an unnatural amount of time. There’s sometimes the added difficulty curve of lighting the cigarette at the same time. These are the nuances Mendelsohn brings to each performance.

“Mendelsohn has built a career playing rogues using his downtrodden, laid-back style of acting. His approach was [once] classified by comedians Tony Martin and Mick Molloy as going ‘Full Mendo’. Mendelsohn has become an in-demand actor by doing this. There have been varying degrees of Mendo over the years, but Full Mendo is the one we want. A master of ‘less is more’, his characters move low and slow to control their status in any situation, and it makes Mendelsohn a magnetic screen presence.

“Mendelsohn’s big break-out was Animal Kingdom (’10), an Australian crime drama where he played Andrew ‘Pope’ Cody, a criminal on the run from the law living in Melbourne being protected by his crime family. Pope is one of the definitive scumbags of Mendelsohn’s career who turned the word ‘mate’ into a terrifying acceptance of criminal collusion. Mendelsohn also flipped the perception of what the criminal underworld in Australia looks like. Forget the stereotypical suits — Aussie gangsters do it in boardshorts, thongs and a stained t-shirt.