Until today I’d never roamed around the downtown L.A. jewelry district, much less bantered with sales clerks about the price of white gold and micro-diamonds. I went for a modest white-gold band, which to my unsophisticated eyes looks more or less like silver. The SRO went in a more upmarket direction. I didn’t drive down there on the Yamaha with an exact idea of plunking down formidable doh-re-mi, but my resolve melted when she put the twin rings on. 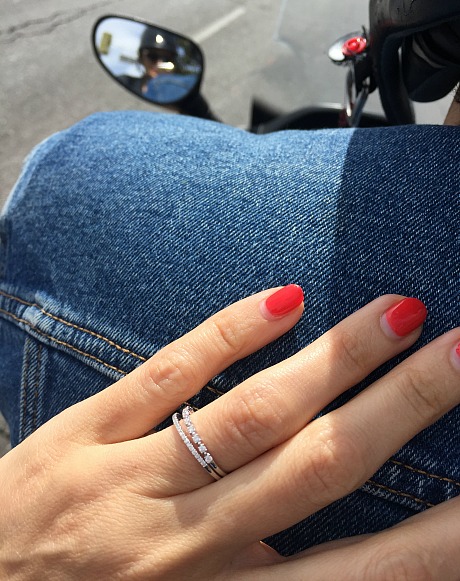 In yesterday’s comment thread for “Madoff Moment Approaching,” I said that “in the dramatic realm I’ve come to associate longer running times (i.e., between two and three hours) with richer degrees of intrigue and complexity…they suggest an extra level of conviction and commitment, or at least ambition.”

In other words, dramas that run between 90 and 120 minutes are lean and economical but they’re also playing the game that distributors and exhibitors have urged them to play, but films between 120 to 180 minutes are about their own game. You know going in that the filmmakers haven’t made a sprawling epic, but have definitely swung for the fences.

The following all-time favorites fit the 120-to-180 paradigm:

I could go on and on but I think the point’s been made. 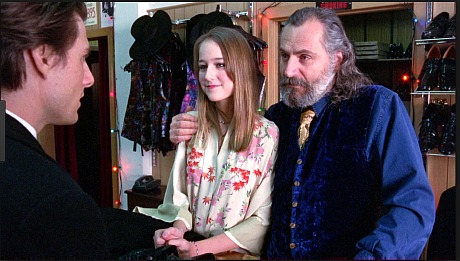 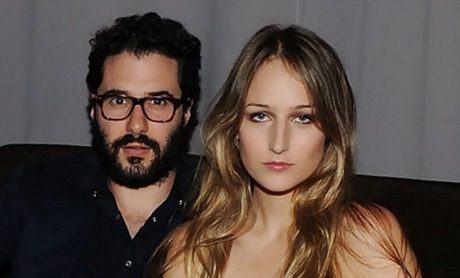 From a European critic friend: “I’ve just seen Alien: Covenant, and I’m afraid you won’t get to see what you’re hoping for. Katherine Waterston is the lead (and very good and even, well, sexy), Michael Fassbender has a dual role (and a pretty great scene with himself), Billy Crudup is not the first one to bite the dust, and Danny McBride… well, dreams die hard.”

The sand is draining out of my hourglass as we speak.

“It’s a prequel to the first Alien, yes, but much more a sequel to Prometheus, delving very much into the same themes as that 2012 film and also going into the origins of the alien, creation being very much on the movie’s mind. Certain parts are quite perfunctory and going through the motions, as if [director Ridley] Scott couldn’t be bothered with all the boring exposition. But in others you can sense Scott was really involved emotionally and intellectually, and these are outstanding.

“Scott is turning 80 this year. He’s already shooting his next film in Rome and is prepping The Cartel for a January start. Pretty amazing. He just told me he wants to do at least one more alien film and that the script is begin written right now.”

I was always losing combs as a teen and 20something, and I never liked those too-large and brittle ones they sold in drug stores. Everything changed last year when I discovered that Terner’s Liquor (right next to Viper Room) sells bags of small, pliable combs in bulk. Is it neurotic to own 35 combs? Yes, but on the other hand I feel reassured. 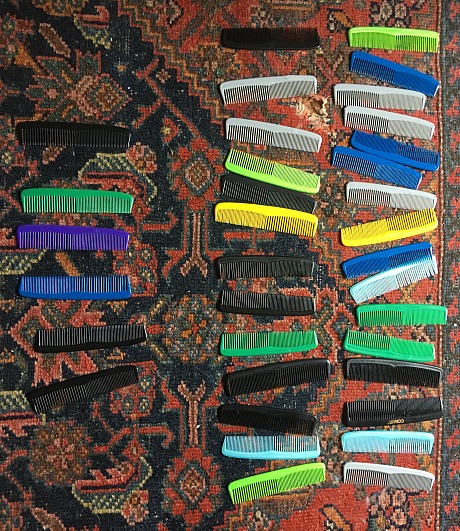 104 Comments
When Demme Was One of The Lion Kings

I’m crestfallen about the passing of the great Jonathan Demme, who was one of the leading hot-shit directors of the ’80s and early ’90s (Melvin and Howard, Something Wild, The Silence of The Lambs, Philadelphia). Demme died this morning in New York City from esophageal cancer and complications from heart disease. The cancer hit him in 2010, recurred two years ago, and then advanced in force over the last few weeks.

I knew Demme casually or slightly in a non-interview context. A run-in here, a party chat there. Once through the late Stuart Byron, the ex-Village Voice columnist who was friendly with him, and with whom I ran a consultancy business called re:visions. Demme seemed to be all about spirit, mirth, excitement. He was approachable, unpretentious. He loved Caribbean culture. If he was a worry wart behind closed doors, I never saw it. 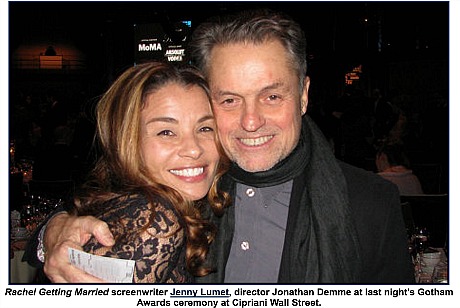 The last time I spoke to Demme was at the Gotham Awards in December ’08. He was hanging with Jenny Lumet, who had written the screenplay for what would later be regarded as Demme’s last hurrah as a top-ranked auteur — Rachel Getting Married. The forthcoming inauguration of Barack Obama came up. I asked if he thought it was a good idea to self-identify as “Barack Hussein Obama,” given recently voiced concerns about a U.S. President sharing a name with Saddam of Iraq. “The yokels won’t like that,” I said. Demme’s response: “Fuck ’em!”

Born in February 1944 (too late for the Baby Bust generation but not a boomer either), Demme had four distinct career phases:

#1: A low-budget, exploitation-tinged, Roger Corman-affiliated chapter (writing and/or producing Angels Hard as They Come, The Hot Box and Black Mama White Mama, and then directing Caged Heat, Crazy Mama and Fighting Mad). This was followed by a dicey period noir-thriller, Last Embrace (’79), which I re-watched four or five years ago and found wanting.