Fairly expert for this kind of thing. I’ve been on trains, felt these things or at least dreamt them. Directed by Seb Edwards, music by Max Richter, etc.

Scores of 97% and 79% are pretty high for a superhero flick, especially a D.C. Comics property from Warner Bros. I haven’t been able to see Patti Jenkins‘ Wonder Woman (Warner Bros., 6.2) due to the usual May travelling. It opens worldwide on Thursday, 6.1. I could catch it in Rome.

All kinds of racist scum have crawled out of the woodwork since Donald Trump‘s election last November. Uglies nationwide have felt the freedom to vent and brutalize, knowing that a certain form of code-worded kinship has been emanating from the Oval Office. It seems obvious that last Friday’s racist murders aboard a Portland train three days ago were another manifestation. The Council on American-Islamic Relations “blamed an increase in anti-Muslim incidents in part on Trump’s focus on militant Islamist groups and anti-immigrant rhetoric,” says a 5.29 Reuters story. In short, Trump supplied the impetus that led to those guys being stabbed and two of them dying. Jeremy Joseph Christian merely wielded the weapon.

'They lost their lives because of me.' Teen thanks men who intervened to try and stop hate speech on Portland train https://t.co/lYhFDJlrlo pic.twitter.com/jCLZ3NtHLN

No Comments
Gaping Maw of Uncertainty 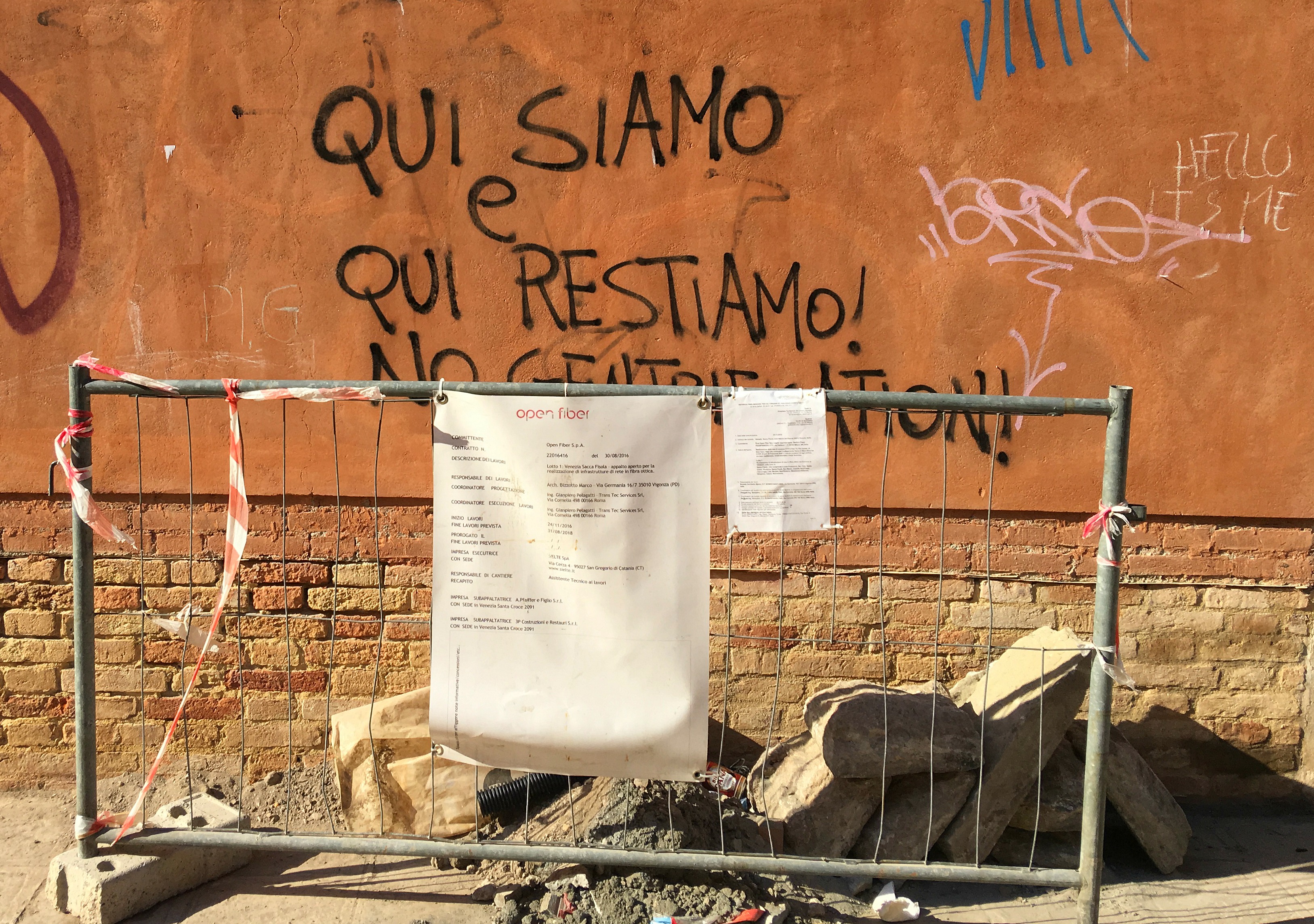 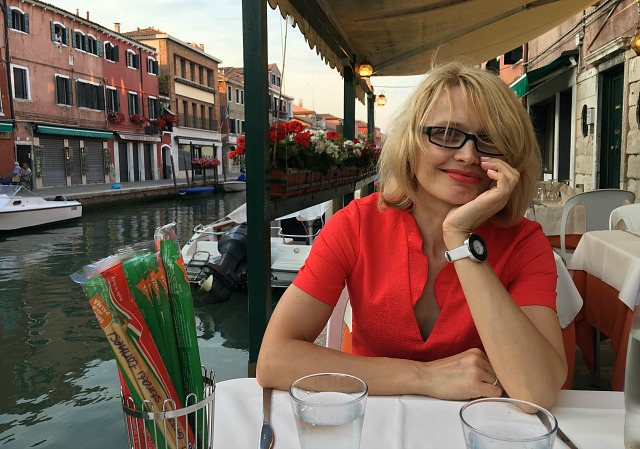 Every now and then I’ll share a valid perception about the movie realm. Sometimes ahead of the curve; now and then behind. But whenever I sense that an actor’s bullshit is no longer working and destined for rejection, it always seems to take ticket-buyers as long as two or three years to come to the same realization, and sometimes even longer. They need time to think it over, but now they’ve finally come to a decision about Dwayne Johnson. Baywatch, I mean, but the film is pretty much a referendum on Johnson’s marquee appeal.

“If Dwayne Johnson Is Starring, It’s Probably Empty, Glossy Dogshit” — posted on 12.8.16, reposting once again: “Dwayne Johnson is a comme ci comme ca Republican who’s out to make dough and keep things as vapid and formulaic as possible. An amiable baba with a ripped bod. During the Obama era Johnson became one of the biggest emblems of the constellation of multicultural superstardom; now there’s something about him that smells a little Trumpish. His shallow opportunist colors are showing all the more.”

Johnson’s inability or refusal last weekend to accept that Baywatch was tanking seemed particularly Trumpish to me.

What I’m hearing are blue-state actors doing exaggerated yeehaw accents, perhaps as some kind of underlying roundabout commentary about the sickening, world-threatening stupidity of Trump voters. Or maybe not. I’m also wondering if director Steven Soderbergh told the principal male cast members (Channing Tatum, Adam Driver, Daniel Craig) to bulk up with Trump voter food. These guys look fairly beefy, and Tatum looks fucking fat. I only know one thing, which is that all Trump voters must hang. Okay, not “hang” but the more pain and suffering these assholes have to cope with, the better.

I don’t know to put this exactly, but I’ve been a Cialis guy for several years now. Those little tan-colored pills fill me with compassion for all those 40-plus guys who had to make do on their own throughout history, going back to the Egyptians. Cialis is as vital to the rapture of things as cookies and cream gelato, a good film, a well-written sentence, a great joke, the wind assaultng my helmet as I’m running around on the Kawasaki, fresh-squeezed orange juice, chugging Perrier water after exercising, oxygen, jangly guitar chords, garlic mashed potatoes, the feeling of endorphins, etc. Even without the slightest expectation of romantic attention, I love the way it makes me feel like a coyote, like I’m 29 and running to catch a fly ball in center field. But last year I upped the dosage to 60 mg, and began to feel occasional Cialis heartburn. The sensation almost felt like a heart attack (or the way I imagined one would feel), but they went away after a minute or so. So I stopped with the 60mg and rolled things back to 20mg, and that was better. I don’t know why I just wrote this.

There’s a soul-soothing atmosphere of quiet throughout the Dorsoduro and San Croce districts after dark. No scooters, no sirens, no thumping bass tones emanating from clubs, no half-bombed 20something women shrieking with laughter…just the barely-there sound of bay water lapping at pier pilings. There are many places, I’m sure, that are just as quiet when the sun goes down. But there are very few where you can’t hear hints of the far-away hum of civilization, where traces of the usual nighttime rumble aren’t at least faintly audible. I can sit at home in West Hollywood and feel cool and collected, but I’ll always hear the occasional helicopter or motorcycle whine or subwoofer speakers thumping in someone’s car or louche party animals roaming nearby. Venice is dead-mouse quiet, especially after 10 pm or thereabouts. You can hear a pin drop. 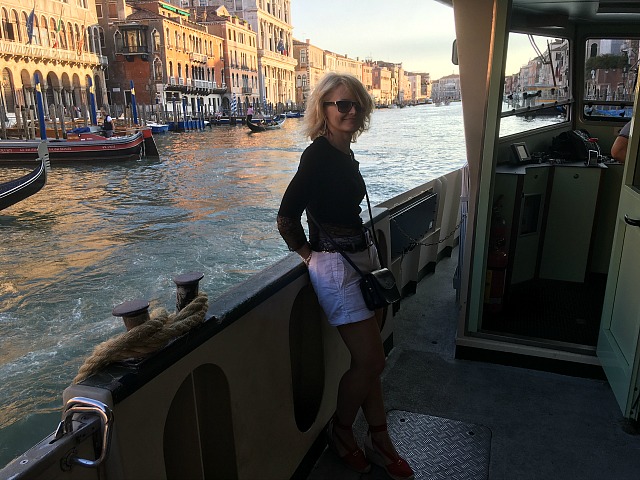 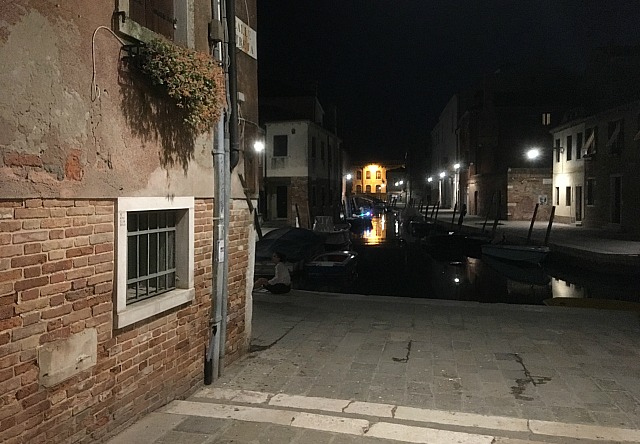 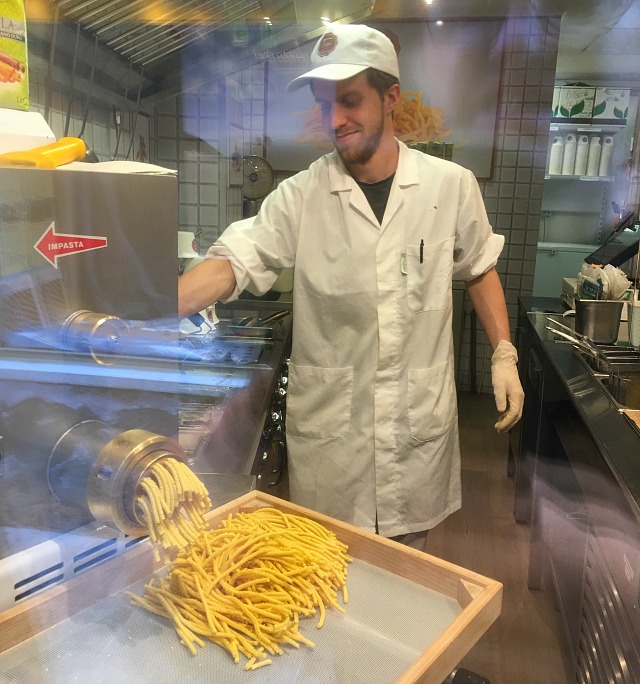 Last night we tried some of the home-made pasta sold by this guy, and there’s a huge difference between it and the usual stuff you buy at Pavillions.
(More…)
May 29, 2017 3:28 amby Jeffrey Wells

Why grow your hair long if you’re just going to pull it back with a rubber band or velvet strap of some kind? If your hair is long, you need to rock that shit. Because man-buns are like…why? It’s like you were late for some black-tie thing and didn’t have time to style your Legends of the Fall hair or at least comb it out, and so you just tied it back and ran out of the door. In the spirit of “shit or get off the pot”, you need to either own your long hair or be a shorter-length guy. I’m talking to you, Emmanuel Lubezski. Because (a) there isn’t much difference between a man-bun, slicked-back moderate length hair and an Aaron Paul tennis-ball thing, and (b) man buns do nothing for the wearer. They make you look “hip” on a certain level, but also louche and indecisive and a bit scraggly. Joaquin Phoenix was wearing a man bun at the Cannes Film Festival awards last night. This plus wearing Converse lace-ups to the ceremony (what potential award-winner comes to Cannes without a pair of uptown shoes?) plus the pot belly thing….honestly, what a douche. 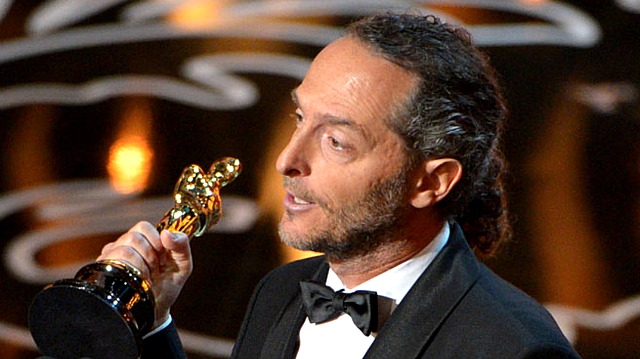 Last night’s Palme d’Or win by Ruben Ostlund’s The Square, a dry, sharply-ordered satire of political correctness in Sweden (which I called “a serving of deft, just-right comic absurdity”), was fully deserved. I would have voted for Andrey Zvagintsev‘s Loveless, a brilliant missing-child melodrama that won high praise from nearly every Cannes-visiting critic, but it only managed a third place showing — i.e., the Jury Prize. This isn’t a tragedy (it was celebrated), but it wasn’t appropriate either. I blame the usual political agendas. 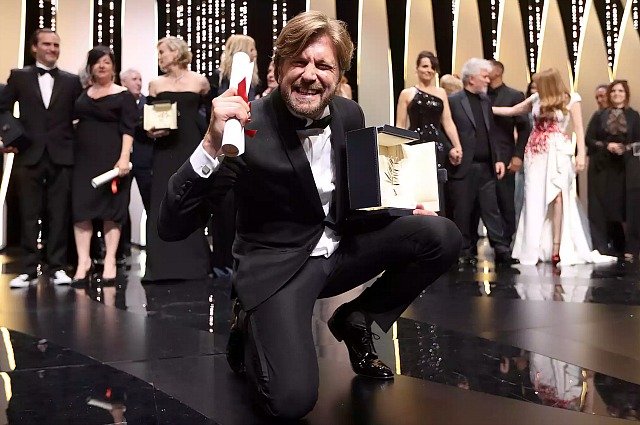 The 2014 Cannes jury shafted Zvyaginstev’s Leviathan with a piddly screenwriting award, and now another Cannes jury has delivered a similar message. Loveless should have at least won the Grand Prix, but that award went to Robin Campillo‘s BPM (Beats Per Minute), a impassioned, seriously didactic period film (i.e., early ’90s) about Parisian ACT UP members battling bureaucratic indifference and/or foot-dragging in the battle against AIDS.

BPM is a commendable (i.e., thumbs up but less-than-great) film, but the Grand Prix win, trust me, was largely about jury president Pedro Almodovar pushing a film with a progressive gay agenda.  Pedro wanted this and the jurors went along.

I’m also blaming the inappropriate Jury Prize win for the Zvyaginstev on the feelies — i.e., jury members who wanted to honor films that supplied up vibes and socially constructive messaging, which the gloomy Zvyagintsev film couldn’t quite accommodate. I don’t know for a stone fact that Will Smith was a prominent voice among the feelies, but how could I not at least suspect this? Look at the movies he’s chosen to do over the last 20-plus years…good God.

The impetus for handing the Best Director prize to The Beguiled‘s Sofia Coppola was, I’m guessing, almost entirely a progressive-female-agenda thing. (I don’t know that jury member Jessica Chastain was pushing for this, but it would have been odd if she’d been neutral…c’mon.) The Coppola trophy was almost certainly inspired by the fact that the last time a Cannes jury gave their Best Director trophy to a woman was in 1961, when Soviet filmmaker Yuliya Solntseva won for The Chronicle of Flaming Years.

I’m saying all this because The Beguiled is far from brilliant or audacious. It’s just a slightly better-than-decent remake of Don Siegel‘s 1971 original — nothing more than that.