Variety‘s Kris Tapley has proclaimed that Christopher Nolan‘s Dunkirk is “the first slam-dunk Oscar contender of 2017.” It’s a Best Picture contender, you betcha, but Nolan’s masterpiece is the second 2017 film to be so honored. The first was Luca Guadagnino‘s Call Me By Your Name, and I don’t want to hear any ifs, ands or buts about it. Okay, Nolan’s film is the first 2017 release to so qualify. I saw it tonight with my mouth open. I’m catching it again on a super-sized IMAX screen this weekend. IMAX is the only way to go in this instance.

“Unlike those other battles, however, Dunkirk was…a salvaged retreat, as the German offensive forced a massive evacuation of English troops early in World War II. And unlike those other two directors, Nolan is only nominally interested in the human side of the story as he puts his stamp on the heroic rescue operation, offering a bravura virtual-eyewitness account from multiple perspectives — one that fragments and then craftily interweaves events as seen from land, sea and air. 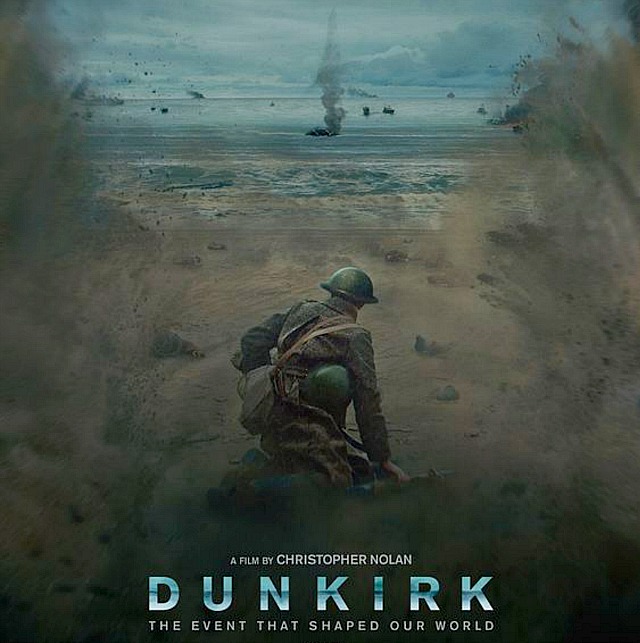 “Take away the film’s prismatic structure and this could be a classic war picture for the likes of Lee Marvin or John Wayne. And yet there’s no question that the star here is Nolan himself, whose attention-grabbing approach alternates among three strands, chronological but not concurrent, while withholding until quite late the intricate way they all fit together.

The new Studio Canal Bluray of Federico Fellini‘s La Strada “doesn’t have the grain I was anticipating”….sold! DVD Beaver‘s Gary W. Tooze writing that a remastered Bluray looks too smooth or overly DNR-ed is, I feel, cause for celebration. Plus he adds that this new 1080p version “is much brighter [with] more detail on the bottom, right and left edges…the best I have ever seen the film presented…a must-own Blu-ray, for the film if nothing more.” I just bought thus sucker –$20 and change.

Matt Ruskin‘s Crown Heights (Amazon/IFC, 8.25), a true-life ’80s and ’90s saga of wrongful conviction and incarceration, won the Audience Award for Best Dramatic Features at last January’s Sundance Film Festival. And it stars the very cool Lakeith Stanfield. I tried to call him “Keith” Stanfield in my review of War Machine, in part because his Wikipedia page says so. What if I called myself Lejeff Wells? I’ll tell you what would happen. I’d be called a pathetic copycat.

From Andrew Barker’s 1.23.17 Variety review: “Essentially structured like a reverse Law & Order episode, Crown Heights sketches an effective, if ultimately somewhat schematic, picture of the legal system’s countless crevasses and sinkholes into which a blameless person can easily be shoved.

“It doesn’t break much new ground and it takes a while to find its footing, but thanks to strong, unshowy performances from Lakeith Stanfield and Nnamdi Asomugha, the film does project the feelings of helplessness and frustration that come from fighting against such an immovable object.

“Adapted from a This American Life episode that detailed the case of Colin Warner (Stanfield), who spent 20 years behind bars for murder before being freed in 2001, the movie offers an interesting companion piece to Ava DuVernay’s documentary 13th, and ought to receive a look from festivals going forward.”

Cheers to Jane Fonda, Robert Redford, Netflix and director Ritesh Batra on their upcoming film, Our Souls At Night, being selected for a special Venice Film Festival gala. The septugenarian romance will premiere on Friday, 9.1. Could this mean that Redford and Fonda will hit Telluride a day or two later? Souls is their third romantic pairing after Barefoot in the Park (’67) and Electric Horseman (’79). (Nobody counts The Chase, in which they were merely part of a hothouse ensemble.) The sentimental “together again” factor plus the decision to screen Souls out-of-competition amounts to a coded message for Venice critics to tred gently. The Colorado-set film begins on a note of platonic companionship with Fonda’s Addie Moore initiating a no-nookie relationship with Redford’s Louis Waters. The fact that Souls was briefly shot in Florence suggests that things ripen. 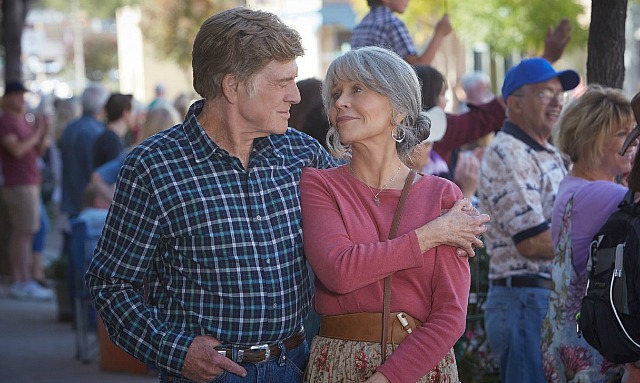 Sometimes the Aero guys seem to be very attuned, very much in the momentary spiritual swim of things. We’re here and then we’re not here. We’re somewhere else. Maybe. Blink of an eye.