I saw Steven Soderbergh‘s Logan Lucky (Bleecker Street 8.18) this morning, and I came out fairly happy or soothed or whatever. I wasn’t exactly dazzled or blown away but I don’t think was the intention. It’s a mild, easygoing entertainment. Yes, it’s Ocean’s Eleven in a rural, lower-middle-class realm, except the principal thieves (Channing Tatum, Adam Driver, Daniel Craig) are unassumingly brilliant in both the planning and execution of a big heist, or the removing of millions from Charlotte Motor Speedway.

So far most critics are delighted with Logan Lucky. It has a 100% Rotten Tomatoes rating as we speak, and an 81% rating from Metacritic. But what about Joe and Jane Popcorn, not to mention rural shitkicker types?

Soderbergh is such a master, such an exacting orchestrator. This has been said repeatedly about many films, but Logan Lucky has really and truly been assembled like a fine Swiss watch. I really love hanging in Soderberghland. I relish his dry sense of humor, his laid-back naturalism and low-key way of shooting stuff, plus his cool framings and cutting style, etc. A total pro.

I’m too stupid to understand all the logistical and strategic maneuvers, double-backs and fake-outs. To this day I don’t entirely understand every last thing about how the heist was pulled off in Soderbergh’s Ocean’s 11, and I don’t care enough to see it again anyway. I’m just not very smart when it comes to this stuff.

Part of the problem today was that I was unable to hear about 35% or 40% of the dialogue because of the horrible sound system in the Wilshire Screening Room.

But I loved so much about Logan Lucky. I really did. It’s such a nicely assembled alternate-reality caper piece. It’s a light cultural fantasy thing, and is quite funny here and there. Very droll and low-key and plain spoken. But I mainly love it because it’s so well made. All hail cinematographer Peter Andrews!

And yeah, I loved the surprise appearance of Hillary Swank, but I’m too dumb to…forget it.

Of course, Logan Lucky is set in a version of Bumblefuckland that’s not quite real. Because the characters aren’t real Bumblefucks but Hollywood hybrids pretending to be the Real McCoy. Skilled, clever, laid-back smoothies performing with yokel accents and wearing the clothing and all the rest of it in a casual, pocket-drop way, and at the same time handling their complex robbery scheme in a much smarter way than you might expect garden-variety Bumblefucks to do, or anyone for that matter who isn’t an Einstein-level genius at pulling off robberies.

George Clooney‘s Danny Ocean would be seriously impressed by these guys.

My mood always sinks when a film I want to catch is showing at the dreaded Wilshire Screening Room (8670 Wilshire Blvd., Beverly Hills, CA). The sound isn’t awful there, but it’s bad enough that I’m often unable to decipher some of the dialogue. Sometimes half of it and sometimes less than half, but there’s always a little bit of a problem when I see a movie there. Because the sound just isn’t sharp or trebly enough, and so I can’t hear some of the consonants all that clearly. You can respond with the usual bullshit about how I need to get my ears checked, but I’ve heard dialogue just fine in dozens of other venues. Okay, maybe I’m slightly at fault and maybe I need to clean the wax out, etc. But why do I always have problems with the Wilshire and almost never anywhere else? I’ve seen two films at the Wilshire within the last couple of days (Only Living Boy in New York, Logan Lucky), and both times I was muttering to myself, “Why can’t I hear what they’re saying half the time?” 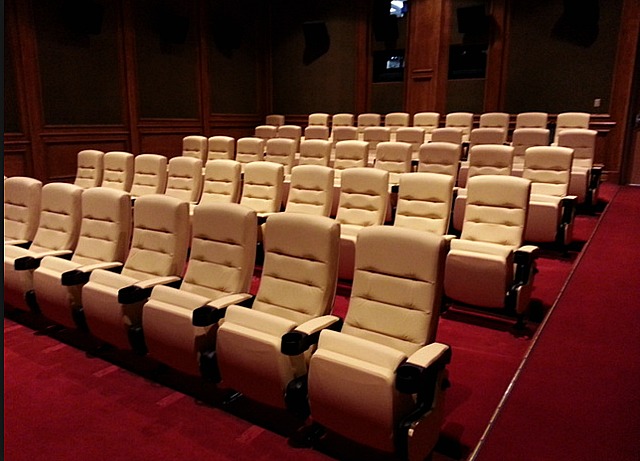 Two things about my highly positive riff about Brad’s Status (Amazon/Annapurna, 9.15), which posted three days ago (7.31). One, when I wrote the piece I somehow hadn’t noticed that Mike White‘s film is slated to play the Toronto Film Festival under the Platform program. Two, I posted outside the realm of regular protocol. I was given a chance to see it outside normal channels, you see. This plus my extremely positive reactions resulted in a decision to post early. If I’d seen Brad’s Status under the usual circumstances I would’ve naturally adhered to the embargo date. What I wrote was more of an emotional data burst or outpouring rather than a “review”, if that’s of any help. I always follow the reviewing rules (if anything my tendency is to post after the embargo date), but this was a special thing, a one-off. 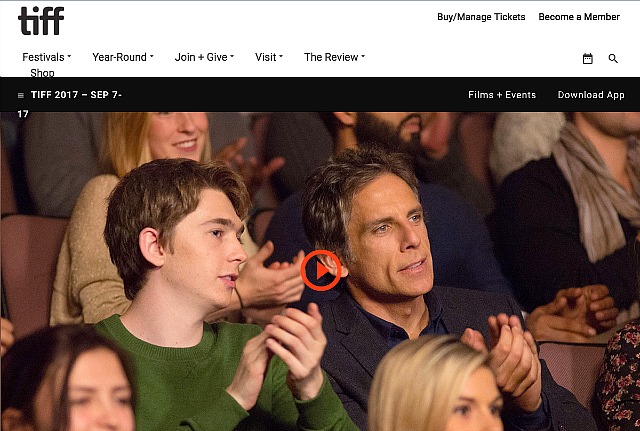 Special counsel Robert Mueller has empowered “his own” grand jury on the Russia probe, and not just a default grand jury under the usual, reflexive, run-of-the-mill procedures that enable grand jury convenement. The Wall Street Journal reported earlier today about the Mueller move, which is almost certainly a sign that the Russia probe is gaining momentum and becoming more declarative.

Forbes‘ Scott Mendelson on Twitter (posted early this morning): “Fair or not, I can’t think of a more tone-deaf and thematically pointless idea in this political/social environment than white male filmmakers remaking Death Wish.”

Jeffrey Wells reply: What you’re saying is that a movie about a middle-aged vigilante shooting ethnic gang members in 1974 was a crude Nixon-era exploitation piece about lawlessness and racial tensions in a city that was succumbing to urban rot and going downhill fast. But a movie telling more or less the same tale in 2017 or ’18 will be a flat-out racist screed trying to appeal to angry Trump voters and other thoughtful types who believe that black lives might matter in a certain sense (i.e., not too specifically or militantly) but that blue lives matter also, and that young men of color had better not cause any trouble or pull out guns or argue or run away when a cop pulls them over.