My favorite bumper attraction, made or at least sold by CafePress for $7.99. Noticed this on the rear bumper of a big, fat black Chevy Suburban in the WeHo Pavillions parking lot — Friday, 8.18, 5:35 pm. 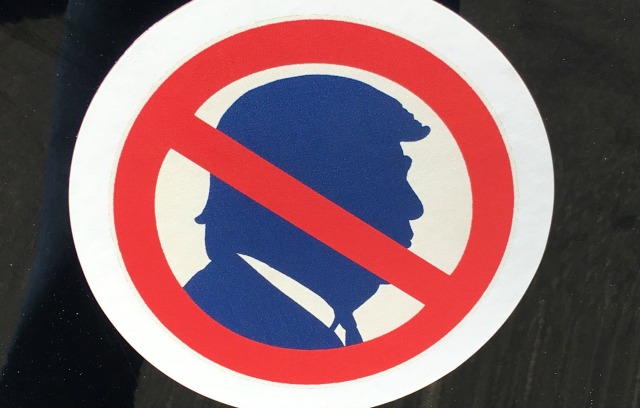 Imagine having a high-end, bucks-up Hollywood career like Jennifer Jones had in the ’40s, ’50s and early ’60s (The Song of Bernadette, Since You Went Away, Duel in the Sun, Portrait of Jennie, Ruby Gentry, Beat the Devil, Love Is a Many-Splendored Thing, The Man in the Gray Flannel Suit, A Farewell to Arms, Tender Is The Night) and then things starting to go wrong and crazy in the mid ’60s (she attempted suicide in ’67) and finally ending up in an embarassing piece of shit called Cult of the Damned (aka Angel, Angel Down We Go). Imagine the shame, the self-loathing! Kino has a Portrait of Jennie Bluray (complete with green-tinted finale and full-color shot of the Jones portrait at the very end) out on 10.24. 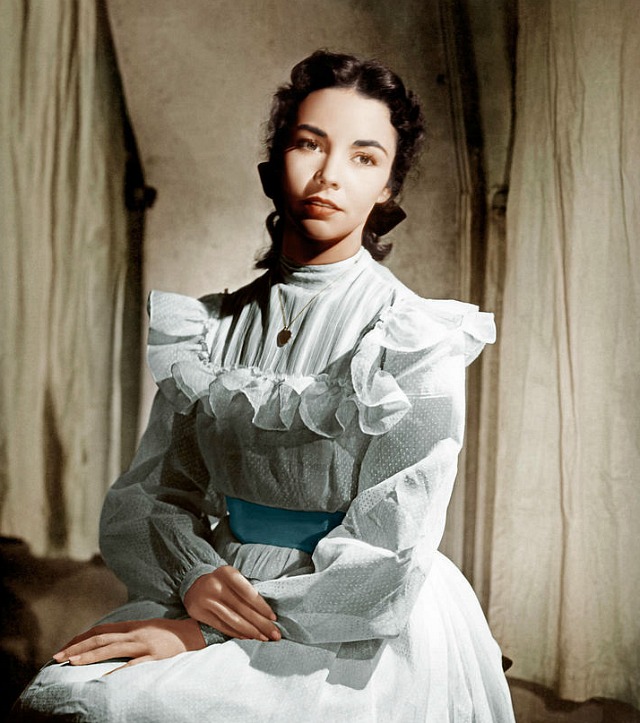 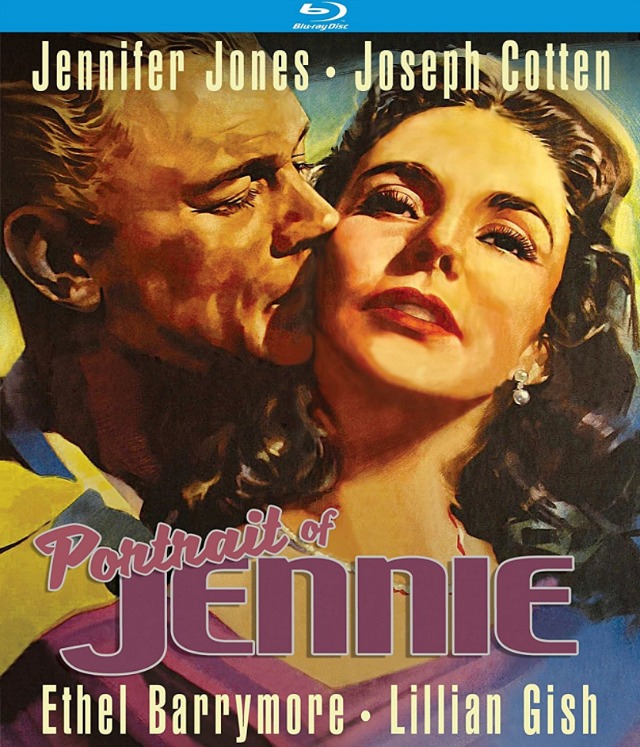 Taped this morning at a small studio on 10615 Burbank Blvd., just west of Cahuenga Blvd. Completely easy and enjoyable. Scan the latest Oscar Spitball chart while listening. We briefly discuss Richard Rushfield‘s The Ankler at 39:40. Thanks, Jeff — let’s do it again sometime. 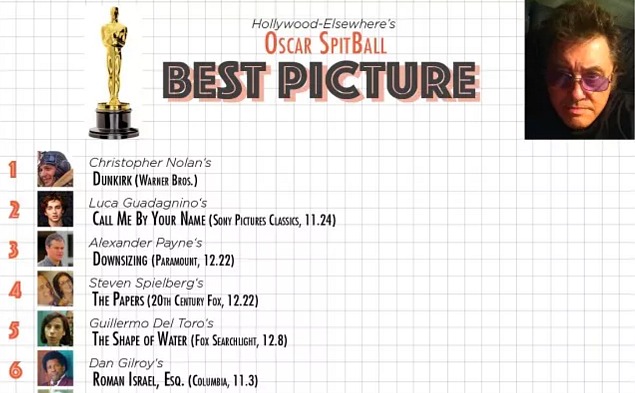 Senior White House strategist and alt-right nationalist Steven K. Bannon has been cut loose. “White House Chief of Staff John Kelly and Steve Bannon have mutually agreed today would be Steve’s last day,” White House press secretary Sarah Huckabee Sanders said in a statement. “We are grateful for his service and wish him the best.”

As far as Hollywood Elsewhere is able to ascertain, Bannon was dismissed because of increasing complaints that his bloated face and diseased-looking skin had disturbed too many people. Bannon’s face is the very portrait of soul rot. He looks like an angry compulsive boozer — swollen schnozz, grey pallor, spots and blemishes, puffy eye bags. I’ve seen Bannon-style faces in bars all across America, and in Ireland too. I’ve seen them in diners, trailer parks, VFW halls and bus stops so don’t tell me.

Other reasons for Bannon’s dismissal: (a) too toxic and self-aggrandizing, (b) too much of a media attention whore, (c) combative bad-mouther, (d) clashed with Jared Kushner, etc. We all knew Bannon would go sooner or later, right? No biggie. 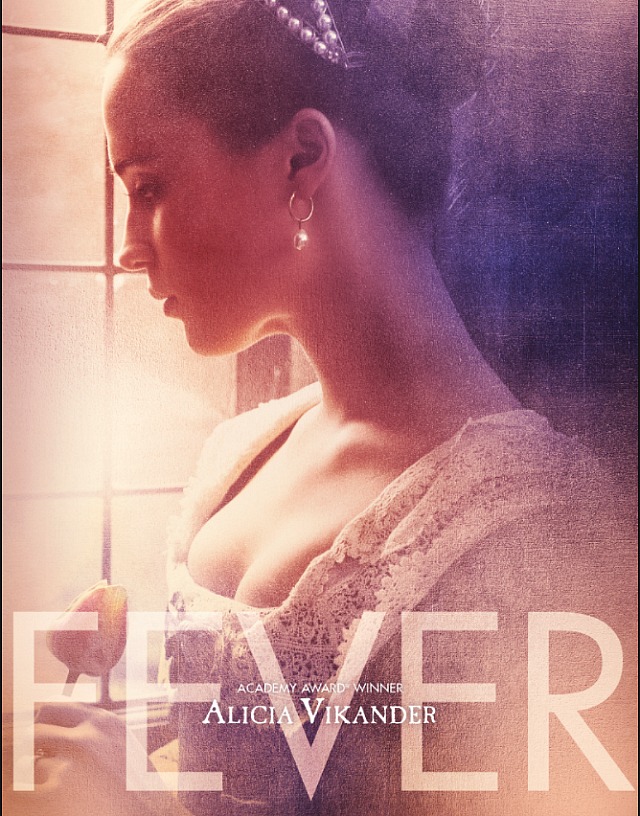 On Friday morning I’ll be doing a MEET THE MOVIE PRESS discussion wth The Tracking Board‘s Jeff Sneider. I don’t want to converse in that rat-a-tat-tat, Mexican-jumping-bean fashion that everyone always defaults to. Then I’ll be catching a special pre-TIFF screening of Matt Tyrnauer‘s Scotty and the Secret History of Hollywood. Among the topics I’d like to kick around with Sneider: New releases (Logan Lucky, Patti Cake$, Crown Heights), HE’s Oscar Spitball chart, Richard Rushfield‘s The Ankler, John Curran‘s Chappaquiddick going to Toronto, the expected $50 million appeal of It, and the curious persistence of Get Out in the Best Picture conversation.

A day after HE’s Oscar Spitball Best Picture chart appeared, I was told that Woody Allen‘s Wonder Wheel (Amazon, 12.1) is allegedly “great.” Until then my impression had been that Kate Winslet‘s performance, which New York Film Festival honcho Kent Jones has called “startlingly brave” and “powerhouse,” would be the big magnet. But maybe there’s more to it. We all process festival hyperbole with a grain of salt, but now I’m thinking that Jones description of Wonder Wheel — “a bracing and truly surprising movie experience” — might be on the up-and-up.

Wonder Wheel will close the NYFF on Sunday, 10.15, or six weeks before Amazon’s nationwide opening. My NYFF press pass is good but I can’t afford to be in NYC for more than a couple of days following Jett’s 9.22 wedding — maybe a concurrent LA screening? 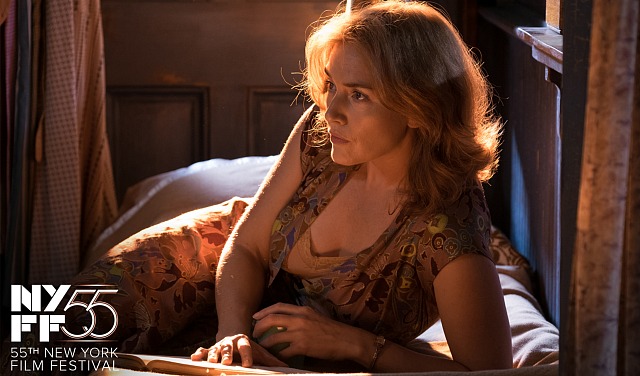 What does Tony Schwartz know, and how does he know it? The ghostwriter of “Trump: The Art of the Deal” and longtime bete noire of the 45th President, tweeted on Wednesday that President Trump “is going to resign and declare victory before Mueller and Congress leave him no choice…the circle is closing at blinding speed…Trump’s presidency is effectively over…would be amazed if he survives till end of the year…more likely resigns by fall, if not sooner.” Isn’t that a little optimistic? At best Trump is gone in 2019, and only if the Democrats win bigtime in both chambers in ’18, and who knows if that’s assured? 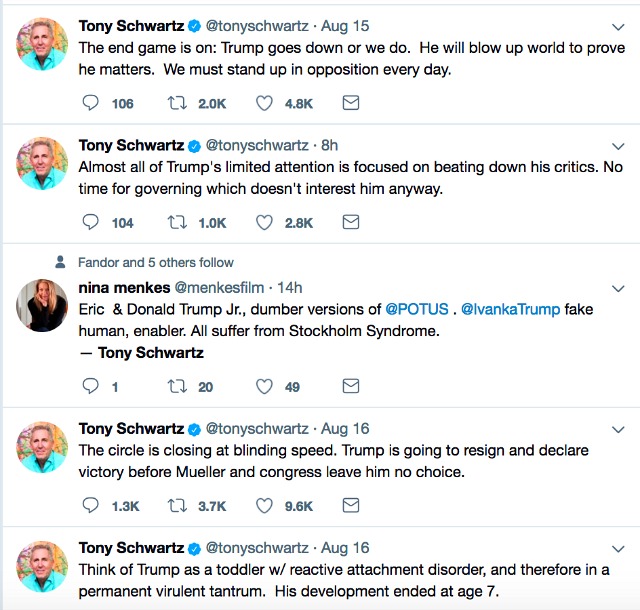