Thirteen months ago I threw some praise at a 5.11.16 draft of Taylor Allen and Andrew Logan‘s Chappaquiddick. I tore through it in no time. It’s the kind of well-finessed backroom melodrama that I love — no bullshit, subdued emotions, no tricks or games.  It’s tense and well-honed, and, like I said on 8.18.16, a nightmare that had me shaking my head and muttering “Jesus H. Christ”.

Like the script, the film (which I saw this morning at 8:30 am) is a damning, no-holds-barred account of the infamous July 1969 auto accident that caused the death of Kennedy family loyalist and campaign worker Mary Jo Kopechne, and which nearly destroyed Sen. Edward Kennedy‘s political career save for some high-powered finagling and string-pulling that allowed the younger brother of JFK and RFK to more or less skate. 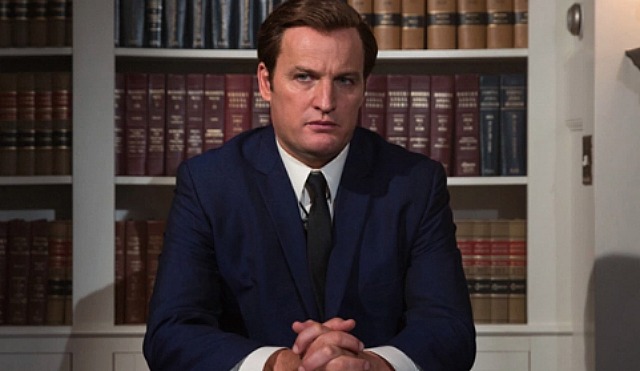 There’s no question that director John Curran, dp Maryse Alberti and editor Keith Fraase are dealing straight, compelling cards, and that the film has stuck to the ugly facts as most of us recall and understand them, and that by doing so it paints the late Massachusetts legislator and younger brother of JFK and RFK in a morally repugnant light, to put it mildly.

All along I’ve been hoping that Curran would just shoot the script efficiently, minus any kind of showing off or oddball strategies that might diminish what was on the page. This is exactly what he’s done. Curran has crafted an intelligent, mid-tempo melodrama about a weak man who commits a careless, horrible act, and then manages to weasel out of any serious consequences.

Chappaquiddick may not be the stuff of monumental cinema (stylistically it feels like a respectable HBO-level thing), but it’s a frank account of how power works (or worked in 1969, at least) when certain people want something done and are not averse to calling in favors. EMK evaded justice by way of ingrained subservience to the Kennedy mystique, a fair amount of ethical side-stepping and several relatively decent folks being persuaded to look the other way.

Last Thursday night Call Me By Your Name star Timothy Chalamet told me that the new Woody Allen film in which he costars with Elle Fanning and Selena Gomez would begin filming on Monday, 9.11 (i.e., today). Sure enough, this happened several hours ago on the streets of…not sure if it was Manhattan or Brooklyn but definitely somewhere in the general New York City area. 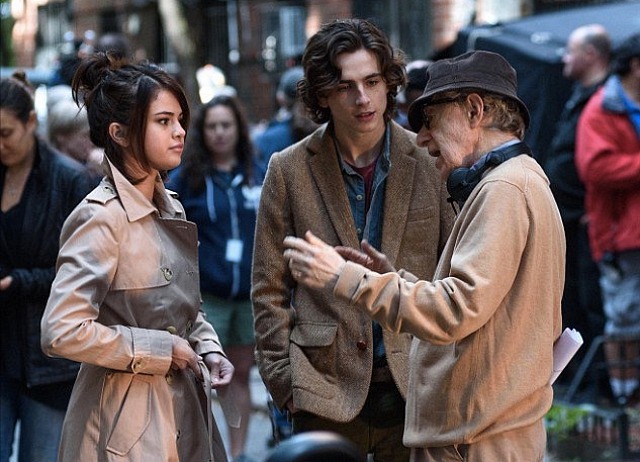 If you have an ample supply of alluring, great-looking, non-grainy footage, you’re free to forego talking heads. Just hire a top-tier editor, overlay some wise, insightful narration and you’ll probably be fine. But if your footage is mainly composed of grainy, shitty-looking photos mixed with black-and-white TV footage, you definitely need to intercut with well-recorded, high-def color footage of this and that knowledgable, insightful authority.

The reason, obviously, is that you’ll want to occasionally free the viewer from the prison of fuzzy, shitty-looking stills and black-and-white TV footage, and you’ll also want to heighten the impact of your vocal observations as a way of adding intellectual intrigue and fighting the general monotony. 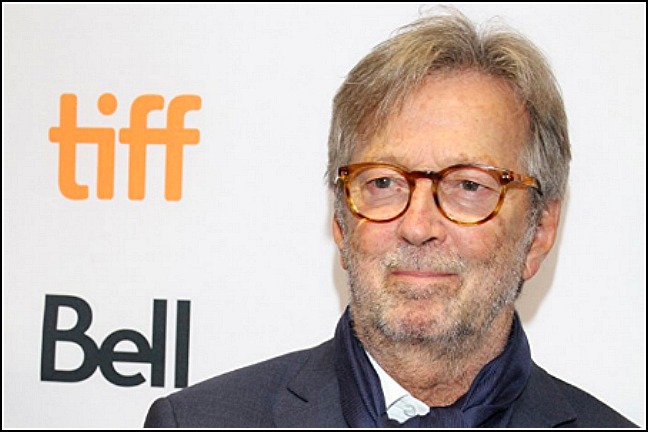 I’ve just walked out of a screening of Eric Clapton: A Life in 12 Bars because the portion I saw (a) was almost all grainy, shitty-looking photos and black-and-white TV footage (it really needs a roster of well-lighted talking heads) and because (b) the cutting felt uninspired and inelegant and (c) I began to feel hugely irritated and then angry from the generally sloppy, substandard feel of it.

Granted, I only lasted from the beginning of Clapton’s guitar-playing career to the dawn of musical psychedelia, or from late ’63 to early ’67 (Yardbirds, John Mayall & the Bluesbreakers, Cream). But Zanuck didn’t even touch upon the musical influence of pot and LSD and particularly the mystical-psychedelic consciousness that began to spread all through the music industry starting in late 1965, and which flourished in ’66, ’67 and beyond.

Cream wasn’t just another band for Clapton (or Jack Bruce or Ginger Baker) — it represented a whole spiritual changeover, a new way of living and seeing…everything top to bottom. To quickly transition from being a hard-core blues purist to a psychedelic pioneer was huge for a guy like Clapton, and yet the doc just cuts from shitty-looking black and white stills and footage of Clapton hanging and playing with Mayall and the gang to shitty-looking black and white film of Clapton, Bruce and Baker playing “I Feel Free,” which was among the strongest cuts from Fresh Cream.

All of a sudden I said to myself, “Fuck this movie…Zanuck and her producers and editors are just going through the motions, running footage, hanging wallpaper.” I suddenly needed to feel free, and so I got up and left.

I may catch the rest of Eric Clapton: A Life in 12 Bars when it plays on Showtime. Maybe. If I feel like it. We’ll see how that goes. 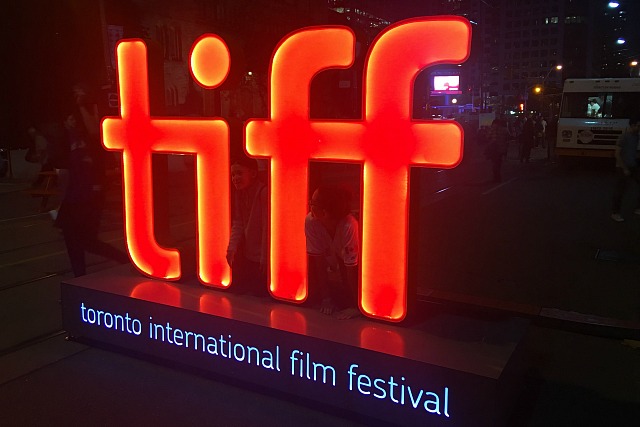 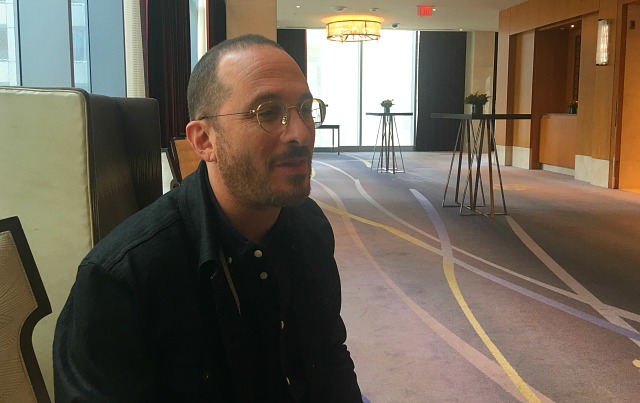 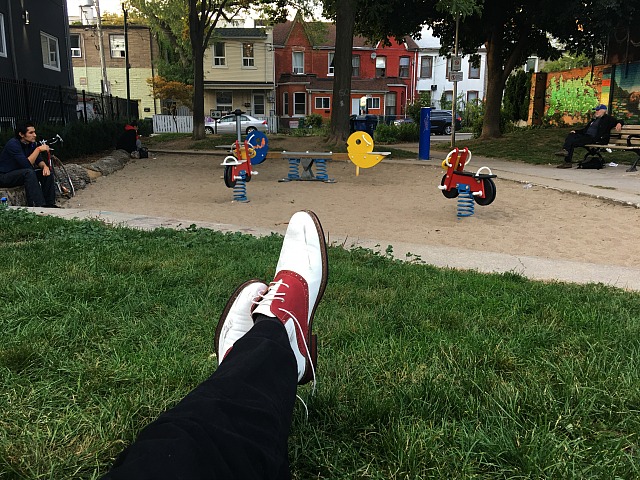 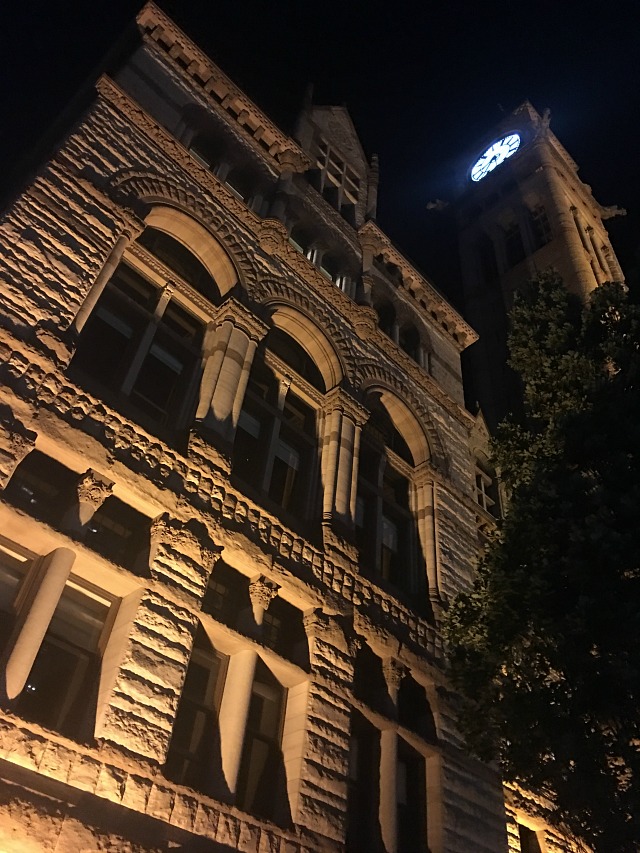 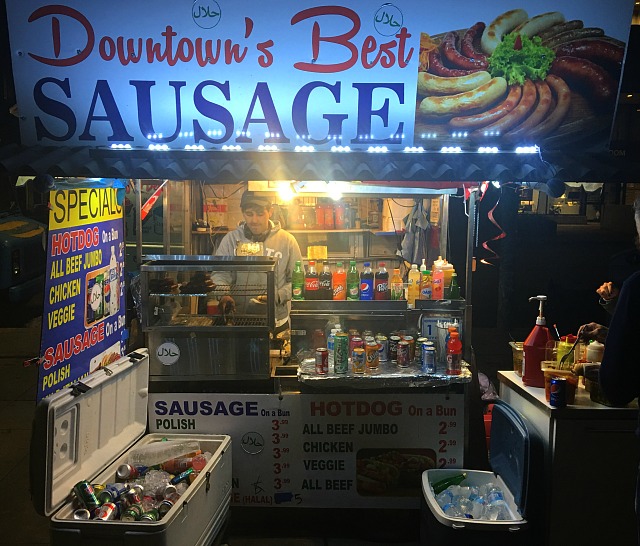 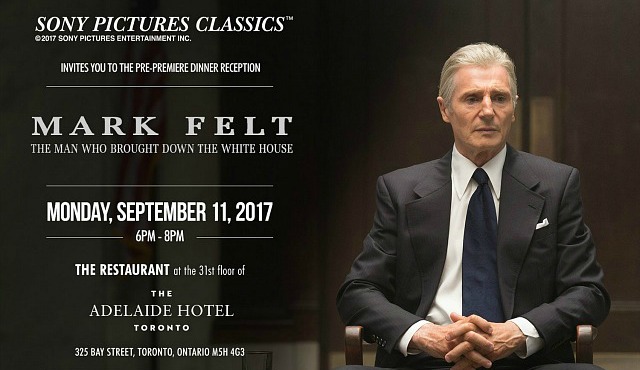