Everyone knew that the recently released Bluray for Arthur Penn‘s Night Moves (’75) wouldn’t be all that spellbinding. Bruce Surtees‘ 35mm cinematography was never intended to be anything more than professionally presentable in a workmanlike fashion, and that was fine. But the Bluray definitely looks better than the various versions I’ve been watching for the last 35 years or so, including the ones offered on DVD and Amazon SD streaming. And that’s all I wanted anyway. 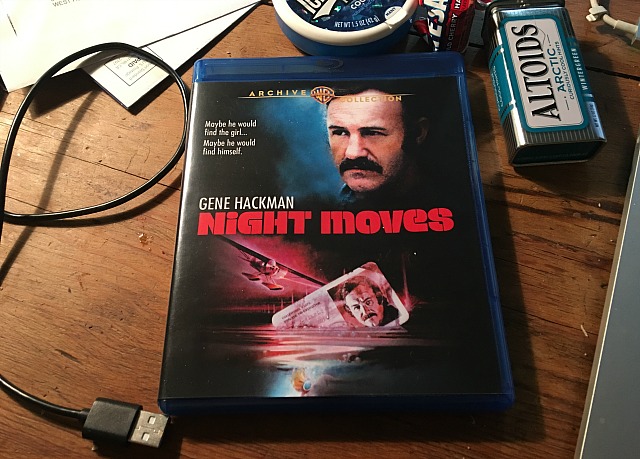 Devin Faraci, Cinefamily’s Shadie Elnashai and Hadrian Belove, Ain’t It Cool‘s Harry Knowles have walked the plank for alleged sexual assault and/or harassment…and now Harvey Weinstein, the swaggering king of the indie world in the ’90s and most of the aughts until ’13 or thereabouts, is being threatened along similar lines.

Variety‘s Brent Lang, Gene Maddaus and Ramin Setoodeh reported earlier this afternoon that the Weinstein Co. honcho “has hired a high-powered team of attorneys to push back on soon-to-be-published bombshell stories from the New York Times and the New Yorker detailing sexual allegations and improper workplace behavior against him.” 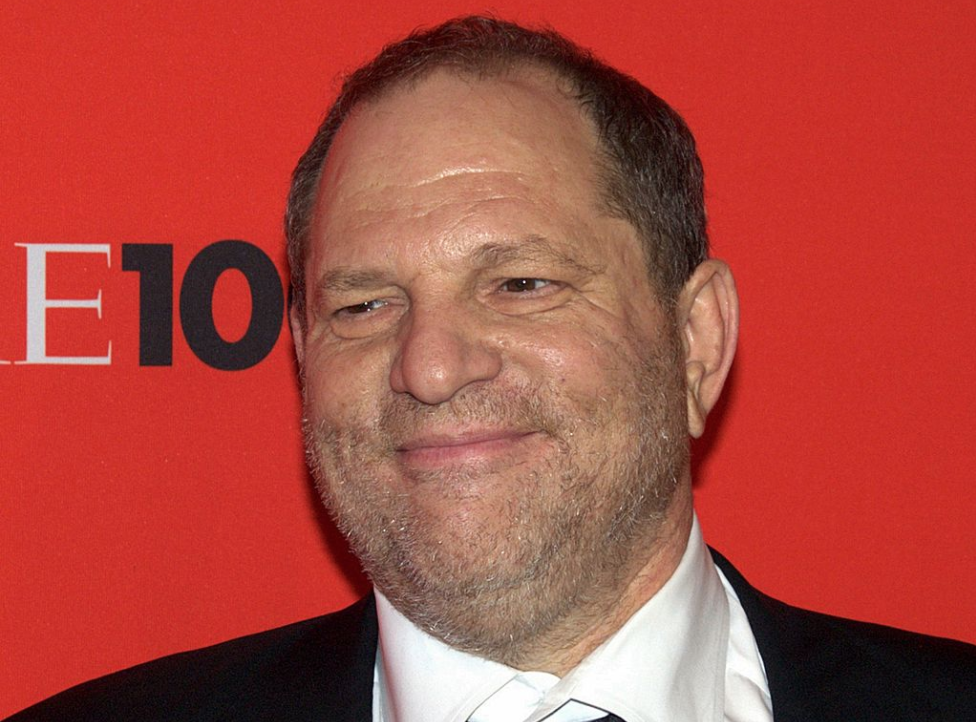 Variety says that “some women making the charges are believed to be on the record.”

“Multiple individuals with knowledge of the situation” have told Variety that Jodi Kantor and Megan Twohey are the authors of the Times story, and that former MSNBC host and Woody Allen accuser Ronan Farrow is penning the New Yorker piece. One of the stories could appear as early as this week, the article says.

In a brief interview with Variety, Weinstein “declined to comment on the charges.”

I just flashed on the finale of Brian DePalma‘s Scarface with Harvey as Tony Montana and Kantor, Twohey, Farrow and Harvey’s alleged accusers as the Columbians scaling the fence of the Montana estate.

4 Comments
Late To In The Fade

I don’t understand how anyone can dismiss Fatih Akin‘s In The Fade (Magnolia, 12.27), a traumatic-loss-and-revenge drama starring Diane Kruger, whose performance won the Cannes Film Festival’s Best Actress award last May. You can criticize the film, I suppose, for what it doesn’t address (i.e., European Islamic terrorism) but taken on its own terms, it’s close to unassailable.

In The Fade dispenses chilly, carefully measured hardball realism, and does so in a gripping, emotionally jarring way that I believed top to bottom. It’s now the official German entry for the Best Foreign Language Film Oscar at next March’s Academy Awards telecast (3.4.18). 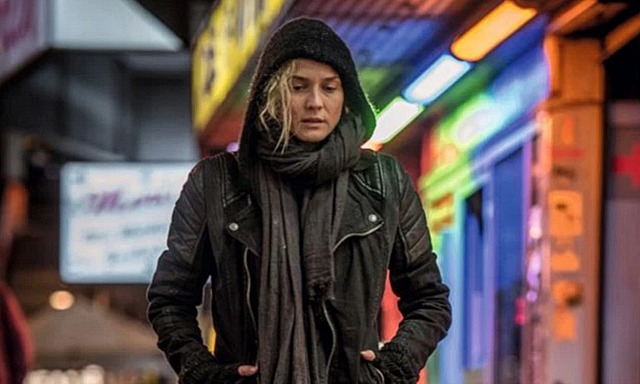 Set mostly in Hamburg, Fade starts with Katja (Kruger), her clean-living Kurdish/Turkish husband Nuri (Numan Acar) with a drug-dealing past, and their young son Rocco in happy-family mode. That lasts less than ten minutes. A home-made nail bomb outside Nuri’s office explodes, and Katja is suddenly a child-less widow. She wilts under agonizing pain and a near-total emotional meltdown, and understandably decides to temporarily medicate with drugs, and then nearly ends it all by slitting her wrists.

But a suspicion she’d shared with her attorney, Danilo (Denis Moschitto), about anti-immigrant Nazis having planted the bomb turns out to be accurate. Katja learns that evidence she had given the police has led to the arrest of Andre and Edda Moller (Ulrich Brandhoff, Hanna Hilsdorf), a pair of young neo-Nazis with international connections. There’s no doubt these two are the culprits — Katja had seen Edda leave a bicycle near her husband’s office two or three hours before the blast.

Then comes a second-act portion dealing with a trial of the accused that doesn’t end satisfactorily, and finally a third act in which the acutely frustrated Katja travels to Greece to carry out her own form of revenge-justice.

Back in the days of print and paper, or roughly 27 years ago, I was talking…okay, arguing with a guy who was in charge of printing Prime, a Music-Plus contract monthly about music and movies that I was the senior editor of. He got off the line for a bit, and a second or two later I murmured to a friend nearby that the guy I was squabbling with was a moron. The printer heard me. Our conversation proceeded as follows:

Printer: You just called me a moron.
Me: I did?
Printer: I heard you! You just said “he’s a moron.”
Me: Well, okay, but I wasn’t describing you in an altogether sense. What I meant — I’m sure you’ve done this yourself — was that my impression of you at that particular point in time was that you were a moron. A moment in time. Two minutes later you could say or do something that would totally change my mind. Just a figure of speech.
Printer: Well, here’s another figure of speech. You’re a judgmental shit.
Me: Not really. I’m apologizing and trying to build bridges here.
Printer: You’re apologizing?
Me: Well, yeah. I mean, I said it, okay, but it was like I said, a brief, transitional impression. Speaking here and now in the present tense, I’m not calling you a moron. I’m just trying to work with you.


Same thing with Secretary of State Rex Tillerson. I don’t think he mutters “Donald Trump is a moron, Donald Trump is a moron” on a 24/7 basis. He said it once in a meeting last July. It slipped out because he was thinking that at the time, but once he’d said it he moved on to other things. And that was that.

There’s a hint of a menacing goombah vibe in this trailer for Woody Allen‘s Wonder Wheel. That plus Justin Timberlake saying “I know what you did” to Kate Winslet…do the math.