32 years ago, and the cultural minutiae contained in this Leonard Maltin report feels as exotic and ancient as Egyptian heiroglyphs. “Virtually indestructable”? Laser rot was a common term ten years later.

From a just-posted Atlantic essay called “How Michael Clayton Presaged 2017,” by James Parker:

“Michael Clayton is a great film because underneath the stylishness, the performances, the dialogue, and the closed-circuit plotting, underneath everything that got it nominated for seven Academy Awards, is the mute, heaven-pummeling, gaping-like-a-baby unformed vowel of a human soul crying out.

“In the gray light, Clayton (George Clooney) climbs the pasture. Halfway up the slope, three horses are standing: sculpturally still, casually composed in a perfect triptych of horsitude. Clayton stops, wobbles slightly. The horses watch him, three velvety dinosaur heads scanning this end-of-his-rope man with a balance of priestly inquiry and animal indifference. They breathe, they nod, incense of horse-exhalation in the cool air. He breathes, he nods. Something is exchanged. Something is understood. Something is absolved. Something is released. 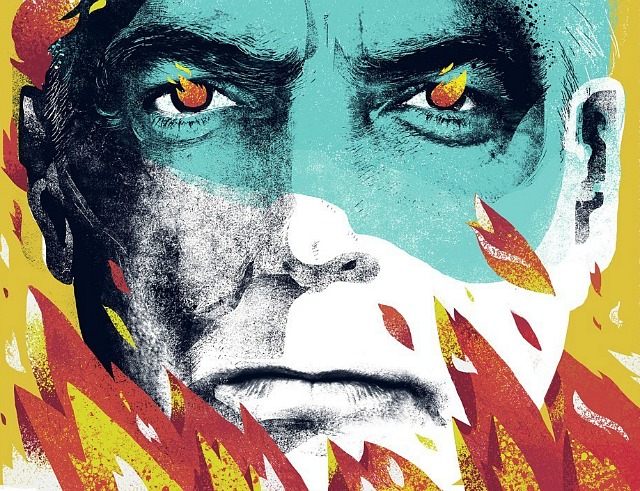 “Behind him, in a gassy wallop of flame, his car explodes. The horses wheel and take off, with the air of having suddenly remembered a superior engagement. And Clayton, understanding after a few seconds of confusion that somebody just tried to kill him, blunders back down to the blazing vehicle and clumsily, hastily, tosses into it his watch, his wallet, whatever is in his pockets.”

Wells interjection: When the cops investigate the blackened vehicle, they’ll naturally assume that Clayton was in the car despite the absence of skeletal remains or teeth.

Back to Parker: “The law does its work, finally, in Michael Clayton. It mops up the corruption. The system functions. Society holds. But for the individual, for Michael Clayton, there has been a reckoning. Conflagration, transformation.

HE salutes The Hollywood Reporter‘s Seth Abramson for tweeting what appear to be apparent facts about the alleged but still unconfirmed pee-pee incident between Donald Trump and “a group of women” at the Ritz Moscow in November 2013. Abramson’s understanding is that “the FBI has made contact with a former Trump Organization employee who confirms there was a fracas in the lobby of the Ritz during the second week of November 2013,” and that “multiple media outlets” and “certain political operatives” are aware of this, etc. Said outlets aren’t reporting because the information “can’t be triple-sourced or confirmed for attribution,” Abramson says. 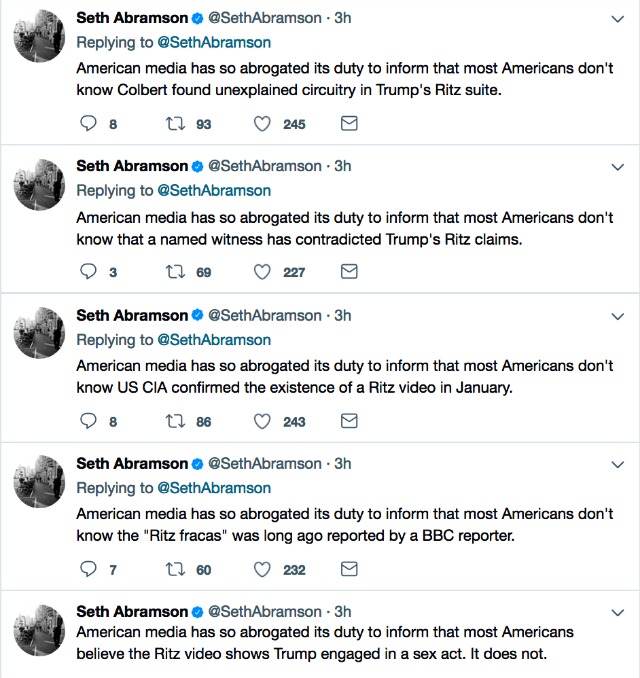 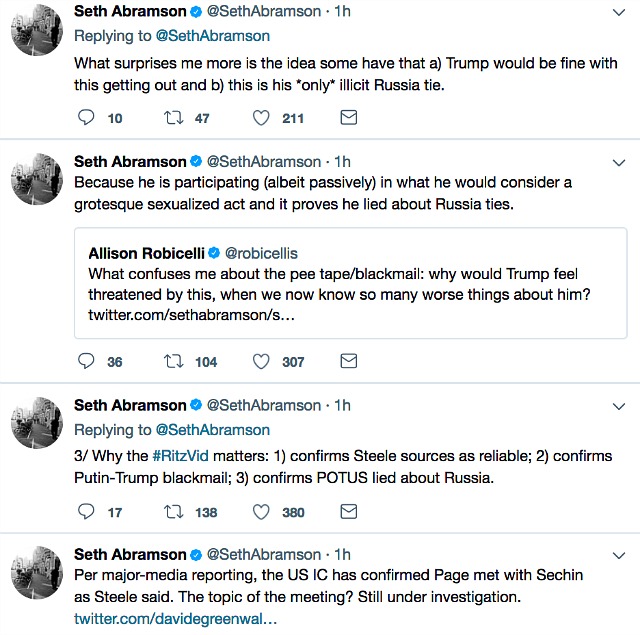 …and put ’em where the sun don’t shine. Consider what Jason Aldean tweeted just after the Las Vegas massacre. Not a word about looney gun culture, bump stocks, small dicks, universal background checks, how nobody needs an automatic weapons for anything, etc.