Listen to the guy identified as Burt Reynolds in this Movie Geeks United podcast. I know what Reynolds sounds like — I know his the purr and the flip of his voice like the back of my hand — and this guy ain’t him. Or more precisely, he ain’t the Reynolds of yore. And yet Reynolds did sound like his own self last year when he visited the Key West Film Festival (which is where I’m flying off to tonight, by the way).

If anyone has the balls to pass along a PDF of Quentin Tarantino’s “not so much Manson as 1969” script, you know how to get in touch. I managed to snag a copy of The Hateful Eight, you’ll recall. A friend: “Been told by two studio sources that execs had to physically go to the WME office to read the script. I highly doubt it’s out there.”

Most clarifying description yet, from Deadline‘s Michael Fleming: “There has been a lot of press that the script focuses on Charles Manson and the murder spree he orchestrated, but I’m told that is akin to calling Inglourious Basterds a movie about Adolf Hitler, when the Nazi leader was only in a scene or two.

“The film will be set in Los Angeles and begin production in mid-2018 for a 2019 release, and it will be an R-rated film, like all Tarantino’s directing efforts. Those who’ve read it said the script has heart and a strong commercial appeal, and if there is a film of Tarantino’s it can be best compared to, it would be Pulp Fiction, which also was set in Los Angeles. The film will carry a budget in the range of Django Unchained.”

This is a really weird Oscar year. I know which films are truly the best, the most well-made, the ones that actually transcend themselves and take you over to the other side…and they’re not necessarily represented among the picks that the Gold Derby-ites and Gurus are currently eyeballing. The know-it-alls are really the guess-it-alls, and they’re choosing some of these films because they come close to fulfilling a kind of vague definition of what an Oscar film could or should be, but at the same time not really. Because it’s a weird year, and by that I mean a weak year.

In the spirit of this weakest of weird years, the great James Franco should be Best Actor nominated for his performance in The Disaster Artist. I was slow to understand how good he is, I know, but that’s me sometimes. A tortoise, a snail. Franco won’t win, of course, but he needs to be among the five nominees because this would reflect what we all sense is happening this year, which is that it’s all weird and off-kilter and hard to get a handle on. There are no big Best Picture kapows except for Lady Bird, Dunkirk and Call Me By Your Name. Oh, and The Florida Project.

Hollywood Elsewhere attaboy pat-on-the-back prizes: The Shape of Water, Three Billboards Outside Ebbing, Missouri, The Disaster Artist. Holding Our Breath: The Post, Phantom Thread, All The Money In The World. 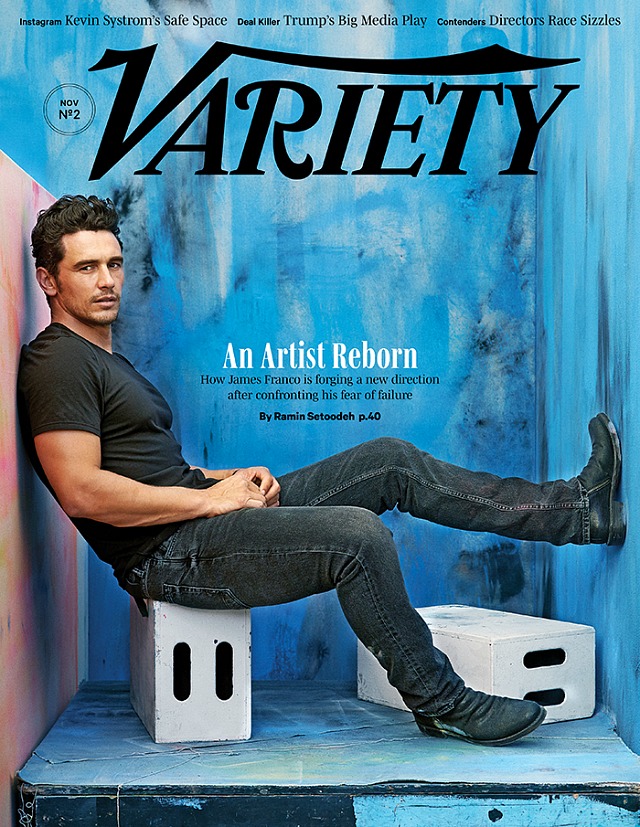 For a Variety interview called “An Artist Reborn,” Ramin Setoodeh did two interviews with Disaster Artist producer-director and star James Franco. The first happened at Manhattan’s Soho House (29-35 9th Ave.), and a few weeks later they met in Los Angeles for hike to the Griffith Park Observatory.

If so doing Setoodeh elevated his status to that of Esquire and GQ interviewers, who often meet with their subjects two or three times over a month-long period, usually in dramatically different settings.

What if Setoodeh and Franco had met a third time on a sailing voyage between the islands of Kuwaii and Oahu? I guess I’m not used to Variety staffers doing the glammy, hang-out-and-really-get-to-know-each-other-over-a-period-of-a-few-weeks thing.

The only person I ever interviewed twice for the same interview was Robert Altman, right around the time of The Player. Altman was slightly irked when I dropped by the second time: “Whaddaya doin’, writin’ a book here?” 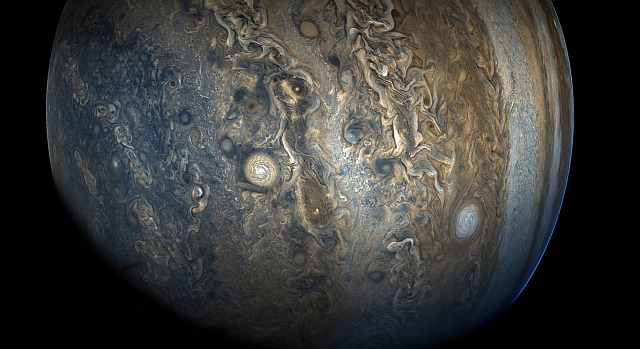 Poorly thought-out, ill-considered Christopher Plummer statement about Kevin Spacey, conveyed to Vanity Fair: “I think it’s very sad what happened to him. Kevin is such a talented and a terrifically gifted actor, and it’s so sad. It’s such a shame. That’s all I can say, because that’s it.” Plummer is sorry, in short, that Spacey’s talent, which exists in its own realm, will henceforth have a difficult time finding a proper outlet. He’s not expressing sorrow that a predator has met with an unfortunate but just fate. Spacey has been condemned all around; Plummer didn’t need to add to it. Spacey now resides in the kingdom of the cobra and the scorpion. Update: Bryan Cranston is probably saying the wrong thing. 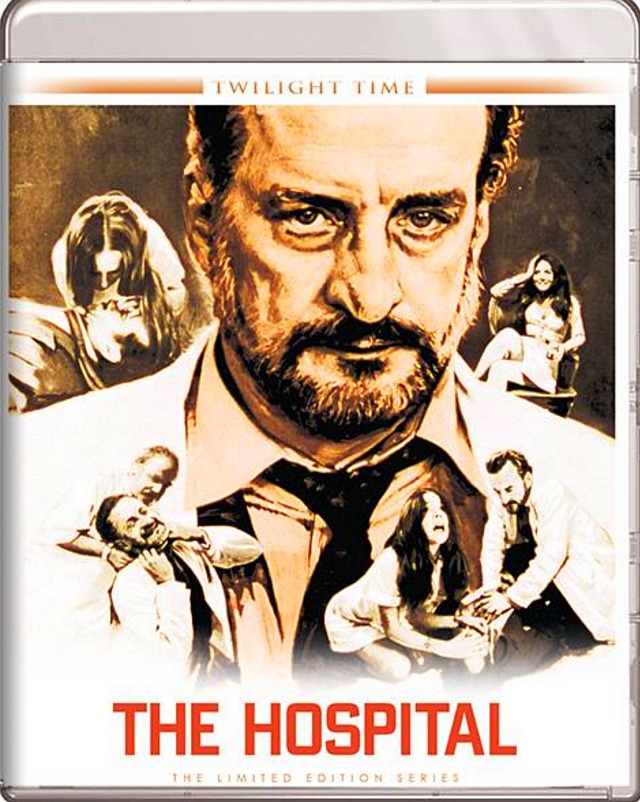 Ridley Scott‘s recent decision to re-cast, re-shoot and re-edit All The Money In The World within 35 or so days (actually less when you consider that 87-year-old Christopher Plummer, Kevin Spacey‘s stellar replacement, won’t begin shooting his scenes in Rome and Wadi Rum, Jordan until 11.20) has to be one of the ballsiest and most heroic moves any director has made in Hollywood history.

Prior to the 11.22 NYC premiere of The Man Who Invented Christmas, Plummer told a Vanity Fair correspondent that the All The Money In the World shoot would begin on Monday, 11.20, and continue for roughly 10 days. I presume that means 10 days straight — who would even consider weekends off with this kind of pressure-cooker situation?

The fact that Scott was pretty much forced into re-casting Spacey’s part as J. Paul Getty while at the same time having to stick to the original 12.22 release date ** is secondary. The point is that Scott became a kind of Charles Lightoller figure after a Spacey torpedo tore into the hull of his ship. Was it Fredrick Neitzche who said “when in danger always move forward,” or did Nick Nolte‘s Ray Hicks character make that up on the spur? Scott decided within hours that he had to become an extraordinary general — re-cast, re-group, fly his troops to Rome and Jordan, finesse the problem, and then fly back to Los Angeles like Odysseus returning to Penelope.

If Scott isn’t nominated for Best Director, the Academy should give him a special Oscar for performing such a herculean feat under the gun, and at age 79 yet. (He turns 80 on 11.30.17.)

I was told the other night by a producer acquaintance that the Christoper Plummer re-shoot and re-edit will cost $8 million and change.

I was also told that in preparing the final edit Scott was forced to cut two scenes that featured costar Mark Wahlberg. Wahlberg was unhappy that these scenes were edited out, I’m told, so when he was approached about re-shooting his scenes with Plummer’s J. Paul Getty one of his terms was that the the scenes would be re-inserted. Scott allegedly agreed. I’ve no idea if this story is true or not. It seems odd that Scott would go back on a creative decision in order to please one of his lead actors. I’m just throwing it out there because a guy associated with a reputable film told me that it happened, based on the word of a right guy. Take that with a grain.

** Scott’s hand was forced due to the 10-episode FX series Trust, which tells the same story of John Paul Getty III’s kidnapping in 1973 and the initial refusal of his grandfather (played in this instance by Donald Sutherland) to pay the ransom, set to begin airing in January ’18. Trust is being exec produced by Danny Boyle, Simon Beaufoy and Christian Colson.