“This oh-so-serious, hysteria-tinged drama, which is impossible to write about without spoilers, plays as if it might have come from Yorgos Lanthimos’ bin of discarded ideas. A prestige cast including Eva Green, Charlotte Rampling and Charles Dance will entice distributors to take a look, but the post-screening take-away is definitely not happiness or excitement, but rather something that could be described by other ‘e’ words — such as excruciating and embarrassing.

“Even if audiences find themselves able to remain in their seats until the end of Euphoria (men, especially, fled the TIFF press and industry screening in droves), the catharsis feels fake and unearned. Moreover, the film lacks the warmth and respect for all of of its characters displayed in [director Lisa] Langseth’s previous work.” — from Alissa Simon‘s Variety review of Euphoria, posted from Toronto on 9.8.17.

No, I don’t believe that “Disney is bracing themselves for the Han Solo movie to bomb,” as Screengeek’s Simon Andrews reported five days ago, citing “a source close to the film’s production.” (I don’t think producers or Disney execs would admit this to themselves, much less whisper it to confidantes.) And I don’t believe “they’re essentially writing Solo off,” that “the script is unworkable” and that “it’s going to be a car crash.” I think this is unreliable trash talk.

Possibly bogus Solo ad art that came out of Russia.

But I do believe and was saying six months ago that Alden Ehrenreich is the wrong guy to play the young Han Solo, and that the film, however it turns out, won’t get much charisma bounce from his performance. “A seemingly joyless, small-shouldered guy who lacks a sense of physical dominance (Aldenreich is five inches shorter than the 6’2” Ford) and whose stock-in-trade is a kind of glum, screwed-down seriousness,” I wrote last June.

I don’t know when the Solo trailer is going to pop, but it would have made sense to attach it to The Last Jedi, no? If it’s not debuting before the 12.31.17, it’ll almost certainly appear sometime in January.

“What Steven Spielberg is really up to in The Post is preparing us for what lies ahead, possibly in 2018. The movie implicitly asks: If the war in Vietnam called for the Pentagon Papers, what does the situation today call for?

“As of now, we’re talking about two potential catastrophes: (1) the firing of Robert Mueller, which if it occurs over the next several months, with a Republican Congress in place, would provoke a constitutional crisis in which the essential meaning of American checks and balances will be hanging in the balance; and (2) the potential for the hostility between Trump and Kim Jong-un, the ruler of North Korea, to boil over into a nuclear conflagration.

“Faced with the prospect of either of those circumstances, what are the forces of American media going to do then? Publish some leaked memos?” Wells interjection: Or release the pee-pee tape? Back to Gleiberman: Or are they going to look for, and discover, a way to report on — and influence — what’s happening that transcends what their modus operandi has been up until now? Maybe the issue of the president’s mental health needs to be placed front and center in a way that’s only just beginning to happen. Maybe liberal journalists need to think of forging a revolutionary new alliance with Republican lawmakers, or America’s military leaders, to ferret out how privately aghast many of them are at the president they’ve now slithered into bed with.

“Obviously, I’m not implying I have the answer; no one does. But the point is that extraordinary times call for extraordinary measures. And that, rather than boomer nostalgia for a golden oldie of ’70s journalism, is the real message of The Post” — from “Why The Post Backlash Misses the Movie’s Real Message,” posted by Variety‘s Owen Gleiberman earlier today.

Hollywood Elsewhere has been attending the Fox Searchlight viewing and after-party at the Golden Globe awards for…what, four or five years? It’s always been held at a special temporary Fox pavilion tent adjacent to the Beverly Hilton, but this year it’s happening on a Beverly Hilton rooftop terrace, which I’m told is “much” smaller, and so guest lists are being trimmed. Yeah, I’ve been bumped along with other “press guests” and even some Fox staffers.

The party is held in honor of Fox Searchlight (which is having a big nomination year with Three Billboards and The Shape of Water), 20th Century Fox (All The Money in the World), Fox Broadcasting, FX, Fox Int’l, Hulu and other divisions. The Amazon guys are back in the Stardust penthouse again, and Focus Features (Phantom Thread, Darkest Hour) is having a GG party in the vicinity.

I’ve studied the FS viewing-party crowds over the past few years, and I’ve never recognized anyone. A lot of 20somethings, Fox staffers plus friends from ad and talent agencies, etc.

Why would the Fox family decide to hold their party in a smaller space when they’re enjoying a banner year in terms of nominations? To save money?

All The Money in the World director Ridley Scott has been doing loads of interviews over the last 12 days or so. In itself, his herculean feat of shooting new scenes with Christopher Plummer between 11.20 and 11.29 easily warrants a Best Director nomination. Will it happen? In a fair world, it would, but in the one we live in, probably not. The five likelies are Guillermo Del Toro (The Shape of Water), Christopher Nolan (Dunkirk), Martin McDonagh (Three Billboards Outside Ebbing, Missouri), Greta Gerwig (Lady Bird) and Steven Spielberg (The Post)…right? Which is why the Academy should break tradition and give Scott a special Oscar this year. I wouldn’t be hard — they’d just have to do it. 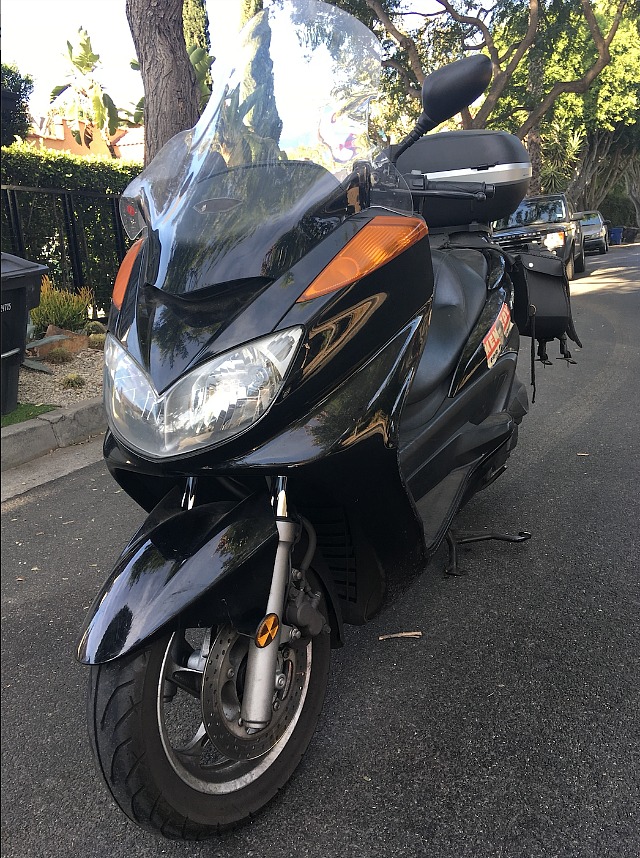