Support on Patreon Follow @wellshwood
61 Comments
Down With This

From “Dave Chappelle Stumbles Into The #MeToo Movement,” a 1.2.18 N.Y. Times review by Jason Zinoman:

“When suggesting a handsome man wouldn’t be accused of assault and rape, he says that if Brad Pitt did what Harvey Weinstein did, the response would be different. (‘Girl would have been like: I got the part.’) But Mr. Chappelle is just rehashing a Chris Rock bit on sexual harassment from the 1990s (‘If Clarence Thomas looked like Denzel Washington…’). It’s a joke that has not aged well, and this new version does not do Mr. Chappelle any favors.”

“Going to the movies has become like a theme park. Studios making bad content in order to appeal to the masses and shareholders is like fracking — you get the best return right now but you wreck the earth. It’s ruining the viewing habits of the American population and then ultimately the rest of the world.” — Jodie Foster speaking two or three days ago to Radio Times magazine, as reported by the Daily Mail‘s Ross McDonagh.

Foster isn’t wrong, of course, but I’ve been using the term “theme-park cinema” since at least the late ’90s and possibly a bit earlier. I actually stopped using it a few years ago. I moved on to other disparaging terms.

Here’s to Gun Crazy star Peggy Cummins, who passed in London on 12.29 at age 92. Odd as this may sound, I never even saw Joseph H. Lewis and Dalton Trumbo‘s groundbreaking film until three years ago. Here’s a confessional that I wrote in this space:

“I was flipping through films on my new Roku player and came upon a high-def version on Warner Classics. I’d been told for decades that Gun Crazy was an essential noir that everyone loves, but I wasn’t expecting to be blown away.

“I was half-asleep when I started watching at 11:30 pm but I woke right up. It’s genius-level — a major groundbreaker, pulp art. Those long takes shot from the rear of John Dall and Peggy Cummins‘ moving car (particularly that legendary three-minute-long bank robbery sequence), the urgent sense of immediacy, that semi-improvised-sounding dialogue, those urgent close-ups, conflicted emotions, the sexuality, the fog-shrouded ending in the swamp…all of it.

“I hereby apologize to Lewis, Trumbo, Dall, Cummins and the whole team for missing this classic for so long.

In years past The Hollywood Reporter‘s Scott Feinberg and others have run articles that quote opinions from this or that anonymous Academy member about Oscar contenders. But they never run them until the nominations have been announced in late January. Hollywood Elsewhere feels it’s more worthwhile to run these opinions now, while the nomination ballots are still being mulled over.

This morning I spoke to a director-writer with several reputable credits. I’ve re-ordered the sequence of some quotes, pruned and condensed some of them, and in some cases run them verbatim.

Best Picture: “Definitely Dunkirk. I think Dunkirk was an exceptional job of directing. I thought it was an amazing picture, a David Lean-level thing, a throwback to another time. Big Picture filming. For years younger generations have been saying ‘yeah, we’re used to watching these things on iPads’ but Nolan is saying ‘no, no, you’re missing the point…these are movies for the big screen…you’re missing the point.’ And those people who’ve been saying that [Dunkirk] wasn’t emotional enough? If you didn’t feel the emotion during that last swooping shot of Tom Hardy‘s plane out of gas and gliding over the beach…if you didn’t feel the emotion in that shot…c’mon. 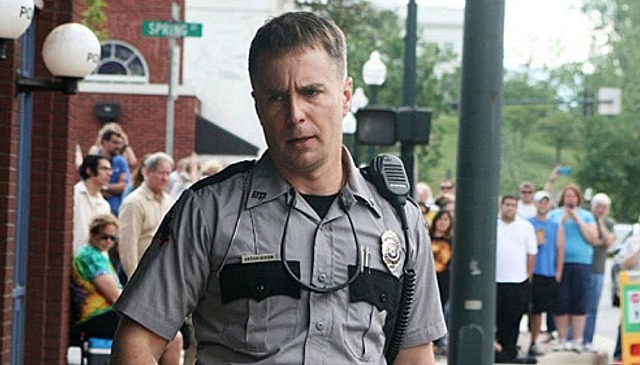 “I totally agree with you about Get Out. It’s a good movie, but it’s not a fucking great movie, c’mon! I wouldn’t be mad if it won a Best Screenplay Oscar, but it’s not a Best Picture! I have a daughter in the business [and] she loves it, thinks it’s a Best Picture [contender]. But if Get Out or The Post, which I don’t think is a very brave film…if these two win the big awards [the Academy] is going to be hurting itself because it’ll be all about politics. They’re going to devalue the Oscars [by turning awards-giving into] temporary, transitional political statements. They’re going to hurt themselves if the award choices are too political. They want to address #OscarsoWhite….okay, we get it, we get it.

“Dunkirk, Lady Bird, Shape of Water, The Big Sick. Or Phantom Thread or Call Me By Your Name. These are real movies. They are about themselves, planting their own flag. The political thing might be a factor with Call Me By Your Name. Some are reacting to #OscarsSoStraight…it’s an agenda film. I think a lot of people would vote for it, for that reason.”

Best Director: “Again, Nolan. I have a lot of respect for [Get Out]’s Jordan Peele…he’s just not my idea of a Best Director nominee.. I also thought that Guillermo del Toro‘s work on The Shape of Water…it was like watching an old cobbler work…he purposely kept the creature work to a minimum….it made me feel like I was watching the story of the projectionist in Cinema Paradiso or, you know, the filmmaking in Amelie….it was like when I was a kid, falling in love with filmmaking.”

Best Actor: “I loved Gary Oldman in Darkest Hour. Oldman without a doubt. I thought he was just great, just great. Despite that London tube sequence when Churchill talks with the passengers, which I thought was one of the worst things…it totally ruined the movie for me. I couldn’t believe how badly that was done. Some say Oldman is ‘playing’ Churchill rather than channelling him. Well, how do you portray Churchill and not do that? I also really like the kid from Call My By Your Name. He reminds me of Saoirse Ronan in terms of ability and vulnerability.”

The flagrantly political instinct to over-praise and over-celebrate Get Out — one of the most confounding and surreal episodes of mass derangement in any award season in memory — has caught fire among regional critics groups. Slightly less than a third of 33 regional critics groups have handed Jordan Peele‘s horror-satire their Best Picture prize.

The lemmings are leaping off the cliff, you bet, and for reasons that don’t really make sense to people who haven’t been affected by the “woke” virus, first and foremost being that Get Out is a popular, audience-rousing genre film that doesn’t begin to show exceptional chops or deliver “greatness” by any time-honored standard.

We’re talking about some kind of mind virus, propelled online and delivered through smartphones — a mass decision by younger Academy voters and the identity-politics crowd to radically up-end Best Picture criteria by supporting a film that no sane critic or prognosticator would have gotten behind ten or even five years ago.

“If you’re looking for more reasons to deplore the Get Out pack, the film was just named Best Picture, and Jordan Peele best director and screenwriter, by the North Carolina Film Critics Association, of which I am a member,” a friend just wrote me.

“I am with you on the whole Get Out issue. A good film but not even close to being a great one, advanced by p.c. critics. As my grandmom would say, ‘Feh!'”

For sensible-minded regional critics, this reality-defying, Wayne Fontana and Mindbenders movement is partly about regional wokers wanting to demonstrate solidarity with big-city brethren (“We get it, guys…we’re with you in spirit”).

The Get Out-ers are massing under a political conviction that never enjoyed overwhelming currency during the Obama or Dubya administrations, but which, in today’s highly charged political climate (and especially within ardent liberal circles), is absolutely paramount in their eyes: Best Picture awards should no longer go to the best or boldest or most affecting artistic achievement but to films that (a) are most deserving of Hollywood’s political-social merit badge award, and (b) reflect favorably on the critics’ own progressive convictions.

As I wrote a couple of days ago, the “Get Out deserves to win Best Picture” thing is mainly about (a) extending the #OscarsSoWhite guilt complex by supporting a politically “woke” film, (b) industry POCs doing their usual identity-politics bonding and (c) GenX and Millenial coolios wanting to crown a horror-satire genre film for generational-solidarity reasons (“We’re the new crowd and we have different standards for Best Picture achievement!”) as well as sheer perversity’s sake, largely because Get Out doesn’t begin to exude Best Picture criteria.