I’ve always noticed that the MGM Bluray is very slightly horizontally compressed or squeezed from the sides — faces are just a tad narrower than they should be. One comparison looks at a shot of an office lobby with a kind of global sphere on a pedestal. Obviously spheres are supposed be perfectly round, but the sphere in the MGM Bluray is clearly oblong. 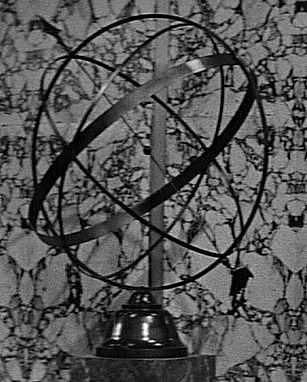 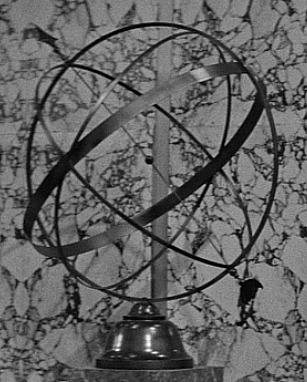 An essay called “Season of Assumption” was posted earlier today (1.6) by MCN’s David Poland. He begins by saying that “there has never been less plain talk in an Oscar season,” and then he dribbles the basketball for 19 or 20 paragraphs until he finally scores at the end.

“With ‘white movies,’ 10 or so crash and that leaves 30 in play,” Poland says. “In ‘POC movies’ you lose one and you’re down to three. Detroit gets waylaid and you’re down to two. Mudbound gets Netflix-sidebarred and then there’s only Get Out. And suddenly, the entire issue of race at the Academy comes down to a horror-comedy-thriller from a first-time director.

“That’s crazy. No matter how much you love Get Out or see the social discussion as the focus of the film…whether it gets nominated or not…crazy. It’s also crazy to argue that if Get Out isn’t included in the Best Picture nominees that racism is primarily responsible.”

Greta Gerwig’s Lady Bird has won the National Society of Film Critics’ award for Best Film of 2017. The A24 release is now that much closer to winning the Best Picture Oscar. The older fence-sitters who’ve been saying to themselves “but it’s just a teenage coming-of-age story!” will now be thinking twice.

Get Out and Phantom Thread were the first and second runners-up with Jordan Peele‘s film having lost by only two votes, according to Variety‘s Kris Tapley. Given that a healthy percentage of the NSFC members are Get Out wokers, coolios and p.c. disciples, I’m hugely relieved that this divine mathematical intervention has occured.

The wokers did, however, manage a majority vote when it came to the NSFC’s Best Actor award. Will L.A. Daily News critic Bob Strauss argue with a straight face that Get Out‘s Daniel Kaluuya truly deserves this honor? Maybe he will, but if so his fingers, trust me, will be crossed. I’ve been sensing from Kaluuya’s modest remarks over the last couple of weeks that he, too, feels it’s a bit much.

Kaluuya delivered three behaviors in Get Out — cool and collected, slightly scared and super-scared with his mouth open and tears running down his cheeks. Okay, okay…maybe I’m wrong. Maybe DK’s performance was more quake-shaking than what Timothee Chalamet, Gary Oldman, Daniel Day Lewis, Tom Hanks and James Franco delivered. If I’m mistaken please forgive me. It takes me longer to come to these things.

Donald Trump has repeatedly demonstrated that his vocabulary is roughly that of a 15 year-old who gets poor grades. That plus his compulsive boasting bullshit is the primary reason why his patter often sounds so pathetic.

“Actually, throughout my life, my two greatest assets have been mental stability and being, like, really smart,” he tweeted early this morning. He claimed to be a “VERY successful businessman” and TV star who’d won the White House on his first attempt. “I think that would qualify as not smart, but genius…and a very stable genius at that!”

If Trump had said “unusually intuitive” instead of “like, really smart”, he wouldn’t have been half-wrong. However destructive or demonic they may be, Trump’s intuitive perceptions about political trends and tweet-currents have connected with and inflamed his dumbshit base (i.e., the lower 30%). He does seem to have an intuitive understanding of how to manipulate topics and blood-level prejudices in this particular arena.

Alas, the words “intuition” and “intuitive” didn’t occur when he tweeted the above, and now he’s once again reminded tens of millions what a true-blue moron sounds like.

My first reaction to the trailer for Steven Soderbergh‘s Mosaic (HBO, 1.22), the narrative version of that interactive thing, was “who’s the fat guy?” Conviction, intense vibes. Devin Ratray played Bruce Dern‘s loathsome nephew “Cole” in Alexander Payne‘s Nebraska, but he’s mainly known for having injected poison serum into the American bloodstream with his portrayal of Buzz McAllister, the chubby demon with the flattop and warlock eyes from the Home Alone movies. His Mosaic character, Nate Henry, is described on the HBO Mosaic site as “chief detective of a small police force…who now has to face the toughest case — and choice — of his career.”

Three hours ago The Hollywood Reporter‘s Seth Abramovitchposted a q & a with “Fire and Fury” author Michael Wolff. The topic, naturally, is Wolff’s response to the oolah-boolah of the last 72 hours. Unlike Trump, Wolff sounds as if he’s dealing with the hailstorm in a reasonably adult fashion.

The excerpt that caught everyone’s attention concerned the all-but-inevitable movie or miniseries adaptation. Abramovitch: “What’s the situation with the movie and TV rights to the book?” Wolff: “Let me not answer that at the moment. I can say at this point no deal, but lots of things happening.”

I will fall over backwards in my chair if the Fire and Fury movie doesn’t turn out to be a Jay Roach-Danny Strong collaboration for HBO….please! And the sooner the better.

The just-right quality of Roach and Strong’s Game Change (HBO 2012), an expert, carefully measured saga of the Sarah Palin campaign meltdown of ’08 with note-perfect performances from Julianne Moore and Woody Harrelson (as John McCain‘s campaign manager Steve Schmidt), not to mention Recount (HBO, 2008), Roach and Strong’s brilliant distilling of the 2000 Florida recount calamity, make this a mandatory scenario.

Getting the right actor to play Trump will obviously be crucial. The performance will have to be delivered with an absolute aversion to broad caricature. He’ll have to look and sound right, but the acting will have to be on the level of Anthony Hopkins‘ wounded-wildebeest portrayal in Oliver Stone‘s Nixon or Jason Robards‘ performance as Ben Bradlee in All The President’s Men. A flailing orangutan in a constant crisis mode, of course, but with an undertow of little-boy panic and matter-of-fact sadness. An American tragedy inflated into an epic-scaled calamity.