I’ve just come from a screening of Marina Zenovich‘s Robin Williams: Come Inside My Mind. I was presuming it would be a sad, moving experience going in, and Zenovich hasn’t disappointed. Her film is simple, touching, direct — not a softball portrait that avoids the pitfalls and dark places, but a very comprehensive story of a fascinating whirling dervish and comic firecracker for whom the bell tolled.

Who didn’t love the guy (at least during his 20-year peak period), and who didn’t feel the thud in the chest when his suicide was announced on 8.11.14?

I have to hit Gus Van Sant‘s Don’t Worry, He Won’t Get Far On Foot (which a critic friend has told me is “a very good, very well acted 12-step movie”) but with Williams on my mind I thought I’d re-post a couple of riffs from the HE archives. 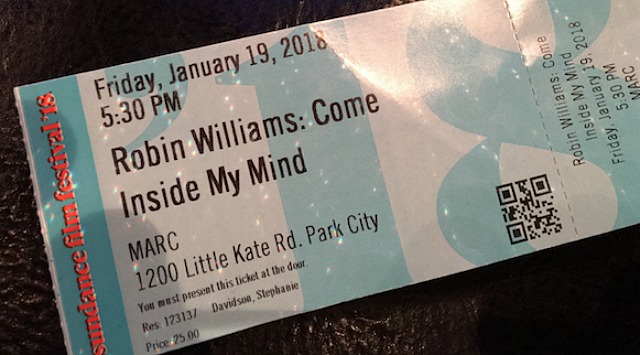 The poor guy had been wrestling with severe depression, probably in part because his heyday was clearly over and he was on a kind of career downswing. I hate to say this but he was. [Update: Also Lewy body dementia.] Life can feel so awful and cruel at times when the heat leaves the room and the candle starts to flicker. The weight can feel crushing and oppressive. And for a guy who seemed to burn a lot more brightly than most of us, certainly in the late ’70s, ’80s and ’90s. A genius improviser, gifted madman and comic superstar for at least…what, 30 years or so?

Williams hadn’t been landing the greatest films or roles over the past decade or so but from the peak of Mork and Mindy fame until One-Hour Photo…what a run! But this…this hurts. It reminds us that we’re all hanging by a thread in a sense, some thinner or stronger or more resolute than others.

In the ambitious but mediocre Blindspotting, the sympathetic, Oakland-residing Colin (Daveed Diggs) is trying to stay out of trouble over the final three days of his parole status. Unfortunately, his longtime best friend is a violent, hair-trigger, gun-wielding asshole named Miles (Rafael Casal) so right away you’re wondering “is Colin as stupid as he seems, or is he just temporarily stupid?”

Colin Firth has told the Guardian that he “wouldn’t” work with Woody Allen again, blah blah. So Moses Farrow is lying…right, Colin? The bottom line is that Firth, like Timothy Chalamet and other character-challenged thesps, is simply too scared to say anything else. In a 1.19.18 Guardian piece, Los Angeles p.r. crisis expert Danny Deraney says that working with Allen now would be “extremely toxic, and why would you want to surround yourself and your career with potential damaging consequences? I don’t think your performance will be taken seriously. Everyone will be [asking] why did you do it?” We’re living through bad times, scoundrel times. 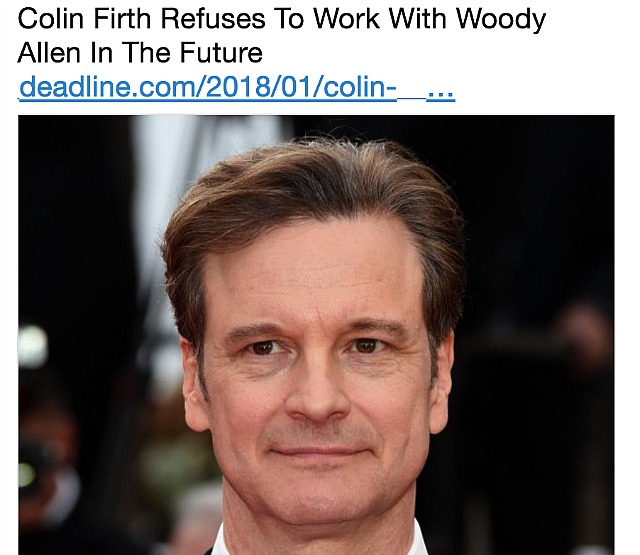 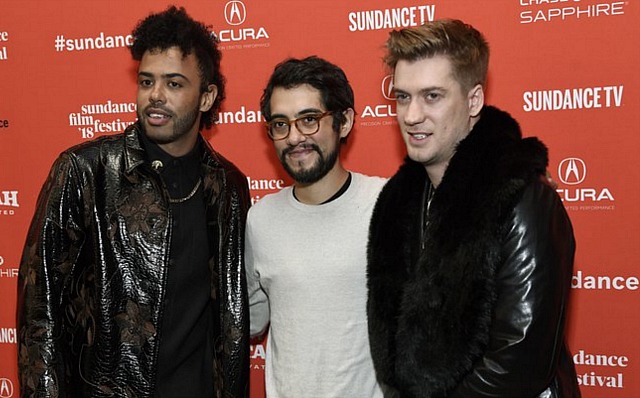 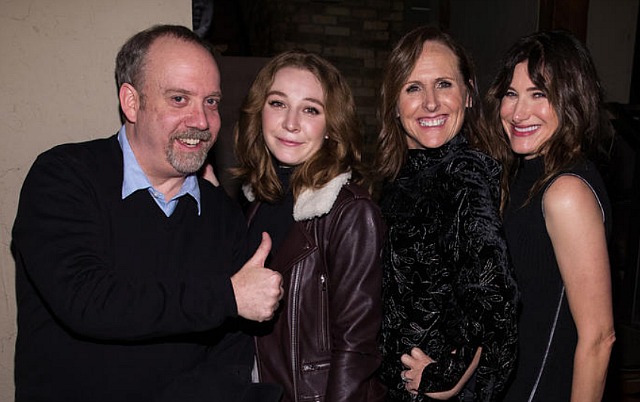 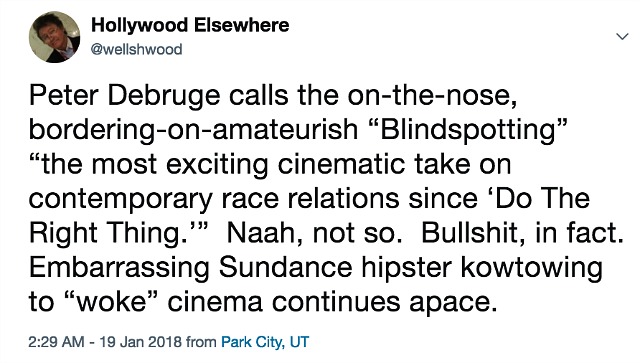 Right now (and I’m using that term loosely) the plan is to catch two Sundance ’18 films plus do an interview. I’m blowing off a screening of Reinaldo Marcus Green‘s Monsters and Men at 12:15 pm, but am definitely chatting with Don’t Worry, He Won’t Get Far On Foot costar Jonah Hill at the Waldorf Astoria Canyons. Then comes Marina Zenovich‘s Robin Williams: Come Inside My Mind at the MARC (5:30 pm), and then I won’t be seeing Jessie Peretz‘s Juliet Naked (6:45 pm) — publicists can’t help with a ticket (!). Finally there’s a 9:45 pm screening of Gus Van Sant‘s Don’t Worry, He Won’t Get Far On Foot. And if I really want to burn both ends, there’s a Don’t Worry midnight after-party at the Grey Goose. 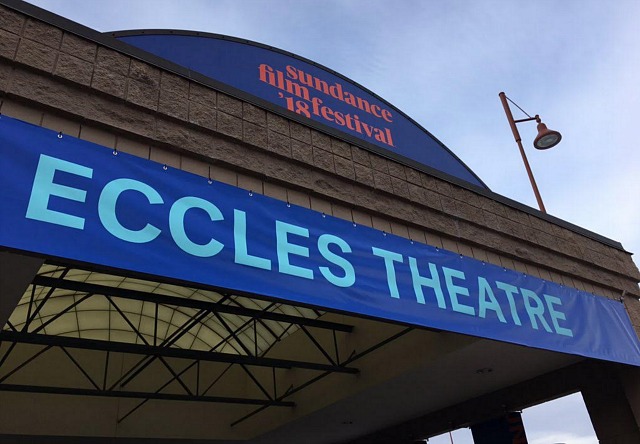 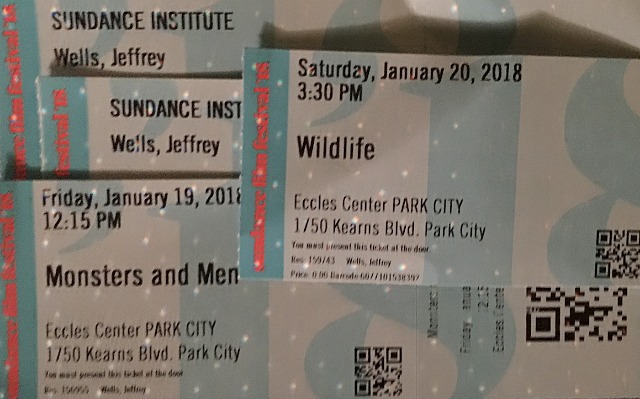 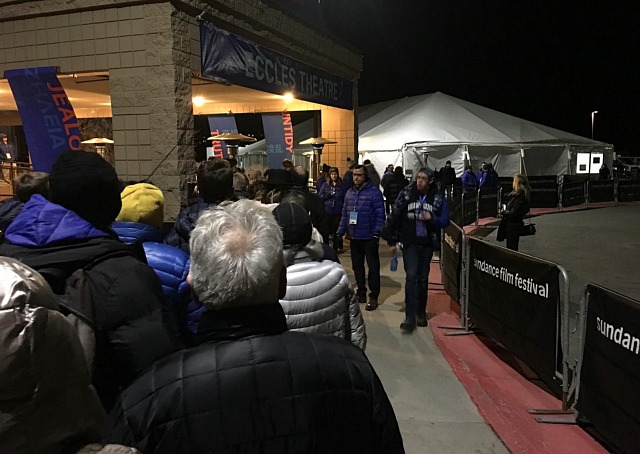 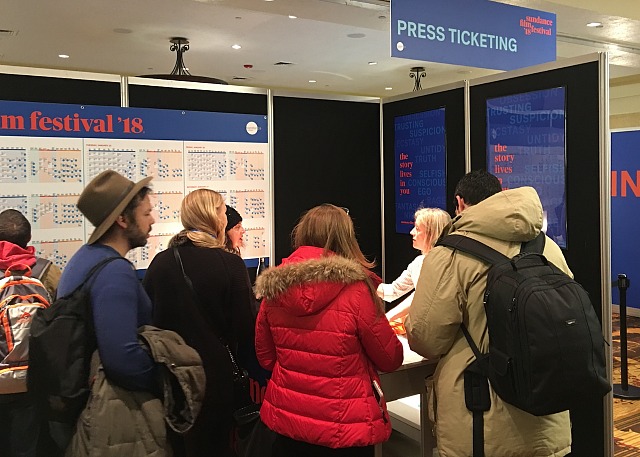 As noted, the first-ever screening of a full-boat version of Orson Welles‘ The Other Side of the Wind happened last Tuesday night (1.16) at Santa Monica’s Ocean Ave. screening room. The reconstituted, inside-the-industry, early ’70s montage-hodgepodge will presumably be refined a bit more before debuting at the 2018 Cannes Film Festival.

HE to friend who attended Tuesday’s screening: “Is it…what, a fascinating but surreal early ’70s timepiece? Is it a slipshod, free-associative whatsit without a narrative spine, or does it sorta kinda have something going on? Orson was a near-genius at times, and he obviously did his very best and worked his fingers to the bone, but be honest — is it some kind of visual dazzler, an interesting piece-of-shit or a major discovery or what? Can you give me a thought or two or a hint or two about how it plays, how it feels?” 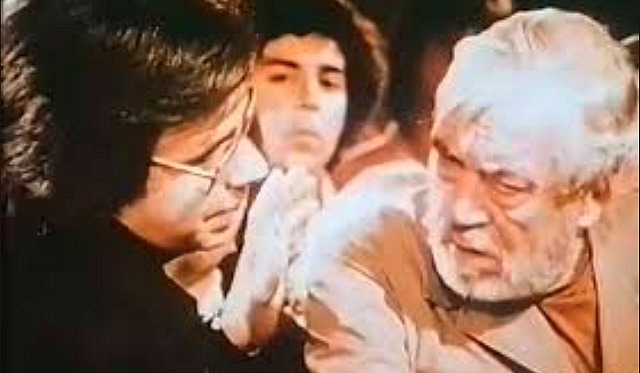 HE to friend: “Naah, never saw it. So the whole movie feels like an expanded version of 42 minutes of cut footage? It doesn’t have shape, narrative tension, thematic clarity, a second-act pivot, a strong ending…NONE of that stuff? Just a grab-bag of cut footage, only longer? That doesn’t say much for the editors, does it? All this work, all these years and all this trouble and expense, and it’s a sprawling cut-footage wank-off? C’mon, there has to be more to it than this. Orson Welles is listening from above.”