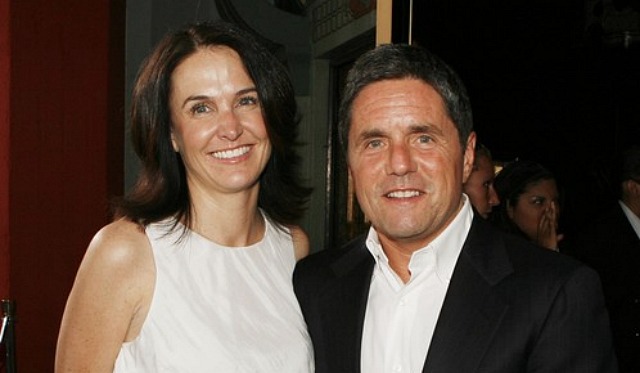 “[But] no one around her, as Ms. Woodward recalls, supported that instinct. ‘It was an emotionally shocking way to see a woman being treated,’ Ms. Woodward said. ‘That’s what stuck with me.'”

Sam Rockwell, the likely winner of a Best Supporting Actor Oscar next month, was given the royal tribute treatment last night at the Santa Barbara Film Festival.

Critics-award-wise, Rockwell’s performance in Three Billboards Outside Ebbing, Missouri was lagging behind Willem Dafoe‘s in The Florida Project all through December, but then Rockwell suddenly surged at the Golden Globes and has the been the heir apparent golden boy ever since. This aspect wasn’t mentioned, of course, by Vanity Fair contributor and moderator Krista Smith.

The only beef I had with the presentation is that no mention was made of Rockwell’s performance in Lynn Shelton‘s Laggies, one of those confident, charismatic, rock-steady performances that doesn’t miss a trick. 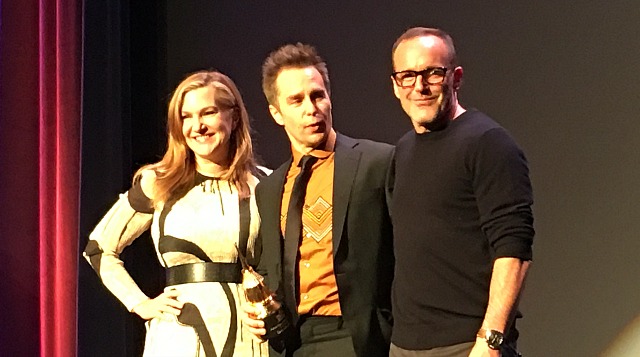 From “Rockwell’s Moment,” posted on 10.26.17: “I’ve been a Sam Rockwell fan for ages. He’s primarily known for playing loopy eccentrics or crazy fucks. He plays a somewhat more interesting character in Three Billboards outside of Ebbing, Missouri — Jason Dixon, a small-town, none-too-bright deputy who screws his life up with violence and stupidity, and then actually self-reflects and grows out of a place of despair and self-loathing. And you admire him for that. This is why, I suspect, Rockwell is looking at a likely Oscar nomination.

But his two most likable performances, for me, were variations of droll — Owen, a droll father figure type, in Nat Faxon and Jim Rash‘s The Way, Way Back (’13), and Craig, a droll single dad and a possible romantic attachment for Keira Knightley, in Lynn Shelton‘s Laggies (’14). And he was even more winning as the perversely droll Mervyn in Martin McDonagh‘s A Behanding in Spokane, a B’way play that happened in 2010.

Paul Schrader recently opined about a view of Jessica Chastain’s that was posted on Indiewire three or four days ago. I half agree with Schrader and Chastain both. I abhor watching cruelty or brutality, especially the sadistic kind, but I recognize that you can’t outlaw horrible behavior in movies as it unfortunately exists all over. 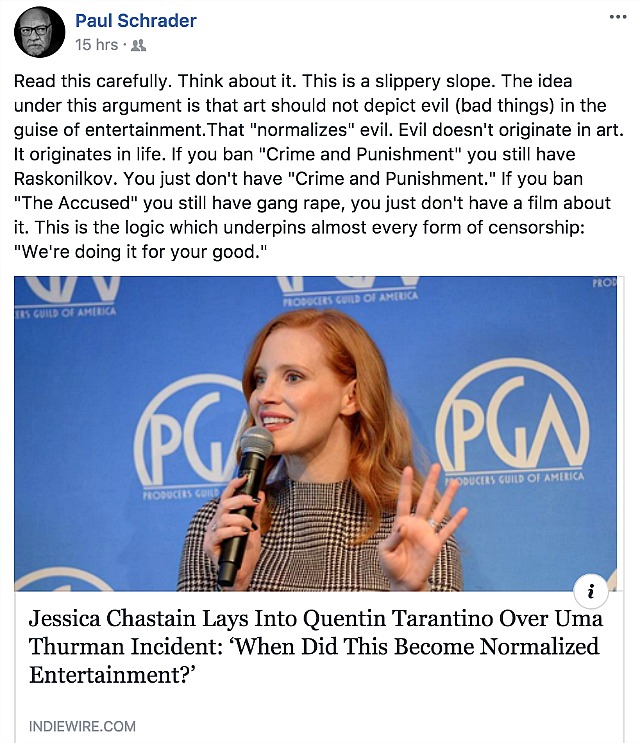 42 Comments
“You Gotta Be Hard, Eddie”

Yesterday on Facebook director Rod Lurie posted the following: “Some time ago a director friend of mine, a true giant in my industry, died. Before he passed away, he made a deathbed request of me. He made me promise not to work with a specific actor, so filled of rage was he at the hell this particular thespian put him through. In that moment, which was very sad and heartfelt, I agreed.

“That actor has now been brought to me as a perfect choice for one of my films, and he may well be. [But] I think I have to keep my promise, right?”

George C. Scott as the cynical Bert, Paul Newman as the gifted Eddie Felson in Robert Rossen’s The Hustler.

I replied as follows: “Absolutely not — do what’s best for your film at all times, to your last dying breath. If the director you made your promise to was still with us, I would say ‘of course, keep your word.’ But he’s with the angels now, and you’re here and trying to make the best film possible. That’s all that matters. You kept your word to the departed director before he died, right? You did the right thing then. Now move on and make the best film that you can, and if you feel that casting the Devil himself will help you achieve that goal, then do that.”

I was also thinking that the dying director had a strange attitude about this allegedly awful actor and especially about “water under the bridge” in general. Who on his deathbed is thinking about trying to arrange that some actor, who must have had some value and some understanding of what it takes to socially survive in this industry, never works with a friend or vice versa? What kind of dying person cares about stuff like this?

Paul Schrader joined the thread and said something along the lines of “fools make promises but artists make art,” and that’s all that Lurie should care about — the movie, not the promise.

Some guy said that Lurie has to keep his word or he’ll have a hard time looking in the bathroom mirror for the rest of his life. To which I replied, “What are you, the local priest? To be a good director you must either be a natural sonuvabitch or learn to be one. That’s what John Ford allegedly said at one time to Nunnally Johnson.”

Last night I dreamt about discovering a mindblowingly great film about a Syrian or Iranian immigrant family trying to survive in Manhattan or Brooklyn or somewhere back east. It was basic and elemental but world-class. It lasted two and a half hours, but it got better and better as it went on. It was like an Asghar Farhadi film, a simple tale that becomes more and more complex as more and more details are revealed. I was imagining it in amazingly specific terms during the dream but they fell away the instant I woke up.

I knew along with the 30 or 40 other critics who had seen it for the first time (the film strangely hadn’t premiered at Telluride or Toronto and was just emerging at the end of award season, sometime in November or December) that this wasn’t just a major discovery but an all-time masterpiece, and I was feeling that heartbeat, those feelings of profound oh-my-God excitement that I didn’t feel during ’17. The rushes I was feeling after seeing Dunkirk, Lady Bird and especially Call Me By Your Name were strong, but not as intense as what I was feeling last night.

I was so excited about this film that I was telling myself within the dream that I needed to wake up and write down the details before forgetting them — it was that good.

In a 2.7 Hollywood Reporter interview with Ben Svetkey, Willem Dafoe mentioned the peace of mind he gets from hand-washing his undies or visiting nearby laundromats when he’s staying in “strange” cities. “I did that in France recently,” he says. “I was shooting a movie there, and it was a beautiful experience. For some reason, people are really nice to me in laundromats and I have these great encounters. Talk about fun and sexy.”

Mon experience exactement. Well, not sexy but fun in a mild, calming sort of way.

15 years ago I was staying in a place on rue Durantin in Montmartre. Early one evening I lugged my pillowcase of dirties over to the Laverie Automatique (2 rue Burq, just north of rue d’Abesses) and tried to figure out the centrally computerized system they have there. One wall-mounted device accepts tokens for all the washing machines and dryers. A young Australian woman noticed my distress and showed me the ropes. We would up chatting for a while.

Why am I remembering that otherwise uneventful evening with such clarity? Because it was pleasurable and almost joyous on a certain level. Oh, and unlike Dafoe, I love folding after removing the socks and T-shirts from the dryer.