29 Comments
Eye of the Beholder

Abby Kohn and Marc Silverstein‘s I Feel Pretty (STX, 6.29) is basically about the power of a positive self-image. It’s about a plump, bordering-on-fat woman (Amy Schumer) who discovers a wildly positive view of herself after being hit on the head during a workout session. She suddenly sees a total knockout in the mirror. If she thinks she’s beautiful then she is, etc.

The premise is similar to that of John Cromwell‘s The Enchanted Cottage (’45). It was about a disfigured Air Force pilot (Robert Young) falling in love with a shy, homely maid (Dorothy Maguire), and how their feelings for each other transform them into handsome/beautiful, at least in their own eyes. The audience saw them as highly attractive also but the supporting characters in the film didn’t.

There probably isn’t any delicate, tippy-toed, politically correct way to say that the Schumer who stars in I Feel Pretty looks different than the one who starred in Trainwreck three years ago.

Note: Around 9:25 pm I somehow deleted this post on my WordPress iPhone app. I had to re-post all over again, but somehow the original comments were saved. I don’t know what happened. 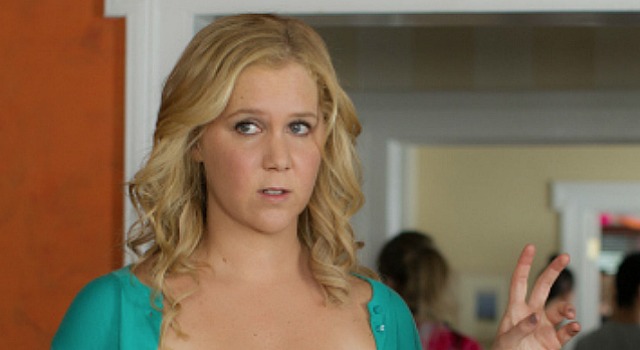 Schumer in Trainwreck, which opened three years ago at South by Southwest. 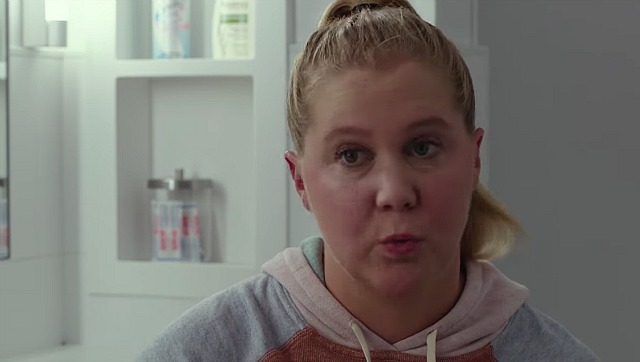 Schumer in I Feel Pretty.
(More…)
February 9, 2018 10:08 pmby Jeffrey Wells
34 Comments
Nothing Remotely Clever About This

The only time I’ve ever seen those idiotic, irritating VHS scratches or static lines or whatever the fuck they are was on old, worn-down, VHS tapes that had recorded upon over and over. They never appeared on a store-bought or store-rented VHS tape.

John Gavin, who had only one truly decent role as an actor and, when you get right down to it, only one really good line in his entire career, has left this mortal coil. He was 86. Until today I never knew (or cared to know) that the tall, handsome, dark-complexioned Gavin was born Juan Vincent Apablasa, and that he was of Mexican and Chilean descent, and was fluent in Spanish at an early age.

His one great line happened when Marion’s sister Lila (Vera Miles) visited Sam’s store in search of Lila. When Sam realized the conversation was becoming too personal and agitated, he told store clerk Bob (Frank Killmond) to “run out and get some lunch.” When Bob said, “Oh, that’s okay, Sam, I brought it with me,” Loomis said, “Run out and eat it.”

The Rock Hudson-esque Gavin was also pretty good in Douglas Sirk‘s Imitation of Life (’59) and as the young Julius Caesar in Kirk Douglas and Stanley Kubrick‘s Spartacus, although he always brought a certain chiselled stiffness to whatever he played.

Gavin almost stepped in as the new post-George Lazenby 007 in Diamonds Are Forever (’71), but that went south when Sean Connery was lured back with a grand payday.

5:45 pm update: Rose McGowan has apparently cancelled her previously scheduled appearance on Real Time with Bill Maher, presumably due to the recent suicide of her former manager, Jill Messick.

Earlier: Two days after the tragic suicide of her ex-manager Jill Messick, Rose McGowan is due to appear on tonight’s Real Time with Bill Maher. If you were Maher, would you ask McGowan about that claim from Messick’s family that Messick was “victimized” and partly nudged towards self-destruction by certain charges alleged by McGowan? Or would you go easy in the name of sensitivity? 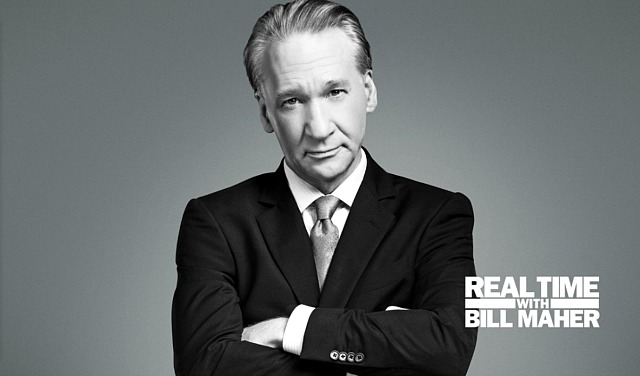 Producer friend: “Even though Rose is a victim whom I support, I think she went too far in bringing Jill into this. If I was Jill’s family, I would feel that Rose has some residual responsibility for Jill’s passing. It’s all too sad. I just hope Rose handles the Maher thing well and not in her usual manic way.” Me: “‘Residual responsibility’? If you accept that statement from Jill’s family, Rose’s comments about Messick to the N.Y. Times last October and in her Brave book prodded Jill toward suicide.”

Hollywood Elsewhere regrets having to leave Santa Barbara yesterday afternoon, and thereby missing last night’s SBIFF tribute to I, Tonya‘s Margot Robbie and Allison Janney, both of whom are Oscar-nominated in their respective acting categories. To judge by the clips Hollywood Reporter awards columnist Scott Feinberg did another swell job of interviewing. Robbie hasn’t a chance of winning Best Actress, as we all know — Three Billboards‘ Frances McDormand will almost certainly take it, although there’s a very slight chance of Lady Bird‘s Saoirse Ronan pulling off a surprise win. Janney, on the other hand, is almost guaranteed to beat Lady Bird‘s Laurie Metcalf (my personal pick) for the Best Supporting Actress Oscar.

I don’t know for a fact that Rod Lurie’s deathbed director (i.e., a major brand-name helmer who begged Lurie to never work with a certain actor, according to Lurie’s account) was the late John Frankenheimer, and that the actor Lurie promised to never hire was Val Kilmer. But these are pretty good guesses.

Lurie described the late unnamed helmer as a “mentor” on Facebook yesterday, which is the same term he used in describing Frankenheimer in a 10.4.16 interview to promote Killing Reagan. (Quote: “My mentor was John Frankenheimer.”) When I asked Lurie about this, he said “no comment.”

Frankenheimer is on the record for having loathed and despised Kilmer after working with him on the horribly troubled Island of Dr. Moreau shoot in the mid ’90s. Frankenheimer has been widely quoted as saying “even if I was directing a film called The Life of Val Kilmer, I wouldn’t have that prick in it.”

Frankenheimer was also quoted as saying “I don’t like Val Kilmer, I don’t like his work ethic, and I don’t want to be associated with him ever again.” 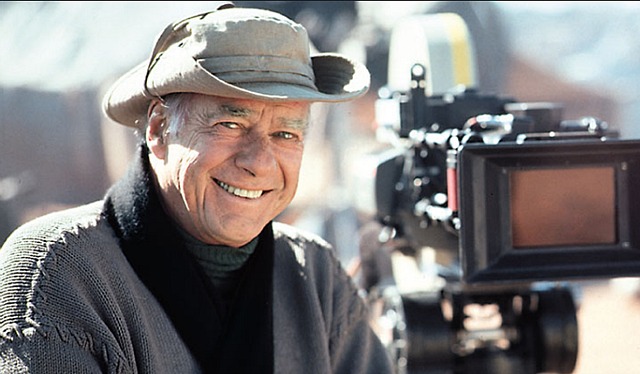 Frankenheimer, whom I knew slightly, died on 7.6.02. By that point Lurie, who apparently became chummy with Frankenheimer after writing something fair and respectful during a rough patch in Frankenheimer’s career (possibly during or after the Dr. Moreau debacle), was well situated as a feature director, having made Deterrence (’99), The Contender (’00) and The Last Castle (’01).

So let’s imagine Lurie sitting by Frankenheimer’s bedside sometime in early or mid ’02, except Lurie isn’t Lurie — he’s me. Speaking with my attitude, my philosophy, my sense of things.

Including the fact that I harbor no ill feelings about Kilmer. I helped report that “Psycho Kilmer” Entertainment Weekly article that ran in mid ’96, but I had a nice chat with him at a party he threw at his home back in ’04 or thereabouts. (He had just finished working on Oliver Stone‘s Alexander.) I ran into Kilmer again in the fall of ’11 while having lunch with Descendants costar Judy Greer. We waved and smiled as Kilmer sat at a nearby table. When I tried to pay the bill the waitress told me the check had been taken care of by “that man sitting over there,” except Kilmer had left by that point.

As we all know, the hairs on the sides and lower rear of your head never fall out. When hair surgeons do the micro-replacement procedure to follically enhance the above-the-forehead area, they use hairs from the back of your head for this very reason. But they do it selectively, or not so you’d notice. It therefore makes no sense that the rear of President Trump‘s windswept head would look like the ass of a pig. Puzzling. I can only surmise that Trump’s hair surgeons removed every last hair from the back of his head for top-of-the-head implants. As one with a certain Czech Republic perspective on such matters, I am totally fine when the wind kicks up.