Indiewire‘s Anne Thompson has questioned an Academy-member friend (i.e., an older liberal-minded white woman) about her Oscar preferences. She’s not that bright or hip, this woman, but she likes what she likes. For those who weren’t paying attention six or seven weeks ago, here are two Hollywood Elsewhere interviews — #1 and #2 — along similar lines.

Quote #1: “I don’t really understand the preferential ballot. But I prefer it when there are fewer choices. If there are too many choices, it waters everything down. Plus there are rarely more than five movies I really like in a year (not including foreign films).” 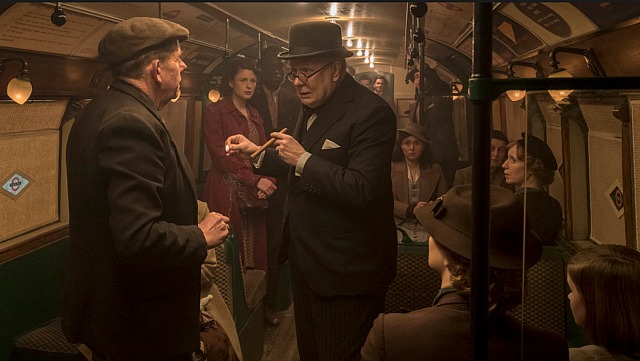 Wells reaction: This woman sounds quite lazy. Too many Best Picture nominees dilutes the field? Every year I compile a list of 15 or 20 films that I’ve categorized as excellent, very good or at least commendable, and she rarely likes more than five? This is a woman who feels overwhelmed by life, and who likes to nap in the late afternoons.”

Quote #2: “I had an odd experience with Darkest Hour. I enjoyed it while I was watching it, but afterwards, when I found out the subway sequence was totally invented, it diminished the whole movie for me.”

Wells reaction: What difference does it make if a scene has been invented or not? If it works, it works. I am among those who feel that the subway scene, imagined as it is, is hands down the most rousing and emotionally affecting scene in Darkest Hour. Without question. This woman doesn’t have to agree with me, of course, but to say it didn’t work for her after she discovered it was made up? What an idiot.”

From 2.12.19 post by cnn.com’s Brian Lowry, “Three Billboards Backlash Flows From Debate Over Its Message”:

“Three Billboards is one of a handful of films perceived as having a legitimate shot at being named best picture — an unusually wide-open field, given that the focus by now has usually concentrated around two or three. Part of that likely has to do with (a) the absence of many truly great movies this year, and (b) the fact that key contenders — like The Shape of Water (the pick by the directors and producers guilds) and Get Out (the WGA’s original screenplay winner) — come from genres that seldom receive top awards recognition.” 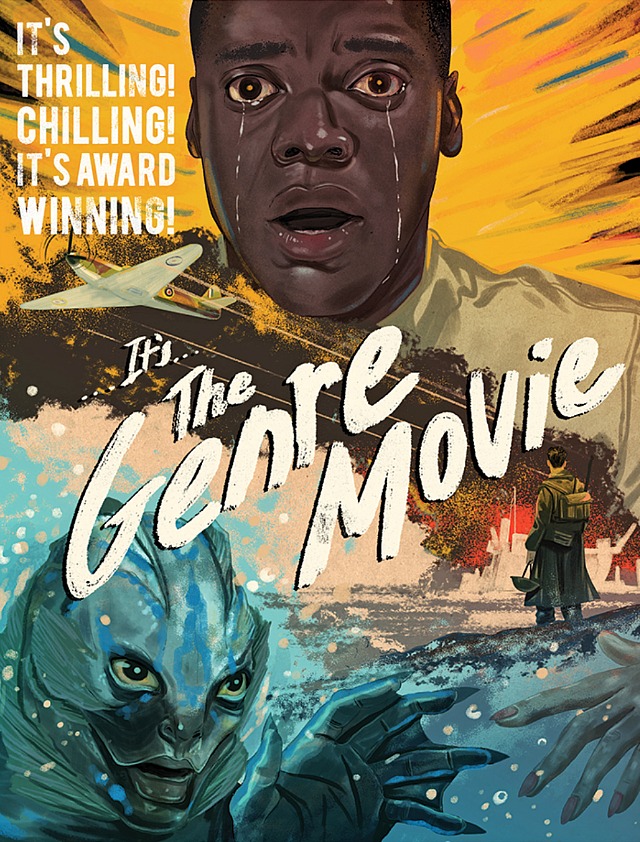 Did he just say “seldom”?

What Lowry meant is that fantasy flicks about aquatic creatures lusting after human females (i.e., 1954’s The Creature From The Black Lagoon) have never been regarded as Oscar fare in years past. Ditto dark social satires with horror-zombie undertones (i.e., 1956’s Invasion of the Body Snatchers).

Neither Get Out nor The Shape of Water would’ve even been considered as Best Picture contenders ten or even five years ago, much less favored to win. But now they are, thanks to the younger, fringe-y Academy members who’ve been ushered in over the last two or three years.

Posted on 10.23.11: “I’ve finally seen Sony Home Video’s Caine Mutiny Bluray and the best I can give it is a B. I don’t think it’s all that fabulous looking. It’s more vibrantly colored and offers more detail than the previous DVDs so yes, it’s an improvement. But for a film shot in three-strip Technicolor, it doesn’t have that natural glow and special richness that ought to be there. The color feels a bit grainy and “pushed,” and a little too blown-up looking at times. Too many pinkish or spray-tanned faces.

“And I honestly do feel, as I said a week or so ago, that the 1.85 masking diminishes the compositions. Many of the scenes feel somewhat hemmed in and pushed down, like they’re in some kind of jail. I say to hell with Universal and Columbia having decided to scam-crop their 1.37 movies down to 1.85 starting in 1953. Movies from that era don’t breathe at 1.85. The Caine Mutiny should have been masked off at 1.66. My eyes know what they know, and they know what’s right.”

20 Comments
Only Now Is It Mentionable

I first saw Kenneth Lonergan‘s Manchester By The Sea during Sundance ’16. As everyone knows by now the central tragedy in that film is a late-night house fire, caused by fireplace embers and the failure of Casey Affleck‘s soused character to properly contain them. The fire causes the death of Affleck and Michelle Williams‘ three children — two small daughters and an infant son.

It hit me during the summer of ’16 that a similar real-life tragedy that happened on 12.25.11 in Stamford, Connecticut and extinguished the lives of three small children, may have inspired the Manchester author to engage in a little borrowing.

The Stamford home, owned by divorced advertising executive Madonna Badger, burned to the ground due to mishandled fireplace embers, apparently due to careless actions by either Badger or her boyfriend at the time, the late Michael Borcina. The fire resulted in the death of Badger’s three small daughters as well as her parents.

It’s been reported that the initial idea of a grief-struck handyman was pitched by Matt Damon and John Krasinski sometime after the release of Margaret. Lonergan worked on the Manchester script for about three years, finishing it sometime in ’14. Even if the New York-based writer had begun work in the fall of ’11, or not long after the release of Margaret and a few weeks before the Christmas Stamford tragedy, it would have been a natural enough thing for him to have read about it, etc.

If Lonergan cooked up the idea of a family house fire all on his own, fine. But it’s quite a coincidence. The details are awfully similar.

The more I think about the finale of last year’s Oscar telecast, the more I enjoy the memory. Nothing like it will ever happen again, of course. But some kind of jolt needs to punctuate the March 4th telecast. Some unexpected, totally-out-of-left-field winner. I’ll take anything. 20 days from now.

Whatever happened to star-struck Price Waterhouse screw-ups Brian Cullinan and Martha Ruiz? The 2017 Best Picture snafu will be the lede of Cullinan’s obituary when he dies, but he’s still on the PwC board. A search for Ruiz on the company’s website turns up nothing.

If only I could time-travel back to pre-1920 Los Angeles for a single day, back when it was mostly pastures and farmland and dirt streets and Victorian homes and few buildings higher than two or three stories. It felt a bit opaque and rundown in the late 20th Century (the air quality was rancid in the ’70s) but it’s always been a culturally formidable town.

I haven’t compiled a long list of films that have best captured the richness and complexity, but off the top of my head I’d include Kiss Me Deadly, No Down Payment, Los Angeles Plays Itself, Barton Fink and Michael Mann‘s Heat and Collateral.

But overhead drone-photography travelogues…please. Everything looks great from “above.” If GoPro drone videos existed in the mid ’40s and you used a similar music track you could create a serene essay about gliding over Auschwitz or Dachau or Bergen-Belsen.

It’s the City of the Fallen Angels, for one thing. Unless you’re hiking or hibernating or motorcycling along Mulholland or through the winding hills above Malibu and Trancas, 90% of the Los Angeles experience is about traffic, storefronts, stoplights, gas stations, billboards and spiritual fatigue. Most of it stemming from that vague feeling of possibly being trapped here for the rest of your life. Two things make it half-tolerable: riding around on two wheels (changed my life, a whole different realm) and the blessings of using Waze.