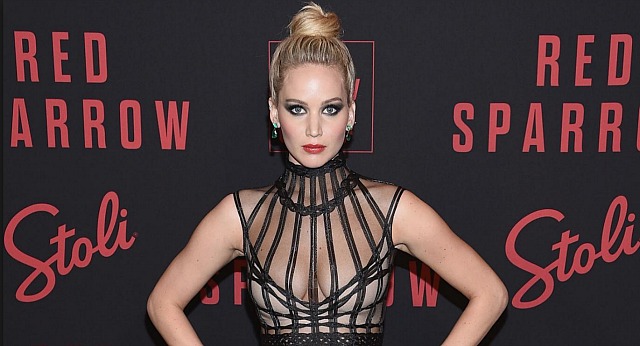 Looming Tower (Hulu, 2.28) costars Jeff Daniels and Peter Sarsgaard were asked by Meet The Press‘s Chuck Todd about whether they’d work with Woody Allen again. Allen defenders can repeat the same facts and talking points over and over but “will you work with him again?” has become a meme, which in itself tells you that the Farrows are totally controlling the narrative. Anyway…

Daniels responded creatively by splitting the difference. “It’s a difficult decision because of Purple Rose of Cairo,” Daniels said. “That movie will always be a great experience, a great movie for me, and he will always be a great American filmmaker. I got to work with him at the age of 30, and it changed my life. [That said] I believe Dylan Farrow. Would I do another one with Woody? The difficult decision would be to turn him down.”

Get ready for HE:(plus), a parallel paywall site that will augment Hollywood Elsewhere with extra material and new columns and whatnot. Seriously, no foolin’ — HE Plus will double the excitement. Not for me, of course, but hopefully HE readers. It’ll launch sometime in April, certainly before May 1st. I think.

I’m jazzed for the usual starting-a-new-enterprise reasons — it’ll be “fun”, a creative challenge, a dog bark, a splash, an attention-grabber. It’ll be $4.99 mønthly or $49 annually. I could charge less, I suppose, but that would be embarassing. The new material will easily be worth a lousy $1.25 per week…c’mon.

Classic Hollywood Elsewhere isn’t changing or downsizing or anything like that. Everything will stay exactly the same, and for free as always. I’ll continue to bang out four or five riffs, reviews and stories per day, like I’ve been doing since August ’04.

But I’ll also post two fresh articles on HE:(plus) each day plus generate material for some new columns on some kind of biweekly, haphazard, flying-fuck-at-a-rolling-donut basis.

I’m contemplating a biographical column called MISERABLE WANDERER Over Half The Globe (i.e., all the stuff I’d write about if I were to sit down and write a proper autobiography, which of course I’ll never do because of HE🙁plus). A Bluray/streaming column called DYING ART FORM. A relationship column called YOU BROKE MY HEART, a kind of bluesy, world-weary, suburban angst-meets-Miss Lonelyhearts type deal. And TALK’S CHEAP, a forum for HE podcasts. Maybe I’ll implement all of these or junk half of them or whatever. I’ll play it by ear as I go along.

HE’s own Jordan Ruimy will generate a new column, which we’ve tentatively agreed will be titled RUIMY WITH A VIEW. Partly reviews, partly trends or commentary, partly undisciplined musings and incomplete notions…whatever pops out.

A Manhattan-based guy is thinking about tapping out an anonymous smartass-potshot column.

HE’s Svetlana Cvetko has suggested a section that would throw a spotlight on the most promising X–factor female directors currently pitching something or prepping a feature or currently showing a short on the festival circuit or whatever. (I know I’m supposed to avoid “female” but “woman” isn’t an adjective.)

And finally I’m thinking about a new Reddit-like, scattershot column called (a) IL FORO ROMANO or (b) HOLLYWOOD WELTSCHMERZ or maybe something else. It’ll be a kind of HE community bulletin board thing, and will be partly written or “fed” by any trusted friend and/or semi-professional acquaintance of Hollywood Elsewhere who has anything to say. I’ll allow these trustees to post directly without my input. They can post any damn thing as long as it’s not absurd or vulgar or pro-Trumpy or rancid or old-farty, and is reasonably well composed. If they spill ketchup on the tablecloth, they’ll be terminated…simple as that.

22 Comments
Everybody Wants One

I’ve wanted to own a James Dean Rebel Without A Cause jacket all my life. My problem has been with the big collar. I don’t wear shirts with standard-issue collars — only banded collars (i.e., no collar at all). And I’ve said all along that I won’t wear a Dean jacket unless it has a similar thing going. Like the one below, a Labretta bomber jacket being sold out of England.

Has anyone ever owned one, and if so worn it with jeans and boots and a white T-shirt? Did you feel like you were wearing a Santa Claus outfit? Did anyone make a joke at your expense? 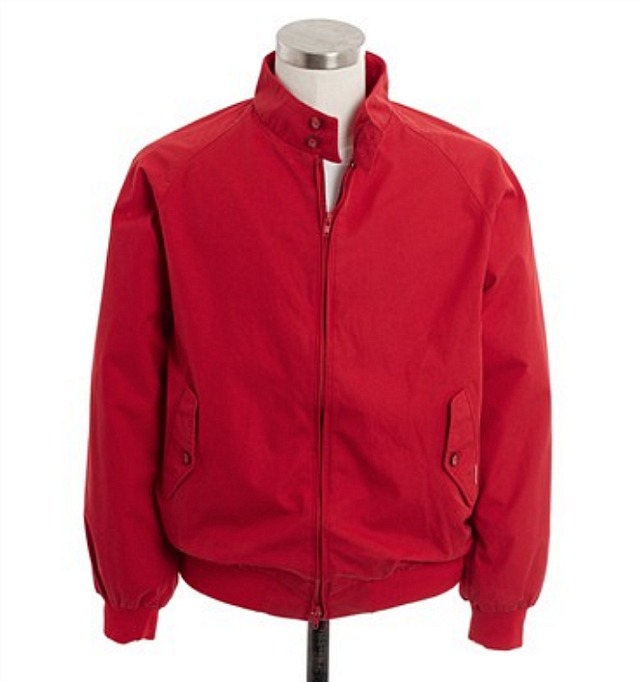 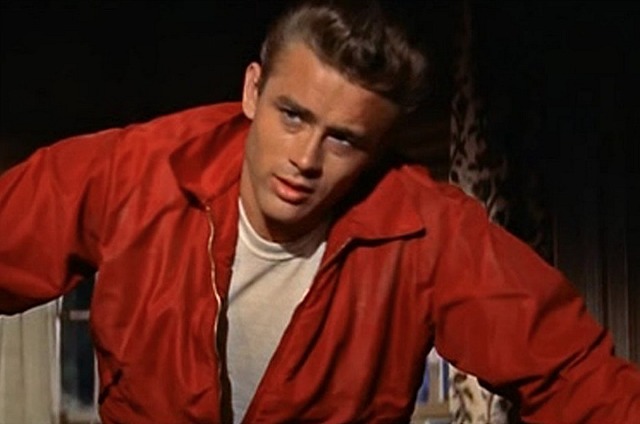 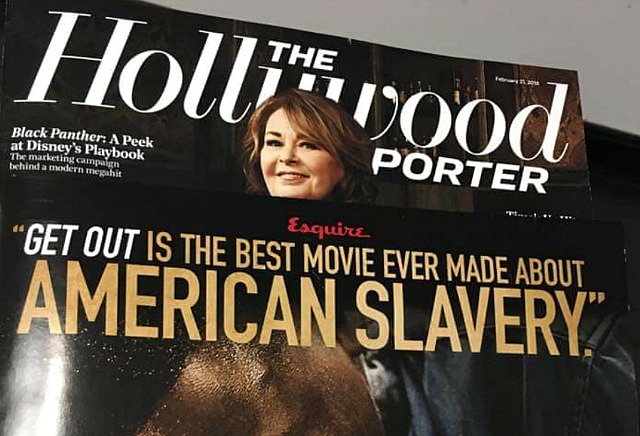 Obits for famous people are often written in advance, and you know that somewhere in the first two or three paragraphs of Warren Beatty‘s obit-in-waiting there’s a mention of The Great LaLa Land vs. Moonlight Oscar Envelope Screw-Up.

Nominated for 14 Academy Awards and winner of a Best Director Oscar for Reds. The co-auteur of Bonnie and Clyde and Bugsy, and the ruling creative force behind Shampoo, Bulworth, Dick Tracy and Heaven Can Wait. Teen heartthrob star of the early ’60s after his Splendor in the Grass debut. One of the greatest nookie kings in the history of Western Civilization. And — history will never forget — the guy who didn’t know quite what to do when he opened a Best Picture winner envelope that said “Emma Stone, LaLa Land,” and so he handed it to co-presenter Faye Dunaway.

The snafu wasn’t Beatty’s fault, of course, but in the hazy fog of public memory he’ll never be able to fully rid himself of this world-class embarassment. Fairly or unfairly he’s stuck with it. Ditto Dunaway, Oscar host Jimmy Kimmel and the infamous Brian Cullinan, the Price Waterhouse guy who gave Beatty the wrong envelope and will forever be wearing a scarlet tattoo (“T” for tweeter) on his forehead.

I’m recalling all this because of Scott Feinberg‘s “‘They Got the Wrong Envelope!’: The Oral History of Oscar’s Epic Best Picture Fiasco,” which appeared on the HollywoodReporter‘s site on 2.26 and is part of the 2.28 issue of The Hollywood Reporter magazine. Great reading, an epic saga, a “howtheydunnit” page-turner.

The piece represents only about 1/5 of what Feinberg gathered together with all the interviews and whatnot. It took him “months.” The initial draft was 31,000 words, and “a lot of juicy stuff” didn’t make the cut, I’m told. I see a book in this — maybe a 50,000 word coffee-table book with all kinds of great photos and sidebars and whatnot. Hell, it would make a great documentary — think of it!

86 Comments
All Over In Six Days

All hail the character, backbone and general indifference-to-consensus of EW‘s Christopher Rosen, who is standing by Lady Bird. Of the four leading GD contenders, Greta Gerwig‘s period drama is far and away my favorite as well as the best.