I regret blowing off a 7 pm screening of A Wrinkle Of Time at Disney tonight, but I’d rather attend J.J. Abrams‘ annual Oscar Wilde awards at Bad Robot. Then I’ll catch a 9:30 or 10 pm screening of Eli Roth and Bruce Willis‘s Death Wish at the Arclight or Grove. Yes, that’s right — MGM flacks wouldn’t invite me to a screening. 5:22 pm update: I’ve just returned from picking up my Spirit Awards press pass at Ginsberg-Libby. 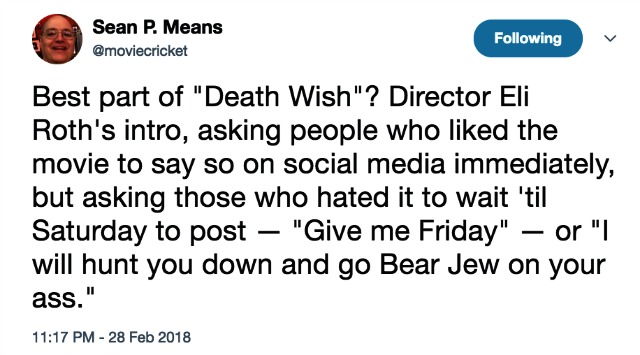 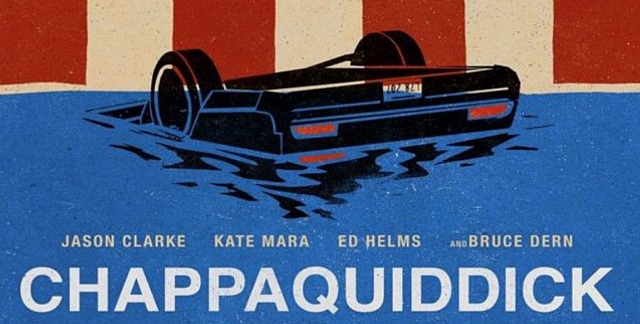 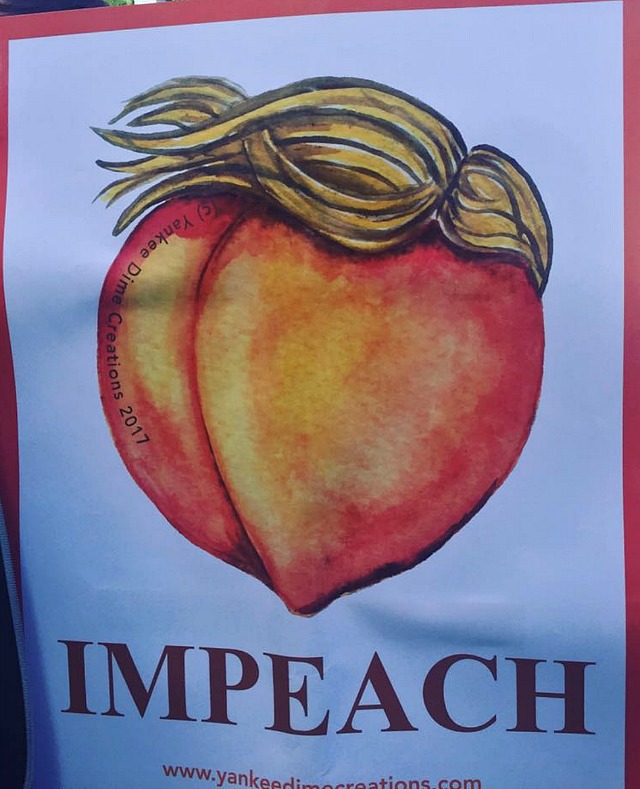 Not long after Elvis Presley died of a drug overdose in August 1977, the blunt-spoken John Lennon told a reporter that Presley “died in 1958, when he went into the Army.” There were, in fact, two Elvis Presleys, but the better of the two was elbowed and suffocated early on — career pressures, tumbling tides, you-tell-me-what-else.

The one that mattered was Elvis #1 — a rip-roaring cultural force of the mid ’50s, a slender and sideburned Memphis native who exuded a pulsing sexual energy and totally ruled the rock ‘n’ roll roost from early ’56 to March of ’58 (when he began his two-year military hitch) and who made five half-decent films — Love Me Tender, Loving You, Jailhouse Rock, King Creole and Flaming Star.

Elvis #2 was an in-and-outer and mostly a sell-out, the star of a series of appalling, ridiculous Hollywood films, a yokel who didn’t like the counterculture and the antiwar left, and thereafter became a flamboyant conservative who paid President Nixon an obsequious visit in December ’70, and then a flashy, entourage-flanked Las Vegas headliner, and finally a bloated, grotesque, drug-taking, peanut-butter-and-banana-sandwich-consuming, on-the-verge-of-death wreck of his former self.

The apparent aim of this three-hour, two-part HBO movie, directed by Thom Zimny and debuting on 4.14, is to portray Presley as a serious, aspirational, hard-working artist during his slow-decline period (’58 to ’77). Maybe there’s more to this era than is commonly known, but…okay, I’ll watch it and see what goes.

I smelled bullshit the instant that I read a claim by N.Y. Times White House reporter Maggie Haberman that Hope Hicks‘ decision to resign (a) had nothing to do with her House Intelligence Committee testimony (i.e., “I’ve told white lies”) and (b) that she’d been planning to leave for “months“. (Hicks only took the White House Communications Director job six months ago — 8.27.17 — when Anthony Scaramucci left.) The general belief out there is that Haberman is a stenographer for the Trump White House. Sure seems that way.

Not exactly charismatic and a little wonky to boot, but he’s a good, sensible fellow.

If a genie were to offer me one wish (instead of the usual three), I would ask for the collapse of the superhero comic-book scourge. For these films have transformed the movie-theatre experience, a once-hallowed shrine, into something brutishly primitive and whorishly repetitive. Excellent stuff is obviously being made and seen, but mostly on my 65″ Sony 4K. Dipshit superhero flicks, cheap horror, dumb comedies, family fantasies, romcoms and girl-power fables are tumorous metaphors for the quarter-of-an-inch-deep spiritual vistas and fast-food taste buds of millions of GenX, Millennial and GenZ moviegoers.

And I’m speaking as someone who refused to see Girls Trip but truly enjoyed the last hour of Black Panther, and definitely looking forward to Ant Man and the Wasp.

When will it all end? In a May 2016 essay that offered “a nuanced explanation of where the industry’s at, how it got there, and what it means for the future of movies,” TimStarz04 predicted a collapse sometime in the early ’20s. The then-current system (slambang superfantasy flicks costing an arm and a leg, and only a small portion of them returning substantial profits) is “unsustainable,” he said, echoing the views of many in the industry (including Steven Spielberg). He specifically theorized that 2016 “will be the first year of the collapse of the Hollywood [comic-book idiot] studio system that will probably take hold by the beginning of the 2020s.”

What has changed over the last 21 months, if anything? The answer is “nothing,” of course, but I’m asking all the same.

“People should look at comedies as dramas when they’re writing [them]. They should be a story that would work just as well without any jokes.” — Judd Apatow in just-popped (3.1.18) Masterclass trailer.

I’ve been saying this all along. A good comedy is just as story-savvy, character-rich and well-motivated as a good drama. Good comedies and dramas both need strong third-act payoffs. Take away the jokes, the broad business and the giggly schtick, and a successful comedy will still hold water in dramatic terms. But most comedic writers, it seems, start with an amusing premise, then add the laugh material, and then, almost as an afterthought, weave in a semblance of a story along with some motivation and a third-act crescendo that feels a little half-assed.

Posted by Time‘s Laignee Baron on 2.27: “An usually icy winter blasting through Europe reached Rome, blanketing the Italian capital in a rare four inches of snow.” Of all things fairest, first among cities and home of the gods is Rome. If was ordered to live there or else, I would say “okay.”