My first profoundly negative response to the physical and spiritual being known as Joaquin Phoenix happened three and a half years ago, during a New York Film Festival screening of Paul Thomas Anderson‘s Inherent Vice (’14). I decided right away that his (or more precisely author ThomasPynchon‘s) Larry “Doc” Sportello, a mutton-chopped, sandal-wearing private detective, was mostly a lazy collection of slumbering mannerisms — slurry speech, lackadaisical manner, etc.

Then came Phoenix’s pot-bellied New England professor in Woody Allen‘s Irrational Man (’15) and again I said to myself, “I don’t like this guy…this is another Phoenix-playing-Phoenix performance…do I really have to hang with him?”

And then in Garth Davis‘s Mary Magdelene, Pheonix played the first graybeard, seen-better-days Jesus in motion picture history — a Nazarene who looks at least 47 or 48 years old, or roughly 15 years older than the Real McCoy was when he died on Calvary — and again I went “Oh, Jesus effing Christ…here we go again.”

So it really means something when I say that Phoenix’s sullen, barely verbal performance as a graybeard dadbod in Lynne Ramsay‘s You Were Never Really Here (Amazon, 4.6) didn’t bother me that much. Because the film is so good.

You Were Never Really Here wasn’t just the strongest film I saw in Park City — half narrative, half fever-dream — but the first intensely distinctive, high-style art film to open in 2018.

Not a good day for filing, I regret to say. Too much non-writing stuff I had to get to, and I’m still not done. 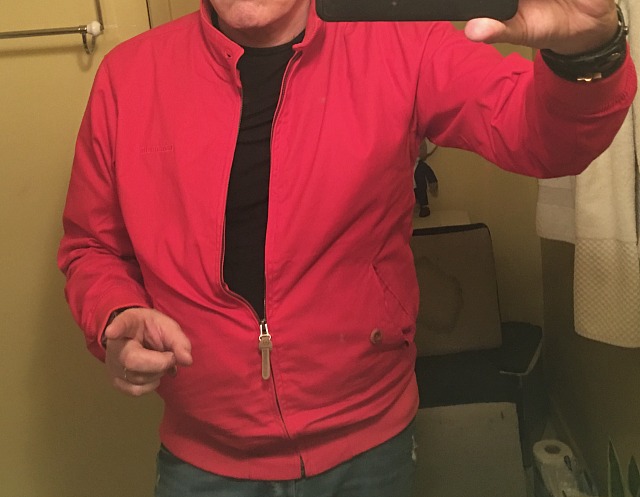 Jeff and Tatyana have to once again go downtown to try and remedy a USCIS work-permit situation. Not a big deal in and of itself, except that bureaucracies have a way of delaying and dragging things out. Hollywood Elsewhere will be back at the desk by, oh, 1 pm or thereabouts.

“Theron Rules in Slight Tully,” filed from Sundance Film Festival on 1.26.18: “Tully is a much better film than Reitman’s underwhelming Labor Day and his disastrously received Men, Women & Children, so it’s an image-burnisher to some degree. But it’s also on the slight side.

“Cody’s script is amusingly sharp and sardonic, and Theron’s portrayal of Marlo, a stressed suburban mom coping with pregnancy and child care, is her boldest since playing an alcoholic writer in Reitman and Cody’s Young Adult (’11) and her most Raging Bull-ish performance since Monster (’03), lumbering around Tully with her Aileen Wournos bod.

“Tully (Focus Features, 4.20) is partly a family-unit sitcom and partly a tricky psychological drama. It mostly takes place in a New York-area suburban home occupied by Marlo, her husband Drew (Ron Livingston) and their three kids — a special-needs six year-old boy, a slightly younger girl and a just-born infant.

“It’s one of those stories that (a) portrays a problem and then (b) introduces an outsider who not only makes things better but becomes a kind of magic healer. The question is how this agreeable situation will pan out in the long run.

“With Drew barely paying attention to the kid-rearing situation, focusing on his job during the day and playing video games at night, pregnant Marlo is exhausted — whipped — by maternal responsibilities. And then the baby arrives and the burden is even more crushing with middle-of-the-night feedings and wailings and whatnot.

“So Marlo’s rich brother (Mark Duplass) tries to persuade her to accept the gratis services of a night nanny — a younger woman who will drop by in the evening and take care of the baby so that Marlo can get some much-needed shut-eye.

“Marlo initially resists the idea (even with Duplass offering to cover costs) but eventually she succumbs.

“A night or two later the slightly eccentric Tully (Mackenzie Davis) knocks on the door. Marlo finds her a bit weird at first and a little young for the job, but Tully, a seasoned nanny, gradually gains her trust, and then her friendship and affection.