42 Comments
Three Faces Have I

One, the cautious, considerate, even-steven, take-it-as-it-comes guy that I mostly am (or try to be) in a socially mixed context. Two, the guy I am at home when I’m not wearing my public mask, dealing with fatigue, frustrations, traffic, scrambled eggs, cats, fears, dry cleaning, the shoe guy, anxieties and plants as well as occasional moments of calm, comfort and serenity. And three, the guy who emerges when I’m writing the column.

The first and third guys rarely overlap, although sometimes they do. The second guy is on speaking terms with the first and third but he feels more kinship with the first. But the third guy…well, there wouldn’t be any Hollywood Elsewhere without him, so I need to let him do the dance, so to speak, as well as show a certain amount of deference and respect.

The dialogue in this scene is extremely dry and referenced. Deftly written, not a single lowball moment, and aimed at a sophisticated audience that will presumably pick up on the flicking pop-culture references. Lasting three minutes and 49 seconds, it delivers all kinds of concurrent moods and attitudes — sexual, hostile, aloof, indifferent, observant, dismissive — right on the money. “Give him whatever it is they drink…is a Coke around?…you don’t have to do all the old adenoidal glottal stuff and carry on for our benefit.”

I ducked out of last night’s Tomb Raider press screening around 7:55 pm or thereabouts. On my way out I noticed a lively crowd congregated in the Arclight lobby. I quickly learned it was a premiere screening for Max Winkler‘s Flower (The Orchard, 3.16). I never got invited to a screening, but it’s not like Flower was hotly buzzed about when it played the 2017 Tribeca Film Festival or, you know, is currently setting Twitter ablaze.

Given the reviews it got last spring from The Hollywood Reporter‘s Frank Scheck, Slant‘s Chuck Bowen and TheWrap‘s Dan Callahan, the publicists appear to be relying on the old hide-the-ball strategy. 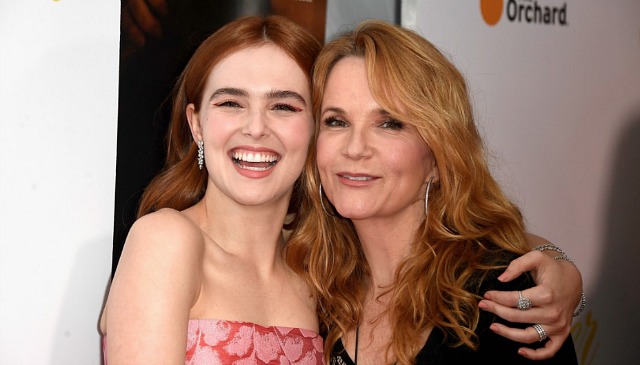 “There’s nary a believable moment in Winkler’s edgy dark comedy about a rebellious teen girl (Zoey Deutch) who’s clearly meant to be amusingly crass but instead comes across as emotionally disturbed,” Scheck wrote. “Uneasily combining its determinedly edgy plotline with failed sentimentality, Flower is redeemed only by Zoey Deutch’s magnetic performance, which would be star-making if in the service of a better vehicle. The film also squanders the talents of such reliable comic pros as Kathryn Hahn and Adam Scott.”

Two thoughts about the trailer: (a) Deutch, who delivered a likable, easy-vibe lead performance in Richard Linklater‘s Everybody Wants Some!! (’16), has, as Erica, a brashly assertive Millenial screwball quality — you can tell right away that she’s “got it” as far as that term applies; and (b) why is Morgan, the red-haired, whale-sized guy whose sexual victimhood is the whole reason for the revenge plot…why doesn’t the trailer show Morgan saying a line or two?

47 Comments
I Came, I Saw, I Grappled

With the exception of Alicia Vikander‘s defiantly emotional performance as Lara Croft, which is surprisingly decent considering the circumstances, this cinematic effort by the great Roar Uthaug (pronounce his last name over and over until you can say it backwards in your sleep) struck me as a mostly boring, time-wasting programmer — a 21st century equivalent of Allan Quatermain and the Lost City of Gold.

Don’t let this and the other cruddy reviews stop you this weekend. You wanna see how Vikander measures up, right? 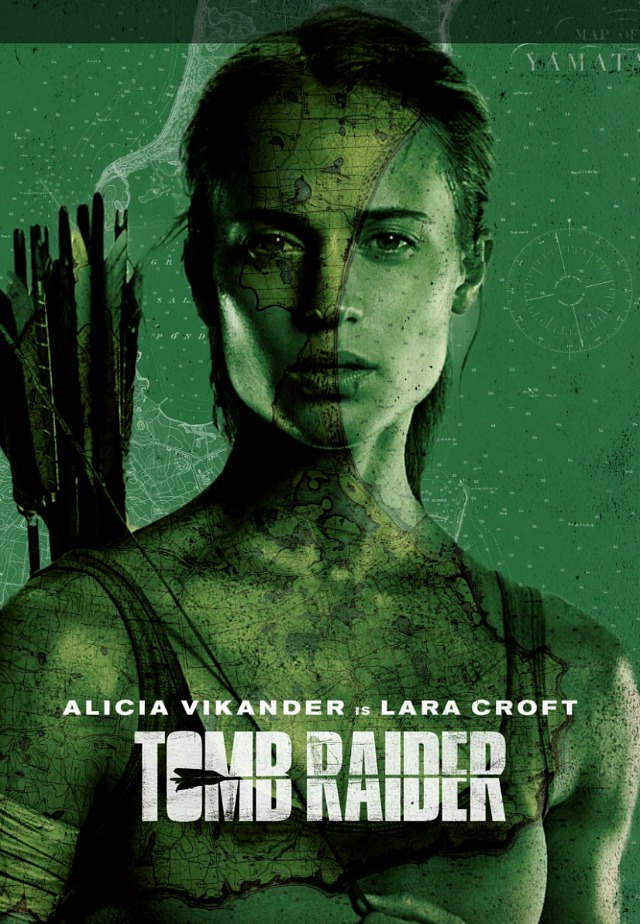 The truth is that this Swedish-born Oscar winner, all of 29, isn’t half bad as the video-game adventurer with the bow-and-arrow and the buff bod. She’s too small (5’5″) to be a convincing whup-asser and I could have done with fewer cries of pain, but she gives this gamer character everything she has inside, trying like hell to make Croft’s situation feel as earnest and real-deal as possible. Vikander certainly gives a more full-hearted performance than Angelina Jolie did in those two Lara Croft flicks (’01 and ’03) that came and went without stirring a single bowl of soup. And comparing VK’s boobs to Jolie’s is a non-issue.

The first 35 minutes of Tomb Raider are the most plausible and therefore tolerable, as they happen in a semblance of real-world London (Croft’s home) and Hong Kong, and then aboard a small ship bound for a remote location in the South China Sea.

Croft is a reluctant heiress. Yeah, I know — what kind of idiot says “nahh, I don’t want an inheritance — I’d rather be in debt as I deliver pizza on a bicycle”? She’s torn up about her disappeared and presumably dead tycoon dad (Dominic West) who vanished in ’09 while researching Himiko, the legendary shaman queen who was buried alive on the island of Yamatai, somewhere southeast of Japan.

A clue found in one of her dad’s effects results in Lara travelling to Hong Kong and then paying a ship owner (Daniel Wu as the good-looking, physically agile Asian guy who has to appear in all international-appeal action films) to take her to this place of rocky foreboding.

I paid no attention yesterday to a video clip of Hillary Clinton delivering her latest gaffe — i.e., a statement that is true but politically unpopular. While attending some kind of conference in India last weekend, Clinton explained that she carried the more economically advanced (which always goes hand in hand with “better educated” and “politically progressive”) states in the 2016 election, and that Donald Trump carried the none-too-bright bumblefucks — rural, despairing, Fox News-watching, racially resentful, angry, mostly overweight, appalling dress sense, in some cases opioid-addicted, etc. Which — hello? — is 100% accurate and then some.

And totally beside the point. Machine Democrats want Clinton to keep her yap shut about the ’16 election permanently, or better yet go away and stay away for the rest of her life. We all understand that bumblefuck resentment (“Don’t put us down because we put a malicious sociopath-tyrant into the White House…that would hurt our feelings and inspire us to re-elect him!”) could hurt their chances of winning big in the 2018 midterms, and Dems now have reason to be optimistic after last night’s narrow win by 33-year-old Democrat Connor Lamb in a special House election in southwestern Pennsylvania.