Criterion’s 4K Bluray of Leo McCarey‘s The Awful Truth pops today. The six-minute nightclub scene (Cary Grant, Irene Dunne, Ralph Bellamy) is far and away the best in the film. There really isn’t another scene that I can remember the dialogue from. “Gone With The Wind,” “New York is okay to visit but I wouldn’t want to live there,” “not Oklahoma City itself?”, etc. Am I thinking about getting the Bluray? I’d pay to stream it in a second, but plunking down $32 bills for a movie that’s smothered with billions of digital mosquitoes?

Former First Lady Barbara Bush, 92, has passed on. She was the wife of George H.W. Bush, the nation’s 41st President, and always, it seemed, a person of honor, dignity and restraint. She was a Republican but it seems fair to forgive her posthumously. Very few oldsters, it seems, enjoy being 90something. My mother and father sure didn’t. All is peaceful and well now, from a certain perspective. 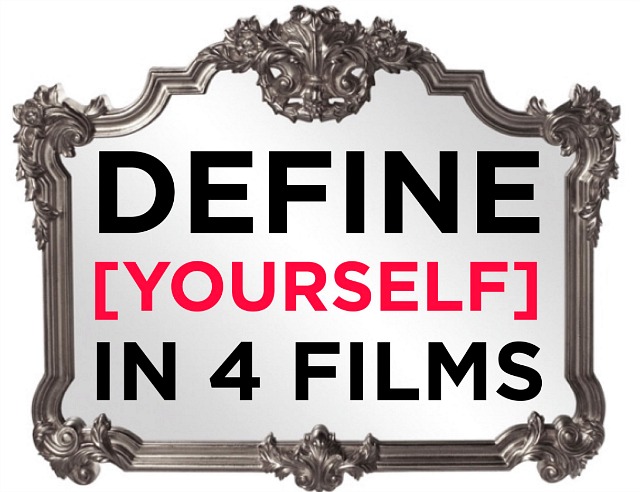 “We’ve seen him dozens of times before, saying any damn thing that comes into his head (because living on the planet for 70 or 80 years has given him the right to do so). He’s on his own incorrigible wavelength, dropping putdowns as fresh as his body is old, spicing every cranky comment with a perfectly chosen F–bomb.

“He’s also part of the family, of course. He’s the grumpy old man, the naughty codger from hell — the hilarious over-the-hill a–hole who is always played by someone like, you know, Alan Arkin. Just about every time we see him, he’s a showbiz creation, a character baptized in shtick.

“But in Boundaries, a touching yet wised-up father-daughter road movie that’s the best version of this sort of film you could imagine (it’s standard, but very tastefully done), Christopher Plummer plays him with a lived-in, soft-shoe command.

“At 88, Plummer looks about as handsome as a man his age can be, with cheekbones that take the light beautifully, his white hair swept back and set off by a beard that’s still, from certain angles, sort of sexy. He plays Jack Jaconi, the pathologically charming and selfish father of Laura (Vera Farmiga), and by the end of the opening scene, when she’s sounding off to her therapist about him, we’re certain that he must be some version of the monster she describes. Laura won’t even take his calls — that’s how much damage he’s caused.

“Then Jack shows up, and he’s such a smiley and debonair old coot that he doesn’t only seem not so bad; he seems real. True, the tropes are all in place. Jack, who has just gotten kicked out of his senior-citizen facility, has $200,000 worth of marijuana he’s trying to unload. (Yes, he’s a drug dealer.) He also speaks his mind with such a sly-boots sense of humor that it takes us a moment or two to notice how merciless he is. When his teenage grandson, Henry (Lewis McDougall), makes a mild off-color remark about not wanting to go into a shed for fear of being molested, Jack says, “You wouldn’t get molested with a bow in your hair.” Ouch! (On several levels.)

All along the concern about Bohemian Rhapsody (20th Century Fox, 11.2), the Bryan Singer-Dexter Fletcher biopic about Queen and Freddie Mercury (Rami Malek), was that it might be too softball, fan-clubby or family friendly — not adult or hard-edged enough. After Sacha Baron Cohen left an earlier version of the biopic in 2013, Queen guitarist and producer Brian May was quoted saying that “we can’t mess up [Mercury’s] legacy.”

Yesterday I flipped through an 11.4.15 draft of Anthony McCarten‘s script of Bohemian Rhapsody. Scripts are only blueprints, of course, and McCarten’s draft was rewritten sometime in mid or late ’16 by Justin Haythe, so impressions of a two-year-old script hardly mean anything.

Nonetheless my general impression is that if the McCarten draft bears any resemblance to the finished film, it’s (a) going to be a huge hit with both Queen fans and dilletantes in general (the 1985 Wembley Stadium Live Aid concert is quite the crescendo) but (b) it’s a long way from warts and all. 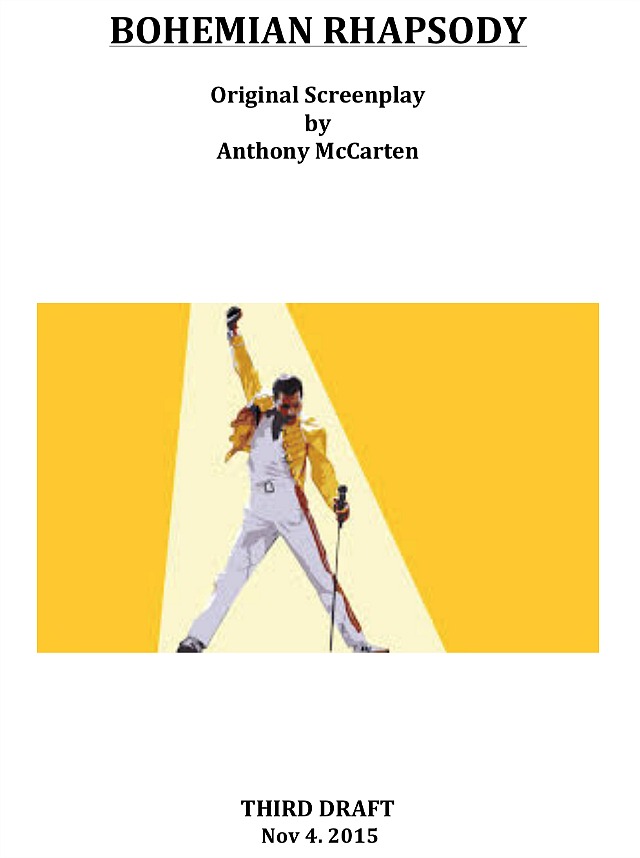 I solicited the opinions of a script aficionado (male) and a Los Angeles-based producer (female) who had also read it.

“I think the script is a device for two things: Rami Malek and the music of Queen,” the script guy said. “I liked the script, although it could have been more shocking or darker. I wouldn’t call it softball but it isn’t edgy either. It’s certainly mainstream enough to work at the box-office and get Oscar buzz. A source told me (apparently Bohemian Rhapsody tested last week) that Malek knocks it out of the park.”

The producer notes that “two of the band members who are producers on the film” — May and drummer Roger Taylor — “wanted a family friendly picture, which would account for the softness. And yes, the script amps up Freddie’s relationship with Mercury’s lifelong companion Mary Austin (Lucy Boynton) and downplays the lurid nature of the secret trips to the Mineshaft as a result.

“Mary seems to have the virtue and patience of a saint — not a real character. And the parents (Meneka Das as mother Jer Bulsara, Ace Bhatti as father Bomi Bulsara) are just too Ozzie and Harriet cute. Everyone is too cute.

Yesterday the owner of The Tracking Board, producer Rock Shaink, Jr., whacked the newsroom and shut the site down. Editor-in-chief Jeff Sneider, chief film critic Drew McWeeny and film reporter Ed Douglas have all been cut loose.

I don’t know how and where TTB’s CEO & founder Chris Contreras fits into this, but the site is definitely kaput.

Sneider broke the news yesterday afternoon on Twitter, stating that “my time as an Editor-in-Chief has come to an end, as the newsroom has been disbanded. I’d like to thank the site’s owner for taking a chance and giving me this incredible opportunity, which has been a really valuable learning experience, one I’ll always be grateful for.” 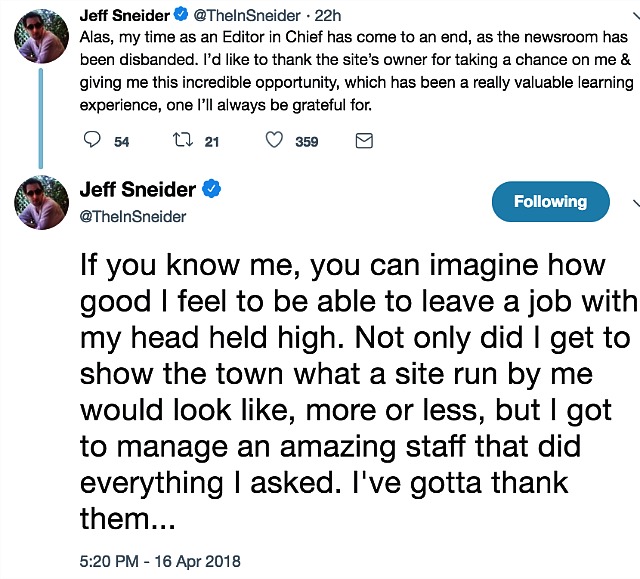 The site currently says “as we prepare to share a new partnership rollout, we’ll be experiencing limited posts over the next few weeks, but will be featuring a new spec book, Launch Pad Feature & Pilot announcements, and the new annual spec book!”

Obviously Shaink and Contreras, who stalled for months and months to change the name of the site to The Industry, felt that they were losing too much money because ad revenues were too low and that their goals in that realm didn’t seem achievable within the right time frame.

Sneider was made editor in January of ’17; Douglas and McWeeny were hired last fall. It just seems weird to launch a serious effort like this, trying to compete for a piece of the advertising pie that is more or less owned by Penske Media, The Hollywood Reporter and TheWrap, hiring name-brand contributors and then abruptly pulling the plug 15 months after it begins…WHAM. It suggests that Shaink is an impulsive or whimsical fellow, not a long-game player.

The Ankler‘s Richard Rushfield: “The Tracking Board was some semi-legit producer” — presumably Shaink — “who was operating it out of his house. He had the notion for a script tracking board, and when that didn’t turn into riches, he thought he’d make it a general trade site, putting in some money to it but not enough to really muscle your way into a seat at the table alongside Penske and THR.

16 Comments
The Net Is Closing 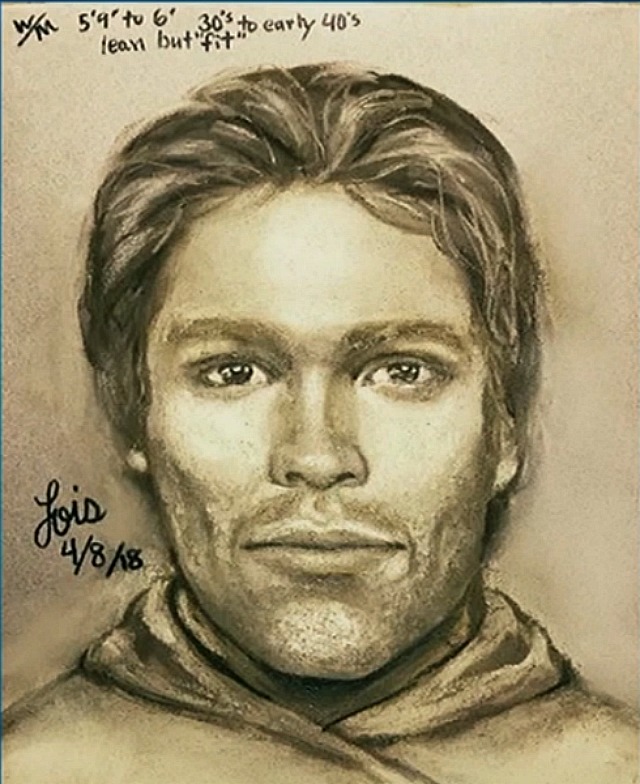 Alden Ehrenreich was almost certainly chosen to play the rogue-ish Han Solo by producer Kathy Kennedy because she felt obliged to kiss the ring of her longtime boss Steven Spielberg. The famed director discovered Ehrenreich in 2003, when the 28-year-old actor was 14, after seeing him in a Bat Mitzvah video at a party. Spielberg’s endorsement eventually led to Ehrenreich getting an agent, landing gigs on TV series like Supernatural and CSI, and being cast as Vincent Gallo‘s younger brother in Francis Coppola‘s Tetro (’09).

So when you’re watching Solo a few weeks hence and asking yourself how the producers could have possibly decided that the too-short, beady-eyed Ehrenreich could fill Harrison Ford‘s shoes in a way that audiences would totally accept (instead of hiring Baby Driver‘s Ansel Elgort, the obvious choice), remember that Aldenreich was primarily chosen as a deferential gesture to big bossman Beardo.

Focus Features will open Morgan Neville‘s Won’t You Be My Neighbor?, a doc about the life and legacy of Fred Rogers, in theatres on 6.8.18.

My gut tells me this is a total lock for a Best Documentary Feature Oscar nomination for two…no, three reasons: (1) Rogers, an ordained Presbyterian minister before becoming a children’s TV star, was the personification of everything Donald Trump never was, isn’t today and never will be, so everyone who will want to salute that; (2) The doc was highly praised (RT 95%) during last January’s Sundance Film Festival; and (3) Everyone who loved Neville’s Oscar-winning 20 Feet From Stardom will be favorably disposed.

I’m not exactly the kind of guy who strolls around with a gentle, open-hearted, sunny-faced attitude, but I admire guys who can pull that off. Rogers was also something of a progressive, forward-thinking lefty, which makes me admire his memory all the more. And I’m a longtime admirer of Neville (Best of Enemies: Buckley vs. Vidal, Keith Richards: Under the Influence). Missed the Rogers flick during Sundance, but would love to see it soon (i.e., before leaving for Cannes on 4.29). What say, Focus? 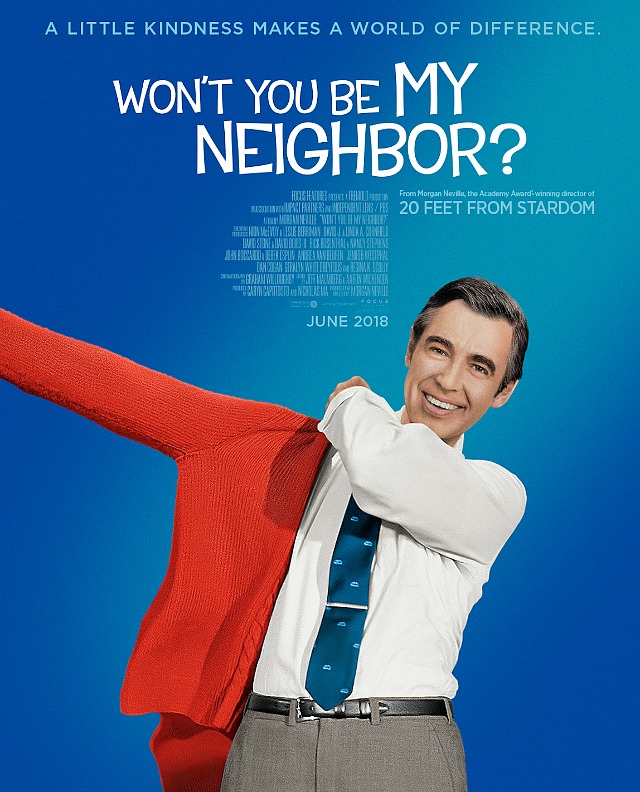