Does it really matter in the greater scheme, much less to the Movie Godz sitting in the shadow of Mount Olympus, if a larger mass of lemmings jumped off the Avengers: Infinity War cliff, and thereby overshadowed the blindly devotional swan dive made by millions of said critters two and a half years ago on behalf of Star Wars: The Force Awakens? Obviously it does to certain parties who will profit in various ways, but somebody needs to say “okay, fine, enjoy the champagne, but what are you actually celebrating?” It was reported this morning that Infinity War‘s $258.2 million opening weekend topped Force Awakens‘ $247.9 million set in December 2015. 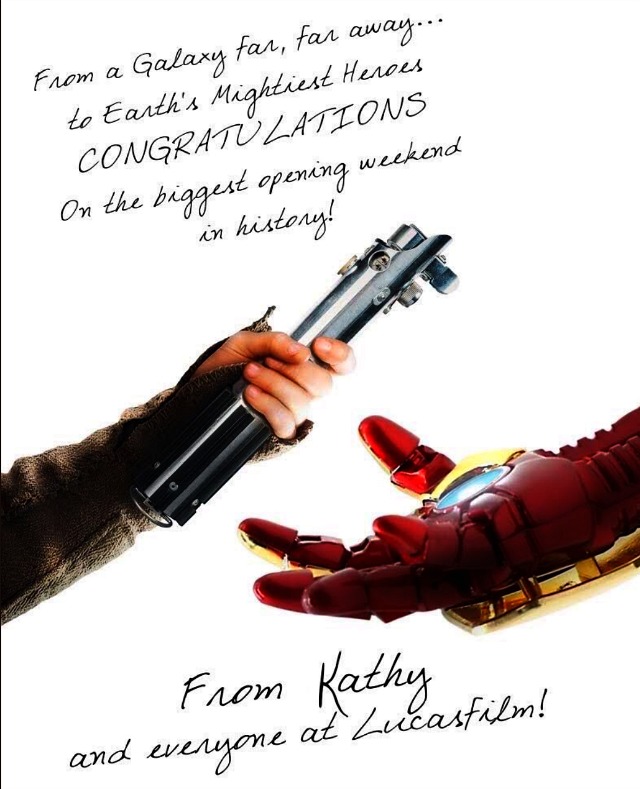 It’s hard to think of Michael Imperioli as a gray-haired 52 year-old, given that his Sopranos character, Christopher Moltisanti, is branded into our brains as an angry, undisciplined, emotionally intemperate guy in his early to mid 30s. (Born in ’66, Imperioli was 33 when The Sopranos began airing in ’99, and 41 when it ended in ’07.)

One of Moltisanti’s most noteworthy lines, shouted to Martin Scorsese in front of a hot Manhattan club: “Marty! Kundun…I liked it!”

Seriously, I can just tell that David Chase‘s The Many Saints of Newark, which deals with the Soprano family during the ’67 Newark race riots, is going to amount to something. I can feel it. Great title, Chase knows the turf like the back of his hand, an epic-scale confrontation between cultures. If anyone can toss me a PDF of the script…please.

In an NPR “Fresh Air” interview with Terry Gross that will air Tuesday, 5.1, Michelle Wolf said the following about her monologue at the White House Correspondent’s Dinner last weekend: “I wasn’t expecting this level [of controversy], but I’m also not disappointed there’s this level. I knew what I was doing going in. I wanted to do something different. I didn’t want to cater to the room. I wanted to cater to the outside audience, and not betray my brand of comedy. I actually…a friend of mine who helped me write, he gave me a note before I went on which I kept with me which was, ‘Be true to yourself…never apologize…burn it to the ground.’ I wouldn’t change a single word that I said. I’m very happy with what I said, and I’m glad I stuck to my guns.”

John F. Kelly began serving as Donald Trump’s White House Chief of Staff on 7.31.17. He’s unlikely to last a year. With four separate sources telling NBC that he’s called Trump an “idiot”, Kelly is obviously on the way out. Perhaps not imminently, but surely within a month or two. Posted earlier today by NBC’s Carol E. Lee, Courtney Kube, Kristen Welker and Stephanie Ruhle: “Kelly [has portrayed] himself to Trump administration aides as the lone bulwark against catastrophe, curbing the erratic urges of a president who has a questionable grasp on policy issues and the functions of government. He has referred to Trump as ‘an idiot’ multiple times to underscore his point, according to four officials who say they’ve witnessed the comments.” Wolf is claiming the “idiot” comments are “total b.s.” — I kinda doubt that.

I’ve said a few times that I have issues with the too-short, beady-eyed, Prius-driving Alden Ehrenreich pretending to be the young Han Solo. I could’ve submitted to Ansel Elgort in a New York minute, but not this guy. You can’t “play” Han Solo — you have to be him or nothing. If only Kathy Kennedy and Lawrence Kasdan had decided to make the film about Han Solo’s younger brother, Benjamin Solo, a rogue-ish smuggler who always wanted to make the Kessel Run in less than twelve parsecs but never had a fast-enough ship. Or Shepherd Solo, Han’s uncle who was always the black sheep of the Solo family. I could’ve accepted Aldenreich as either character, no prob.

4 Comments
Wind In The Wasteland

Los Angeles has been fairly balmy lately, but that doesn’t stop Tatyana from saying she’s “freezing” if the mercury drops below 60. She should try Howard Beach. Last night it was chilly and windy in the low-to-mid 40s, and it wasn’t much warmer this morning. It feels like Siberia. New York chilly is more arctic than Los Angeles chilly. The skies are gloomy gray here, and the half-wintry air whistles and blusters and blows your hair around, whereas in Los Angeles you mainly feel it in your bones. I’m glad I brought my heavy motorcycle jacket, the one with the bulky shoulders and elbow pads and that cool scrunchy sound. It makes me feel like Marlon Brando in The Wild One. 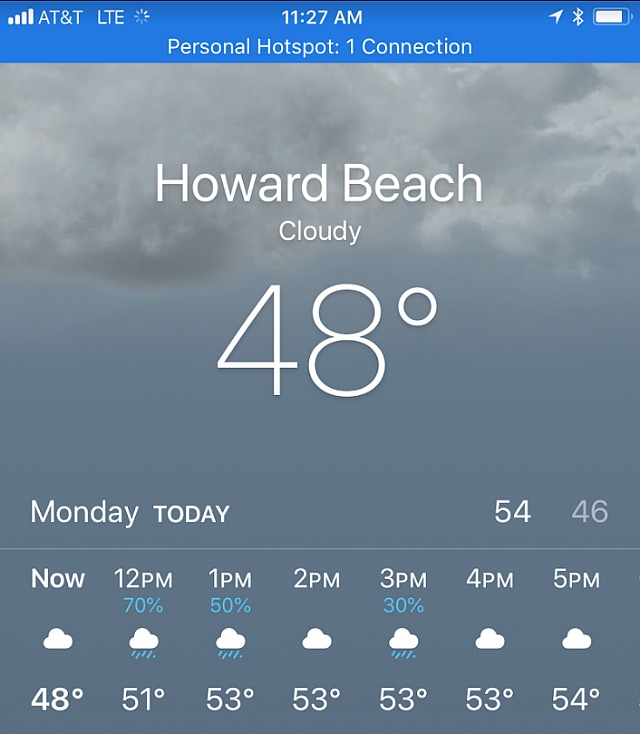 Four boomer women with money (actually three boomers and one from the “baby bust” generation) decide to try and rekindle their romantic lives after reading E.L. James‘ “Fifty Shades of Grey“, which (a) came out seven years ago and (b) is largely about sex by way of bondage and submission. Eros is the spice of life at any age, etc. Then again I’m recalling a story about an elderly frog who’s told by a wizard that with a wave of a magic wand he can be transformed into a young buck and fuck the prom queen, and the frog says “naaah, that’s okay, I’d rather read a book.” I know for sure that I don’t want to think about a present-tense Candice Bergen being trussed up like a turkey. The eligible boomer-age guys who come along are played by Andy García, Don Johnson, Richard Dreyfuss and Craig T. Nelson. I’ll take a pass, guys, but knock yourselves out.

My plane touched down at JFK fairly late last night. Rather than fork over the usual $250 for a no-big-deal Manhattan hotel room I decided to crash at the Surfside Motel — a “modest” establishment that smells like cigarettes in the main hallway, and with rooms that don’t even offer desks or table lamps — in Howard Beach, which is directly adjacent to the airport. The tab was only $115. I’m going to write a few minutes more and then get some breakfast at a local diner, and take the A train into town around noon. I’m loaded down with bags, of course. If there was a screening of interest I’d stick around, but I’m not aware of anything in that realm. I’ll probably just go right to Grand Central and train up to Connecticut. 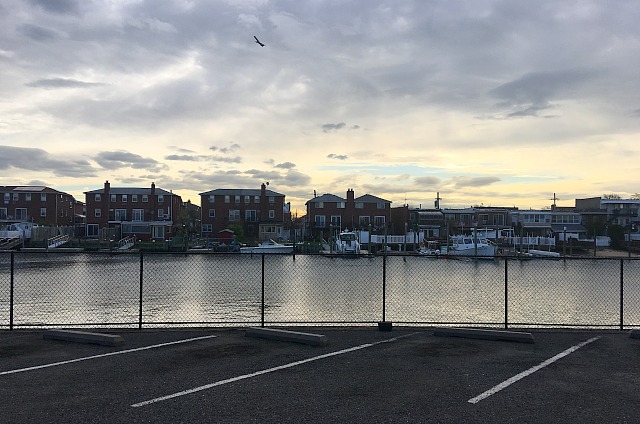 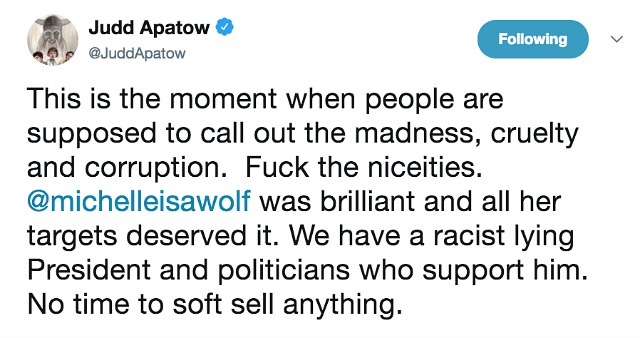 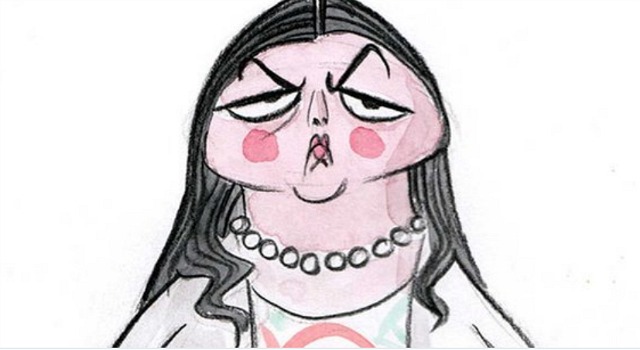