The first fashion mannequins appeared in France in the mid-19th century. Ethnic (i.e., non-caucasian) mannequins began appearing in the ’70s, I think, but they’ve all had the same slender physique since forever. Tonight, for the first time in my life, I saw a fat-guy mannequin in a store window. (A small shop on rue Gregoire du Tours, just off rue de Buci.) A sign of the times, I’d say. Clothing manufacturers and retailers have seemingly concluded that the corpulent-male market is sizable and growing, and are looking to reach out. Has anyone ever seen an overweight-woman mannequin? If so, where and when? 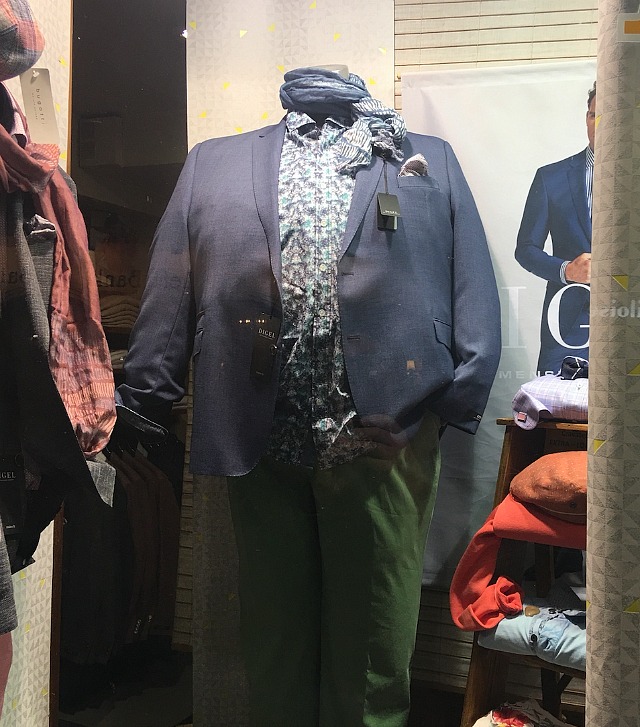 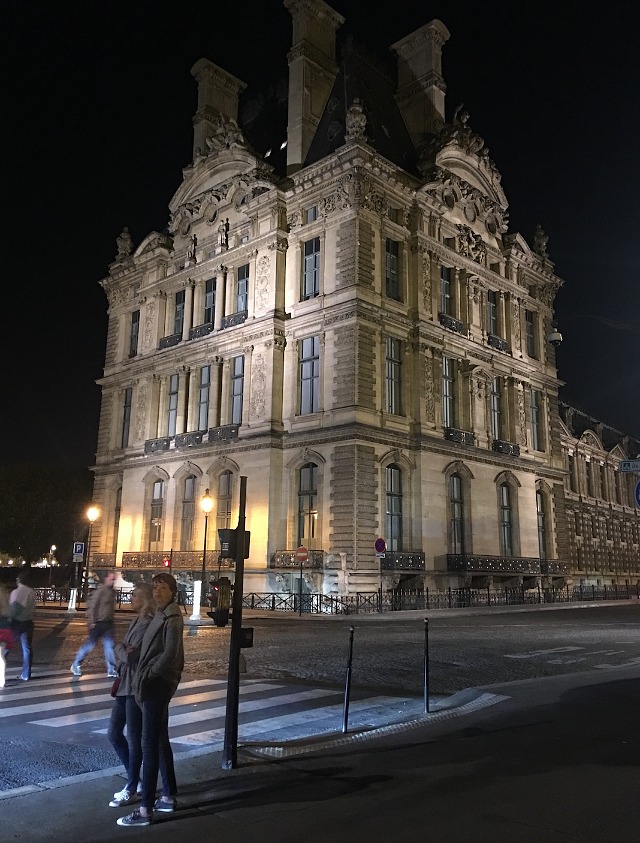 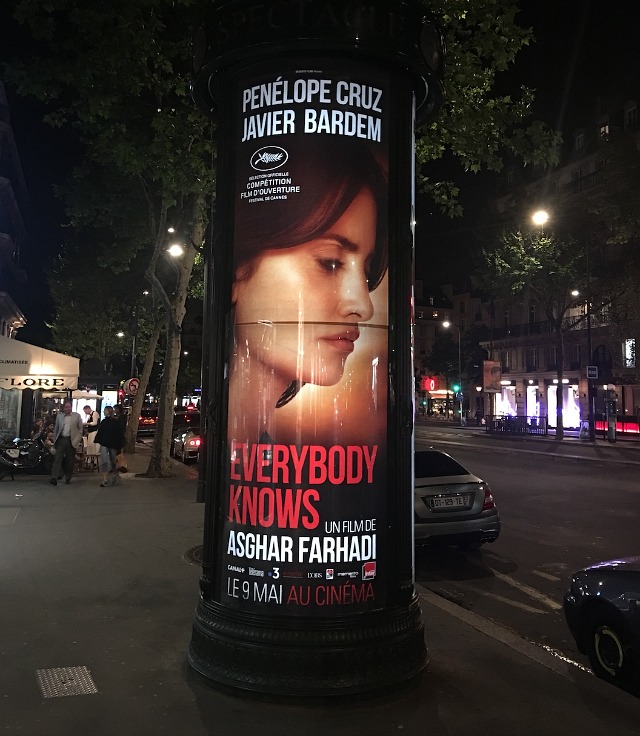 This morning the Guardian published a Rory Carroll piece about the fall of Johnny Depp. A couple of days ago Carroll asked for a thought or two. The question was “is Depp toast?” Rather than chat I emailed him two or three paragraphs. He included a portion of my remarks in the article but his Guardian editors removed them. Here they are:

“In my book Depp is not irrevocably toast because he could always change his ways (diet, sobriety, workout regimen). But right now he’s kinda toasty due to a combination of (a) that surly drunk video with Amber Heard, and (b) the fact that he simply no longer looks like Classic Depp.

“It sounds cruel to say this, but my first thought when I saw his new louche look was ‘Captain Jack has become Captain Fatass’. I only know that all of a sudden (what was it, 18 months or two years ago?), Depp was suddenly on the pudgy, semi-jowly side, which is what happens when drinkers hit their 50s. Since then he’s ditched some of the bulk but the initial image damage had already been done.

“If Depp had held onto that ripped and lean thing like, say, Ed Harris or Tom Cruise have, he’d be in a much better place. His superstar era would still be waning if not over — all things must pass — but he looks gone to seed, over-indulged, undisciplined. And this fights against that low-key, laid-back, jaded cool cat thing that worked in Depp’s favor for so long.” 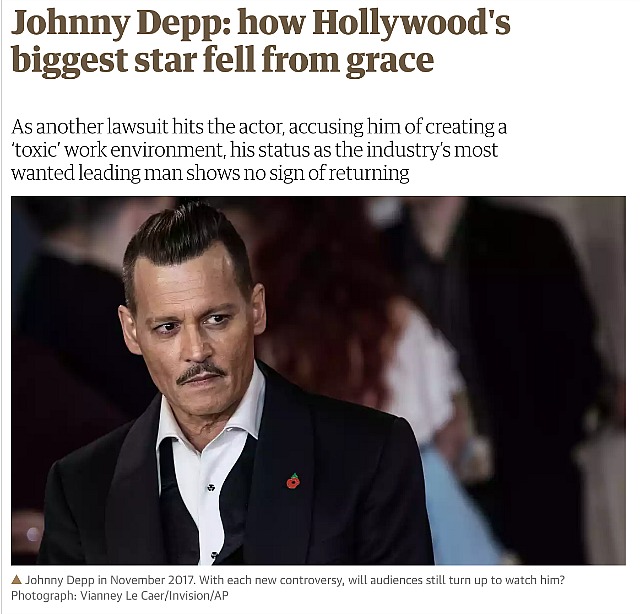 Watch Rachel Wiesz‘s expression as she listens to David Poland‘s questions. Somewhere between shocked and dumbfounded. As in: “I’m sorry but are you really asking me that?” Then she answers and goes into auto-pilot charm, all smiles and warmth and whatnot. Then Poland asks another and Weitz’s face goes booiinng. Don’t take my word for it — watch this for a minute or two.

3 Comments
While Sitting At My Desk

Right outside the window, flooding the whole neighborhood…

Soon after The Hollywood Reporter‘s Scott Feinberg called this an “interesting observation” as in “hmm, you might have a point there, Mason!”

HE response: “Interesting” how, Scott? Because these scenes reveal Polanski’s mindset or something? Repulsion is a meticulous, carefully observed, very measured portrait of a young woman (Catherine Deneuve) descending into madness. First, the scene in question is an IMAGINED assault on Deneuve’s part. Second, what makes it stand out is Polanski’s decision to erase natural sound and use only the sound of a ticking alarm clock and the ringing of a bell. Film school lesson #1: It’s not what you show but how you show it that distinguishes pulp from art.

Plus: Rosemary’s Baby author Ira Levin created the sex-with-Satan scene, not Polanski. There couldn’t be any ducking away from this because the whole story hinges on this coupling. Plus: Chinatown screenwriter Robert Towne created the incest link between Evelyn and Hollis Mulwray, except, as Evelyn confesses to Jake Gittes, the sex wasn’t “rape” but consensual.

Conclusion: Mason Daniel is a moron.

A year and a half ago Indiewire‘s David Ehrlich shrieked like a p.c. banshee when I tweeted to Jessica Chastain that an aspiring film critic not only needs to be talented, tenacious and willing to eat shit, but that it would “help” if he/she is “fetching.” Ehrlich was appalled that anyone would even suggest that an attractive appearance might have something to do with how you’re received in mixed company or by potential employers. I called him a delusional little bitch, of course, but last night Bill Maher reiterated the obvious:

“News flash: People just like the physically attractive better. Sorry. The taller candidate usually wins the election. Studies show that the better-looking person, all things being equal, usually gets the job. Even babies prefer to look at attractive faces.”

Jon Meacham, author of “The Soul of America: The Battle For Our Better Angels“: “You can get 34% of the country to say damn near anything. This is a battle about the 20% that either aren’t paying enough attention, who are beginning to be worried about the fact that Rudy Giuliani, after [having consumed] pretty clearly a liquid dinner the other night…the 20% who are accessible…[and] you can get [them]. Because we did it with women’s suffrage, we did it with civil rights, we did it ultimately with the union of the country, we did it with marriage equality.”

Bill Maher: “I don’t see [Trump] leaving under any condition. Including people knocking on the door with guns. He’ll be Scarface, he’ll be watching on the security camera…’say hello to my little friend!'”

How nice would it be to wake up one morning and learn @realDonaldTrump has just resigned? pic.twitter.com/JYIiJ2uIrK

I laid down for a short nap around 7:30 pm, and awoke at 1:30 am. I wrote and read for four hours, flopped again and woke around 2:30 pm. A brass band was playing nearby, up the staircase and about a block away, adjacent to rue d’Abbesses. It reminded me of the brass band funeral march at the beginning of The Godfather, Part II. I laid my Olympus on the window sill and hit “record”. A nice mood-setter as I prepared my first cup of coffee. (Note: The band doesn’t kick in until the 30-second mark.)