4 Comments
None Dare Call It Rest

I couldn’t sleep last night for fear of sleeping through the 5 am alarm. I have to hail an Uber at 6 am to be at Gare de Lyon in time for my 7:19 am train to Cannes. The anxiety levels were such that I couldn’t sink into it. After three hours of not quite nodding off, I gave up and rose at 4:30 am. Showered, finished packing, wrote a quick piece about Tully. It’s 5:30 am now. Paris-to-Cannes takes five and a quarter hours. My new concern is that I’ll fall asleep on the train three or four hours into the trip and doze right through the Cannes stop and wake up in Italy somewhere. I can set the iPhone alarm to ring three or four times before the 12:35 pm arrival, but I worry all the same.

Partly a pissed-off family sitcom and partly a tricky psychological drama, Jason Reitman‘s Tully is a decent-enough thing. I wasn’t head-over-heels when it ended, but before the last 15 minutes (which contains a surprise) I was mildly engaged. How did it play in HE land this weekend? The 88% Rotten Tomatoes score was encouraging, but the 74% audience score indicated that Joe and Jane Popcorn had issues.

It wound up with a mildly disappointing $3.18M from 1353 theatres, or a per-screen average of $2350. Will Tully triple that figure before petering out? You tell me.

I liked it more than New Yorker critic Anthony Lane did, but I agree with his final paragraph: “[Tully] all but collapses when Reitman engineers a final twist — the opposite of the twist in The Sixth Sense, say, which enriched everything that had come before. Here the whole saga is hollowed out and thinned.”

In my 1.26.18 Sundance review, I said that “the ending of Tully is interesting but not, I have to say, altogether satisfying. The plot strands don’t entirely mesh.

“Remember the old film-school lesson about how every story starts with an inciting incident, and how this incident should ideally arrive between page 25 and 30? Well, Tully doesn’t have a big inciting incident. Things just move along on a beat-by-beat, nudge-by-nudge basis. I was asking myself ‘is anything going to happen here or what?’ And then something finally does in Act Three.

“Still, Tully is a better film than Reitman’s disastrously received Labor Day and Men, Women & Children, so it’s an image-burnisher to some degree. But it’s on the slight side.

“Diablo Cody’s script is amusingly sharp and sardonic, and Charlize Theron’s portrayal of Marlo, a stressed suburban mom coping with pregnancy and child care, is her boldest since playing an alcoholic writer in Reitman and Cody’s Young Adult (’11) and her most Raging Bull-ish performance since Monster (’03). Her performance is angry, open-hearted, prickly, lived-in — an obvious awards-level thing.” 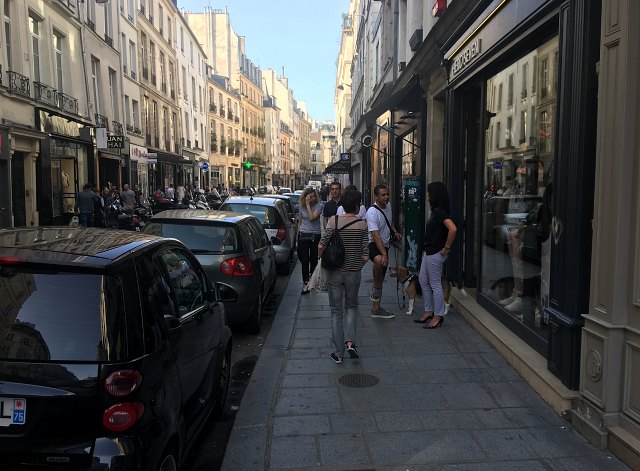 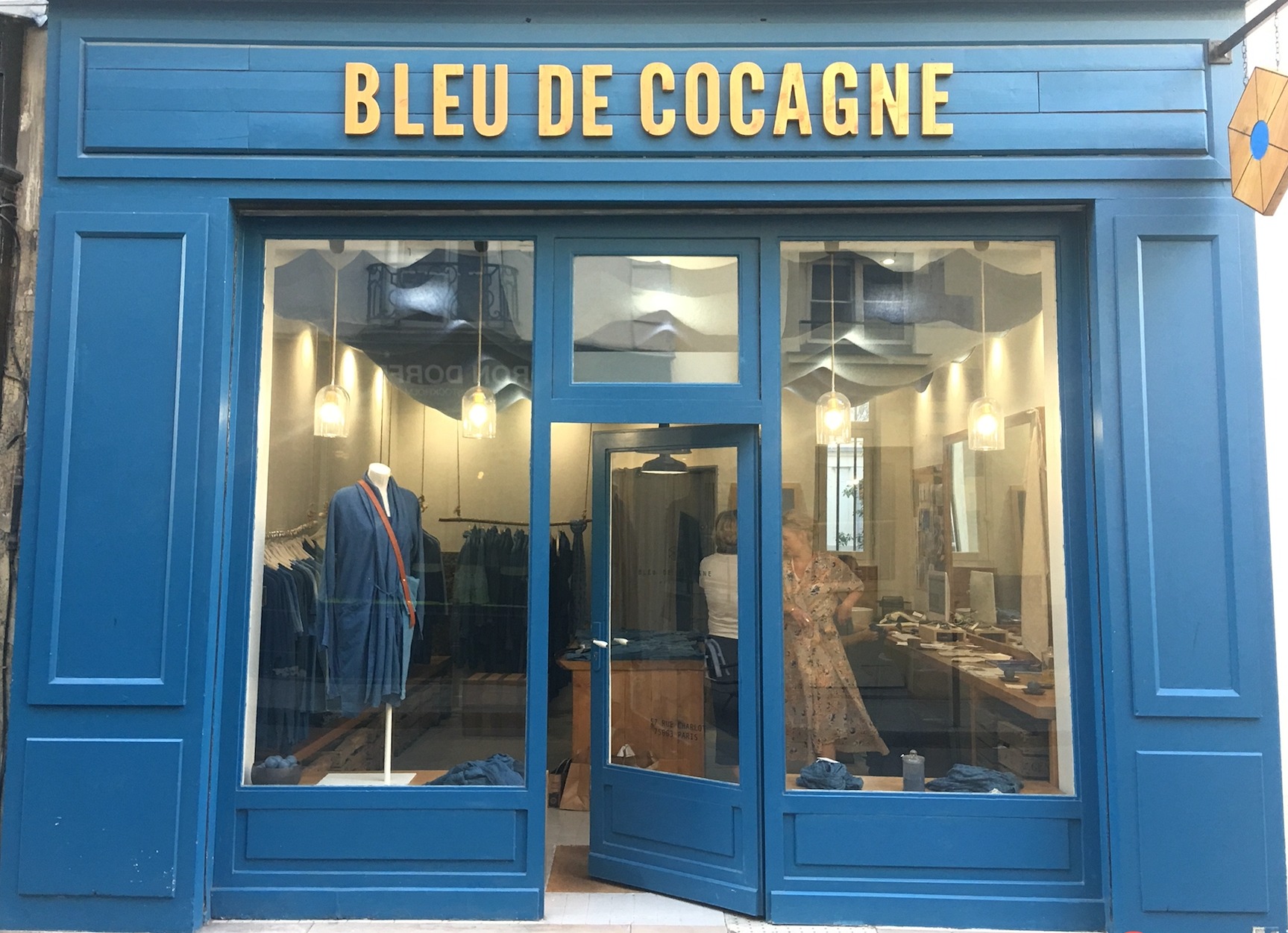 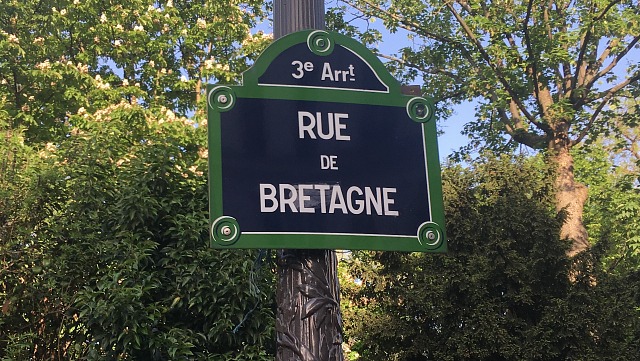 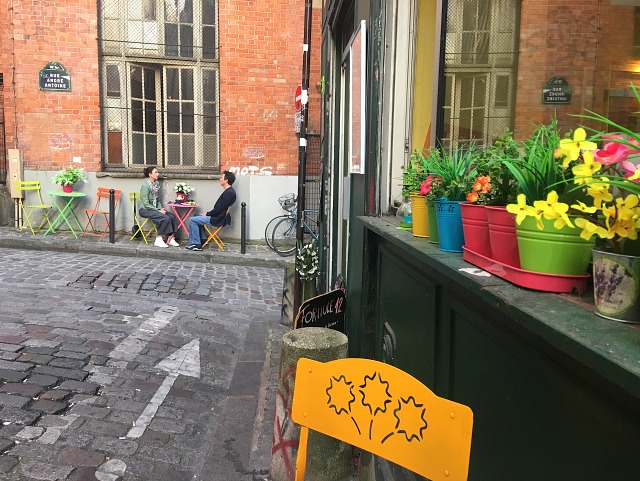 Rob W. King‘s Distorted (Mind’s Eye, 6.22) is a paranoid thing (obviously) that may be insubstantial. It’s certainly familiar. The general idea seems to be “beware of any kind of big schmoozy sell because there’s always a malevolent agenda.”

If, upon arriving at a new upscale apartment complex, some red-haired guy were to greet me with a repulsive salesman’s smile, open his arms in a well-practiced manner and say, “Welcome to 21st Century living, the ultimate in comfort and tranquility”…if that were to happen, I would say “thanks but no thanks”, that I’m a 20th Century guy who likes to keep things simple and familiar, and that I generally avoid any kind of “ultimate” experience of any kind.

Christina Ricci and John Cusack, fine, but I don’t like Brendan Fletcher, who plays Ricci’s husband. He’s too short, for one thing, and I don’t like his beard. His big previous credit was a supporting role in Alejandro G. Inarritu‘s The Revenant but I don’t remember his performance and I’ve seen that film three times.

Boilerplate: A 32-year-old woman (Ricci) suffering from bipolar disorder comes to suspect the proprietor of the state-of-the-art “smart apartment” she and her husband (Fletcher) just moved into is using the building’s residents as unwitting guinea pigs for a “synthetic telepathy” brainwashing plot with dire global ramifications.

I’ve only just watched Ronan Farrow‘s Loyola Marymount University commencement address. It was posted yesterday. He spends most of the speech talking about the intense trauma he went through as he worked on his big Harvey Weinstein expose, which was ultimately published by The New Yorker last October, and which resulted in the winning of a Pulitzer Prize gold medal for public service (shared with The New York Times). The story begins around the 3:30 mark.

The legendary Pierre Rissient, the French producer, publicist, super-cineaste and film-festival whisperer whose life was dissected and celebrated in Todd McCarthy‘s Pierre Rissient: Man of Cinema, has passed at age 81. I didn’t know him at all, but I knew he mattered a great deal to many people of consequence, and I’m very sorry.

I appreciate that few HE regulars will have much to say because the Rissient realm was very inside baseball. You were on to him (via McCarthy’s 2007 doc or personal experience) or you weren’t.

So far I can’t find any way to stream Man of Cinema…irksome.

Rissient’s death was announced by director Bertrand Tavernier via twitter: “Pierre Rissient died last night. His wife Yung Hee asked me to let you know this, and, thinking of her, it is with infinite sadness that I write this message. Pierre was a great human being and an total cinephile. We will miss him.”

36 Comments
Either You Get It Or You Don’t

Eight years ago I posted about an unfortunate decision by Universal Home Video to present a Psycho Bluray in 1.85 rather than 1.37. It actually would’ve been great if Universal had decided to present Alfred Hitchcock’s 1960 film in both aspect ratios a la Criterion’s On The Waterfont Bluray.

Hitch composed in 1.37 to protect the film for TV airings, but also because 1.37 compositions were perfectly balanced and added to the general intrigue for the extra detail. I ran several comparison shots that showed the differences.

The ’50s and early ’60s were transitional times with many suburban and rural theatres continuing to present films within 1.37 and 1.66 aperture plates, despite 1.85 fascists insisting that the 1.37 to 1.85 changeover was absolute and unequivocal beginning in April 1953. Boxy is beautiful, and it will never stop being so.

The recently released Twilight Time and Indicator Blurays of Joseph L. Mankiewicz‘s Suddenly Last Summer (’59) are another case in point. It was shot a year before Psycho, and the same dual framing aesthetic applies. Both versions crop Jack Hildyard‘s images down to 1.85, even though the 1.37 framings deliver a great sense of compositional balance, wholeness and breathing room. 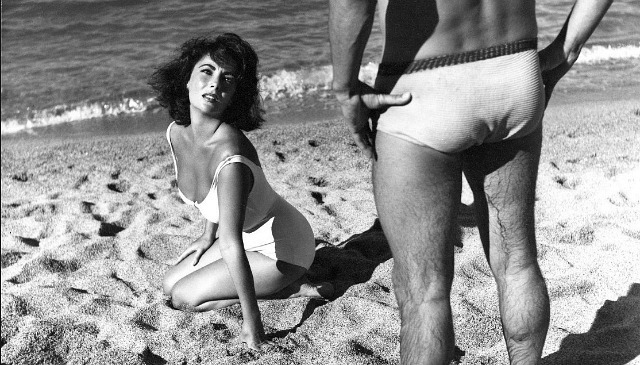 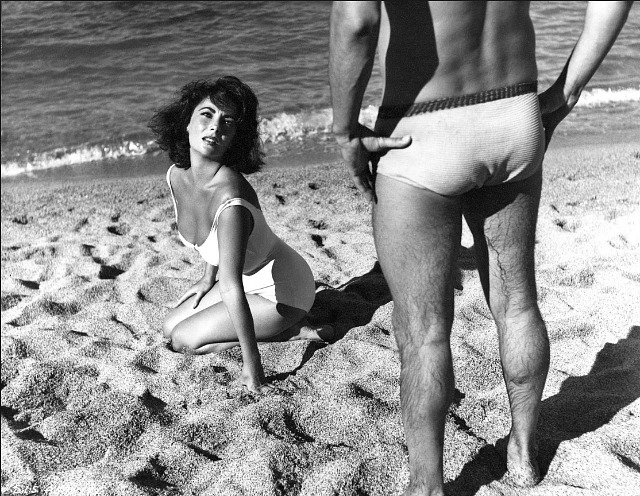 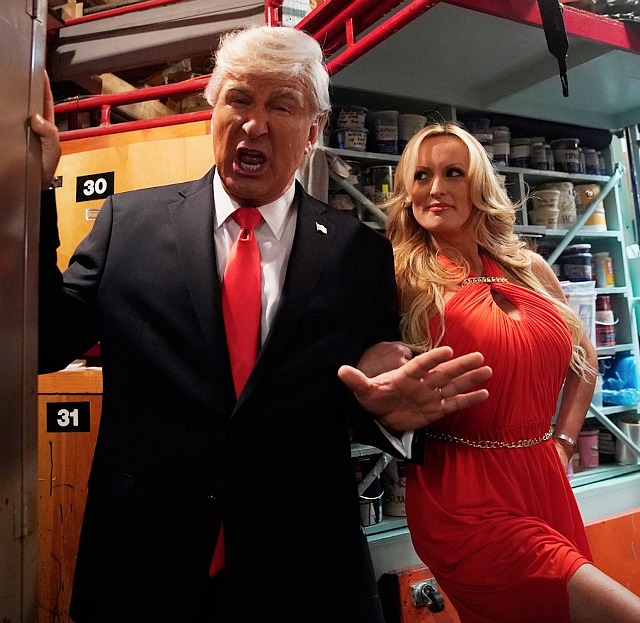