I’ve just come out of an opening-night Cannes Film Festival screening (not the big whoop-dee-doo one in the Grand Lumiere but a concurrent press screening in the Salle Debussy) of Asghar Farhadi‘s Everybody Knows. It’s not a bust but by Farhadi’s lofty standards it’s something of a shortfaller, particularly due to how the third act unfolds.

But it’s still a Farhadi film, and that always means a character-rich, complexly plotted, proceeding-at-its-own-pace family-community drama — smartly written, always well acted — in which deeper and deeper layers of the onion are gradually peeled until the truth comes out.

Set in rural Spain, it’s about the sudden disappearance of a character but it’s not an About Elly-level thing. At all. It’s actually about a kidnapping but that’s all I’m going to divulge. But Everybody Knows follows the Farhadi form by focusing on a large community of family members, friends, co-workers (i.e., a wine farm) and whatnot, and everyone, we soon realize, knows everyone else’s secrets. Well, most of them. And by the end, everything comes out in the wash.

But the story and especially the ending don’t echo all that much in a social-fabric or social-portraiture sense. All you get from it is “people are more selfish and prideful and less compassionate than they let on,” but you knew that going in. It tells a tale about some bad business, and it stays on that level to the end. It doesn’t expand or begin to play a bigger game.

When the closing credits began to roll only five or six people clapped, and half-heartedly at that.

Something is wrong when a portion of an audience laughs at a plot revelation, which happened tonight during the third act or around 100 minutes in. There’s nothing clumsy or attitudinally funny about the “new information”, so to speak, but several journalists inside the Salle Debussy guffawed rather loudly when Penelope Cruz said a particular line.

I almost turned around and sneered because the revelation is something that’s built into the buried-family-secrets plot — you can smell it coming a mile away. Why 10 or 15 journos chortled out loud is beyond me. It’s an awkward moment dramatically, I’ll admit, but it’s not a crazy thing to throw into a drama of this sort. It’s like a third-act “surprise” out of a gothic romance novel, but it fits right into the fabric and scheme of the story.

Having heard over the last couple of days that Everybody Knows underwhelms or is some kind of “meh” thing, I went in expecting a problem movie or even one that goes thud. But it’s not that bad and is actually pretty good all the way through until the last 15 or 20. I would even say first-rate for the most part, but it does get into trouble in the third act. 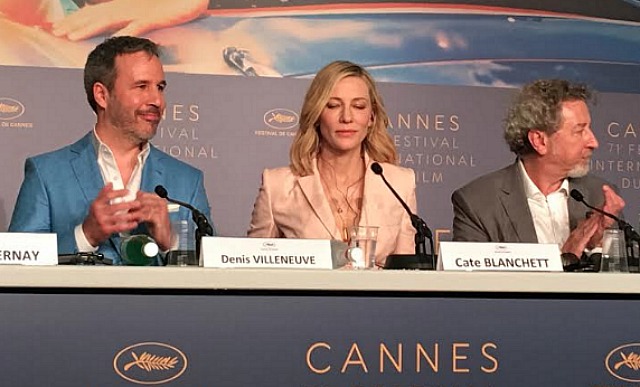 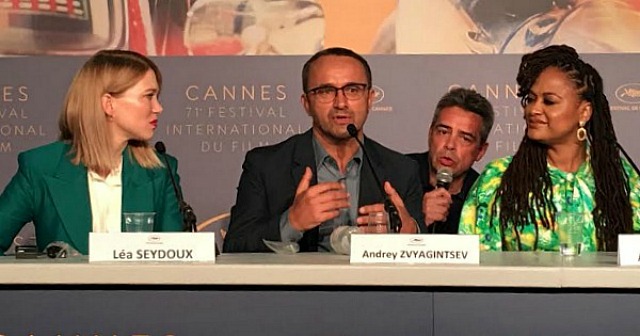 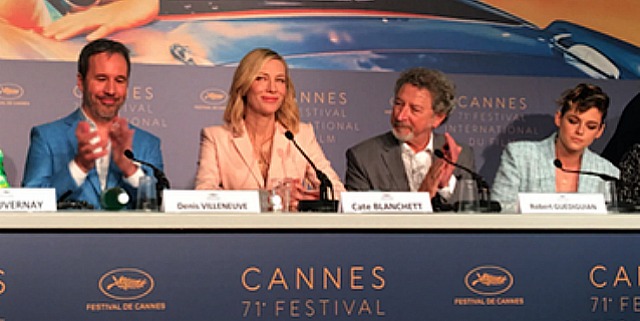 The Kilauea volcanic eruptions are obviously sad and devastating, but at the same time I understand why people on the Big Island of Hawaii, particularly those near Leilani estates on the eastern slope, might want to ogle the destruction. A fascinating, relatively rare phenomenon. On the other hand the lava seems to move about as fast as a turtle, if that, so it’s hard to relate in terms of disaster-movie similarities.

Almost all the volcano movies — Dante’s Peak, Volcano, The Devil at 4 O’Clock, Irwin Allen‘s When Time Ran Out, the 1935 version of The Last Days of Pompeii — have at least slightly exaggerated the speed at which lava flows. And few have dealt with the the threat of sulfur dioxide gas, or so I recall.

At the risk of sounding facile, which volcano movie has delivered the most realistic depiction of how lava actually looks and behaves, based on what we’ve seen over the past two or three days?