“Seizer of Days,” posted from Park City on 1.19.18: “I’ve just come from a screening of Marina Zenovich‘s Robin Williams: Come Inside My Mind. I was presuming it would be a sad, moving experience going in, and Zenovich hasn’t disappointed. Her film is simple, touching, direct — not a softball portrait that avoids the pitfalls and dark places, but a very comprehensive story of a fascinating whirling dervish and comic firecracker for whom the bell tolled.

The release date of Richard Linklater‘s Where’d You Go, Bernadette, an adaptation of Maria Semple‘s 2013 same-titled novel, has been bumped again. The Annapurna release was initially slated to open on 5.11.18, then it was pushed back to 10.19.18 — now it’s been shifted to 3.22.19. A domestic drama of rage and neuroses, pic costars Cate Blanchett, Billy Crudup, Emma Nelson, Kristen Wiig, Judy Greer and Laurence Fishburne. 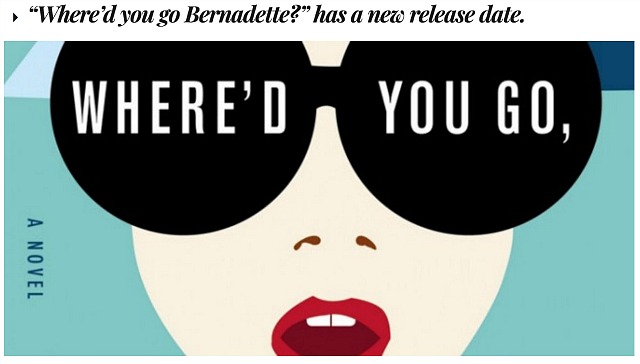 Contained in the just-received 6.7.18 edition of Richard Rushfield‘s The Ankler: 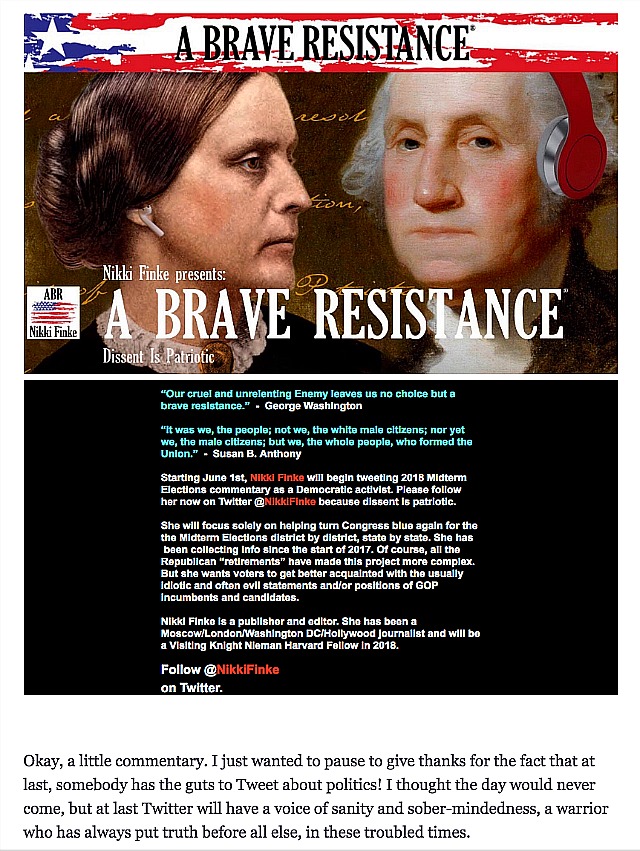 Seven months ago Quentin Tarantino told Indiewire‘s Anne Thompson that Once Upon A Time in Hollywood, which may start shooting in Los Angeles sometime this month, would be more about hippy-dippy 1969 Los Angeles than the Tate/LaBianca murders by the Manson family. Exact quote: “It’s not Manson, it’s 1969.”

Maybe so, but the latest announcement of casting and characters for Once Upon A Time in Hollywood sure as hell overlaps with the August 8th murders at Roman Polanski and Sharon Tate’s home at 10050 Cielo Drive.

Damian Lewis is playing Steve McQueen, who was invited to drop by the Polanski/Tate home that evening but at the last minute decided to hang with a girl he’d just met.

Emile Hirsch is playing hairstylist Jay Sebring, who was one of the Cielo Drive victims along with coffee heiress Abigail Folger, Folger’s boyfriend Voytek Frykowski and an 18 year-old named Steven Parent.

Dakota Fanning is playing Lynette “Squeaky” Fromme, a Manson family member who wasn’t at the Polanski/Tate home that evening but attempted to murder President Gerald Ford on 9.5.75.

Tate will be played by Margot Robbie, and Burt Reynolds will reportedly play George Spahn, the weathered owner of the Spahn Movie Ranch who allowed the Manson family to live on the ranch in the weeks and months before the August ’69 killings.

I’m posting this out of boredom. My tank feels empty now. That review of Ocean’s 8 took it out of me. Plus I have stuff to do this afternoon.

Allow me to start my own conversation about same, and to begin by noting that far too many screenwriters are convinced that third-act twists are essential components for a strong commercial script. What they’ve become, in fact, is a kind of pestilence. The third-act switcheroos on the parts of Woody Harrelson and Emilia Clarke‘s characters in Solo (i.e., “You thought I was an ally but I’m not”) are but one example. That bullshit twist in Adrift is another.

People also need to understand the difference between a twist and a striking third-act plot development. Revealing that the young Charles Foster Kane‘s sled was called “Rosebud” is not a twist — it’s simply a revelation. Ditto Kevin Spacey telling Brad Pitt and Morgan Freeman that he visited Pitt’s wife, Tracy, and cut off her head and then sent it special delivery in a box. That’s not a twist — that’s a stunning macabre occurence.

I purposely didn’t read a slew of Ocean’s 8 (Warner Bros., 6.8) reviews before seeing it Wednesday night. (All the way out in Burbank, by the way.) I wanted to just go in clean and ready for whatever. And honestly? It doesn’t deliver much but it’s not that bad.

This being a chick flick of sorts, I was afraid (and I know how sexist this sounds) that it might lean too much on emotional content. Hugging, crying, hurting…that line of country. But to my profound surprise it doesn’t get into emotional stuff at all. It’s like “emotion who?” It deals almost nothing but dry, droll, mid-tempo cards. And I kind of liked that. Was I knocked out? No, but I felt oddly placated.

The strongest emotional current in Ocean’s 8 is one of revenge on the part of Sandra Bullock‘s Debbie Ocean, a great-looking, zero-drama 40something with an almost icy composure. The revenge is directed at a former male colleague who did an uncool thing, resulting in considerable discomfort for Debbie, and so he must be paid back. But beyond this issue, Ocean’s 8 is almost purely a technical or logistical exercise film.

That wasn’t a typo about Bullock having six partners for a total of seven. They only become a crew of eight in the third act, and that’s after the job has already been pulled.

Director and co-writer Gary Ross, co-scenarist Olivia Milch and producer Steven Soderbergh knew exactly what they wanted to do, which was to stay on a mellow and even keel. And so Ocean’s 8 just glides along in second or third gear for the most part. Nothing crazy happens, and certainly nothing dark or startling (like, for example, a 2018 equivalent of Richard Conte dying of a heart attack on the Las Vegas strip in the original 1960 Ocean’s 11) or ominous or even a bit sad. It doesn’t get into drama at all. Start to finish, the whole thing is cool, calm and collected. It’s not even that complex or tangled. You can actually follow what’s going on.