You can tell right away that Mahershala Ali is going to be extra good in this. His character, Don Shirley, reminds me of James Baldwin. Viggo Mortensen‘s Tony Lip feels a little broad, maybe a little too predictably Sopranos-like, but Mortensen is too good of an actor to rely on stock cliches. Select Manhattan journos got an early looksee at Green Book this evening; presumably the same access is being offered in Los Angeles as we speak. I have a very good feeling about this.

HE’s Google-powered search engine has always worked well enough, but maybe I need to upgrade it or something. Because it’s a little bit stupid.

Last night I searched for my review of Susanna Nicchiarelli‘s Nico, 1988, which is currently playing at the Film Forum. (Here it is.) I’ve found that the engine works better if you use just one term, so I typed in “Nico”. The first thing it found were articles mentioning Nicolas Roeg (brilliant) and then Nicole Kidman (get the pattern?), Nicolas Cage, Nicole Holofcener, etc.. Then it finally explored articles mentioning the Teutonic blonde who sang with the Velvet Underground. You’d think that the search term “Nico” would bring up Nico articles first and then pieces on Roeg, Kidman and Cage, but no.

I had to focus on some non-column stuff today. Happens every so often. I try to never miss a day, etc.

12 Comments
All Due Respect

There is no more impassioned fan of Alfonso Cuaron than myself, but this new Roma poster doesn’t make it. A couple of kids sharing an afternoon moment, and way back when Alfonso was one of those kids…I get it. This is going to sound stupidly on-the-nose, but the poster isn’t trying hard enough. Too sleepy, too laid back. All I know (and please don’t take this the wrong way) is that I glanced at it an hour ago and said to myself, “Nope, too passive.” I was there once, nine or ten years old, lost in a comic book, dreaming my life away. But when it comes to anticipating a hotshot award-season film by way of a single image, I want more. HE is totally on Team Alfonso, but I have to be honest here. I doubt if I’m alone on this. 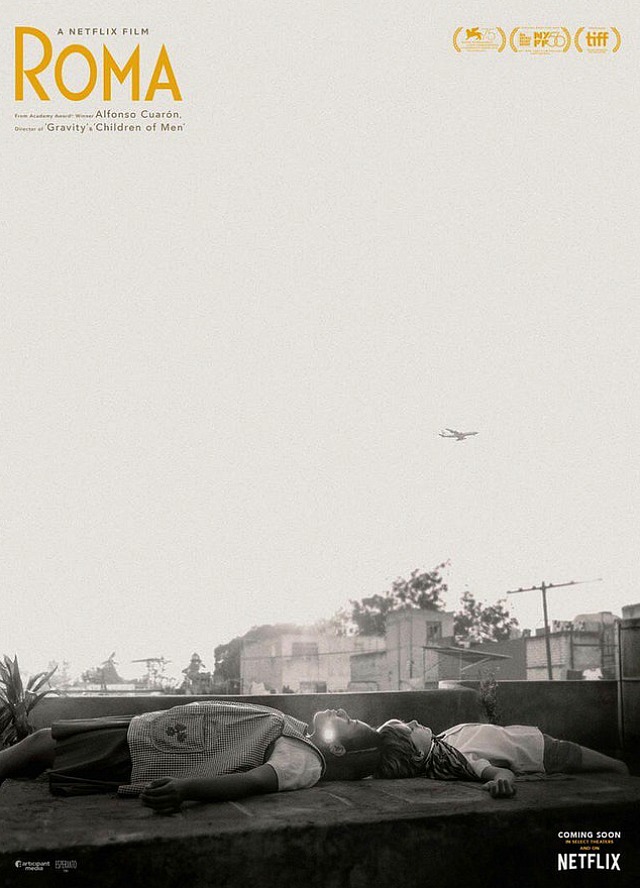