In the wake of Criterion’s garishly tealed-up Midnight Cowboy and Bull Durham Blurays, the teal monster has re-appeared in Criterion’s forthcoming Bluray of Brian DePalma‘s Sisters (’73). Or it has, at least, according to frame captures posted by DVD Beaver’s Gary. W Tooze. 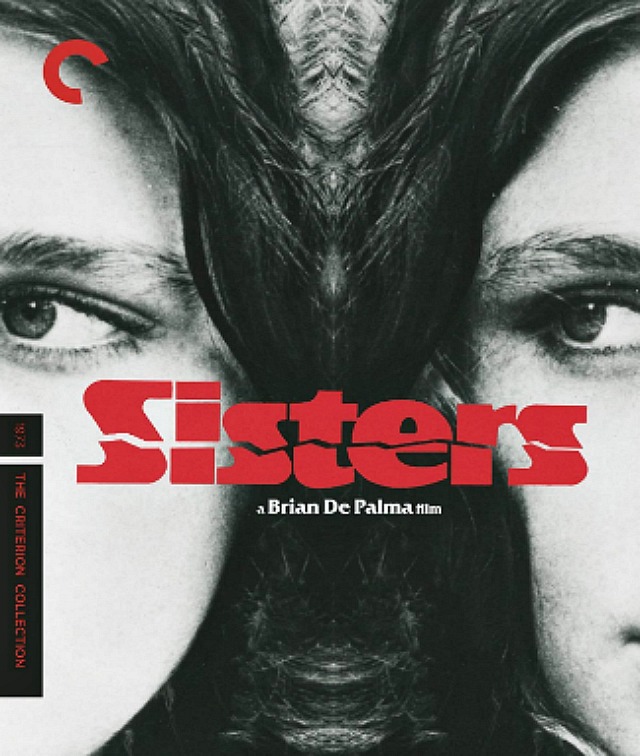 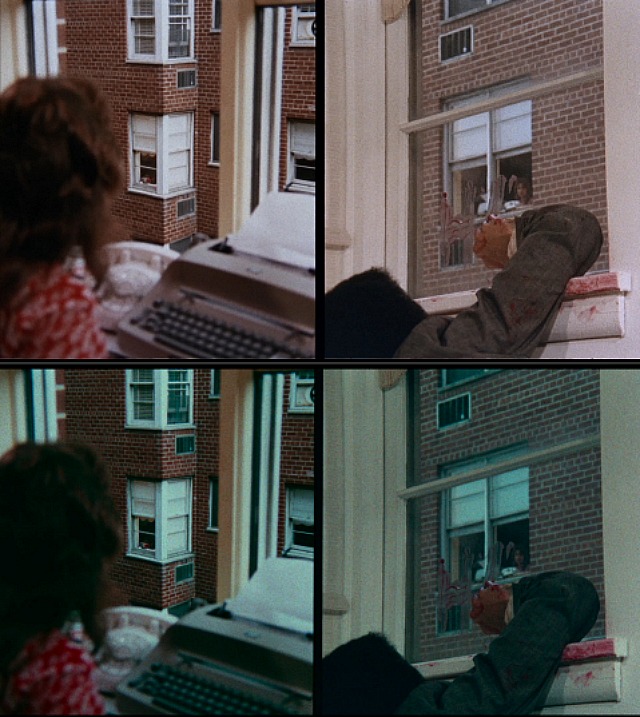 Hollywood Elsewhere also totally agrees with Virginia Postrel’s additionally brilliant suggestion for a Best Hindsight Oscar for the Best Picture from 25 years ago.

“Nominees would be selected through the same process as the current year’s Best Picture nominees but from the earlier year’s offerings,” Postrel explains. “To keep already-confusing dates consistent, the award would count back from the year whose films are being honored — say, 2018 — rather than the year of the ceremony.”

If, in other words, the Academy was to hand out a Best Hindsight Oscar next February, the applicable year (a quarter century prior to 2018) would be 1993…right? Academy voters who therefore re-consider the best films of that year (Groundhog Day, Jurassic Park, True Romance, Philadelphia, Schindler’s List, The Firm, The Age of Innocence, In The Line of Fire, Falling Down, A Perfect World, A Bronx Tale, In The Name of the Father) and vote for their favorite.

Three or four days ago Bloomberg’s Virginia Postrel re-posted a solution to the Best Picture Oscar problem (tickets buyers preferring mass appeal or FX-driven popcorn flicks, Academy members preferring to honor movies that are actually good in some kind of profound, refined or zeitgeist-reflecting way) that I think makes a lot of sense.

The short-lived Best Achievement in Popular Film Oscar idea died because (a) it was too vaguely defined and (b) it would have essentially denigrated the potential contenders in this category by categorizing them as popular but a bit slovenly — i.e., lower on the cultural totem pole than bona fide Best Picture nominees.

This is it! This really and truly solves the problem, and nobody (not even Kris Tapley, Mark Harris or Jeff Sneider) could possibly argue against it. Attention John Bailey, Dawn Hudson and all the ships at sea — this double-Oscar solution will boost Oscar telecast ratings, save the Oscar brand and make everyone completely happy in a fair, even-steven way.

Now watch the Academy dither and delay and probably never act upon it. But I’m telling you straight and true that this is the answer on a silver effing platter.

In Postrel’s words: “[The solution would be to] emulate journalism awards that divide publications by circulation: Divide the Best Picture awards into two categories, best picture (under 10 million tickets sold) and best picture (10 million tickets or more). Just as publications with wildly different circulations operate under different constraints, so do movies aimed at different-sized audiences.

“Rather than stigmatizing one or both categories, this division would treat them as equally valid, just as the Oscars do with short versus standard-length films. Adding a December 31st cutoff date for counting tickets would encourage less crowding of Oscar-worthy pictures in the waning weeks of the year.

“Ten million tickets puts a movie in about the top 40 for the year, a large-enough universe to offer diversity in both genre and artistic ambition. For 2017, nominees might have included Baby Driver, Blade Runner 2049, Coco, Dunkirk, Get Out, Girls Trip, It, Logan, Wonder and Wonder Woman.”

Final Postrel commentary: “The Academy Awards have two purposes. One is to let industry insiders honor their peers and congratulate themselves for jobs well done. But their more important goal is to get the general public to appreciate and patronize the movies — and thereby to keep the insiders in business.

“In that pursuit, the Oscars need to find ways to recognize that popular taste isn’t always bad. You don’t win fans by insulting your audience. And many popular movies are actually excellent, even if it takes hindsight to realize their merits.”