Support on Patreon Follow @wellshwood
5 Comments
The Soup Is Hot, The Soup Is Cold

A few hours ago President Trump announced that he’d changed his mind about the scope of the FBI investigation into numerous charges about Brett “animal” Kavanaugh‘s allegedly grotesque behavior with women. He appears to be at odds with White House staffers on this issue. NBC reported earlier today that “while the FBI will examine the allegations of Christine Blasey Ford and Deborah Ramirez, the bureau has not been permitted to investigate the claims of Julie Swetnick…a White House official confirmed that Swetnick’s claims will not be pursued as part of the reopened background investigation into Kavanaugh.” — posted by NBC News around 3 pm. 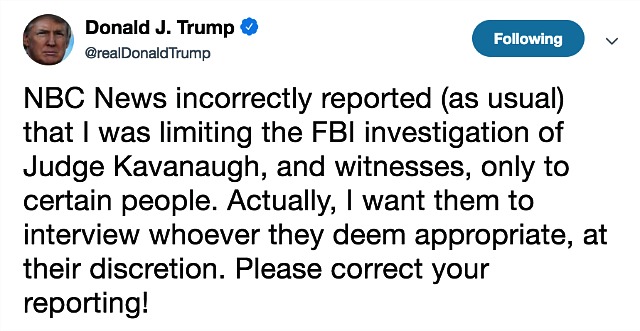 Peter Jackson’s They Shall Not Grow Old is an apparently impressive attempt to make World War I-era footage look as real and alive as possible — colorized, converted to 3D, “transformed with modern production techniques,” etc. Pic will have its world premiere at the BFI London Film Festival on Tuesday, 10.16. Apparently a U.K.-only cinema release. I’m presuming it’ll eventually screen or stream stateside. I’m a fool for this kind of thing.

I saw Morgan Neville‘s They’ll Love Me When I’m Dead today at Alice Tully Hall, under the auspices of the 56th New York Film Festival. It’s about Orson Welles‘ twilight years and particularly the making of The Other Side Of The Wind, which I saw and panned a week ago.

And the truth is that Neville’s 98-minute doc is far, far superior to Welles’ doleful, splotchy, scatter-gun talkathon, which runs 122 minutes. You’ll probably feel good and fulfilled after seeing Dead, and you’ll most likely feel like bees are buzzing around your brain after seeing Wind.

I’m sorry but Welles’ film is a chore and a headache to sit through while Dead is a cruise and a breeze — a movie about laughter, adventure, having fun, passing the time with wine and bear-hugs and film-talk bullshit and generally loving the ride and the cigars and being fat as a cow.

When creative inspiration departs and you’re left high and dry, you might as well enjoy yourself…right?

The word since Telluride had been “see Dead before Wind…it’ll make Welles’ film seem more fulfilling.” The word right now is “you can see Wind if you want but you almost don’t have to…Dead covers a lot of the same material and is more diverting and nutritious.”

I’m not advising a Wind bypass, but you don’t need to fret too much if you wait a few weeks before seeing it.

Neville knew exactly what he was doing when he cut Dead together while Welles’ completists (i.e., the guys who struggled to assemble and complete Wind as Welles would have wanted) were cobbling footage and to some extent grabbing at straws.

And both films cover a lot of similar turf — Welles’ largeness of spirit, his directorial legend, an examination of his dissipated career, a community of friends and colleagues trying to make sense of it all, etc.

There’s no question about it — They’ll Love Me When I’m Dead is an essential sit while Welles’ film…well, you should probably see it but don’t expect to find much enjoyment. I’m sorry but it’s mostly a head-scratcher, a spotty drag. 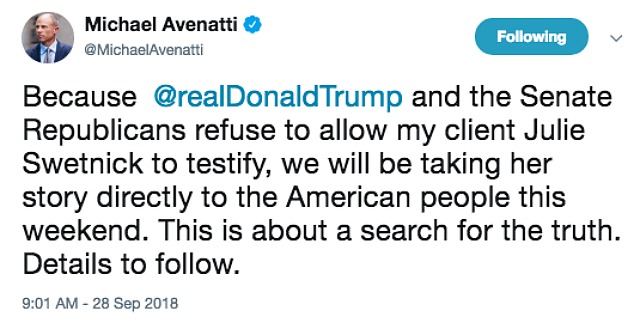 Early last summer I hired a Los Angeles-based guy to construct the HE-plus paywall. He knows his stuff and is quite thorough and exacting, but he has, in my view, a problem. A significant one, I mean.

He occasionally won’t respond if I reach out with an issue or a question. Sometimes he’ll get back right away, and at other times he’ll observe total radio silence — not a peep, not a word — for two, three or four days, or even longer. He went totally silent on me for over two weeks last month. Not “hey, man, I’m backed up but I’ll get back to you as soon as I’m clear”…nothing like that. He vaporizes when he’s in the wrong kind of mood, and then, when he shifts into engagement mode, he’ll respond.

In short, he’s technically knowledgable but infuriating to deal with.

A few days ago things finally boiled over. I conveyed my frustration to Mr. Dick, and he conveyed similar feelings. (I’m too pushy, he said.) We exchanged more words, and he basically said “I’m done…you’re too hard to deal with.” Took the words right out of my mouth!

But we were technically still communicating two or three weeks ago, which is when I asked this fascinating fellow to help me turn off the paywall mechanism in the right way so HE-plus could be a free site for a few weeks. He didn’t respond. I asked again the next day — nothing. A third time…zip. So I asked Sasha if she could possibly figure it out, and, being smart and resourceful, she did. The paywall protocol was turned off and I launched HE-plus a day or two later. Great.

But yesterday a guy wrote to say he tried to sign up for a year ($49), but that the system wasn’t working and/or was jerking him around. Thank God this hasn’t happened with others, but I figured if one guy is experiencing problems someone else may be also.

So I reached out once again to Mr. Dick because I didn’t know who else to turn to, and for some inexplicable reason he responded this time. He told me that the reason the payment system isn’t working at 100% capacity is that “someone turned off the paywall” a week or so ago, but that it hadn’t been done properly and that’s why this or that person might be experiencing problems. I asked if he could fix the problem as a kind of paid farewell gesture, but he went back to radio silence again. I then asked if he could please refer me to someone he might know who understands paywall protocol. Again, nothing.

So in the midst of everything else I have to cover on a daily basis, Mr. Dick is now forcing me to conduct a brand-new, start-from-scratch search for a WordPress paywall technician. Right in the middle of a public process that isn’t working as it should, and all because he’s been refusing to conduct his business in the manner of any run-of-the-mill professional. What a great guy!

If anyone reading this knows anyone with any expertise in WordPress paywall maintenance, please get in touch. Thank you.