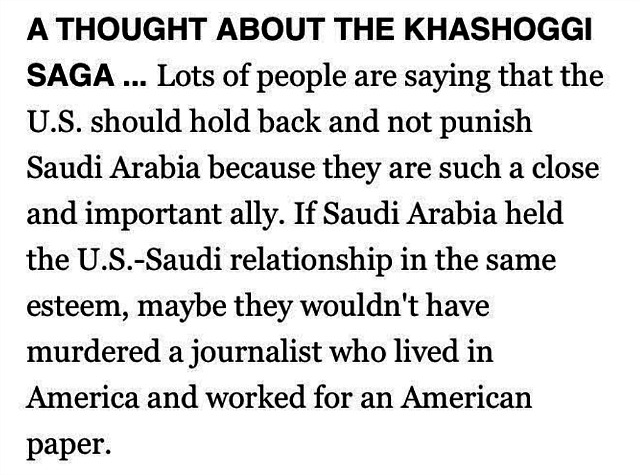 To go by Peter Avellino’s Twitter feed, Quentin Tarantino‘s Once Upon A Time in Hollywood has returned to Hollywood Blvd. 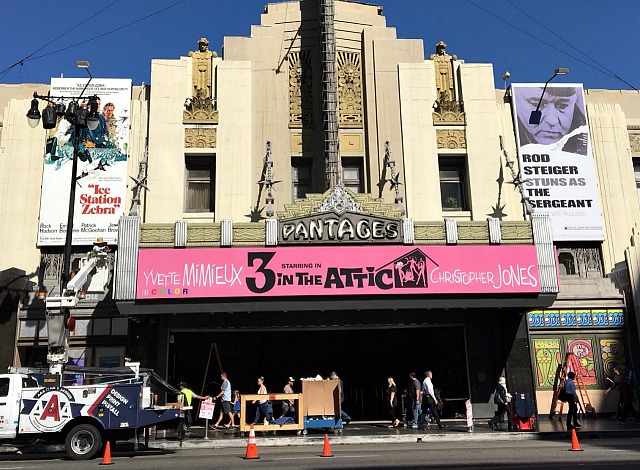 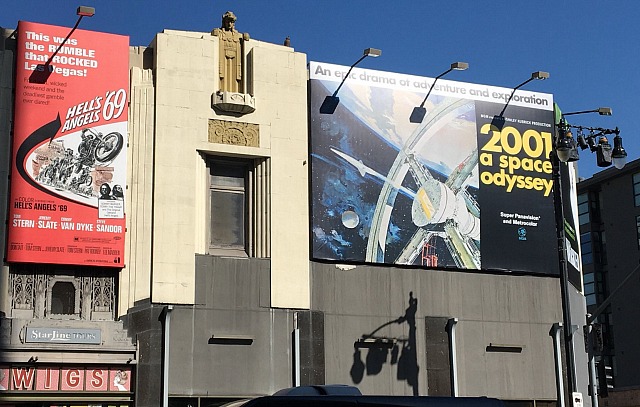 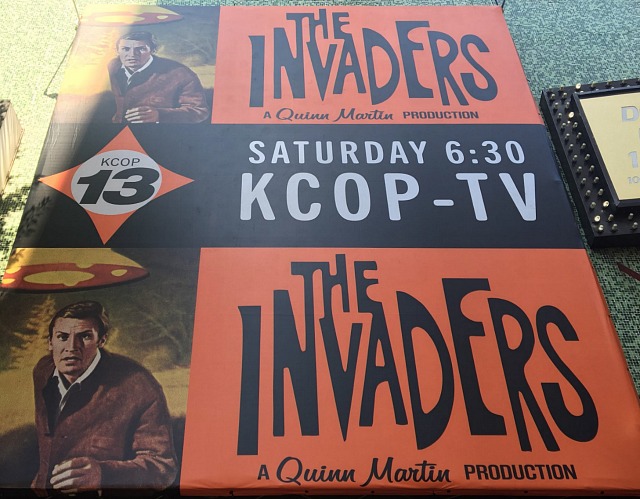 Excerpts from my 9.1.18 Telluride review of Karyn Kusama‘s Destroyer: “I’ve been in and out on director Karyn Kusama — loved Girlfight, hated Aeon Flux, loathed Jennifer’s Body but found The Invitation a truly fascinating creepout. And now Destroyer.

“This is a complex L.A. crime tale about Erin Bell (Nicole Kidman), a wasted, walking-dead Los Angeles detective trying to settle some bad business and save her daughter from a life of crime and misery. It unfolds through a complex, pain-in-the-ass flashback structure, and is punctuated by all kinds of nihilistic, hard-boiled behavior by the mostly criminal flotsam characters.

“Destroyer is mostly about the way Kidman looks, like a combination vampire-zombie with dark eye bags and a complexion that suggests a heroin habit mixed with twice-daily injections of embalming fluid. Plus a Desolation Row, gray-streaked hair style. It’s also about the whispery way in which she speaks. I swear to God I missed over half of her dialogue.

The dream of bountiful 4K libraries in all genres being offered by the major streamers still isn’t happening. Have the majors thrown in the 4K towel? I checked Amazon’s 4K streaming library this morning and found only 166 titles. What the hell are they waiting for?

Until today I’d honestly never seen this SNL skit before. Aired on 5.29.76 — three and a half years before the 12.7.79 debut of Robert Wise‘s Star Trek: The Motion Picture. Don’t SNL skits run about four or five minutes these days?

Obama: “Remember those hearings when members of Congress were asking Mark Zuckerberg questions, like they’d never used the internet before? That’s because they haven’t. Here’s your chance to vote for people who actually know what the internet is. And by the way, you wouldn’t let your grandparents pick you a playlist. Why would you let them pick your representative who’s going to determine your future?”

Millennials No-Accounts: “Okay, whatever…pass the Fritos, bruh. I have to work on my pot belly.”

I was reading A.O. Scott’s 10.16 review of Marielle Heller‘s Can You Ever Forgive Me?, which opened Friday, and suddenly came upon a great little time-machine revery.

I loved John Carpenter‘s original Halloween (’78) but I won’t even see David Gordon Green‘s just-opened rehash, which has earned $77.5 million — the second biggest October haul of all time and only $3 million less than what Venom earned a week or two ago.

I spit on the sensibility of those lowlifes who adore megaplex horror and complain that films like Hereditary aren’t scary enough. I regard these people as the dregs of cinema culture. By the way: Get Out isn’t really an elevated horror flick — it’s a racially-stamped, comic-flavored remake of The Stepford Wives, which makes it an in-betweener.

I knew from the instant that I read a Jeff Sneider tweet that he was hot to see Halloween during the Toronto Film Festival…I knew then and there it would be the same kind of wallowing broad-brush horror film that It was, and I hated that film with every fibre of my being.

I realize that my refusal to soil myself with an actual viewing of Green’s Halloween is going to result in some pushback, but my nose knows. “You don’t need proof when you have instinct.” — Lawrence Tierney in Reservoir Dogs.

Most of the critics were too cowardly to take swipes, but a few stood up. One was Boston Herald critic Jim Verniere, whom I’ve known since the early ’80s and whose taste is often in synch with my own or vice versa. So if Verniere thinks a movie more or less blows, that’s good enough for me.

Excerpts: “This new Halloween is not the worst or the best of the 10 we’ve had since John Carpenter’s 1978 classic. But at a time when we’ve seen innovative shockers like Get Out and Hereditary, do we really need a Halloween mixing Danny McBride-style (he co-wrote the script) dumb comedy in between gruesome murders from the original film?

“Like the original, David Gordon Green‘s Halloween telegraphs who is going to get killed next by knife, ax, hammer, knife again, Dyson vacuum, whatever.

“Jamie Lee Curtis‘s Laurie Strode could be the heroine of every woman afraid of a crazy, violent ex-husband. But no — we do not go there.

“Instead of a new Halloween, they should have remade Carpenter’s They Live — the Get Out of 30 years ago.”

An inflammatory-sounding N.Y. Times headline — “Trump Administration Eyes Defining Transgender Out of Existence” — caught my eye this morning. It startled me actually. I’m presuming that for members of the LGBTQ community it did a lot more than that.