Six years ago Svetlana Cvetko, Graemm McGavin, Rihannon McGavin and I visited Guillermo del Toro‘s Bleak House in Thousand Oaks — the greatest temple of horror-film worship that’s ever existed. Today Guillermo tweeted that Bleak House may be in danger of being consumed by the Woolsey Fire, and that he’s been forced to evacuate his home (which is right next door). I’m SICK over the possibility of Bleak House being engulfed in flames. It would be like the accidental burning of the Alexandria library.

Less than ten minutes into my first viewing of Jason Reitman‘s The Front Runner, I knew it was at least a B-plus. By the time it ended I was convinced it was a solid A. Now, weeks later, I’m convinced it’s a bit more. Like one of the ballsiest big-studio films made in a long while. Or something close to that.

It’s obviously not a typical Reitman film — it doesn’t deliver emotionally soothings a la Juno and Up In The Air. It is, however, a sharp and lucid account of a real-life political tragedy — the destruction of former Colorado Senator Gary Hart‘s presidential campaign due to press reports of extra-marital womanizing with campaign volunteer Donna Rice.

Said it before, saying it again: The Front Runner is a brilliantly captured account of a sea-change in press coverage of presidential campaigns — about a moment when everything in the media landscape suddenly turned tabloid.

Why, then, are some critics giving Reitman’s film, which is absolutely his best since Up In The Air, the back of their hands?

In a nutshell, critics can be cool to films that portray journalists in a less-than-admirable light, which is what The Front Runner certainly does. The Miami Herald reporters who followed Hart around and broke the Rice story are depicted as sleazy fellows, and the relationship between the Miami Herald and Hart is depicted as deeply antagonistic, especially on the Herald’s part.

Yes, Hart screwed himself with his own carelessness, but the Herald is depicted as being more or less on the same level as the National Enquirer.

A paragraph from A.O. Scott ‘s 11.5.18 N.Y. Times review suggests an animus that has nothing to do with the general quality of Reitman’s film.

“A number of recent movies have taken a heroic view of the press,” Scott noted, “in particular the old-fashioned, printed-on-paper kind. Spotlight and The Post, for instance, depict journalists as tribunes of civic righteousness.

“The Front Runner, based on a book by Matt Bai, a former writer for The New York Times Magazine, takes a dimmer view of the fourth estate. It belongs to the accusatory tradition of Ace in the Hole, Network and Absence of Malice, movies that see reporters and editors not as guardians of democracy but as barbarians inside the gates of the republic, subverting its values through cynicism, self-importance and mercenary scandal-mongering.”

Remember how Vanderbilt’s Truth (’15), a whipsmart journalism drama, was tarnished in the press for portraying the collapse of Mary Mapes‘ faulty 60 Minutes investigation into George Bush‘s National Guard history and alleged cocaine use? A somewhat similar dynamic is happening right how.

In the view of Indiewire‘s David Ehrlich, Reitman’s film “side-eyes the press for whipping the story into a national firestorm.”

Two and a half months ago I asked why Universal hasn’t released a This Gun For Hire Bluray (“This Film For Remastering“). On 11.13 Shout! Factory is releasing a Blue Dahlia Bluray, and a Glass Key Bluray on 1.15.19. So where the hell is This Gun For Hire? All three Ladd noirs have to be high-deffed, not just two. 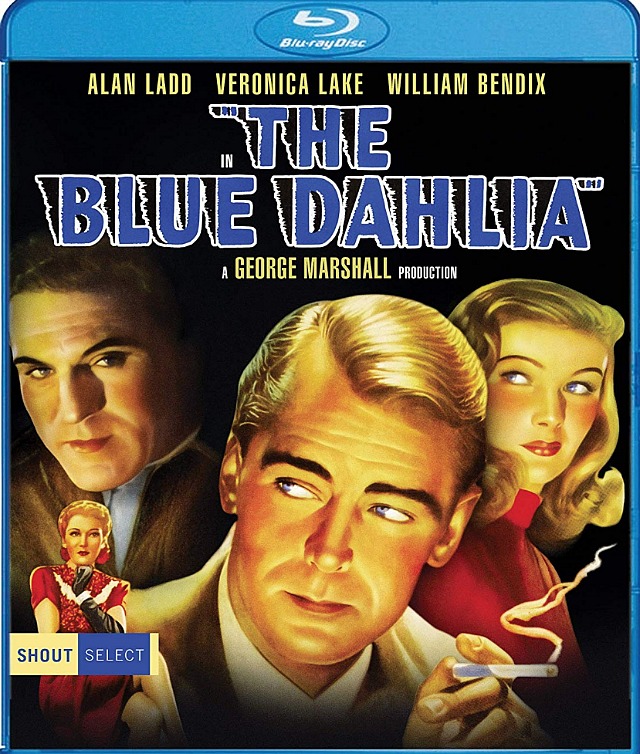 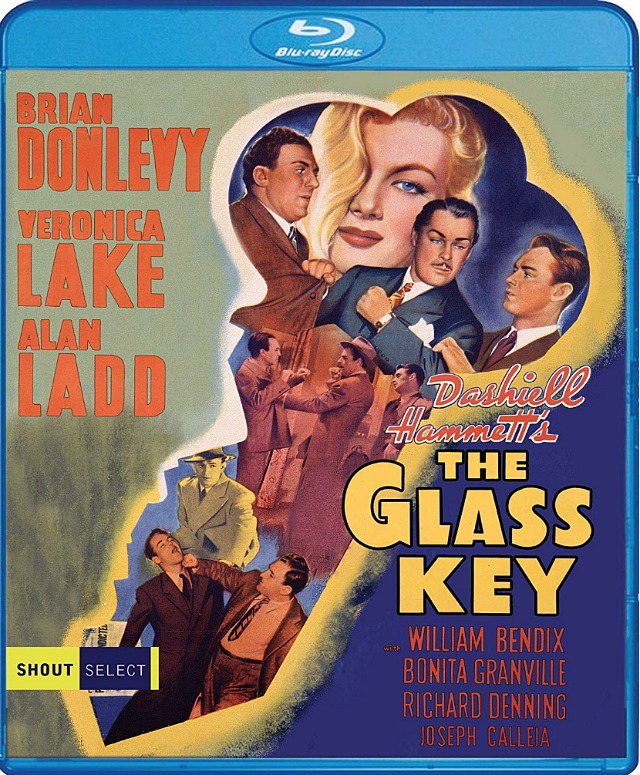 Four and a half years ago Matthew Whitaker, Donald Trump’s acting attorney general, said that he favored judges who had a “biblical view of justice” and questioned the judgment of secular lawyers who don’t see things the Christian way. He also proposed blocking non-religious people from judicial appointments. In short, this deep-voiced, Mr. Clean-resembling adminstrator lives on an isolated white-Christian island of his own choosing. The April 2014 Whitaker tape was posted yesterday by the Guardian‘s Jon Swaine.

I always feel happy when it snows. My spirits alight with the same excitement I felt when I was six years old. And I always love it when a blizzard hits Park City during a Sundance festival. Not to mention the calming effect a good snowstorm has on a big city. “I love the quiet that descends upon the city when a big one falls,” Mark Panick wrote on Facebook a few hours ago. “It doesn’t last long but it’s so peaceful.” In the same thread Mark Caro wrote, “I don’t know anything that delivers such a combination of beauty, calm and aggravation as snow.”

I had one strong thought in my head after seeing Mimi Leder‘s On The Basis of Sex (Focus Features, 12.25), a well-meaning but mediocre saga about the formative years of legendary Supreme Court Justice Ruth Bader Ginsburg (Felicity Jones).

Bader speaks with a fairly distinctive Brooklyn accent, so how is Jones at imitating this? Not so hot. I couldn’t really hear “Brooklyn” in her speech patterns. What I heard was “British actress doing a decent job of sounding American but not really trying to get the Brooklyn thing right.”

Believe it or not there’s a sex scene between Jones and Armie Hammer, playing Ginsburg’s attorney husband Martin. Ruth Bader Ginsburg doing the nasty? Please…cut away! It was this utterly pointless detour that told me On The Basis of Sex wouldn’t be panning out. My hopes actually started to sink less than 10 minutes after it began.

From sea to shining sea and even in the rural, red-state regions, there’s a rule that everyone understands and lives by. You can use the term “the N word” but never the word itself. Because verbalizing that term, even for an instant, somehow bestows a brief spurt of cultural oxygen, and the rule is that this term must be kept in an airless, vacuum-sealed box inside a concrete underground bunker, never to be exhumed. Which is clearly how it should be.

The night before last Green Book costar Viggo Mortensen, participating in a Film Independent discussion at the Arclight, said the actual, two-syllable N word. I strongly doubt that anyone suspects Mortensen, a gentle, thoughtful, well-liked guy occasionally given to long-winded explanations of feelings and undercurrents, of even being an unconscious R-word person. He just said a stupid thing. Viggo has thoroughly apologized (“I will not utter it again”), but this was a lulu of a verbal blunder.

I hate to say this — I would certainly like to imagine otherwise — but Viggo may have possibly torpedoed his chances of winning a Best Actor Oscar. Or maybe not.

I think people should consider that many actors, especially the brilliant ones, have a naturally open, expansive, dig-down-to-the-bottom-of-things nature, and that Viggo’s instinct to be vivid and/or dramatic briefly overcame his sense of social decorum. Has anyone out there ever blurted out some crude, outre expression for the sake of dramatic emphasis, and then immediately realized that too much emphasis was used? That’s all that happened here — an actorly instinct collided with a strict social taboo.

In a statement given to The Hollywood Reporter‘s Scott Feinberg and Gregg Kilday, Mortensen said the following: “In making the point that many people casually used the ‘N’ word at the time in which the movie’s story takes place, in 1962, I used the full word. Although my intention was to speak strongly against racism, I have no right to even imagine the hurt that is caused by hearing that word in any context, especially from a white man. I do not use the word in private or in public. I am very sorry that I did use the full word last night, and will not utter it again.”

Mortensen added, “One of the reasons I accepted the challenge of working on Peter Farrelly’s Green Book was to expose ignorance and prejudice in the hope that our movie’s story might help in some way to change people’s views and feelings regarding racial issues. It is a beautiful, profound movie story that I am very proud to be a part of.”

From a journalist friend: “I had a conversation tonight at the premiere of On The Basis of Sex with a prominent Academy member who was one of the producers of an Oscar-nominated Best Picture last year. We talked movies and he brought up Roma immediately, which he had recently seen at the Academy. I expected him to say nice things, but instead he emphatically said he HATED it. ‘There was no one I could remotely identify with’, he said. He thought it was beautifully shot but that’s about it. Interesting.”

HE reaction: Was this the same guy who stopped watching All Is Lost after 25 or 30 minutes? Sounds like him.

Put this prominent producer into a time tunnel back to the early ’60s, and he would have emphatically HATED L’Avventura also. Ditto L’Eclisse, La Notte and Red Desert. Obviously these Michelangelo Antonioni films are coming from a much more emotionally neutral or distant place than Cuaron’s film, which clearly cares for its two women leads — Yalitza Aparicio and Marina de Tavira — and pulses with familial affection start to finish.

The problem this producer seems to have is with arthouse films that are essentially meditative in nature, that don’t nudge the viewer toward embracing a certain emotional reaction…films which take their time and allow the viewer to assemble their moods and realms on a bit-by-bit, scene-by-scene, gradual accumulation basis.

There is mild irony in the fact that On The Basis of Sex, which I didn’t care for, is the anti-Roma, in this sense — a film that emphatically goads and prods you into feeling what it wants you to feel.

Critic friend, having read this exchange: “To invoke one of your favorite phrases, I personally think that the whole critical world needs to calm down about Roma. I stand by my positive but tempered review of it. There’s something detached about the film. It’s a cinematic coffee-table book.”

This is a day-old controversy, but I’ve only gotten around to studying the Jim Acosta vs. White House intern videos this morning. The differences, I mean, between the original raw video and the doctored video created by Infowars editor Paul Joseph Watson, a British alt.right YouTube partisan. White House press secretary Sarah Huckabee Sanders used the Watson video, which indicates that Acosta’s left hand briefly lingered on the intern’s arm, to justify cancelling Acosta’s hard pass. “We will not tolerate the inappropriate behavior clearly documented in this video,” Sanders said — a flat-out psychotic lie.