Michael Cohen to George Stephanopoulos: “He knows the truth, I know the truth, others know the truth, and here is the truth: The people of the United States of America, people of the world, don’t believe what he is saying. The man doesn’t tell the truth. And it is sad that I should take responsibility for his dirty deeds. I’m done with the lying…I’m done being loyal to President Trump.”

I almost feel as if I’ve seen this already, but the trailer for The Mustang is well judged. Obviously a healing-and-therapy movie, but intriguing. The director is Laure de Clermont-Tonnerre, whom I don’t know. I’m sensing the right kind of vibes. Matthias Schoenaerts, Bruce Dern, Connie Britton, etc. Slated for Sundance, opening in March.

As seriously moved, enthralled or charmed as I am by Green Book, Roma, Vice, First Reformed, Can You Ever Forgive Me?, Happy as Lazzaro, Capernaum, The Mule, Black Panther, First Man and A Star Is Born, Pawel Pawlikowski‘s Cold War sits at the top of the heap. (Setting aside the matter of the ending, which I’ve never let bother me.)

32 Comments
And There You Have It

It’s not often that identity politics & representation attitudes are spelled out as clearly as they were a couple of days ago on Facebook. [12.14 update: The author has asked me to remove a screen capture of same, claiming that it violates his privacy.] The curious thing is that the author puts down Black Panther in the course of defending it. It doesn’t need real “defending” — I’ve never assailed the craft levels (has anyone?). And I’ve said over and over that Black Panther is (a) an historical benchmark film that serves as a kind of grand totem for the social changes of 2018, (b) it’s the most socially grounded Marvel superhero flick ever made, and (c) the final hour really works.

It’s awfully damn hard to make a film that even half-works. It’s probably just as hard to make something that stinks. Everyone is always trying to like hell to make a film that will do them and their parents proud. Even makers of dumbshit comedies and genre spoofs. So what does it take to make something that’s actually, seriously good? Serious talent or the ability to channel divine inspiration…whichever is available. And the ability of above-the-line creatives to keep sweaty, thick-fingered, Sam Spiegel-ish producer types as far away as possible from the creative levers. 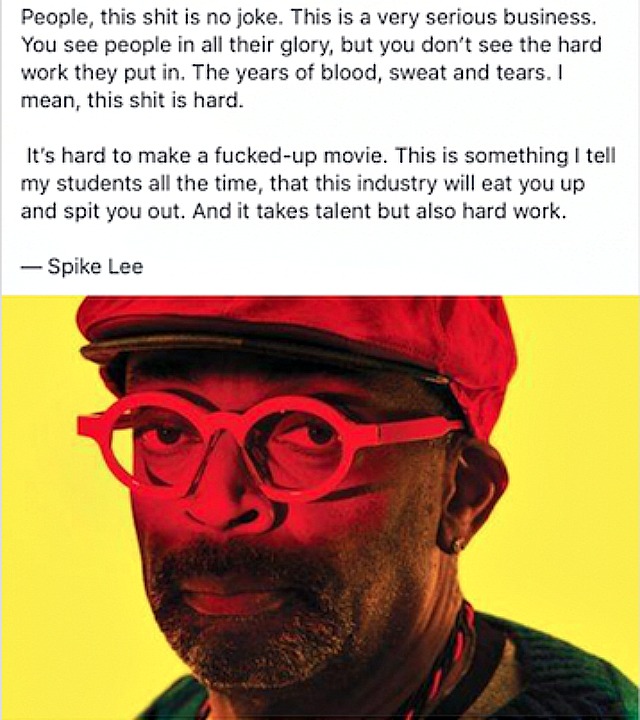 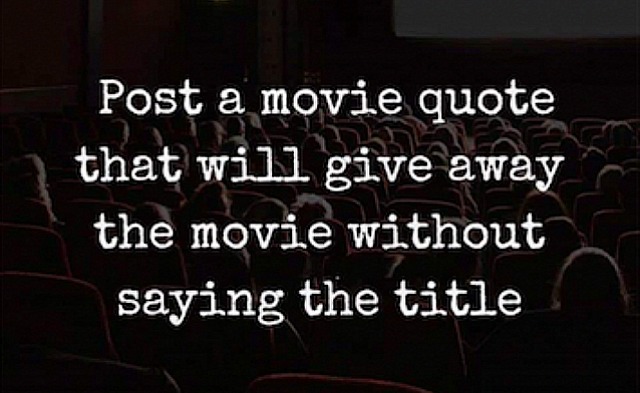 Hardnose46: She looked like the ragged end of nowhere.

5 Comments
Right Away You Can Sense The Twee

From Peter Bradshaw‘s 9.12.18 Guardian review of James Marsh‘s King of Thieves: “The Hatton Garden safety deposit robbery of 2015, hilariously carried out by a bunch of geriatric criminals who tunnelled through a concrete wall, has been turned into an excruciating tongue-in-cheek film version with bus-pass movie icons in the leading roles.

“Screenwriter Joe Penhall and director James Marsh [have delivered] what can only be described as their less-than-finest work.”

The fact that the real-life geezer gang “fell prey to dirty tricks and backstabbing” suggests King of Thieves could have been a variation on Jules Dassin‘s Rififi (’55).

Almost a quarter of Rififi — 28 minutes, give or take — is consumed by the silent, word-less. music-free jewel robbery sequence. Let’s imagine that Marsh decided to throw caution to the wind and do the same thing with King of Thieves — maintain an absolute focus on the technical aspects of the job sans dialogue or diversion of any kind. The presumption is that ADD audiences would tune out and switch the channel, but would they necessarily do that?

There are two ways to process the absence of First Reformed‘s Ethan Hawke among the SAG Best Actor nominees, which were announced yesterday — one likely, another less likely.

The less likely explanation is that the SAG-AFTRA membership somehow didn’t get the memo about Hawke being an undismissible contender, particularly after recently winning Best Actor trophies from the Gothams, the New York Film Critics Circle, the Los Angeles Film Critics Association and the San Diego Film Critics Society.

The more likely explanation is that the tastes and preferences of SAG-AFTRA members have devolved to the level of the People’s Choice Awards, and they just don’t get it. To paraphrase Hal Holbrook‘s Deep Throat, “The truth is that the typical SAG-AFTRA member these days isn’t all that hip and certainly not very sophisticated, and things just got out of hand.”

The fact that they nominated BlacKkKlansman‘s John David Washington, who is reasonably good as Det. Ron Stallworth but whose performance fell short of of blowing critics or audiences away, tells us this was almost certainly an identity politics vote. I liked Washington’s vibe in Spike Lee’s film and thought he pretty much held his end up, but c’mon.

Hawke was also blown off by the HFPA/Golden Globes, but you have to remember he only picked up serious heat a short while ago. Even the Gold Derby gang, my own finger-to-the-wind, sheep-herd group, was snubbing Hawke until the NYFCC vote. It was only five days ago when I wrote that the Gold Derby-ites “finally took the plunge when the Gothams and the NYFCC insisted that Hawke has heat.” ESPN’s Adnan Virk and I are the only award-season spitballers who were with Hawke from the get-go.

This afternoon I went back to the Smilow Cancer Hospital in New Haven to have my neck stitches removed. The problem, as previously noted, is that I had a basal-cell cancer tumor on an area behind my left ear, but there was a slight chance that I might have developed a bit of squamous-cell cancer, which is a little trickier than basal-cell, and that some of this, God forbid, might have infected my lymph nodes. So they took lymph node samples during the 12.4 surgery. If they’d found any issues I would have had to sit for radiation therapy.

Except the test came back negative all around. No squamous cell carcinoma, no lymph node problems, no radiation therapy…none of it. Plus they removed those awful drainage tubes today so I can actually walk around like a free man again.

Miserable Wanderer is a new feature of HE Plus — a travel column based upon real roaming-around adventures that have happened in my life, recently or years or decades ago:

One of the most difficult maneuvers I’ve ever faced in my life was being on a scooter in the world-famous Arc de Triomphe roundabout and moving at a pretty good clip while surrounded on all sides by antsy cars, and trying to figure a way into the outer lane so I could eventually escape this merry-go-round.

WB publicists have been adopting a qualified-hands-off posture with Clint Eastwood‘s The Mule because they’re scared of reactions to casually racist dialogue spoken by Clint’s p.c.-oblivious character, the 90-year-old Earl Stone (based upon real-life drug runner Leo Sharp).

They’ve presumably been fearful that the outrage brigade (a member of which would seem to be Variety‘s Peter Debruge) would howl about what an offense Earl’s vocabulary is to our delicate ears. An old white coot talking like an old white coot…horrors!

Debruge is all but apoplectic about Earl’s racist vocabulary — his review is almost a parody of knee-jerk woke-ism. “Most white Americans have a relative like Earl, who’s old enough to remember a time when good old boys ran the country and everyone else was their inferior,” Debruge notes. So when they start “spewing politically incorrect garbage, most of us let it slide, accepting that you can’t teach an old dog new tricks. Except you can and we must.

“There’s nothing inherently wrong with presenting bigoted people on-screen, since heaven knows they exist in real life,” Debruge goes on, “but the trouble with The Mule is that it invites audiences to laugh along with Earl’s ignorance. From here, it’s no great stretch to imagine a movement — call it ‘Make Hollywood Great Again’ — advocating for movies in which politically incorrect characters like the ones Eastwood has played for most of his career will be free to speak their minds again.”

Debruge is like Sessue Hayakawa‘s Colonel Saito in The Bridge on the River Kwai. There’s a part of him that would like to put Eastwood, his producing partners and screenwriter Nick Schenk into tin-box cages and let them bake in the sun.

Yes, there is a kind of amiable, jocular tone in the way Clint’s character tosses off politically incorrect racial terms and other inappropriate-isms, and it does make you half-flinch or at least shake your head. Yup, there are crotchety old guys who think and talk like this, and yeah, they probably voted for Trump, but at the same time they don’t appear to be emissaries of Satan as much as indifferent about whether or not guys like Peter Debruge approve.

As is usually the case with the 80-plus set, it’s best to just offer them a chair and a glass of lemonade and hope for the best.

The bottom line is that The Mule is a very decent, nicely handled film about family, aloofness, guilt and facing one’s own nature.

Indiewire‘s David Ehrlich says it’s Clint’s best in “more than 25 years” — better than Unforgiven? — but I’m playing it safe and calling it his finest since Gran Torino. It’s a plain-spoken, well-ordered saga of a guy coming to terms with his failures as a man and a father — a selfishly-inclined fellow who’s always preferred work over being with family, etc. I think it’s an entirely decent film in this respect, and a well-structured one to boot.

Director–writer friend from the South: “Just saw Green Book yesterday. Thoroughly enjoyed it, one of the best films of the year. I don’t understand critics sometimes. This is a movie about human beings with very little or no CGI (only for period detail). This kind of film should be celebrated, not scorned. Viggo and Mahershala were both amazing. This is a huge step up for Peter Farrelly.”

HE to Southern Pally: “A significant portion of big-city critics these days are filing from Planet Woke. And if not, they’re filing with a fear that they’ll sound like rubes if they don’t incorporate at least a little woke-ness. They won’t admit this, of course.”