The main lobby of Park City’s Prospector Lodge used to have a nice, homey, slightly-sagging-at-the-seams feeling. Like a friend’s oversized living room. Warm and familiar.

A year or two ago some jerkwad bought the place and removed all the atmosphere. Now it has all the charm of a seen-better-days bus station in Akron or Trenton. Incidentally: The head has a metal door that clangs shut like a prison cell — loudest I’ve ever heard.

After seeing an 11:30 am screening of Untouchable at the Ray, I had to get to the MARC in a hurry for a 2:30 pm showing of A.J. Eaton and Cameron Crowe‘s David Crosby: Remember My Name. I flagged down a cab on Kearns, but the driver made a wrong turn and we didn’t get there until 2:31 pm.

I was feeling really rushed now, and this is when I tend to lose or forget things, when stress levels are high. Sure enough, somewhere between paying the driver and strolling onto the MARC premises I dropped my wallet. By the time I sat in my seat I knew it was gone — beautiful elephant-skin leather, $60 in cash, all the cards, some momentos.

Rather than freak out I decided to watch the Crosby doc (which is great by the way — the most emotionally moving, AA confessional, review-of-a-nearly-wrecked-rock-and-roll-life doc I’ve seen in a long, long while) and hope for the best. With all the alpha volunteers around I figured someone would probably find the wallet and turn it into the lost-and-found. But when the film ended the lost-and-found bin was empty and there were no messages from anyone.

So okay…tough luck but at least I didn’t lose my phone. A drag but I’d survive. I jumped on a bus and called Chase to cancel my cards. Then I decided to drop by the Park Regency to check in, and the instant I walked into the lobby a staffer waved, smiled and said, “We’ve got your wallet!” I’d apparently dropped it in the cab, and the driver had found a Park Regency business card next to the cash. What a wonderful all-is-well feeling. People are kind and thoughtful, etc. 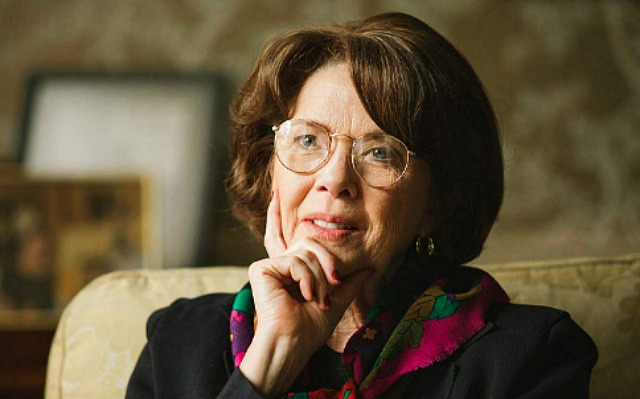 “With the exception of Black Panther, which likely has no shot, Green Book is the only Best Picture nominee with an unequivocally happy ending, which probably accounts for a lot.

“Every other Best Picture nominee ending is ‘yes, but…[SPOILERS]

“Roma — The family is safe but you, Cleo, are forever doomed to be a maid that fancier humans will fly over in jet planes without even noticing.

“Bohemian Rhapsody — You rocked it with the show of your life. Unfortunately, you’re on an HIV poz downward death spiral.

“A Star Is Born — You’re rich and famous! Sorry your alky, pant-peeing husband just killed himself.

“The Favourite — Congrats on being more devious than your rival! Enjoy life with a disgusting, insane person who has absolute power over you.” — posted on Facebook by Luke Y. Thompson. 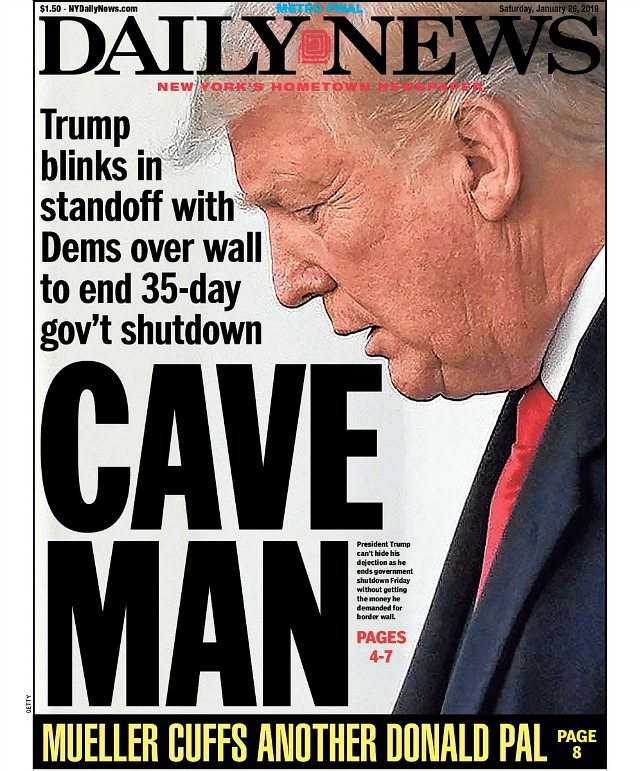 I caught Matt Tyrnauer‘s Where’s My Roy Cohn? earlier today at the MARC. How can a study of perhaps the most notoriously ruthless attack-dog attorney in U.S. history be anything but a dark poem? A movie, I’m thinking, about ghosts, demons, banshees, goblins. A merging of fact and nightmare.

The film is actually less poetic than a smart, sturdy, well-assembled thing — an efficient portrait of a closeted, scabrous, old-school shithead. It’s fully respectable as far as it goes, but Cohn’s legend doesn’t feel all that linked or connected in the current zeitgeist. He was raised and shaped in another era, a darker time.

The only element that vibrates is the fact that Donald Trump admires Cohn’s fang-toothed approach back in the day. Yes, Cohn was an inspiration to the youngish Trump in the ’60s, ’70s and ’80s, but Trump’s hyper-aggressive approach to the rough and tumble of big-time politics, looking to exploit whatever fears and anxieties might be lying around…well, we knew that going in.

How absorbing is Where Is My Roy Cohn? — how sharply assembled, how hard-htting? Very, but at the same time it never really sheds its skin and transforms itself into something you might not see coming. I’m sorry but I didn’t enjoy it as much as Tyrnauer’s Scotty and the Secrets of Hollywood or Studio 54 docs, both of which were released last year.

Cohn was a cold, bloodless, out-for-numero-uno creep, and seemingly a drag to be around. As a subject, I mean, as well as in real life.

I guess I was looking for some kind of crazier current, maybe something borrowed from the realm of Mike Nichols‘ Angels in America. The film is “good,” as far as that goes. Tyrnauer is a gifted, highly intelligent filmmaker. I have no complaints with what it is — I just wish it had unfolded in a loopier, less conventional way.

Bill Maher “New Rules” rant on comic-book culture, aired tonight: “Can we stop pretending that the writing in comic books is so good? Please — every superhero movie is the same thing. A person who doesn’t have powers gets them, has to figure out how they work, and manages to find a glowing thing.

I’m determined to see Andrew Patterson‘s The Vast of Night at the Slamdance Ballroom on Monday, 1.28 at 8pm. A low-budget but allegedly resourceful ’50s sci-fi thriller, it’s about a single night in New Mexico in which a young switchboard operator and a radio DJ uncover a strange frequency (aliens?) that could change their lives, their small town and in fact the planet Earth.

Variety contributor Nick Clement recently saw Patterson’s film, and mentioned his admiration of it while interviewing director Steven Soderbergh, whose High Flying Bird will premiere at Slamdance the day after tomorrow (Sunday, 1.27, 3 pm).

Clement: “The interview was for a curtain-raiser piece about the 25th anniversary of Slamdance. I told Soderbergh how much I love Vast of Night and he asked to see it — and then he messaged me saying how much he loved it and how he’s gotta meet the filmmakers.” 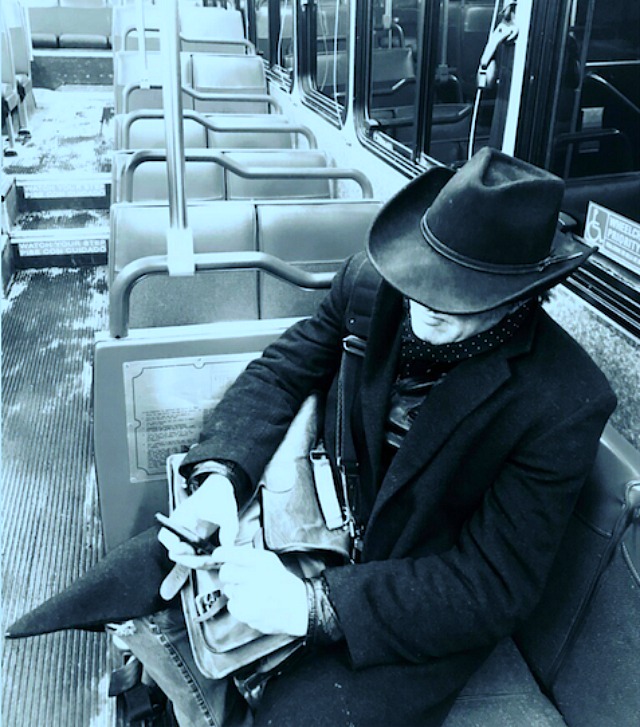 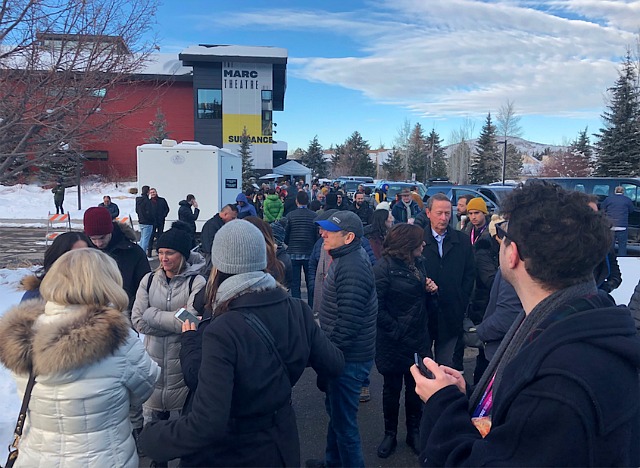 Just after exiting 2:30 pm MARC screening of Matt Tyrnauer’s Where Is My Roy Cohn?, which is about smart and sturdy and engrossing as a doc about an old-school shithead could be expected to be. 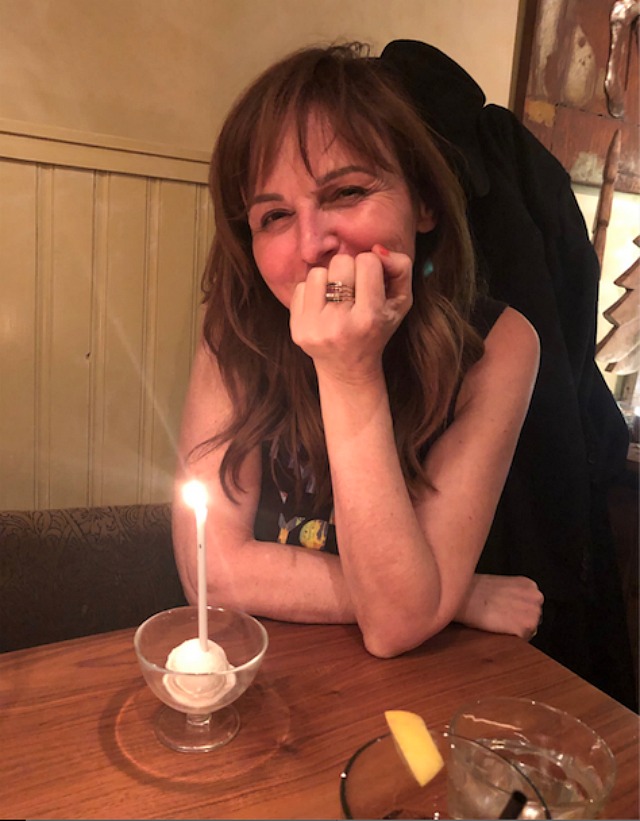 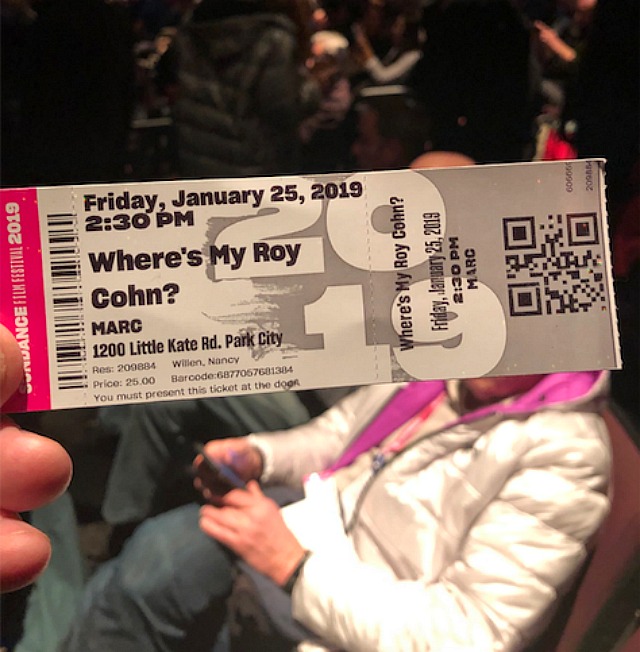 I asked about trying to snag a ticket to tomorrow night’s screening of Extremely Wicked, Shockingly Evil and Vile at teh Eccles, but so far no luck. I’ve heard that Joe Berlinger‘s film is a little on the flat or so-so side but that Zac Efron is quite good as serial killer Ted Bundy.

Early yesterday afternoon I did another “what say ye about the Oscar race?” Gold Derby podcast chat with Tom O’Neil and Michael Musto. The usual usual but we had fun. I agreed with Musto that Roma is a lock to win Best Picture “with Green Book on the outside as a close runner-up.”

For my money we didn’t sufficiently discuss the all-but-total collapse of A Star Is Born and Bradley Cooper enough, but Tom was leading the discussion.

HE quote: “I don’t think there’s stopping Mahershala Ali (Green Book) in the race for Best Supporting Actor,” I said. “He’s been ahead since the get-go. I’d like to see Richard E. Grant win because I loved him in that role more than just about anyone else.”

Musto quote: “It’s time for Glenn Close to get the freakin’ Oscar and everyone knows it! [Plus] Glenn plays a character who deserves the award that someone else gets. And she’s getting it this time. There is no chance for Lady Gaga!”

I was forced to participate from the lobby of the Park Regency because that’s the only spot in that otherwise comfy condo complex which the wifi is half decent. At the last minute I moved a small green palm plant right behind me for color design reasons — the green looked good along with the red glasses. 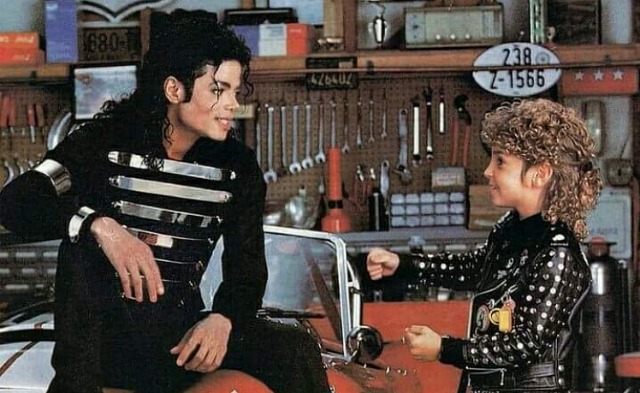