Support on Patreon Follow @wellshwood
28 Comments
My Life Is Hell

Raising myself off the couch to a standing position is too horrible to contemplate, and so I sit for hours on end. Everything is anguish and occasional agony. If I drop something on the floor I leave it there — it’s too painful to bend over and pick it up. (Yesterday my iPhone sat on the living room floor for three hours.) I don’t speak words any more — I moan and groan and occasionally wail like a 17 year-old kid who’s been bayoneted on the battlefield. Yesterday I went to a nearby West Hollywood chiropractor, but he told me there’s no real chiropractic solution for bruised ribs — I just need to wait until they heal. I’m stuck. If only I was friendly with a couple of drug dealers. Even one.

5:50 pm update: Okay, it doesn’t hurt quite as much as it has over the last two days. 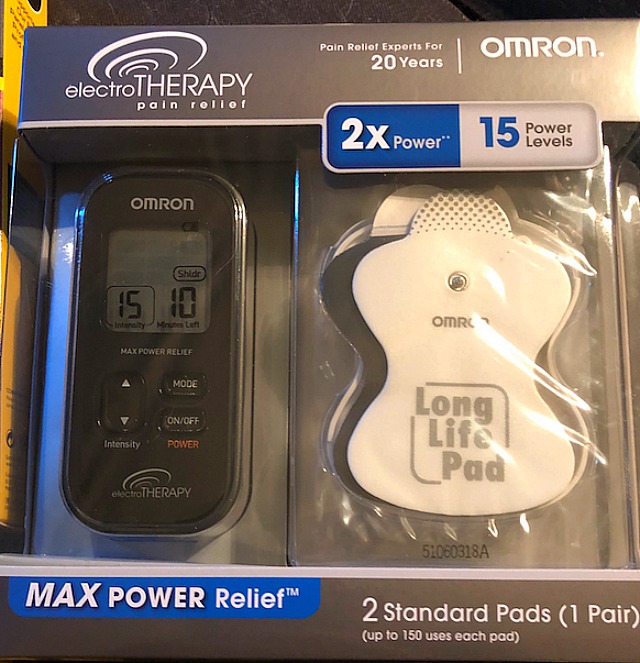 An intensely orange, Dick Tracy-like trenchoat over a red shirt and red, heavily-pleated pants? Worn by a guy who has red fucking hair? Remember when GQ cover subjects would model clothing you could actually see yourself wearing in this or that social milieu? This is pathetic. 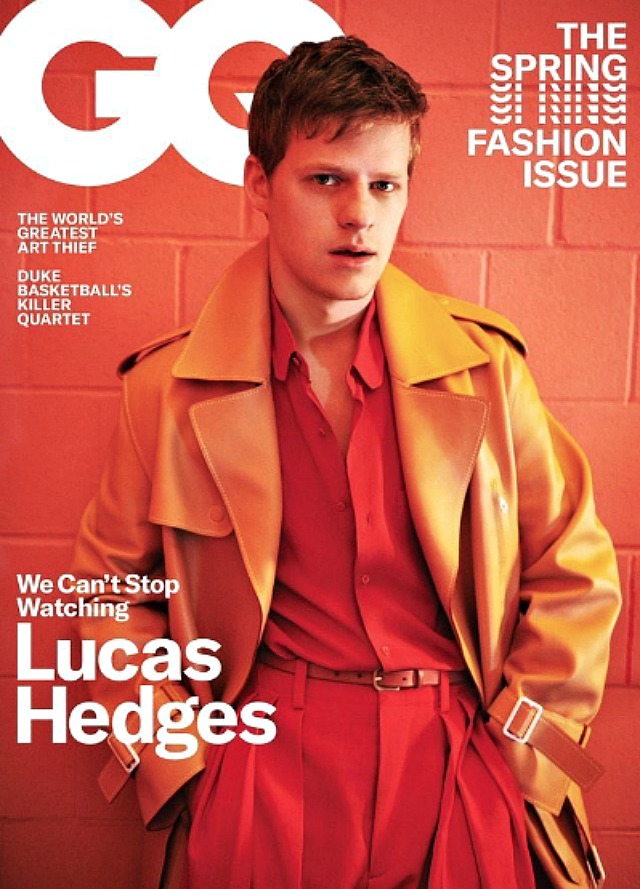 After his debut in 1939’s Golden Boy, William Holden became a mid-range Paramount contract player who appeared in generic fare throughout the ’40s. The legend is that Holden broke through at age 32 in 1950’s Sunset Boulevard (and he did to some extent), but his career didn’t really take off until Stalag 17 (’53), for which he won a Best Actor Oscar. After that Billy Wilder film Holden was regarded worldwide as a major heavyweight movie star.

Over the next six years he made ten films that definitely mattered — The Moon Is Blue, Executive Suite, Sabrina, The Bridges at Toko-Ri, The Country Girl, Love Is a Many-Splendored Thing, Picnic, The Proud and Profane, The Bridge on the River Kwai and The Horse Soldiers. He kept working until his death in ’81, but from The Horse Soldiers on (or over the next 22 years) Holden only made six genuinely good films — The Wild Bunch, Wild Rovers, Breezy, Network, Fedora and S.O.B. Okay, seven if you want to count The Towering Inferno.

43 Comments
Bernie Had His Shot

The idea of a guy nudging 80 becoming President…I’m sorry but it just doesn’t feel right. It’s not who Bernie is or what he stands for. Bernie started something big and persuasive three or four years ago, and now he’s not the only Democratic contender who believes in socialist-style approaches and remedies for the usual social ills. Full respect and stiff salute, but the Bernie brand can’t work again in ’20.

Together we can defeat Donald Trump and repair the damage he has done to our country. We need leadership that brings us together – not divides us up. pic.twitter.com/iCSNhM2FXD

After reading those brusque comments supplied by Scott Feinberg‘s “Brutally Honest Oscar Voter,” I found an even lazier, more intemperate, more short-fusey Academy member (his identity is so secret I can’t even mention the branch he belongs to) and got his reactions to Feinberg’s guy.

Rocketman (Paramount, 5.31) might approach the success of Bohemian Rhapsody, but I doubt it. It certainly won’t match or exceed it. Because while Rami Malek sounded almost exactly like Queen’s Freddie Mercury (his “voice” was a mixture of his own, Freddie himself and a gifted imitator), Taron Egerton sounds like a mediocre Elton John wannabe singing on a cruise ship. The effect doesn’t work, and the movie is going to suffer because of it.

On top of which I hate Egerton’s face — one look and I knew it needed punching — and I really hated those two fucking Kingsman movies and that godawful Robin Hood movie, which earned a 15% Rotten Tomatoes score and lost møney besides.

55 Comments
“Saving Private Ryan” May Have Screwed Itself

The Hollywood Reporter‘s Scott Feinberg has posted an oral-history piece about how Harvey Weinstein‘s hard-charging and in some ways ethically shady Best Picture campaign for Shakespeare in Love overwhelmed the campaign for DreamWorks’ Saving Private Ryan.

Hollywood Elsewhere doesn’t dispute that Weinstein’s Oscar-season blitzkreig was a key factor in Shakespeare in Love winning the Best Picture Oscar, but I’ve always suspected that the main reason was the fact that Saving Private Ryan caused its own defeat.

One, Ryan actually did peak during the 24-minute D-Day Omaha Beach sequence, and two, director Steven Spielberg CHEATED HIS ASS OFF with that early time-jump cut that suggests the old coot having an emotional breakdown in the Omaha Beach cemetery is either Tom Hanks or Edward Burns.

Here’s how the late William Goldman put it in ‘late ’98:

“Hanks is dead, the awful pretentious voice of the actor playing General Marshall is treacling away, we hear ole Honest Abe’s letter again and I am now waiting for the shot of Ed Burns with the big-boobed girls back at the cemetery.

“Why do I know that is coming? Well, only two members of the squad are left [at the end of the film], Burns and the cowardly translator, and I know it can’t be him because he was not with Hanks and the squad during the twenty-four minutes of glory at the start of the film. So it has to be Burns standing there among the graves.

“Now the morphing shot comes, and I am looking at the old face of Matt Damon at the cemetery.

“Well, you can’t do that. Don’t you see, he wasn’t fucking there. He knew nothing of the attack on the beach, knew nothing of the odyssey that followed, and he never had a chance to hear about it. The only spare moment he had was when he was telling us all about his brothers and the ugly girl and setting the barn on fire.

Here’s how I put it last year:

“The greatest offense comes from Harrison Young‘s awful over-acting as the 75-year-old Ryan. His face is stricken with guilt as he shuffles through the Omaha Beach cemetery, and he walks like a 90-year-old afflicted with rheumatism.

To go by this trailer, the marketing strategy behind Leaving Neverland (HBO, 3.6 and 3.7) is to tred as lightly as possible. The allusions are vague but discernible if you listen carefully to what Wade Robson and Jimmy Safechuck are saying, and if you study their facial expressions, etc. I saw the four-hour doc in Park City last month so I’m past the allusion stage. There isn’t the slightest doubt in my mind that Michael Jackson began having man-child sex with these guys at very young ages — when Robson was 7 and Safechuck was 10. Diehard Jackson believers have been denying this all along, but I want to read their tweets after the doc airs.

A statement of temporary support for embattled Empire star Jussie Smollett was issued today by 20th Century Fox Television and Fox Entertainment. It said that Smollett “continues to be a consummate professional on set and, as we have previously stated, he is not being written out of the show.”

In other words, they intend to wait for a final, official and definitive confirmation about Smollett’s alleged complicity in staging a racially-motivated hate attack in Chicago on 1.29.19. Until then, everything’s cool.

12 Comments
Blood In, Blood Out

There’s no question that the crime spree of Bonnie Parker and Clyde Barrow, the bank-robbing desperadoes who killed nine police officers and several civilians, had to be stopped. On 5.23.34 they were ambushed and killed in a Louisiana backwater by a special posse consisting of four Texas-based lawmen (Frank Hamer, B.M. “Manny” Gault, Bob Alcorn, Ted Hinton) and two Louisiana officers (Henderson Jordan, Prentiss Morel Oakley).

A grim but necessary task, okay, but can someone please explain what was so cool and bad-ass about this? Firing 300-plus rounds into two people from a cover of bushes and whatnot, and generally cutting them into ribbons?

John Lee Hancock‘s The Highwaymen (Netfix, 3.29) seems to be selling da coolness. Hamer (Kevin Costner) and Gaulty (Woody Harrerlson) were grizzled and cussy old boys, but they had the balls and the moxie to do the dirty deed. Or something like that.

A whole different mythology was sold by Warren Beatty and Arthur Penn‘s Bonnie and Clyde (’67). Back then there was more of an oppressive socio-economic context — common rural people had been fucked over by the Depression and the predatory banks, and Bonnie and Clyde were wild and reckless enough to just steal whatever the hell they wanted.