I’ve been to the Musee Picasso twice in Paris, and while “Guernica” was hanging at MOMA I stood before it at least two or three times. How did I manage to enjoy these experiences, knowing what kind of a fuck Pablo Picasso was with his wives and lovers?

Simple — I put the bad stuff in a wooden box. It’s called compartmentalizing.

Same deal while watching Alfred Hitchcock films. How can I enjoy The Birds while knowing what Hitchcock put poor Tippi Hedren through during filming? Just shut it out. I’ve heard stories about others but I won’t go there. I can do this all night long.

History constantly reminds that a lot of famous, talented people have treated others cruelly, brusquely or otherwise brought pain or trauma into their lives. I wish it didn’t go with the territory but it seems to. Not always but often enough. 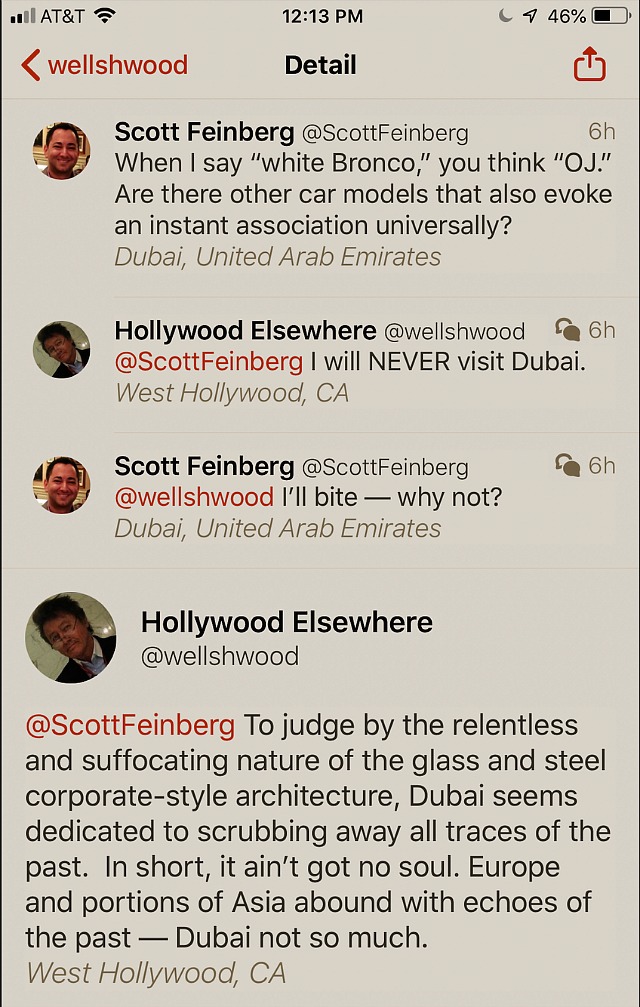 From N.Y. Post “Page Six” story by Derrick Bryson Taylor: Memes floating across social media show Kate Beckinsale, 45, and Pete Davidson, 25, engaged in some serious lip-locking while Queer Eye star Antoni Porowski awkwardly sits next to them. One meme shows Beckinsale in the middle with a caption over Davidson reading, ‘Guys with problems from childhood whom I can ‘fix.’” A caption over Poroswki reads, “Wholesome guys with good paying jobs who text back and have no baggage.” Beckinsale commented on it saying, “Antoni is gay, if that helps clarify at all #queereye.”

HE comment #1: The fact that Beckinsale openly (if very briefly) considered the idea of boning Porowski tells you she’s theoretically open to other potential boyfriends, which should give Davidson pause. HE comment #2: Davidson’s tattoos are appalling, absurd. (Especially that amateurish heart tattoo behind his ear.) And his fashion sense! Anyone who would wear skeleton sneakers with pink socks…forget it. I give this relationship another month or two, at most. 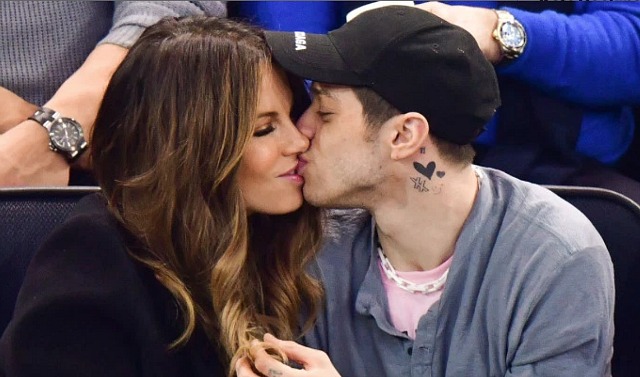 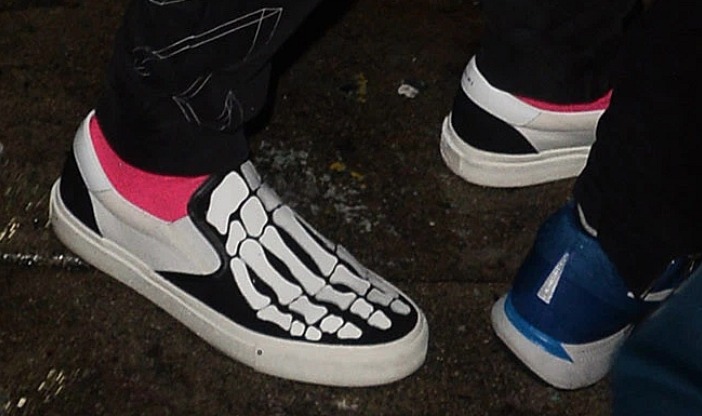 David Modigliani‘s Running with Beto, a behind-the-scenes look at Beto O’Rourke‘s rise to political fame and Senatorial campaign against Ted Cruz, just had its big debut at South by Southwest. It’s a good film, apparently. O’Rourke (who is definitely taking his sweet-ass time about formally announcing his Presidential candidacy) showed up after it ended, answered questions, etc. Pic will debut on HBO on 5.28.

Beto O’Rourke dodges the inevitable “When are you announcing your presidency?” question for the zillionth time. But not without finding a galvanizing hook. #sxsw pic.twitter.com/wLQzuWnu0R

Yesterday Jordan Peele‘s Us (Universal, 3.22) was universally praised after debuting at South by Southwest. I’ve read three or four reviews and it definitely sounds good. However — and this is a big “however” — you can’t trust SXSW critics. They’re too genre-friendly, too geekboy, too determined to celebrate Austin world premieres, too invested in identity politics, too caught up in the under-40 hipster narrative. The only way you can be really sure is after Hollywood Elsewhere and other discerning types have had a looksee. Critics who know their stuff and never modify their views for political reasons. I’m not saying I won’t also be impressed by Us — I may well be — but hold your horses until the hardcores have had their say.

Triple Frontier, you’ll recall, is about five commando types robbing tens of millions from a South American drug dealer. I wrote…hell, everyone wrote that it doesn’t pay off until the second half, which is when things start to go badly and it becomes a grueling ordeal mixed with a Treasure of Sierre Madre-like parable about greed. That’s the all of it, the point of it — how greed leads to death and self-destruction.

In short without the second half Triple Frontier isn’t much — a sturdy if unexceptional heist film.

Manohla Dargis‘s N.Y. Times review doesn’t even allude to the second half. She describes the basic situation, the characters, the opening gun battle in a city in “South Americaville,” the reluctant process by which the five thieves (Oscar Isaac, Ben Affleck, Charlie Hunnam, Garrett Hedlund, Pedro Pascal) agree to take part in the robbery, the dense and humid jungle atmosphere, etc.

But she doesn’t even cast a sidewqys glance at how it all pays off. She doesn’t even say “the story takes a downward turn later on,” etc. She was so unimpressed that she ignored the basic story strategy.

There’s a moment during the second half that I’ll never forget — when a section of a winding mountain path gives way and a donkey, loaded down with bags of loot, goes tumbling down a steep grade with the currency floating in the air and scattered to the four winds. I’ll never forget this scene for the rest of my life.

Does Triple Frontier stand up to the famous Howard Hawks standard — “three great scenes and no bad ones”? Perhaps not, but it has at least two great scenes (the chopper crash and the donkey), and that’s something. 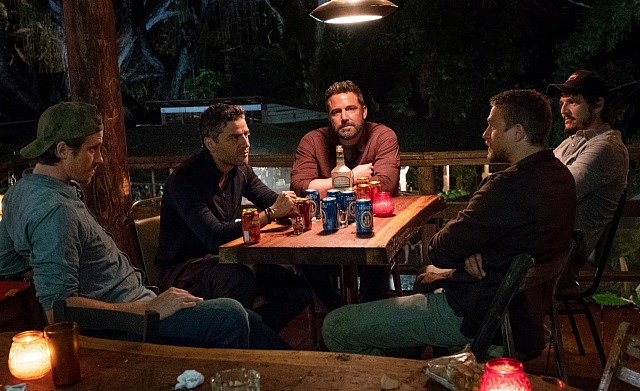