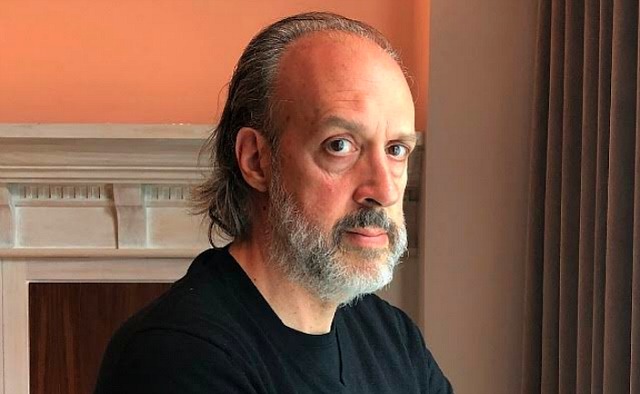 Diane director Kent Jones during an recent interview on Vine Street. (Snapped with iPhone 8plus.) 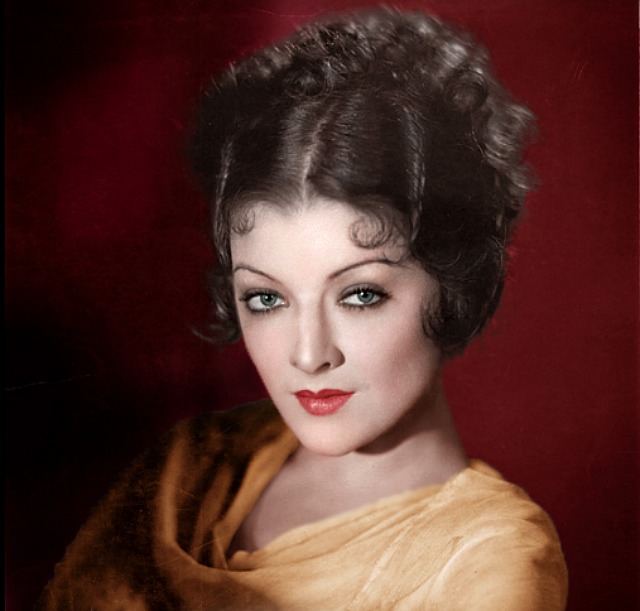 Until today I’d never seen a decent color photo of young Myrna Loy in her vampy, femme fatale-ish, pre-Thin Man period. Probably taken in ’31 or ’32, around the time of Thirteen Women (’32) and The Mask of Fu Manchu (ditto). 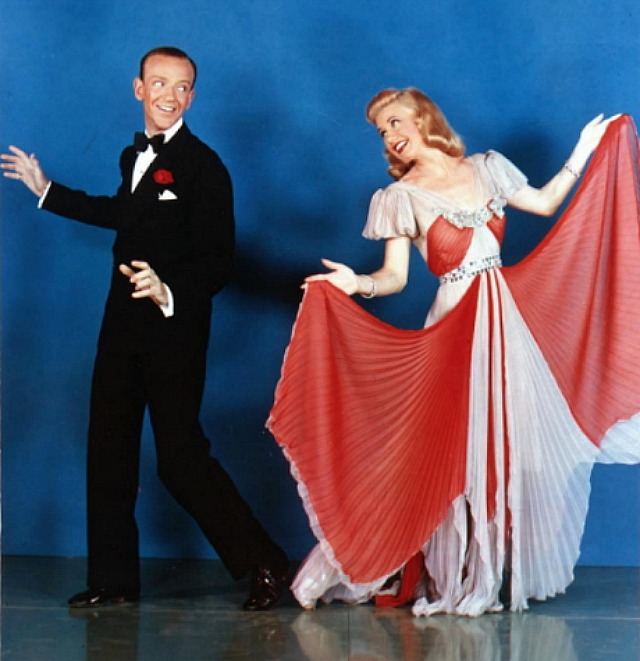 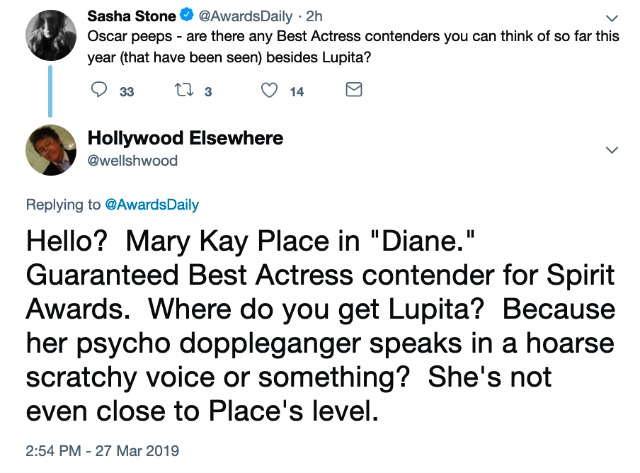 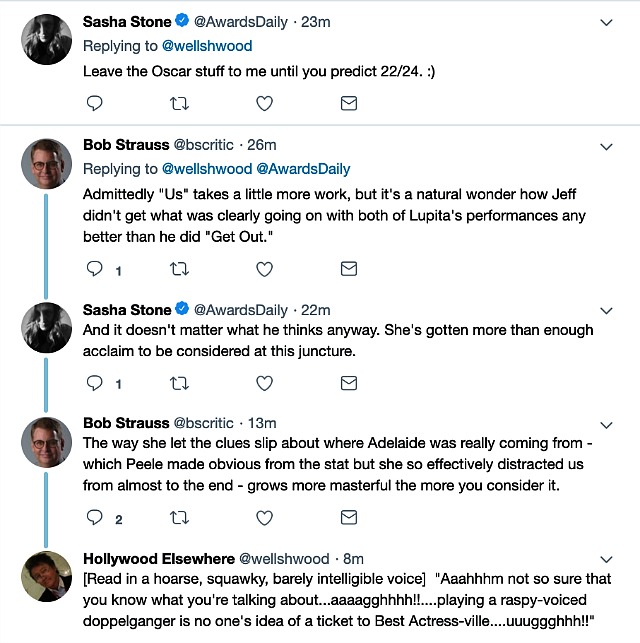 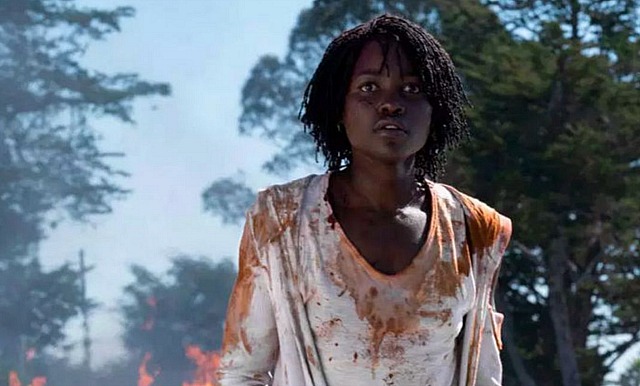 The first quarter of 2019 ends on Sunday, and I’m telling you straight and true that Kent Jones‘ Diane (IFC Films, 3.29) is easily the fullest and finest commercially released film I’ve seen so far this year. The most restrained and fittingly modest. Certainly the most recognizably human.

I wouldn’t call Diane trying or dreary — it’s not — but it certainly reminds you that life can be that from time to time, and that you really need to be tough and sharp just to survive in a rudimentary fashion, and that’s not even counting the guilt that’s been weighing you down for decades or your dicey, no-account, drug-addicted son who…no, wait, he’s a Jesus freak now. Never mind.

Comparing Diane to HE’s other big favorite, Dragged Across Concrete, is nonsensical as the cards they deal couldn’t be more different, but Jones’ film is still two or three notches ahead.

It’s one of those modest, drill-bitty, character-driven films that just reaches in and flips your light switch. It makes you feel human; it makes you care. I knew it was a keeper less than five minutes in. It has a 95% Rotten Tomatoes score, but why not 100?

The Oscar situation is always weighted against intimate, small-scaled films that open in the spring, but at the very least Diane is a guaranteed Gotham and Spirit Awards contender for Best Picture. And I can’t imagine Mary Kay Place, who plays the titular character, not being an all-but-certain contender for a Best Actress Oscar nom. Unless SAG and Academy voters take leave of their senses. Which is always a possibility.

Diane is really and truly the shit. Even if you’re a GenZ or Millennial who doesn’t want to think about what life will be like 35 or 40 years hence, it’ll still sink in. There are those, I’m presuming, who’d rather not settle into a simple Bressonian saga about the weight of responsibility and life being a hard-knocks thing a good part of the time. Or who’d rather not consider the existence of a 70-year-old New England woman who lives alone but has good friends, and who drives carefully, tries to do the right thing, works part-time in a homeless soup kitchen and has been coping with certain dark recollections for decades.

Diane is certainly a rural New England mood trip. Wake up, make the bed, shovel the snow, prepare the coffee, tidy up, get it done, visit your bum son. Late winter, melting snowdrifts, real world, limited income, older person blues, “being 70something is no picnic”, enjoy a drink now and then, my friends are dropping like flies.

All through Diane you can sense tragedy waiting to pounce, and you’re constantly preparing for a shock of some kind. Including the simple kiss of death. But it goes in a different direction.

I know that Place has been working all along, but the last time I said “whoa, she’s extra-good in this” was when she played Orson Bean‘s hard-of-hearing secretary in Being John Malkovich, which was 20 years ago. Before that it was her Meg Jones performance (i.e., the no-boyfriend single who wants to get pregnant) in The Big Chill. She’s certainly never played a lead role as substantive as Diane. So there’s your Best Actress narrative — MKP played supporting characters all her life, and then fortune smiled when Kent Jones came along.

Who would you rather have as armed allies against a gang of bloodthirsty bad guys — Team Rio Bravo or the Assault on Precinct 13 guys?

In my book there’s no comparison. Plus you don’t have to listen to any jail-house singalongs in the Carpenter film. As I said in a related thread, there’s no character in Rio Bravo who comes even close to Joston’s Wilson in terms of steely machismo and seething, hard-boiled currents.

Alexandria Ocasio-Cortez‘s recent argument for the Green New Deal was brilliant. Two days ago majority leader Mitch McConnell brought the Green New Deal to a Senate vote, and the plan was defeated defeated 57-0 — all the Republicans plus three lily-livered Democratic senators. The rest of the Democratic caucus voted “present.”

AOC is 29 — a month older than my younger son Dylan. She’ll turn 35 on 10.13.24, which would make her technically eligible to run for president that year. But the smart move would be wait until the ’28 election, by which point she’d be in the same general age bracket as the 37 year-old Pete Buttigieg, who’s currently the youngest guy to ever run for president.

What rational, fair-minded viewer of this WGA video essay could possibly conclude that the four major talent agencies are playing fair and square? Variety‘s Dave McNary has described the video, which surfaced two days ago, as “scathing.” To me it just seems clear-headed and well-ordered.

“Agency Conflicts of Interest” explains the basics: (1) Writer income dropped by 23% between 2014 and 2016, (2) the reason is that on TV deals big agencies are wangling packaging fees instead of the usual 10% commission, (3) CAA, WME and UTA have also launched their own production companies, which means they’re now in a position to negotiate from both sides of the fence.

Key quote: “Packaging puts the agency in direct conflict with the writers. When your agency is also your employer, the conflict of interest is clear and flagrant.”

Two or three weeks before the 2.8.80 opening of The Fog, I did a sitdown interview with director/co-writer John Carpenter.

I told him I was a big fan of Somebody’s Watching Me, a voyeurism-and-stalking flick that Carpenter made right before Halloween (but which aired on 11.29.78, or a month after Halloween opened). I noted, however, that the main-title sequence — bold color, aggressive music, white parallel lines blending into a shot of a high-rise — was clearly “lifted” from the beginning of Alfred Hitchcock‘s North by Northwest.

My observation was offered in the vein of that famous T.S. Eliot remark: “Immature poets imitate; mature poets steal.” All enterprising artists “take” from the masters, and Carpenter had stolen from one of the best…no biggie.

For some reason Carpenter took umbrage. “Lifted?” he said. “Well, yeah,” I replied. “Borrowed from, inspired by, affectionately stolen…that line of country.” Carpenter frowned, grumbled, hemmed and hawed. But after some discussion he finally blurted out, “Okay, fine…I stole it!”

Shout Factory released a Somebody’s Watching Me! Bluray on 8.7.18.