On Friday evening (4.26) Sigourney Weaver attended a performance of the world-famous North Bergen High School presentation of Alien. A 4K HD capturing of the show (including Weaver’s introduction) was posted on YouTube on Saturday, 4.27. The embed code is after the jump.

Sigourney Weaver visiting the NBHS cast and crew at their encore performance of Alien after national media recognition was unbelievable!! #alien #Alien40th pic.twitter.com/2UXL0v1H3X

I’ve been living in the same West Hollywood pad since ’91. The influence of Tatyana has led to all kinds of cleaning and re-painting and throwing stuff out. A month ago we tossed a large glasstop desk and an adjustable up-and-down chair that I’d been using as my default workspace furniture for a good quarter-century. You wouldn’t recognize the place now. Everything, it seems, is fresh, scrubbed and clutter-free. 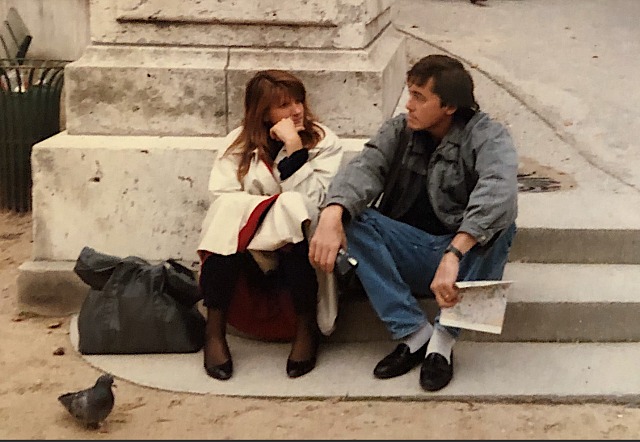 Ex-wife Maggie and I outside the Picasso Museum in October ’87, either just before or just after getting married at St.-Julien-le-Pauvre. 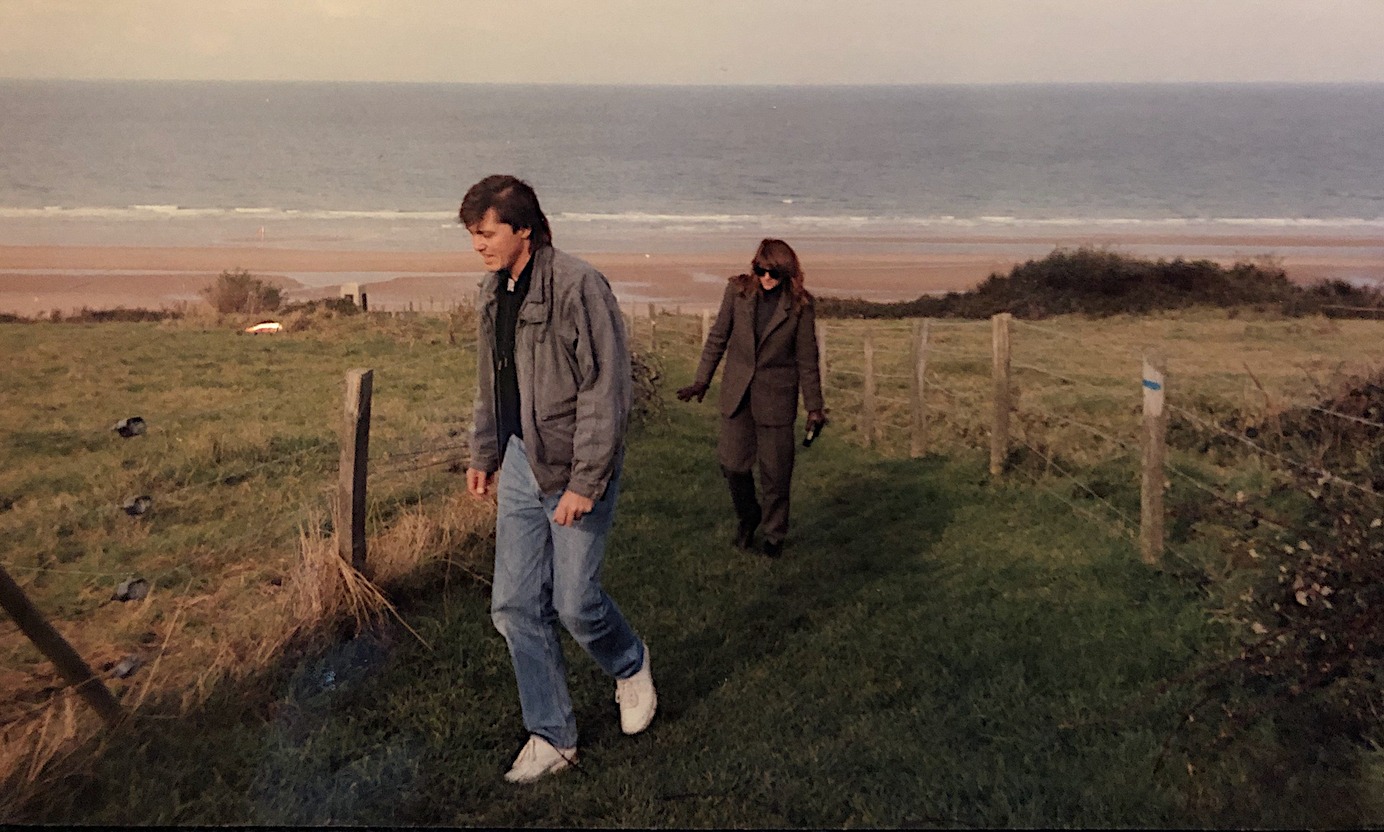 Near Omaha Beach, Normandy, France — a day or two later.

I can’t recall if my pitch was emailed or typed-out and sent via snail-mail, but Esquire bit right away…assignment! Those were the days when it could take as long as two or three months between suggesting an article and seeing it in print. The other freelance piece [after the jump] was about private Hollywood poker games. It was either for GQ or Outside magazine; I honestly don’t remember.

Best idea I pitched that nobody wanted to run: A Playboy parody article called “The Girls of Bumblefuck.” The premise was that (a) the myth of the devastatingly attractive farmer’s daughter bailing hay in Podunk, Arkansas, was bullshit and (b) that beauty always follows wealth and power, hence the dishiest women are almost always found in big cities while women from one-horse, out-of the way trailer-park towns tend to be…well, not in the Ava Gardner or Angelina Jolie realm. 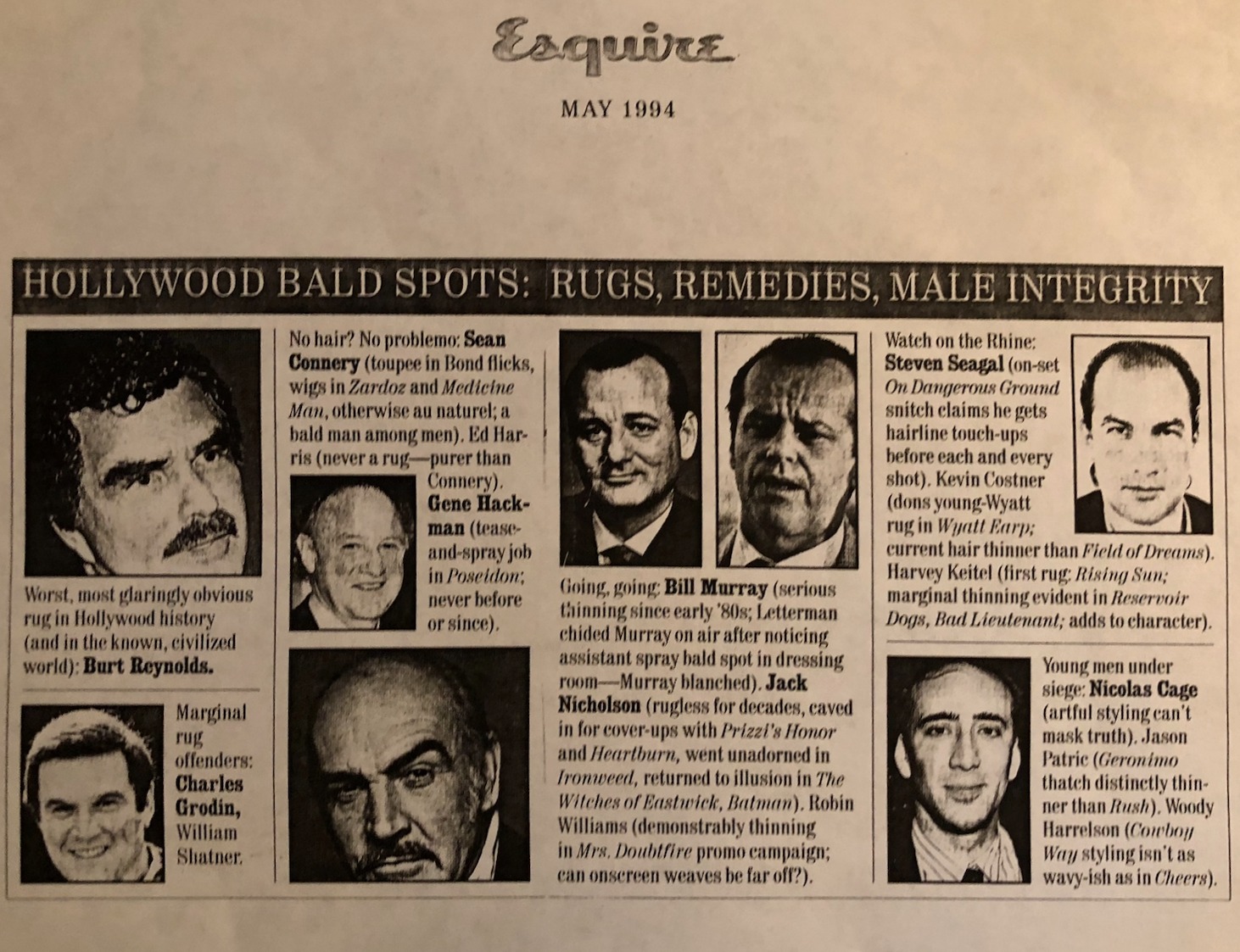 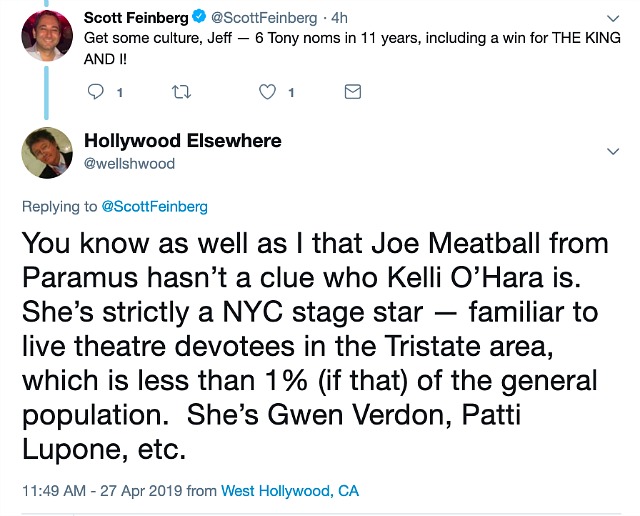 Here’s an L.A. Times Lewis Beale article about the making of Bolden (Abamorama, (5.3), a biopic about the cornetist and seminal jazz musician Buddy Bolden. Commonly regarded as the father of New Orleans jazz, Bolten’s band and more particularly his sound (“a fusion of ragtime, black sacred music, marching-band music, rural blues”) was heard in New Orleans clubs between 1900 and 1907. Bolden’s inspired run ended tragically — at age 30 he suffered an episode of acute alcoholic psychosis (i.e., drunkenness + schizophrenia) and wound up spending the rest of his life in the Louisiana State Insane Asylum in Jackson, a mental institution, where he spent the rest of his life. He died at age 54, in 1931.

George Clooney‘s Catch 22 miniseries (Hulu, 5.17, six episodes) looks visually similar to Mike Nichols‘ Catch 22 (’70), and they sound alike also. The thinking, I’m sure, was that Clooney’s six-hour version could accommodate more of Joseph Heller’s sprawling World War II saga (Clooney is playing Colonel Scheisskopf, a character ignored by the Nichols version) and that it might feel more satisfying than Nichols’ film, which after all was a critical and commercial bust.

I’ve mentioned this three or four times, but if you watch the Nichols version in HD on Amazon (which I highly recommend), you really, really need to listen to the Mike Nichols-Steven Soderbergh commentary track, which was originally included on the old 2001 DVD.

In ’74 I visited the destroyed Catch 22 airfield in San Carlos, Mexico (near Guaymas). Talk about a spooky, ghostly vibe. Nichols also shot in Rome.

The six-part limited series from Paramount Television and Anonymous Content is directed by Clooney, Grant Heslov and Ellen Kuras, who also serves as producer. Each directed two episodes.

Here’s an excellent Cinephilia & Beyond article about the Nichols version. 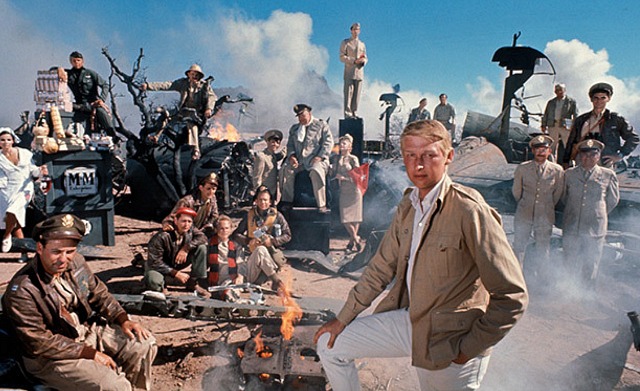 “Biden is in…finally, a fresh face! Joe made the announcement on his social-media platform — Western Union. This doesn’t mean I don’t think [Biden] shouldn’t be President just because he’s 76. That’s ageism, which is a form of bigotry just like the others. Having said that, he does have hair plugs that are older than Pete Buttigieg. And I strongly disagree with those people who say Joe Biden doesn’t have a vision — he doesn’t have night vision.”

“If Fyodor Dostoevsky had written the Mueller Report, it would be called Crime and No Punishment. It was like All The President’s Men meets Al Capone‘s vault…what the fuck? No prosecuting from the prosecutor. Preet Bharara was on Real Time the week the Barr summary came out, and I had one burning question: ‘Could a different prosecutor had reached a completely different conclusion?’ And he said yeah. That’s all I need to know. I get it — Mueller’s a boy scout, a straight arrow, he plays it by the book. But you may have noticed for the past three years that we’ve kind of been ‘off book.’ And greatness sometimes means not doing everything by the book.”