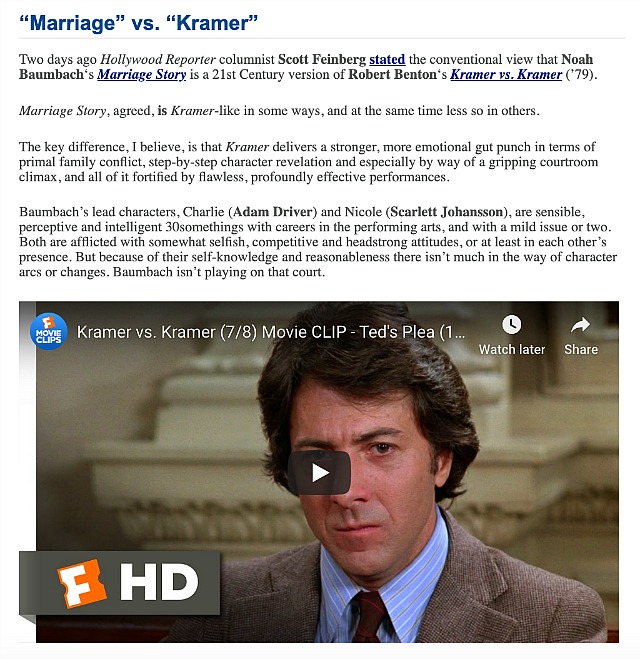 Hollywood Elsewhere sincerely apologizes for missing last night’s all-media screening of Elizabeth Banks‘ Charlie’s Angels. It’s not that I didn’t want to see it…okay, maybe it is that. Maybe I subconsciously “forgot” for this reason.

“The movie is relentless, pulpy and exciting, unabashedly derivative, and — at an hour and 58 minutes — a little too much of a rousingly of-the-moment feministic but still rather standard-issue thing.

“The new Charlie’s Angels is a heavier chunk of escape than any previous Angels incarnation — if the early–2000s films were pop, this one is metal.” — from Owen Gleiberman’s apparently gently phrased review.

Heroic Hollywood: “While speaking to SBIFF Cinema Society, Joker director Todd Phillips explained that there were a few scenes that he had to cut, the most notable of which was a scene had Joaquin Phoenix’s Arthur Fleck doing something bizarre while inside a bathtub.

“Phillips didn’t explain what this was exactly, but it seems as though the scene in question was meant to be highly disturbing.

“Usually, when a hard-R movie has to have a scene cut from the theatrical release in order to get MPAA approval, it’s because the scene in question is deemed pornographic. However, Phillips suggested that the scene that was removed is not sexually explicit in nature, but is simply too bizarre for a standard R-rated movie to handle.”

Why not just spill it?

John Sebastian + the MonaLisa Twins bonded a little more than two years ago. It only took me 7 and 1/2 months to catch up with this “Make Up Your Mind” video. Apart from the fact that Sebastian is 50 years older than he was at the time of the ’69 Woodstock Festival, what’s the main takeaway? The fact that his voice has dropped a few octaves, and he can no longer sing this 1966 tune in G major. 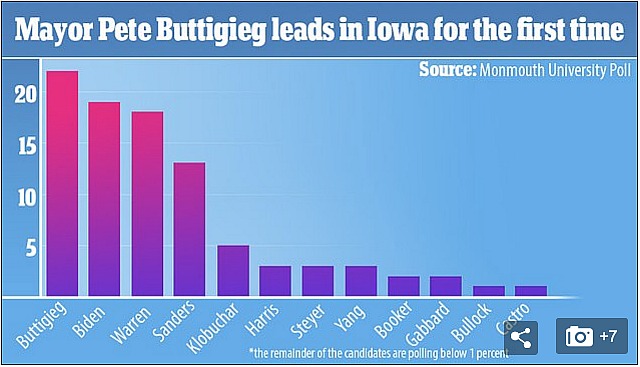 I can’t shake this awful premonition (which is backed up by polling data) that hinterland bumblefucks will mostly lean against Elizabeth Warren and go with the devil they know, and out of this Donald Trump may once again pull off an electoral college victory despite losing the popular vote. Bernie Sanders has his devotional following, but no path to the Democratic nomination.

The only candidates who could save us from a Warren loss are (a) Typewriter Joe, who’s been slipping in the polls and excites no one outside of retirement-age whites and mainstream African Americans, and (b) Pete Buttigieg, the only formidable Democratic contender who’s below retirement age and radiates a combination of intelligent practicality and X-factor excitement (but who faces a stiff uphill situation with African-American homophobes).

So Typewriter Joe is the only thing standing between the urban and suburban, reasonably well-educated, non-bumblefuck electorate and four more horrific years of The Beast. Joe is polling way ahead of Trump, which is obviously a comfort. But he’s a holdover, a withered brand, past his prime and so not the guy to run things in the 2020s. Better than Trump, of course, but if you set aside the decency factor and the practical-liberal approach to governing you’re left with a guy who’s repeatedly signalled that biology is tapping on his shoulder and who’ll be 82 when his first term ends.

Which is why I wrote yesterday that “I feel as if we’re all in the middle of this vaguely depressing, increasingly terrifying, extremely slow-motion political nightmare.”